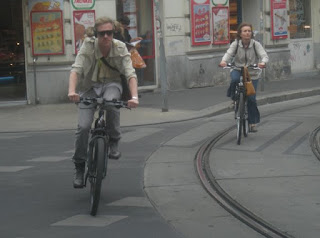 I have finally gotten up the nerve to go beyond photographing parked bicycles, and to capture cyclists in actions. Here they are, on the streets of Vienna. 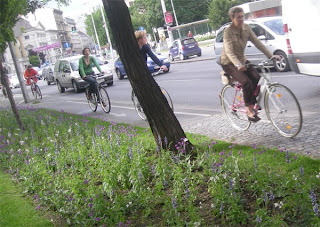 These photos were taken over the course of several days, along my normal walking routes. 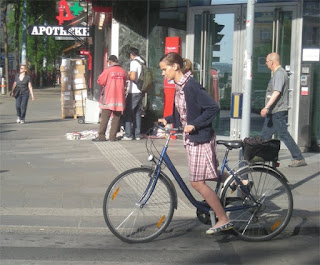 Looking at these now, I am struck by how distinctly un-picturesque the surroundings are -- something that is actually quite difficult to achieve when photographing Vienna! But the cyclists sure look nice. 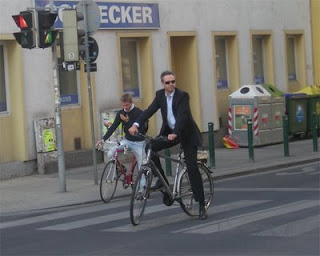 I did not have a chance to be selective and pretty much photographed whomever my camera was quick enough to capture. So this is a good sampling of what commuters here look like. 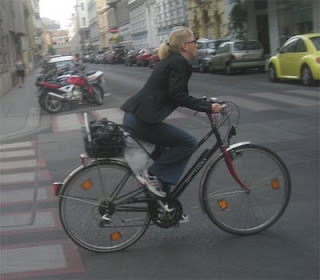 As you can see, the bicycles are mostly hybrids and comfort bikes, fitted with fenders, racks, baskets, etc. Lights are mandatory, so all bicycles here have them. 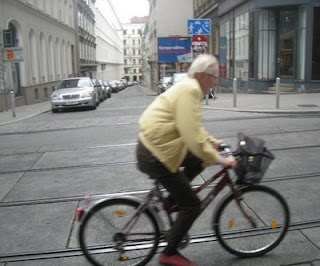 It is pretty common to see elderly persons cycling, often faster and more skillfully than younger ones. 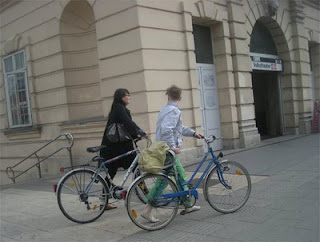 Bicycles are allowed into most parks and courtyards including inside the Museum Quartier (a maze of court yards where many of Vienna's museums are located, as well as outdoor cafes and small gardens). 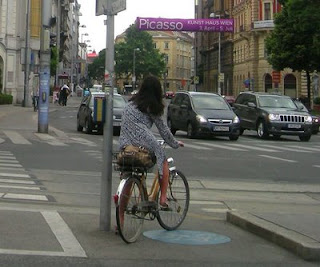 So there it is; my first bout of cyclist stealth photography. Granted, cycling culture in Vienna is not as dramatically stylish as in Amsterdam or Copenhagen, but overall still pretty cool -- at least compared to the US, where hunched over lycra-clad cyclists remain the norm.
Labels: skirt social commentary urban cycling Vienna