When Infrastructure Goes Unused: Some Ideas 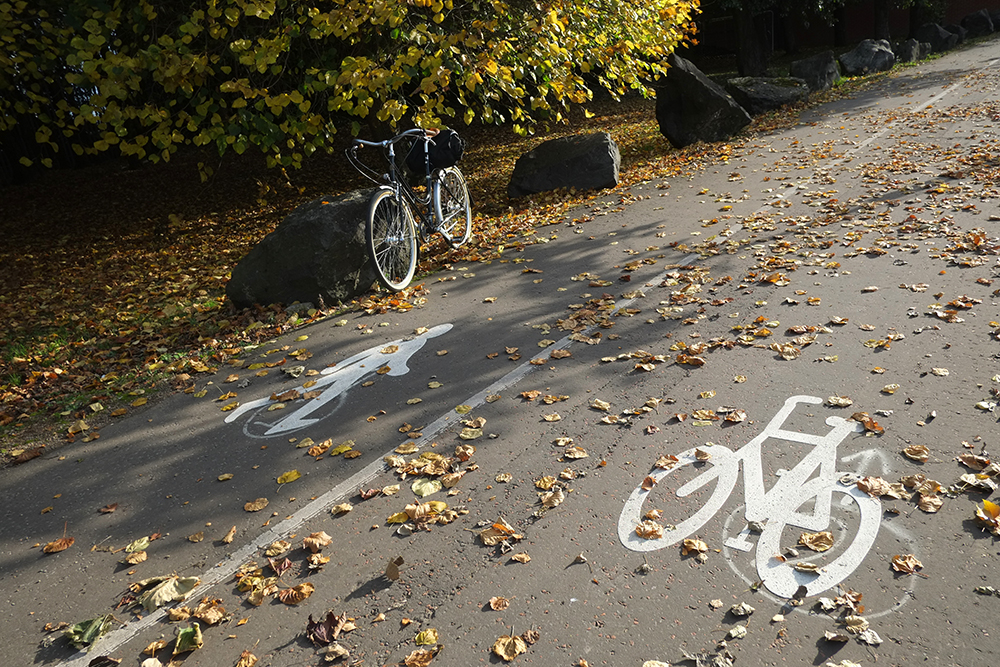 Lately there has been talk on social media stemming from accusations that some of the recently built vehicular infrastructure in the city of Belfast goes unused. Normally, I try not to get involved in such discussions, not being resident there myself. But once in a while I do have occasion to visit Belfast. And yesterday I was, frankly, concerned to observe this very phenomenon for myself.

I arrived into the city centre by train in early afternoon and proceeded to cycle some 4 miles to my destination in the industrial outskirts. And while I enjoyed the traffic-segregated cycling path that I was able to follow most of the way, I could not help but sense a strangeness... 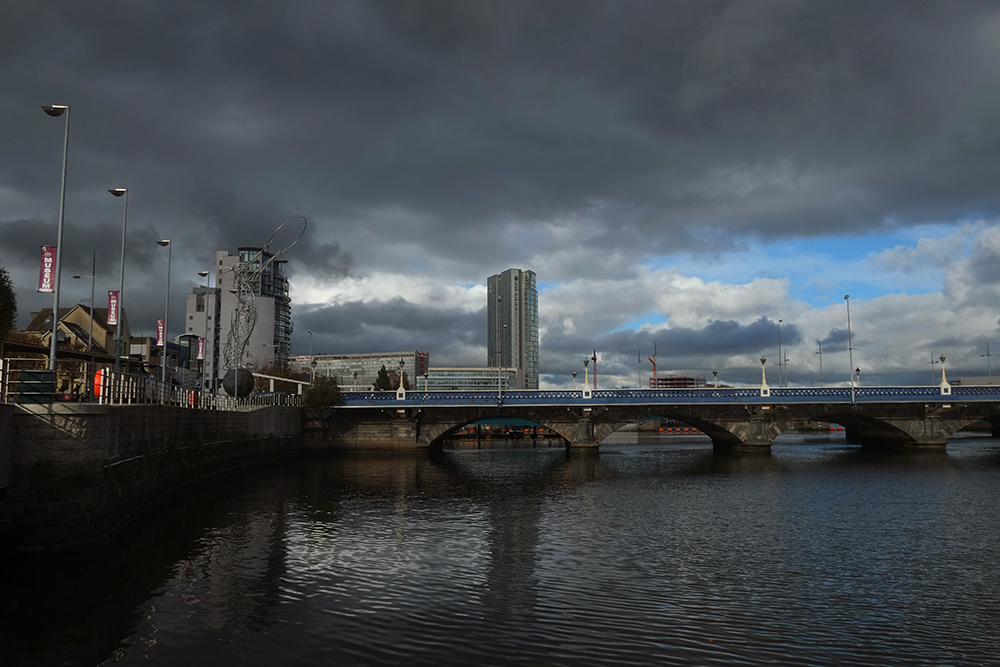 I could not pinpoint what felt off at first. But at length it dawned on me: The main road beside me - all four lanes of it - was completely empty of motor vehicles. Being an experienced urban cyclists, I was accustomed to a constant flow of cars in my peripheral vision, to the ever-present background buzz of traffic noise. But all I heard on this journey was the chirping of birds and the woosh of passing cyclists' tyres. I stopped my bike, pulled over to the side of the path, and faced the road. Out of curiosity, I wanted to count how many drivers per minute used this expansive multi-lane avenue that had obviously been constructed for their benefit. Would you believe that I had to wait nearly two minutes before a single motor vehicle drove past. And that was a lorry backing out of a produce warehouse.

So I took some snapshots documenting examples of the city's transport infrastructure going unused. And make no mistake, I plan to send it to the relevant authorities, adding my voice to those calling for its dismantlement. In the meanwhile, as I always try to temper criticism with constructive suggestions, allow me to use this platform to throw some ideas out there on alternative uses of the space. 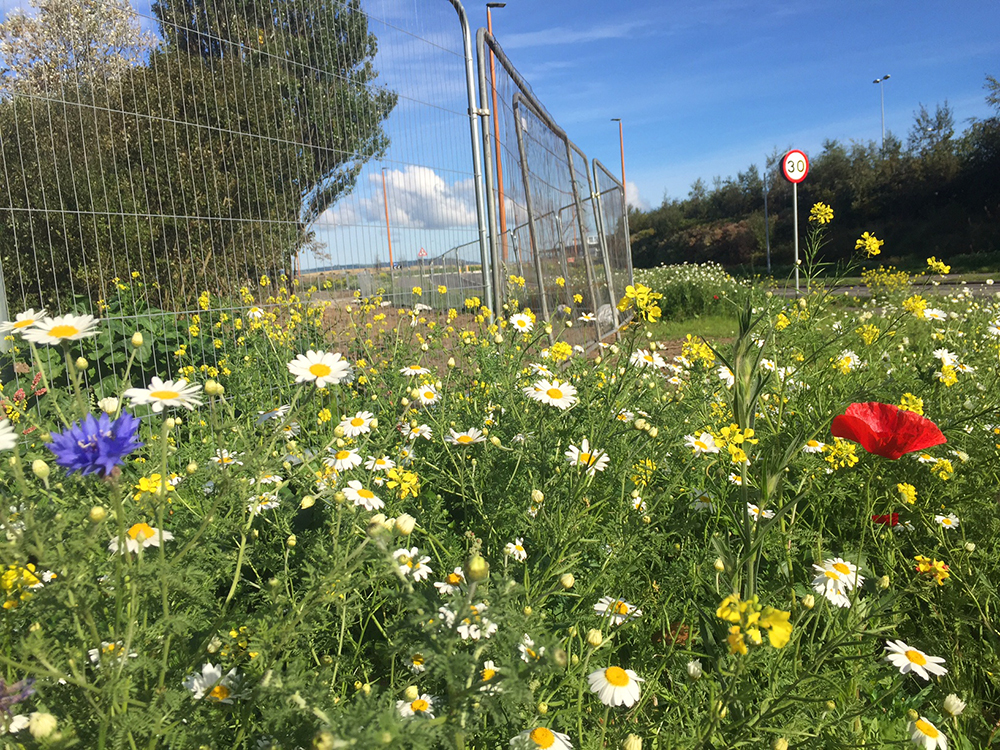 Okay, that's more like two words. Or a double-word? Well, whatever. The point being, you know the concept of urban greenways? Well, Rainbow-Ways would be similar, except they'd be swathes of wildflower meadows.

To the delight of residents and visitors alike, the city has already been planting mini-meadows around construction sites, unsightly municipal buildings, and vacant lots. Now imagine entire wildflower meadow thoroughfares, for pedestrians and cyclists, unfurled throughout the entire city like like a fragrant rainbow carpet! Sounds lovely, doesn't it. And judging by the overcrowded state of the Lagan river path, the Comber Greenway, and all those pedestrian alleyways around the Cathedral Quarter, a nice spacious rainbow-way will help clear up those areas from all the bike/walk congestion. 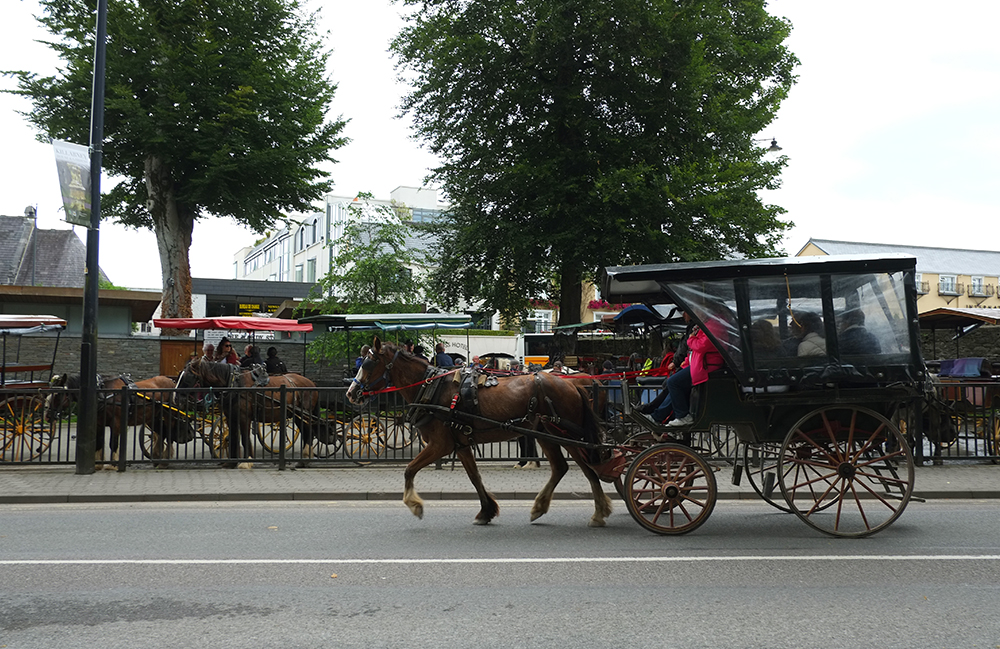 Another possibility worth looking into, would be to institute some dedicated horse and cart tracks.

Ever visit the town of Killarney down in County Kerry? Let me tell you, the place is thick with horse and cart operations. It's actually quite ingenious. They use them both as taxis and for sight-seeing purposes, and make no mistake about it: they are making a fortune in revenue down there. The passenger capacity of the carts surpasses that of private motorised sedans, and their speed is comparable to that of a typical taxi in urban traffic. And since the views are better from up high, the tourists love it.

Let's not forget that countless new job opportunities can be created, for horse&cart operators and for urban pony breeders alike. And just think of all the free manure generated, which could then be collected and used to fertilise the adjacent wildflower meadow rainbow-ways.  It could be the perfect self-sustaining ecosystem. 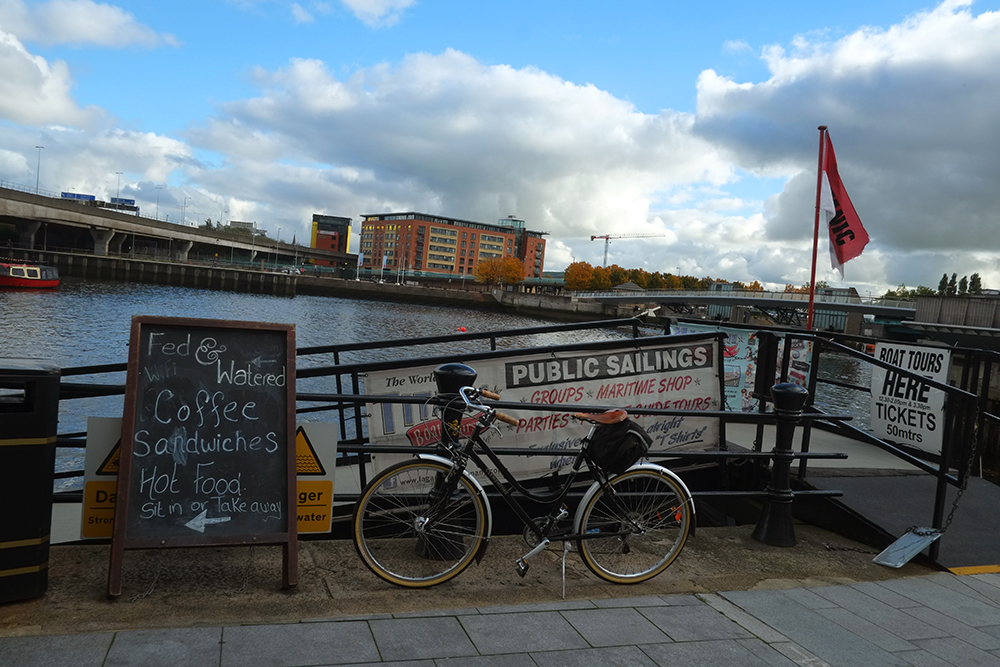 Another option to be seriously considered, is to do away with the gratuitous roadways in favour of canals. That's right, canals. And hear me out here:

Whenever I visit Belfast, I can't help but notice that the Lagan river is really crowded beyond capacity with boats offering tours, barges that are also pubs, a variety of maritime museums, and other floating businesses. Dismantling some of Belfast’s low-usage roads and turning them into lovely artificial waterways would allow the boat tour/ floating pub/ moored barbershop industries the room to grow they so obviously need. And again, think of the jobs that will be created. And of all the tourists who roam the riverside endlessly in search for activities will have new places to visit. 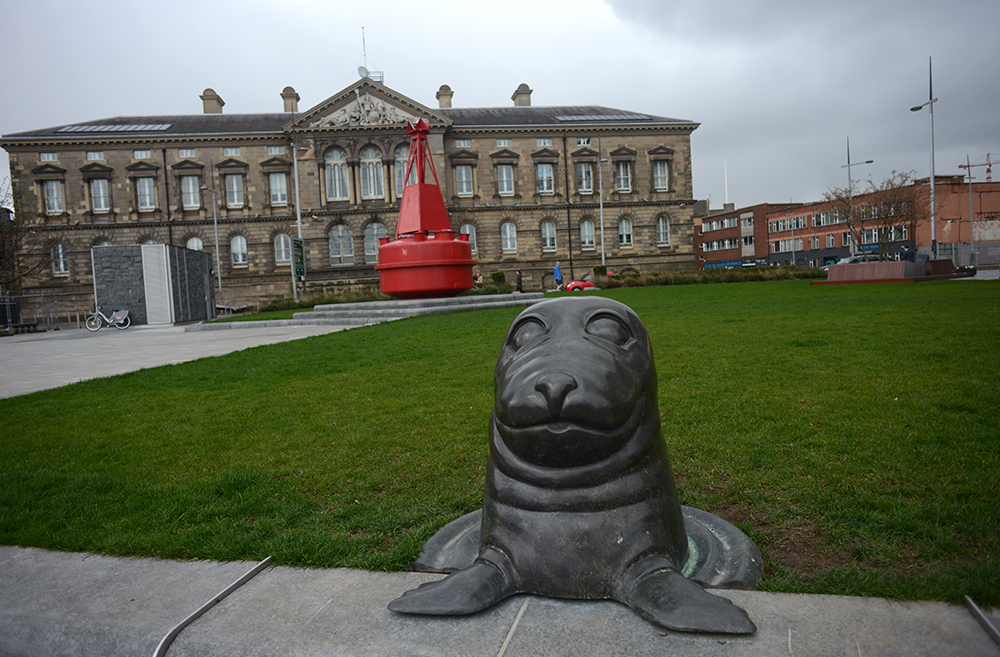 Finally, on a related note: I have long noticed that the city of Belfast attracts persons of an artistic inclination. This is obvious not only by the overabundance of sculptures, murals, and all manner of artistic creations that pepper the urban landscape, but, more tellingly, by the fact that these installations are perpetually so crowded with admirers that it is nearly impossible to enjoy an unobstructed view in passing.

I mean, have you tried to get near the Big Fish lately? That's what I thought! You have to queue for a good 30 minutes to get an unobstructed view of that ceramic marvel these days. You'd be lucky to catch a glimpse of the nearby seal sculptures without someone sitting on every one of their heads. And let us not even speak of the murals, sectarian or otherwise. It's like vying for a peek at the Mona Lisa at the Louvre; you'd need a pogo-stick to see over the other onlookers' shoulders.

Clearly, no matter how many art pieces the city of Belfast erects, there is simply more demand than supply. So I was thinking, that with all the roads standing empty, why not create a dedicated sculpture trail? An avenue of the arts, as it were, with occasional snack booths, gift shops, and (tastefully constructed) toilet facilities to ensure uninterrupted public use of the space.

That said, I do not want to dominate this conversation with my views. There are many wonderful uses for all those horrible multi-lane roadways that cities misguidedly construct to cater to their imagined motoring culture. Regardless of which alternative usage ideas are implemented in the end, I am proud of Belfast for getting the narrative started and look forward to a city transformed. What would you like to see in place of gratuitous roadways in your city or town?