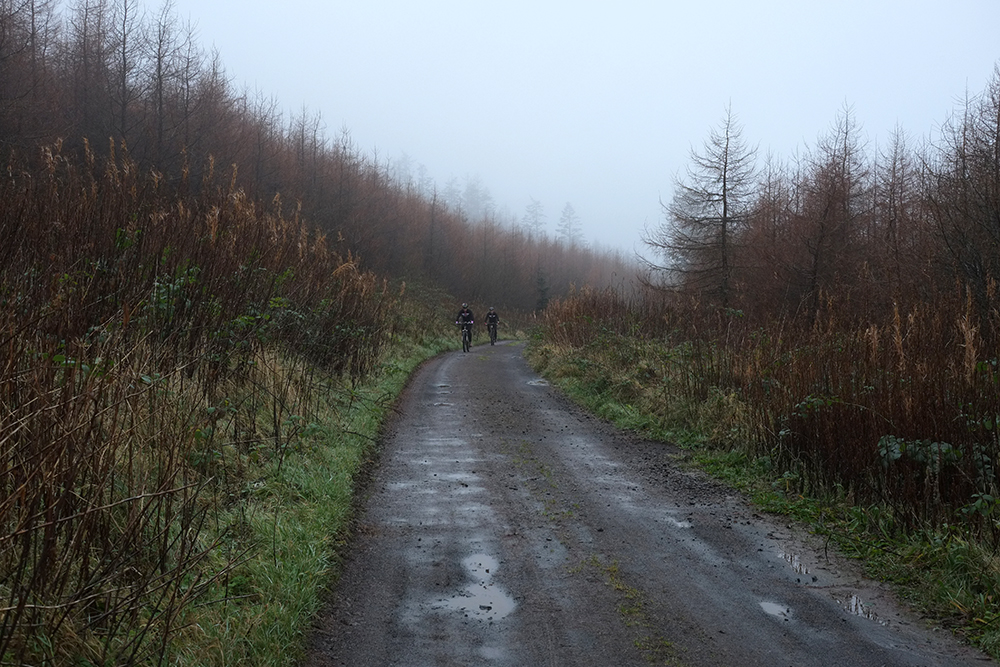 By way of a New Year's greeting, I received a text from a friend containing the following joke:

US tourist to Irish child: Does it ever stop raining here?
Child replies: I don't know, I am only 8.

Okay, so it hasn't quite been eight years. But for the past several weeks it has been raining here continuously, the water stopping only once in a while and for no more than a couple of hours at a time, as if to catch its breath before proceeding with renewed vigor. In the beginning I would try to time my rides to correspond with these drier windows of opportunity. But eventually this proved futile, and so eventually I adjusted my notions of "decent weather" to the present reality.

Have you ever cycled upon a seemingly paved road and felt the water wrung out of it, as if from a porous sponge, under the weight of your bicycle's tyres? The land is boggy here. It retains water like a cotton rag. And the roads, more chipseal than asphalt, do not altogether disable this feature. After multiple days of rain, I can feel the road heave beneath me, like some gritty dough my tyres are kneading. After many "quality miles" on squishy, soggy tarmac my understanding of what could constitute "wet roads" had grown infinitely more nuanced. We have not gotten the floods that other parts of the Isles have suffered from. But roads do get submerged with some regularity and cycling along them has been an adventure. Generally speaking, it is a bad idea to cycle through standing water. However, it is less risky if you are sufficiently familiar with the road to know what lies underneath. You can then proceed slowly (but not so slowly as to lose momentum) and cautiously, coasting with pedals held horizontal through stretches deep enough to swallow your toe on the downstroke.

One time - ironically, in the suburbs of Boston, and not in rural Ireland - I was caught in a flash flood and ended up cycling through water so deep the bike got submerged past the bottom bracket. As it happened, this wasn't my own bicycle, but an unfamiliar carbon fiber test bike I was riding to return. To my relief, it steered safely through the flood waters, maneuvering past the cacophonous mile-long traffic jam without incident. Later it was placed upside-down to dry and seemed not much worse for wear.

Though I don't recommend it unless absolutely necessary, when all is said in done it is infinitely less unpleasant to cross standing water by bicycle than to walk through it - especially in the cold!

While a road that is only marginally wet might seem least problematic, in the winter it is actually quite dangerous. Under heavily overcast skies it is hard to distinguish the sheen of wet tarmac from black ice. Better to see the water running across the road in thin streams; that way at least it's clear that it has not frozen. 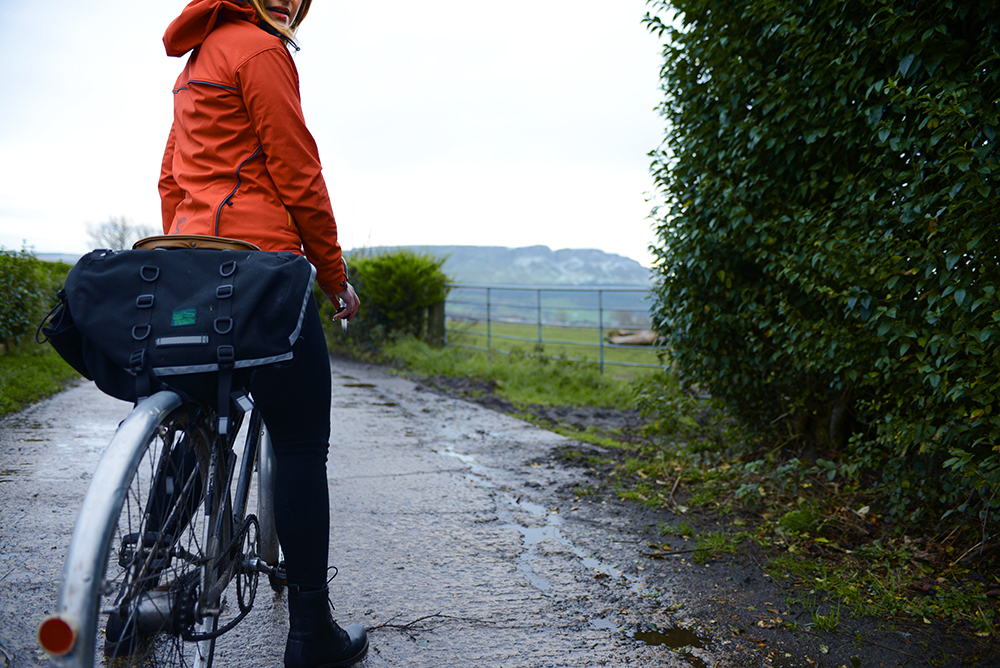 When exchanging advice for how to cycle in the rain - what to wear, how to outfit our bikes, how to carry stuff, etc. - there is an assumption that the rain is an occurrence that is both finite and occasional. But what about when it is frequent? constant? Clothing, shoes and bags that are merely water-resisant no longer do the job. Even things such as lights and the functionality of our brakes might need to be reconsidered, should we find ourselves in the situation of the proverbial 8-year-old Irish child.

For the most part though, for me it is about mood and energy. I am quite accustomed to riding in bad weather. And, for a delicate neurotic, I am surprisingly hardy when faced with tricky road conditions. And yet, cycling in the rain, day in and day out without respite, has been more draining than I would have expected. The relentless wetness is un-cozy, the grayness and un-lifting fog unsettling. I am battling it by consuming copious amounts of soup, constantly drying things by the fire, and mixing it up with bright clothing. And reminding myself that I'm lucky to be able to ride my bike at all in the middle of winter! For those who live in wet lands, what are your coping strategies?