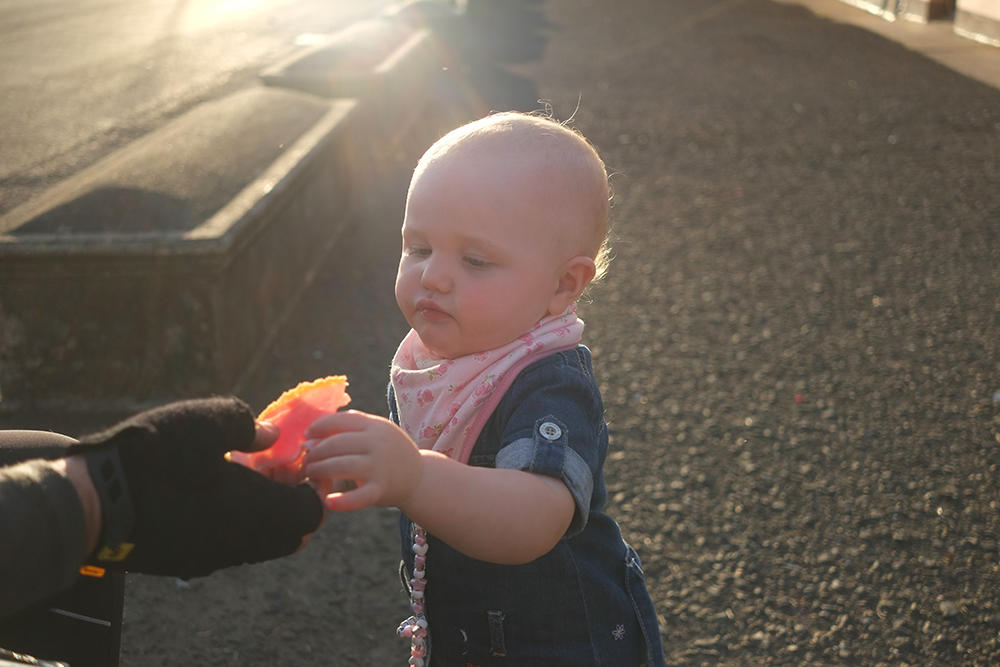 Like any other "cycling couple," over time we have developed a slew of little rituals and traditions that punctate our rides. One of these is that, along a popular "endlessly climbing" route, we stop at the tiny village shop at the top of the hill, catch our breath, then buy a packet of cold cuts and eat them at the side of the road before continuing onward.

We have noticed the universe smiles upon this ritual. Somehow, no matter the weather and time of day, the sun always comes out just as we sit on the crumbling stone wall and peel back the plastic wrapper of our purchase. It is a low, northern sun that bathes everything in rose-tinted gold. The ham, the grass-covered castle ruins, the steep winding road we have just climbed, the tattered sectarian flags billowing in the breeze, the stained wall of the rundown pub and shop, and our bicycles leaning against it - all of these things acquire a charmed, magical sheen, making us drowsy with aesthetic overload and relaxed appreciation.

Every so often, a person enters or exits the shop, and looks at the pair of us, delirious ham-eaters, with a mixture of amusement and curiosity. Mostly they nod as they walk past. Some will strike up a conversation.

Quare day for a cycle theday.

Oh aye. It's cold getting.

And where are yees from yourselves?

On one occasion, a shopper too young for such an exchange broke free of her grandmother's grasp and ran toward us, arms outstretched, cooing and smiling giddily at the sight of our roadside meal. A moment later she was beside us, twirling around coyly and eying the slices of ham with a meaningful seriousness. "Coo?"

Out of breath and embarrassed, the grandmother caught up to her charge, uttering apologies and attempting to gently drag the toddler away. "Come away love; granny will buy you some ham in the shop!" But clearly granny could not see the unique merits of this particular ham and the girl writhed and gurgled in attempts to explain them to her. "Coo!" she whimpered plaintively, hand straining toward the wafer thin slices, glowing and transparent in the sunlight. "Coo..."

Casting a "may I?" glance at the grownup and receiving an exasperated nod of approval, we took turns reaching our visitor bits of ham. To our surprise, she did not grab, but took and ate them slowly, luxuriating, apparently, in the exchange itself more than in the eating. In grasping the ham her fingers brushed against the terrycloth palms of our cycling gloves, and this seemed to cause particular delight. 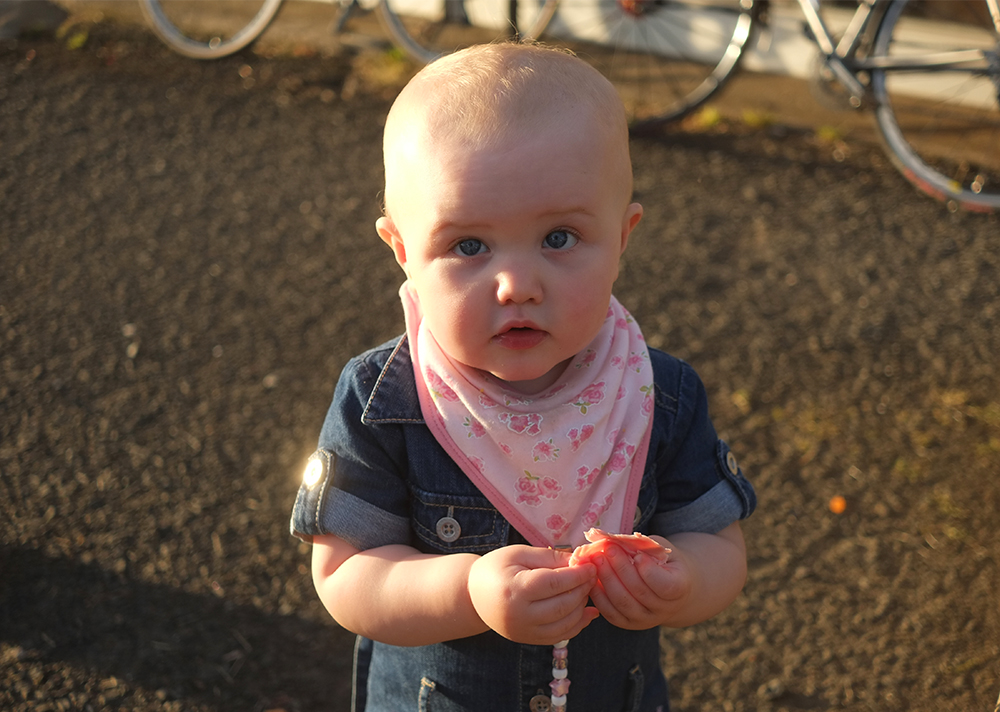 When the packet was empty, we expected our companion to lose interest in us abruptly. But instead, she tugged at our sleeves excitedly, as if to direct us to rise. When we failed to heed these instructions, she ran off and, glancing over her shoulder at us impatiently, headed for our bicycles. She commenced immediately to tug at my front wheel, so that at once I shot up and ran toward the bike to prevent it from falling on top of her.

"Coo!" she said, smacking her lips. Then, "Coo!" pointing eagerly at the bicycles. I could only interpret this to mean "I have eaten the tasty ham. Now I am ready to cycle."

Long after the flustered grandmother had managed to wrangle the child into the shop and we had set off on our way, I continued to marvel over this exchange. That little creature, not much older than two by the looks of her, had managed to deduce that we were eating a magical food that enabled us to ride those two wheeled contraptions. But how had she formed that connection? Was it an obvious one, according to the logic of toddlers, or was our interaction guided by that strange sort of magic specific to cycling encounters? Perhaps a little bit of both.
Labels: bike friends children food stories