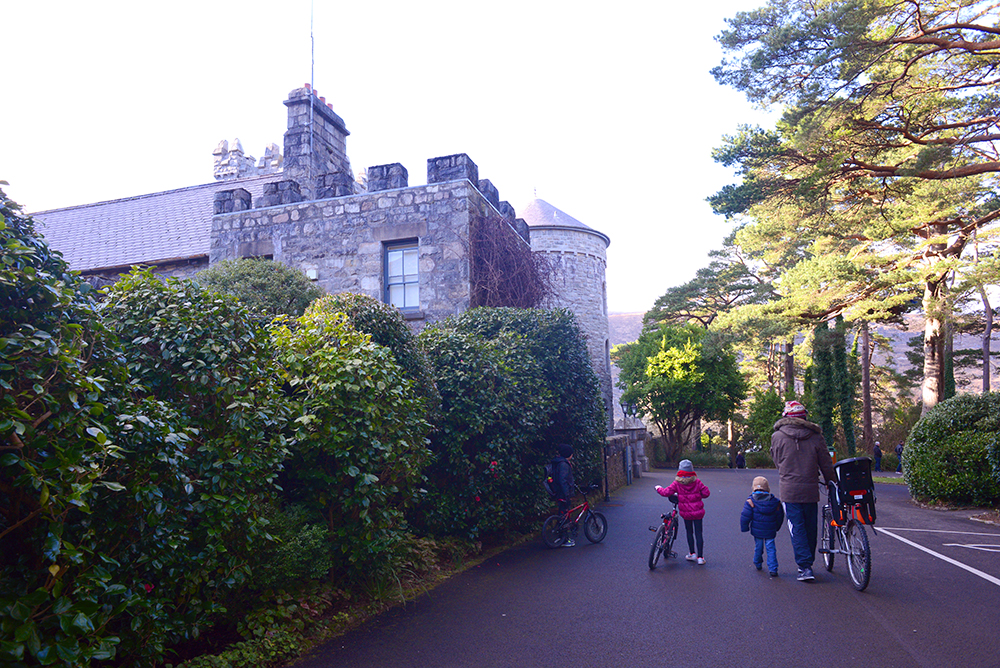 On a visit to a nearby nature reserve last weekend, I noticed a man out cycling with his 3 small children. The elder boy and girl, who looked no older than 6 and 5, pedaled along on their own tiny bikes, while the youngest - a toddler - sat in a child's seat at the back of the father's hybrid. I spotted them at the end of the road leading up to the Castle, which meant they were in for a 5 mile round trip overall. Impressed with the kids' good behaviour and stamina, I tried to recall the last time I'd seen children so young out cycling. It had been a while. In the rural area where I now live it's uncommon to see children on bikes beyond the confines of their immediate neighbourhoods. This is not so much due to a lack of infrastructure, as to the nature of the local topography. The area is hilly, and most routes involve climbs and descents that may prove beyond a child's ability. Heck, even adults who are not "cyclists" in the athletic sense of the word, can find themselves overwhelmed.

I was reminded of this fact by an acquaintance, who recently came to Ireland on business and wanted to pay me a visit. His plan was to take the train as far as the nearby town of Coleraine, then cover the remaining 12 miles to my place in Magilligan by bicycle. I offered directions for those 12 miles, but he assured me he knew the way - he had a map! When he finally arrived - an hour later than expected, soaking in sweat, and looking utterly miserable - the first words out of his mouth were "How can you ride a bike here at all?!"

Right away I knew what had transpired. The poor, innocent dear had followed the Sustrans National Cycling Network map: namely, that sadistic portion of Route 93 which drags unsuspecting cyclists over the steepest, twistiest roads of Binevenagh Mountain - despite the availability of a much flatter coastal route (with traffic-separated infrastructure along a good part of it at that!).

Once I had managed to revive my stunned visitor with calories and humor, I explained about the existence of tamer, alternative routes. We then had a discussion about why the so-called "national cycle network" was designed around such challenging terrain. The name made the network sound inclusive, but in fact who was it for? If a fit, experienced roadie found the route it suggested "unreasonable," then how could a less athletic cyclist - let alone an elderly person or a family with kids - manage the same trek? Obviously they cannot. Which is why, after giving the National Cycling Network a go, casual cyclists around these parts - and other places like it - are likely to drive their bicycles to a park rather than take to the open roads. One might almost be tempted to suspect that this outcome is what the authors of the Sustrans routes are aiming for. Certainly local cyclists joke about that possibility.

Whenever I am tasked with planning a cycling route, the first thing I do is consider my audience. I want the person using my route to enjoy themselves. At the end of the ride I want them to be more in love with cycling than ever - not frightened of it or put off by it. To be sure, on occasion I misjudge... Like the time I took a friend up a climb that proved too steep for him, resulting in some colourful language being flung my way. But on the whole, I have gotten pretty good at planning routes based on ability. Oftentimes I'll discover a new road, and think "This would be perfect for so-and-so next time we ride together." It's a fun form of match-making.