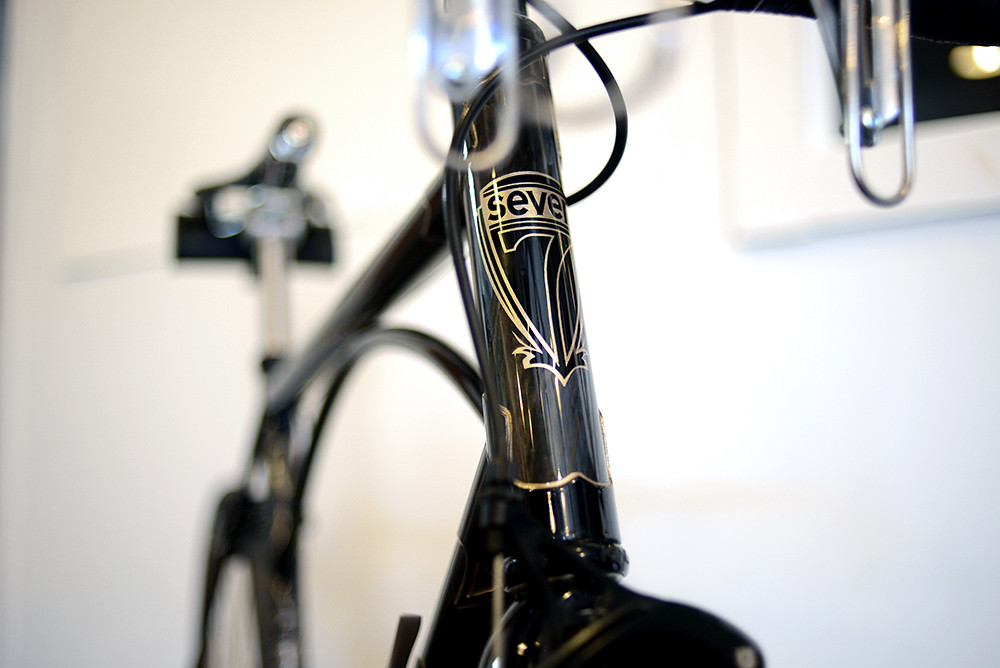 Much has been written about the amazing Boston framebuilders family tree - in particular, of the legacy left behind by the Somerville-based Fat Chance and Merlin. A good portion of the New England builders we know and love today can trace their roots to one of these storied manufacturers. That includes Seven Cycles and ANT, which were founded by former Merlin and Fat Chance employees, respectively. Now it seems that a merging of these lineages will take place. Last week, Mike Flanigan announced that he will be closing ANT and joining Seven as a full time welder.

Though I only learned the news recently, I had a faint flash of intuition about it several month ago, when I saw the Seven Pioneer bike and (since ANT is known for its truss bike designs) thought "wouldn't it be something if they worked together." Still, the news that Mike was closing shop came as a shock to me, as I am sure it did to all of his customers, fans and friends. Over its memorable 14 year run, ANT Bikes was a successful one man operation. With his focus on sturdy, practical utility bikes at a time when few custom builders would deviate from the standard road frame, Mike built up a solid base of fans and loyal customers who appreciated his unique work. As transportation cycling in the US gained momentum, he became particularly well known for his loop frame city bikes and basket bikes. And for the real wow-factor, there were his historically-inspired models such as the Scorcher and the Truss Bike - not to mention the quirky one-off wonders like this wooden copper luged bicycle! Whenever possible, Mike has always tried to equip his bikes with locally made components - including those he would make himself. He offered financially accessible build options. He hosted open houses, donated his bikes to charity auctions, and participated in local bicycle shows. Mike was always extremely supportive of fellow framebuilders, in particular newcomers. Several years ago he began to offer formal framebuilding classes, which became internationally popular. ANT bicycles have been featured in museum exhibitions and design books. In short, with his work at ANT Mike has delighted and influenced a great number of people, myself very much included. I will always cherish my ANT truss bike, and will remember the skills Mike taught me even if I never pick up a brazing torch again.

Mike's move to Seven Cycles will be a life change for certain. But sometimes it's time for a change. While working at Seven, Mike will continue building bikes in his spare time in a pared-down workshop. In contrast to most of his previous work at ANT and his new role at Seven, he will be using traditional lugged steel brazing techniques in his own future builds. Lugged ANTs? Finally I may get my wish!

As a follower of Mike Flanigan's work over the past 6 years as well as his friend, I sincerely wish him the best in his new endeavors. Seven Cycles will be all the cooler for having him on board.
Labels: bike friends Boston framebuilders