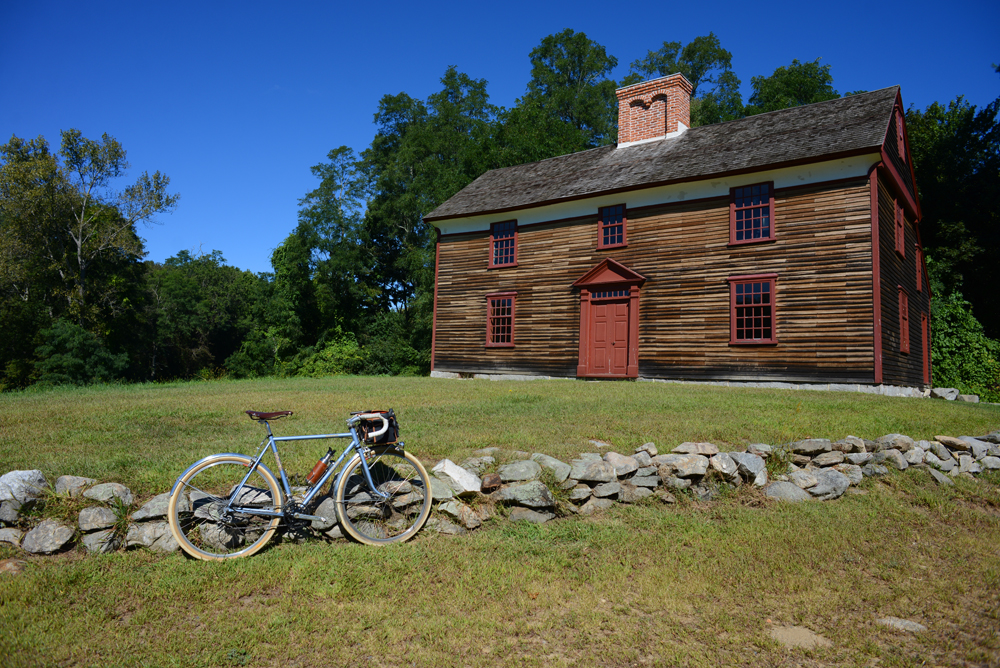 In the corner of the dusty storage room the bike slumped against the wall, front wheel and fender beside it. As I knelt to attach them, I tried to remember where it was that I'd taken the bicycle last time I rode it. Whose car was it? Where did we go? I was drawing a blank. As if searching for clues, I rummaged in the handlebar bag, but it had been cleaned out with an unusual, for me, meticulousness. Empty. Then I stuck my hand in the one pocket where I hadn't yet looked and fished out four neatly folded bills: a ten, a five, and two ones. Was this discovery a surprise, or did I know the cash was there all along, looking for it without realising it? I was about to pocket the money, when a strange feeling of guilt crept over me… as if I was stealing from the bike. I placed it back in the bag and then, mentally rolling my eyes at myself, dragged the bike outside into the morning sunlight. In that dark room, I had allowed myself to feel haunted by its presence. But after all, it is only a bicycle. A machine. 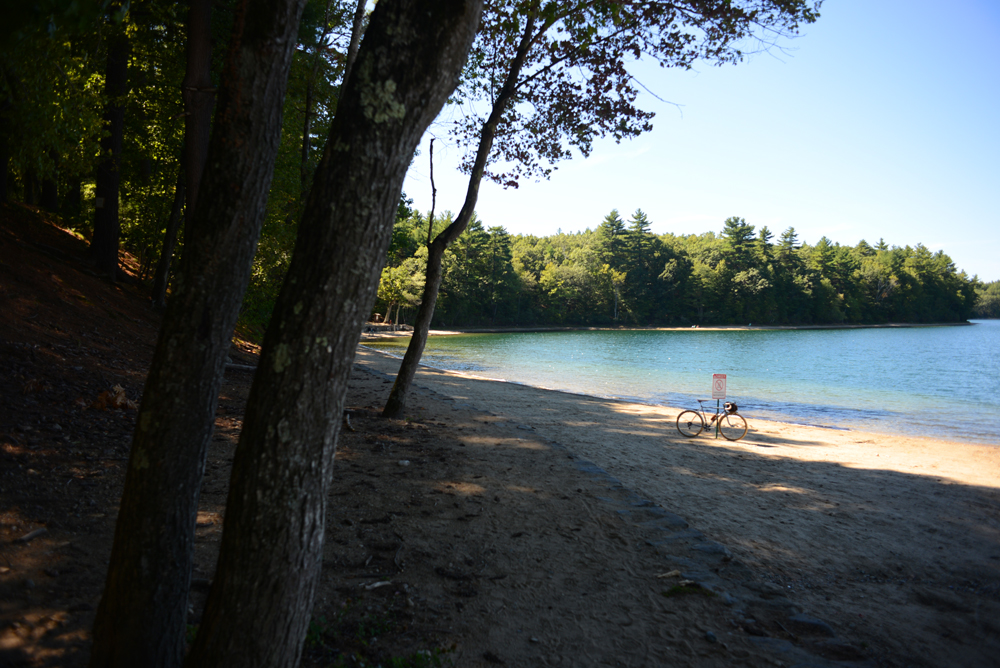 In the dry leaf-scented, early Autumn heat I rode and rode through once-familiar roads, up and down once-familiar hills. There were times when the bike seemed to know the way better than I did. I would approach an intersection, uncertain of how to continue, when the bike would, ever so subtly, pull to the right, or the left, and this would always be the correct way. My own route memory lagged slightly behind, synchronising with the bike's only after we'd make the turn. 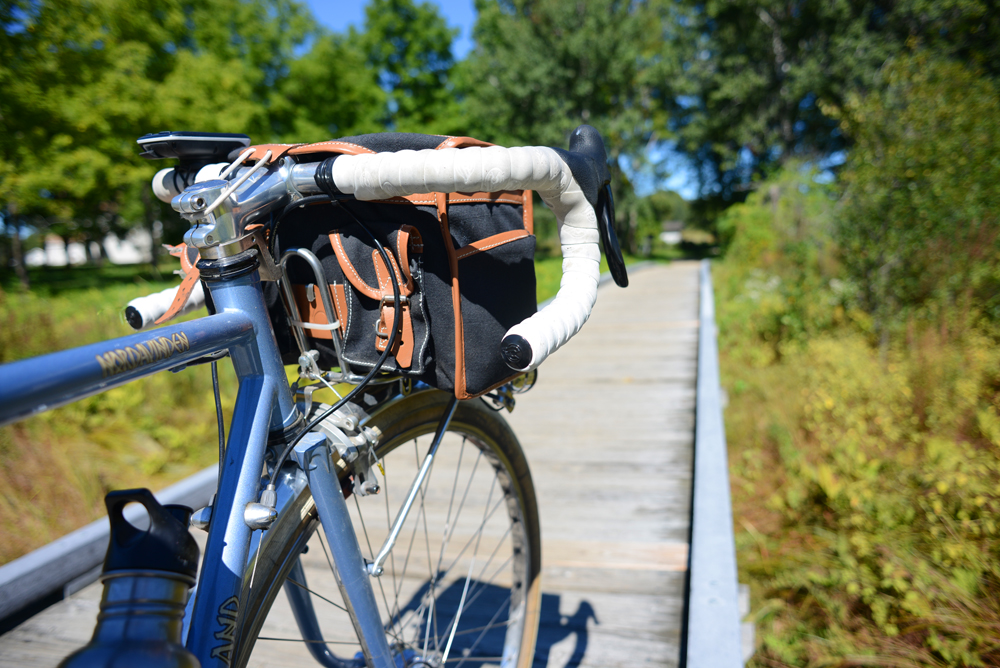 On the dirt road, I relaxed on a descent through loose sand. I rolled blithely along the narrow zig-zagging boardwalks that cross the swamps. I had all but forgotten how to do this kind of riding. But my view from the saddle - the view of the dirty handlebars, sun-faded bag, and bit of fat cream tire peaking out - brought it all back. Riding here, the bike clicked into place, and the boardwalk and sand clicked into place, as if they were meant to go together - pieces in a visuo-tactile jigsaw puzzle. 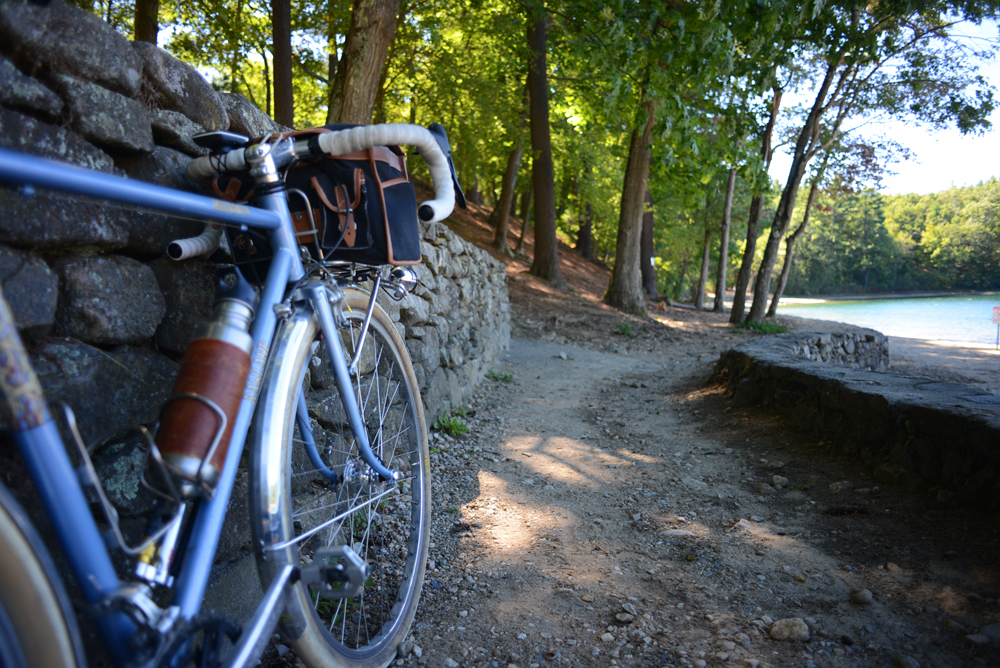 When I stopped for food, I reached again for the money. It felt right this time, as if the bicycle was treating me to lunch on this ride. That was what that money was meant for, and only that. But now, crumpled underneath the folded bills, I felt something else jammed at the bottom of the pocket, and pulled it out. It was a half-discinegrated piece of paper with faded text. On closer inspection I saw it was a piece of an old route sheet. And, studying it closer still, I saw it was the route of the 300K brevet I'd abandoned. Strangely, this made me smile. And then, for reasons unknown, instead of throwing it in the waste bin I was standing next to, I crumpled it back up and pressed it into the bottom of the pocket where I'd found it. 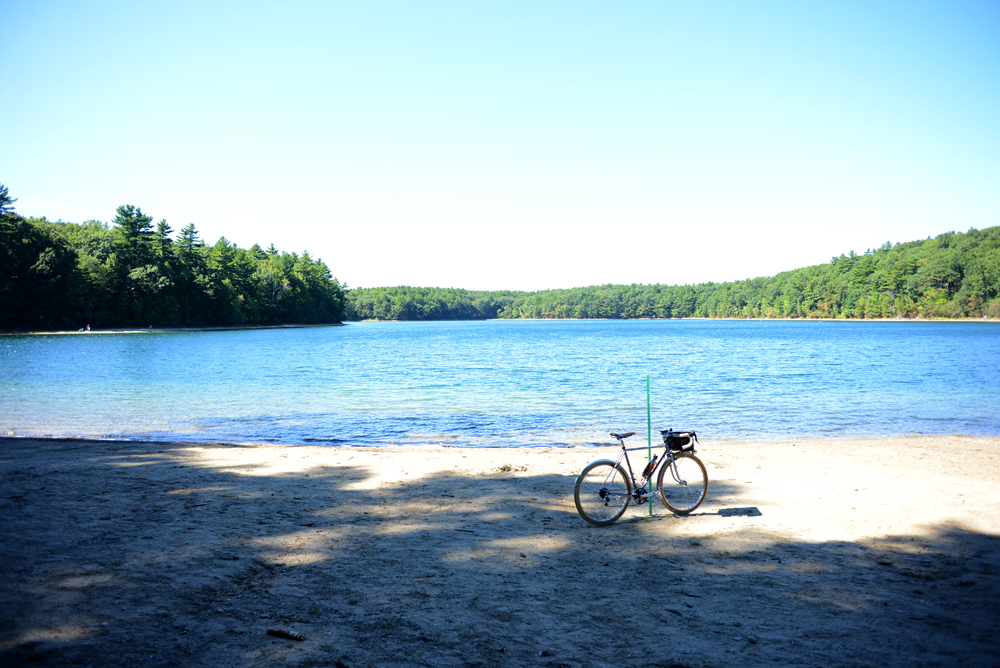 Bicycles are only things. But what kind of things are they? They are inanimate objects that we, humans, animate and keep synchronised with our own rhythms and motions. Bicycles do not have experiences. But experiences are imprinted upon them through use. With every mile of rough road they roll through and with every drop of corrosive sweat that falls upon them, the machines come to reflect their environments and their owners. They store and activate memories.

I had bought this bike with intent to resell it once it had served its purpose. But when the time came, I ran into a mental and emotional barrier. I stalled and changed my mind half a dozen times. The bike felt too personal, and that made it unsellable. It was only after this ride that I finally felt it was time. It was time to gently, but swiftly, kill it - to give the frame I'd built for myself a chance to live, just as I had planned to in the first place, by moving over the components. And this bike? Stripped of its holistic bikeyness, it will lose its identity - and hopefully find another, replete with new machine memories.
Labels: psychology Rawland stories trails unpaved