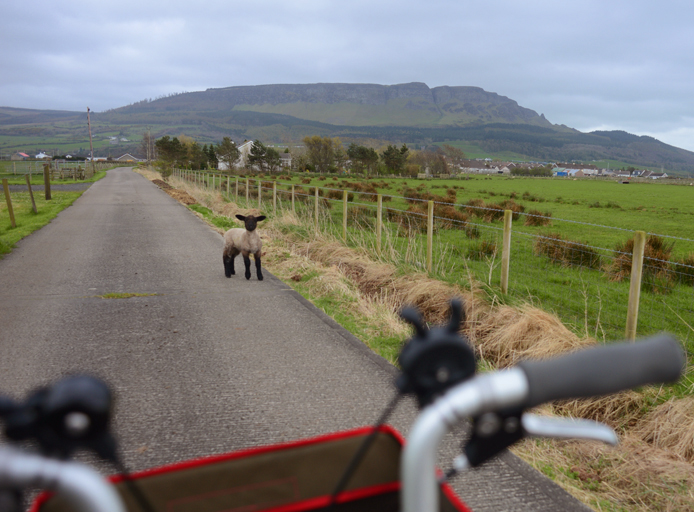 The first time it happened unintentionally. I was cycling down a neighbouring farm lane, when I noticed frantic activity in front of one of the cottages. The farmers - a man and woman in their 60s - crouched facing each other with their arms spread wide open, as if about to perform some strange circle dance. As I got closer I saw they were attempting to surround a tiny, highly vocal bundle of white fleece. The creature, sensing that capture was near, leapt and darted about wildly until it evaded the two pairs of outstretched hands and galloped away. Never having witnessed such a scene before, I stood frozen over my bike for a moment, mouth agape, watching the newly born lamb - hardly larger than a cat - disappear down the lane in the direction of the shore. For a moment the others stood silent as well. And then all at once we knew what needed to happen. By the time the farmer said "Would you go and chase it down on your wee bike?" my foot was already pushing the pedal. 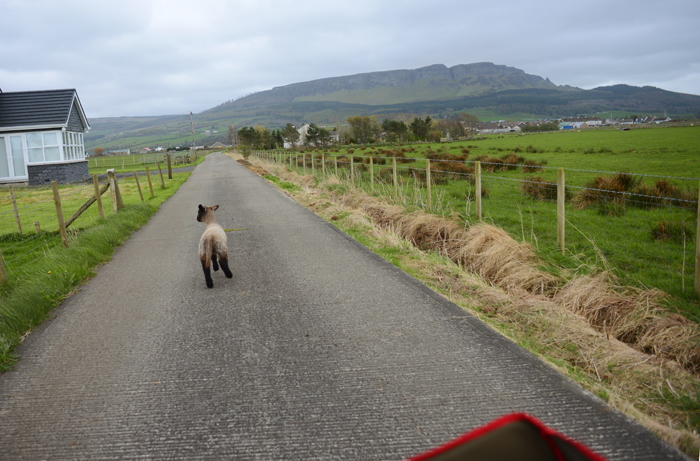 So what exactly is involved in herding a lamb by bike? Luckily I had watched sheep dogs do this a few times, so I wasn't entirely clueless. First, I cycled fast, to catch up with the lamb. The rush from the escape having subsided, it now hopped along anxiously, its tail trembling, not sure what to do next. I slowed down and cycled directly behind it, coasting to let it hear the ticking of my hub and sense my looming presence. And then, ever so slowly and carefully, I maneuvered my bike as if I meant to cycle around it and into its path. 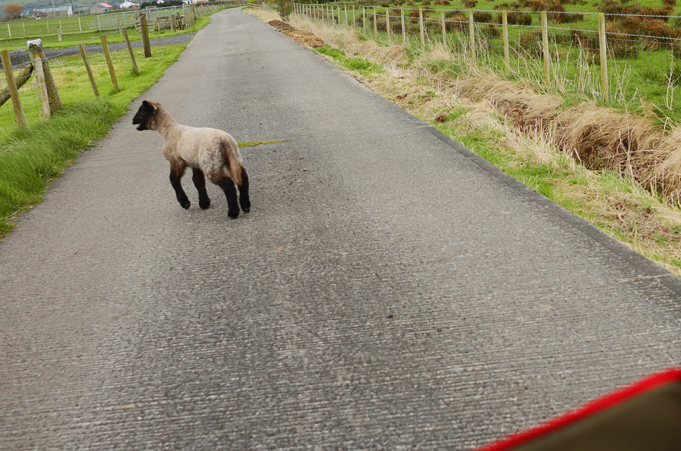 After some initial moments of indecision, the lamb did what I had seen others do when confronted with this maneuver - it made a U-turn and ran back in the direction of the farm. Slowly I followed close in its tracks to make sure it kept this course. It was growing dusky by this time and my bicycle's headlight was glowing bright, illuminating our path. When the farmers spotted us approaching they were ready and grabbed the twitching creature after I steered it into a narrow, fenced in part of the yard where the newborn lambs and their mothers were kept in a pen. The poor thing had gotten out by accident, but now it wanted its mother - wagging its tail happily and going straight for the milk upon seeing her. All was well. 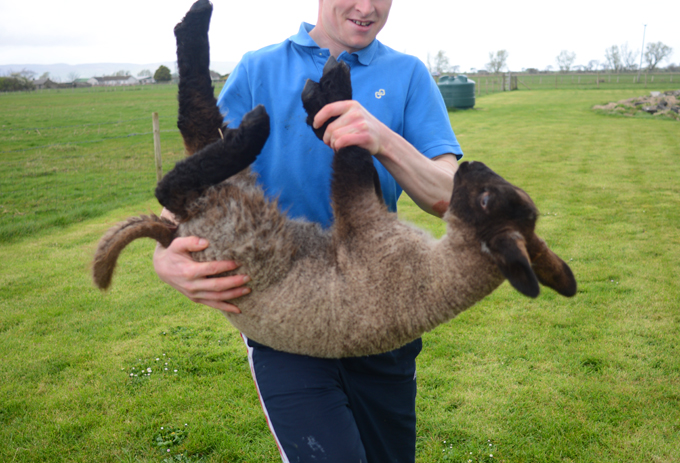 I would not say that herding lambs has become a habit. But I've helped bring back a few of these wayward darlings now, including this fleecy fellow just earlier this morning. My little Brompton is hilariously perfect for the task - compact and easy to accelerate and maneuver, it can sprint after the lamb, then slow down and hover around it until it turns in the desired direction. The lambs seem to accept this two-wheeled shepherd and behave predictably. 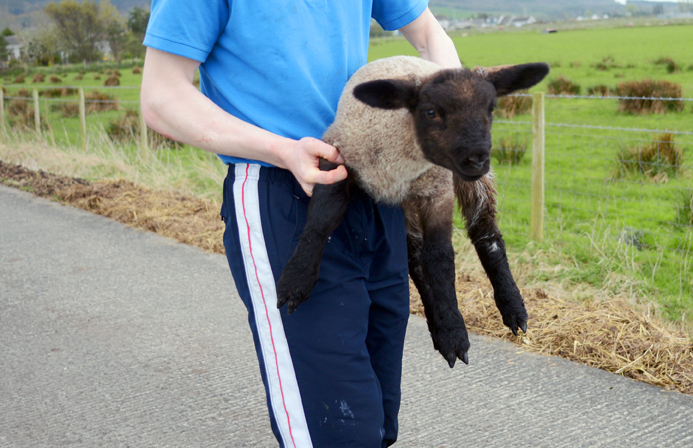 Despite their erratic galloping ways, once caught the lambs are actually quite docile and cooperative. Cooperative enough to sit in my bike basket, I've wondered? But, considering they aren't house-trained, I've never gone as far as to try it.
Labels: animals Ireland rural cycling