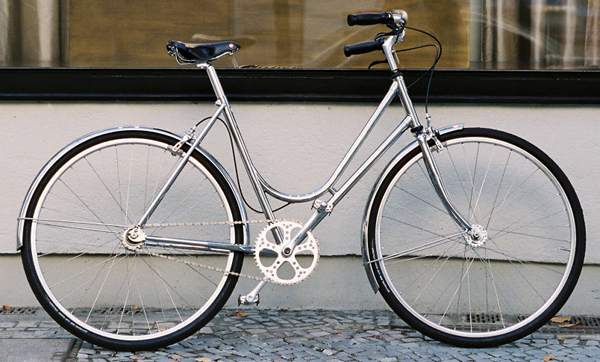 [Bella Ciao 'Moscova'; image via Bella Ciao]
As slyly mentioned in the comments of several previous posts, I recently received an Italian bicycle from Bella Ciao, of which a test ride report is forthcoming. Some who have noticed the bike asked about the difference between it and the Abici I test rode earlier, noting the similarities of the designs. So I thought I would take this opportunity to showcase some ladies' Italian city bicycles - and to point out that the frame is not a similarity between Abici and Bella Ciao per se, but a common design feature of Italian bicycles in general - one that differentiates them from the more familiar loop frames of Dutch and English bikes. From the "Mrs. Cinelli" bicycle I photographed at the Larz Anderson show, to the myriad of bicycles spotted in Rome by Chic Cyclists, this distinct "Frascona curve" has been a classic element of the elegant lady's transport bike in Italy for decades. Here is Abici's take on it. Same distinct top tube curvature, but different proportions (look at the seat tube angle here compared the earlier picture of the Bella Ciao). 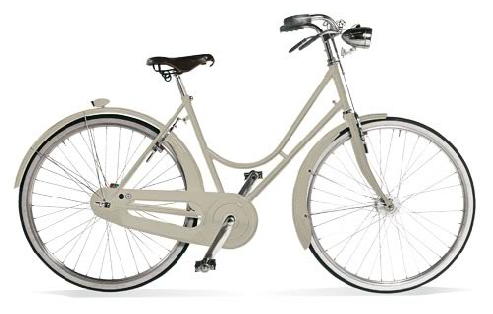 [Abici 'Amante'; image via Abici]
Another Abici model. Completely different in some ways, but look at the curvature of the frame. 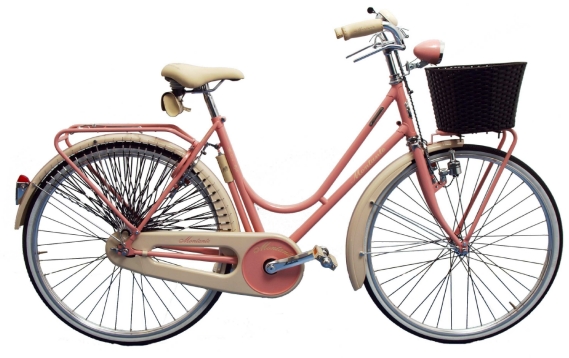 [Montante 'Florence'; image via Montante]
Same curvature on a Montante bicycle. (These are the people who created the gold bike on the Forbes "Most Expensive Bicycles" list.) 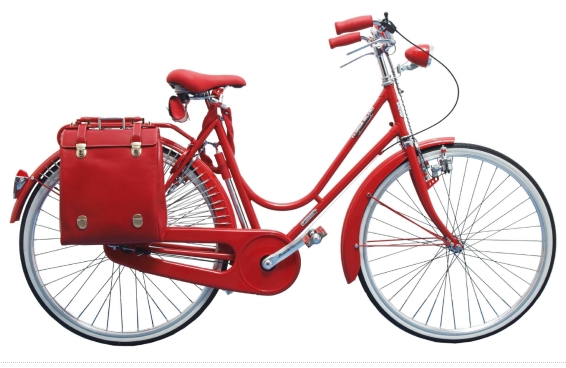 [Montante 'Fashion'; image via Montante]
Another Montante, for all the lovers of red bikes out there. I am pretty sure they also made the Gucci "Beijing Olympics" bike. 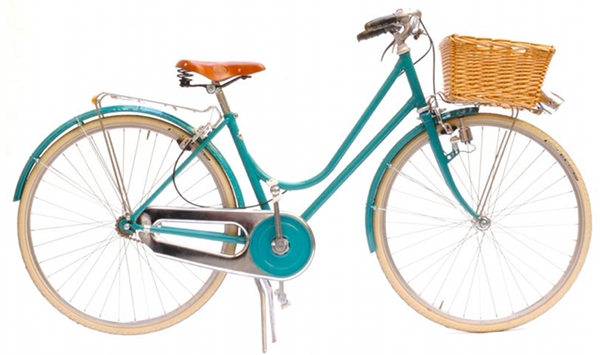 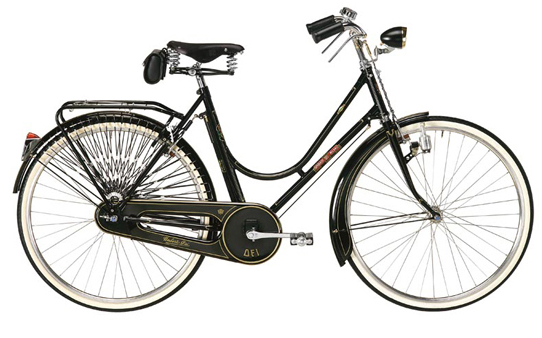 [Umberto Dei 'Regale'; image via Umberto Dei]
And same curvature on an Umberto Dei. I have actually seen a real-life Dei in person - a cream one, in Boston. (I think at some point there was a North American distributor of these bicycles, but they went out of business.) The Dei I saw was stunning, though monstrously heavy - a stark contrast to the lightweight Abici and Bella Ciao bikes. The classic Italian curve remaining a constant, other features can certainly vary.
As I understand it, there are still many small, family-owned bicycle manufacturers in Italy who produce such traditional frames - brazed and lugged, and each in their own variation of the classic design. Some even still produce their own components and accessories. Amazing, when you consider that this culture is almost non-existent elsewhere.
Labels: Bella Ciao bicycle industry framebuilding Italian bicycles loop frame