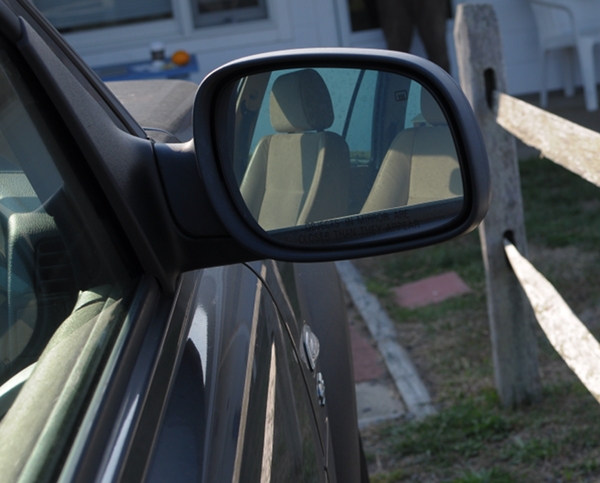 Here is a confession: I feel guilty about my car - or rather, what used to be my car. My poor car, once so beloved! I received it as a gift from my family six years ago, after I earned my doctorate and was about to start a new job in a mountainous region of Northern New England. It was the most lavish gift I have received in my life by far, either before or since, and I was filled with gratitude and disbelief. The car was beautiful and impeccably tasteful and rugged, and my excitement knew no bounds. The exterior was a lovely shade of dark gray and the interior was beige suede (I still remember the texture and smell of the seats when the car was new). The 4WD, the optional manual mode, and the myriad of safety features would keep me protected on the treacherous terrain of the place I was to live (and commute for over 20 miles to work). I named the car, and loved it as if it were a puppy. And I delighted in my long commutes - through the valleys past idyllic farm scenes and along dangerous mountain cliffs through the clouds of thick fog that would rise in the mornings.

Everybody was relieved at my reaction to the car, because I had never been an enthusiastic driver in my previous attempts at car ownership. By my early twenties I had dispensed with cars altogether, living in urban areas where they weren't necessary. Interestingly, this was viewed by many as a lack of self-sufficiency on my part: By living in cities, not practicing driving, and allowing my already questionable motoring skills to deteriorate, I was making myself dependent on urban comforts and public transportation. This new job in a rural area demanded a re-adjustment.

My romance with the new car lasted into winter... until I got into a horrifying accident involving darkness, black ice, fresh snow, a cliff and a railing - into which I crashed head-on after losing control on a turn. Miraculously, I emerged unscathed. And though the front end of the car was totaled, my insurance company came through wonderfully and soon the car was good as new. According to the policemen on the scene, that stretch of the road was so bad that night, that "there was nothing anyone could have done different, except not be out on the road". Not an option of course, when commuting home from a long workday.

I cannot say that I began to dislike or fear cars after this event; it was nothing so dramatic or definite. And I continued to drive throughout that winter and the next, in the same dangerous snow and ice, with no further mishaps. But I no longer thought of my car anthropomorphically, no longer considered it cute. It had become just a thing - a necessary thing, but a dangerous one, too, as well as a stuffy and oppressive one at times. Somehow I no longer saw the charm in the beige suede interior or the beauty of the tasteful gray exterior. It was just a car - something that made sense to use only when the necessity outweighed the danger and the feeling of stuffiness, but not otherwise. It was an excellent car, to be sure - useful especially in rural areas, and great for hauling things in its roomy interior. But just a car.

Several years after I got married, we moved to Boston. Within a week, we decided that the Co-Habitant would sell his car and mine would be shared. This was in no way driven by "ideology" on our part; it was simply absurdly inconvenient to have two cars in Boston, and since his was larger than mine, it was the one to go.


When the decision was made to share my car, I hardly suspected that I would never drive it again, but that is exactly what happened. I have not been behind the wheel of it or any other motor vehicle since sometime in 2007, over three years ago now. I have no idea why, and it was never my intention to categorically stop driving. But soon I found that I would rather walk to my destination for an hour than drive there (which was exactly what I did before I started cycling). What used to be my car now pretty much belongs to the Co-Habitant; I experience no feelings of possession when I look at it or sit in the passenger's seat while traveling together.


Will I drive again? Realistically speaking, I probably will, though I don't know when that might be. I am not "anti-car" and consider cars to be useful and necessary in many circumstances. But I cannot imagine wanting to drive just for the sake of it, or loving a car in the same way as I do my bicycles.
Labels: cars