Dressed Up and Ready to Go 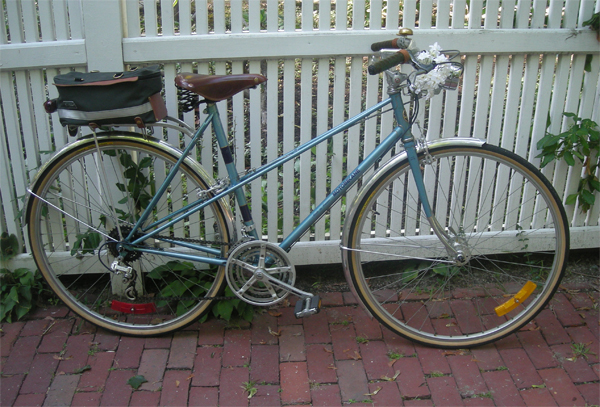 Marianne's new handlebars are now wrapped, twined and shellacked. You can see that the bars do not look quite so wide and wing-like once they have been wrapped. 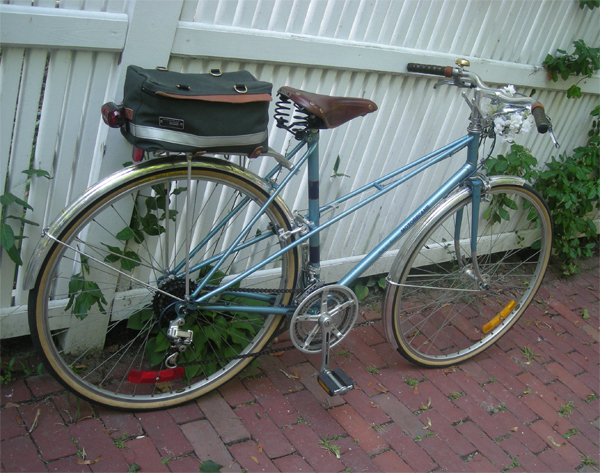 The hand position is similar to a classic mountain bike position - but achieved more elegantly. I feel that I have a lot more control with these bars than I did with the drops, and now cycling in traffic on this bicycle is no longer an issue - even though I am not any more upright now than I was when I had my hands on top of the drop bars. This must mean that the fear I previously had of riding the bike in traffic had more to do with balancing and braking than with being hunched over. 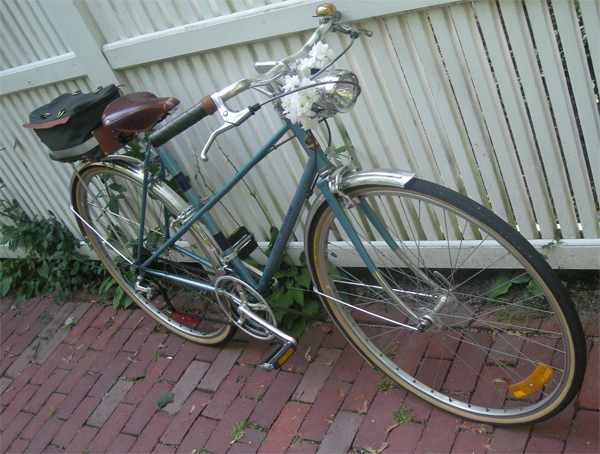 From a utilitarian standpoint, the best thing about the new set-up are the brakes. The new Shimano levers have made them the best functioning brakes I have on any of my bicycles. I cycled all around town and on some trails yesterday, and the experience of riding this bike has been completely transformed for the better. I am so thankful to Open Bicycle in Somerville, Mass. for the wonderful job they did on this. They did not just replace parts, but worked with me to "troubleshoot" and design the new set-up based on the problems I was having with the old one. Those guys know what they are doing.
Labels: grips Marianne mixte Motobecane vintage