When They Were Good 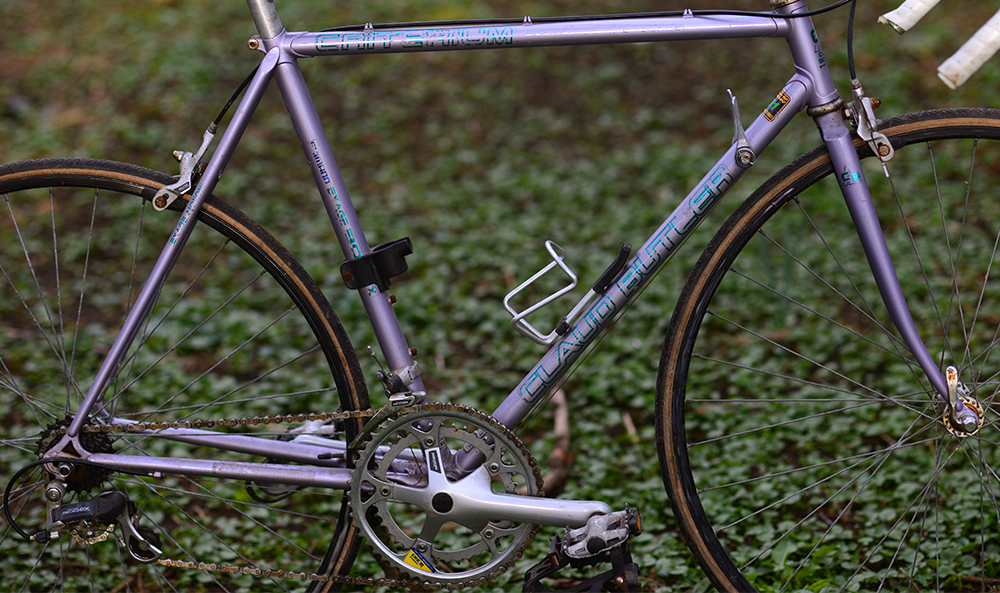 A friend of mine owns a late 1980s Claud Butler roadbike. And whenever I have occasion to look at it, I experience a mix of feelings that, for the longest time, I could not quite place.

Once in a while the bike is extracted for show-and-tell. Neighbours gather round.

"Ah this one's from back in the day," one says, "when they were good." And he points to the lugs, the Reynolds 531 decal on the frame. Others nod understandingly. 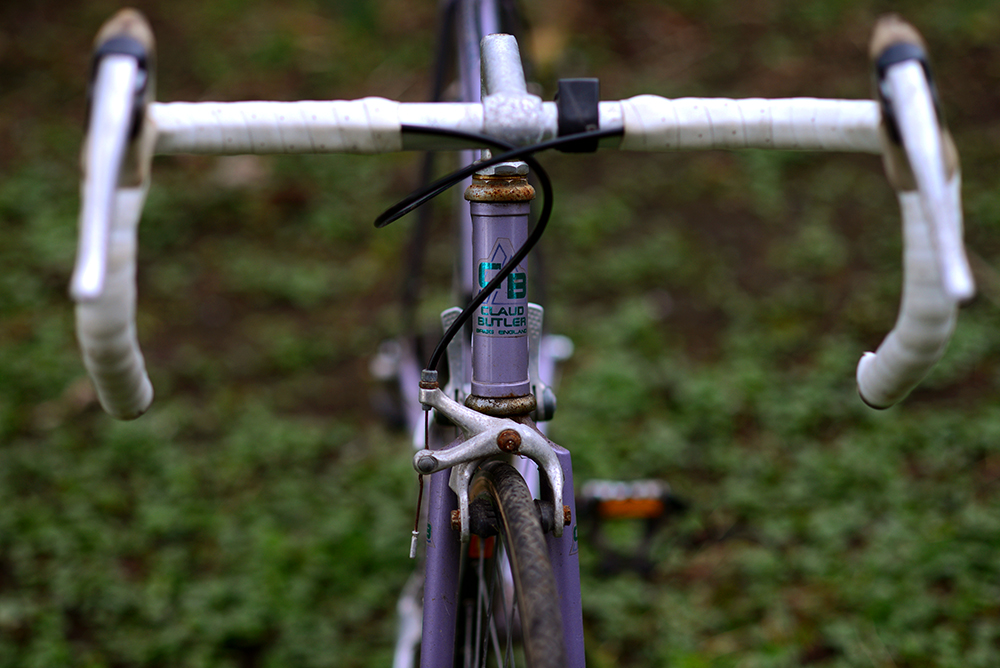 To most present-day cyclists in Ireland and the UK, the Claud Butler brand means internet-bought budget bikes. But once, this name was associated with greatness.

And I realise the specimen in front of me somehow encompasses both ends of this spectrum: It is as if its look simultaneously tells the history of this renown make, and suggests the extent of its future decline. 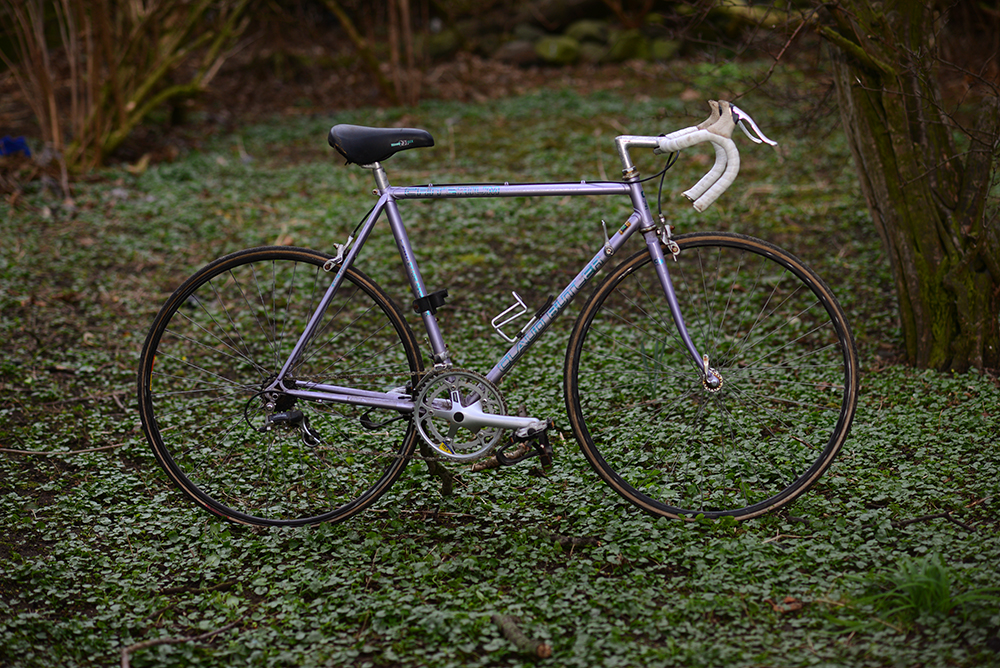 Described by cycling historians as the 'king of lightweights,' Claud Butler was one of the better-known British Lightweight manufacturers of the 1920s - 1950s. And one for whom, the 'lightweight' description holds true even by current standards.

I grew fascinated with this, when I noticed how little my own, original 1936 CB mixte, weighs compared to similar bikes produced today. I then had a browse through old Claud Butler catalogues, and realised that for them this was pretty much standard practice. In fact, my befendered fat-tyred 26lb mixte was a monster compared to the sub-18lb racing bikes the catalogues offered at this time. To see such weights quoted in an era we tend to associate with 'outdated' equipment and 'heavy' materials was an eye opener.

But Claud Butler was revered for more than just their lightweight production. The proprietary lugwork,  the finishing, the overall workmanship were amazing. In particular they were known for the quality of their fillet brazing and bilaminate (lug/fillet hybrid) construction. And, although this is seldom mentioned and little known, they were also among the first (if not the actual first) to develop the solid top tube/ split-stay style of mixte frame construction - the likes of which we still see today (i.e. the Rivendell Cheviot/ Betty Foy). 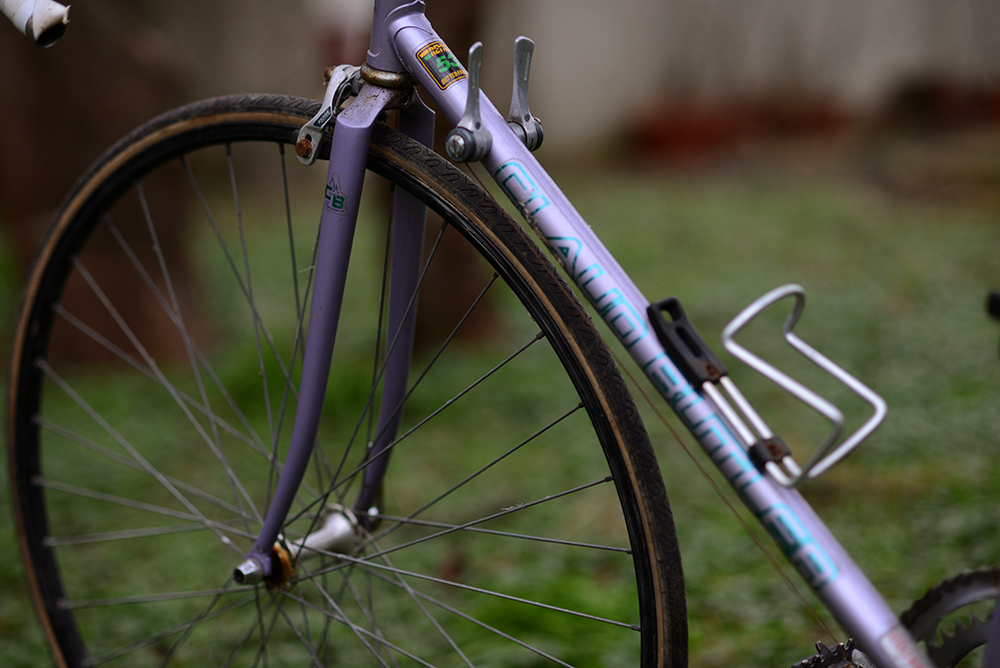 But all this, alas, was in Claud Butler's heyday, which ended by the time the 1950s arrived. As the British interest in cycling declined in favour of motorised and televised entertainment, so did the population's eagerness to purchase hand-crafted cycles.

For many bicycle manufacturers, the sharp drop-off in business at this time proved lethal. Claud Butler hung on for some time yet, and in 1958 was purchased by (another well known British Lightweight) Holdsworth, which extended their production by several decades. The Holdsworth-era Claud Butlers were bicycles of good quality. However, they lost the characteristics which made the original brand remarkable and unique, becoming instead a rebadged sub-brand of Holdsworth, and growing more generic in construction and appearance with each passing decade.

Finally, by 1987 Holdsworth too was in decline. And the rights to both brands were sold to the conglomerate Elswick-Hopper, which continues to own the Claud Butler name today. 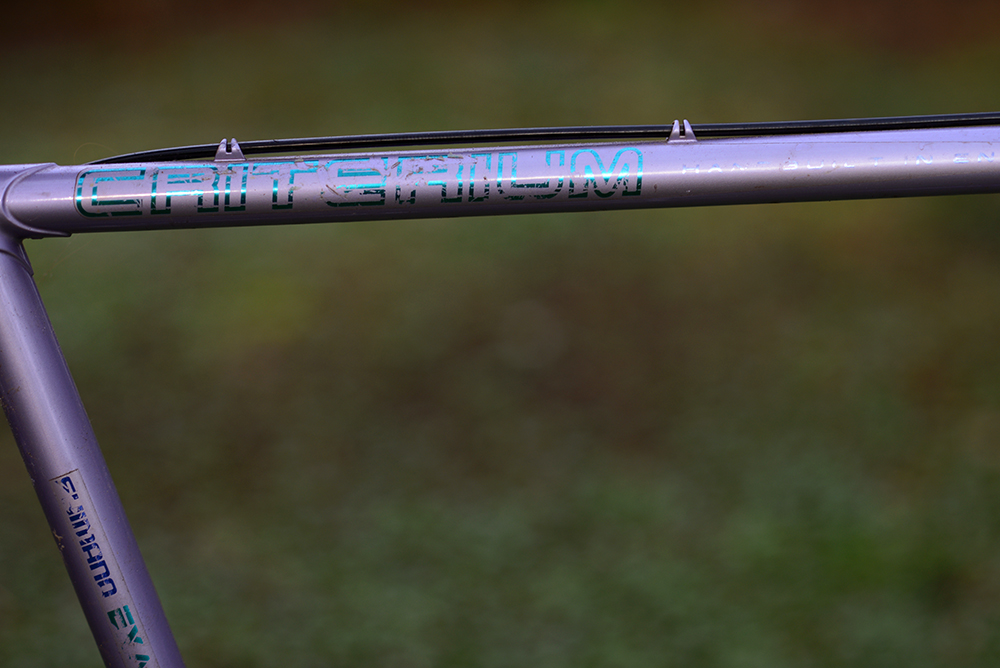 My friend's late '80s Criterium has to be from the early years of these conglomerate-ownership days, twice removed from anything resembling original Claud Butler production.

Judging by the lack of a "handmade in England" decal (which I am sure would have been present were this the case), I am guessing it was factory-produced, in the Far East.

None of this, of course, makes this Claud Butler a 'bad' bicycle. But other things about it strike me as peculiar. 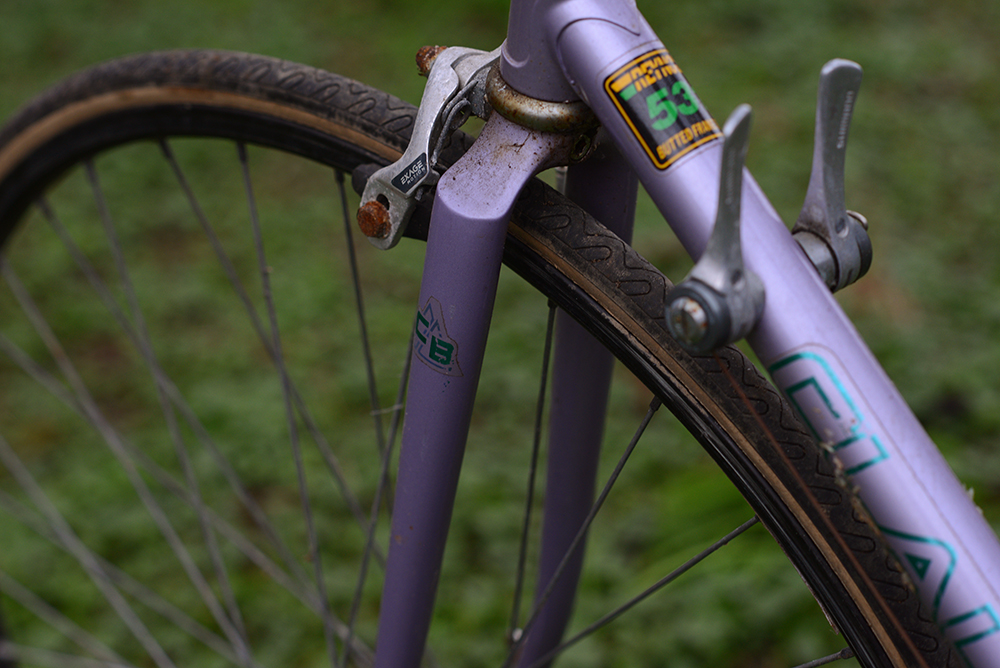 For one thing, despite the prominent decals touting the Reynolds 531 frame (although none on the fork), the bike feels remarkably heavy. Much heavier 'than it looks' and heavier than it 'should be;' I am guessing close to 30lb easy. 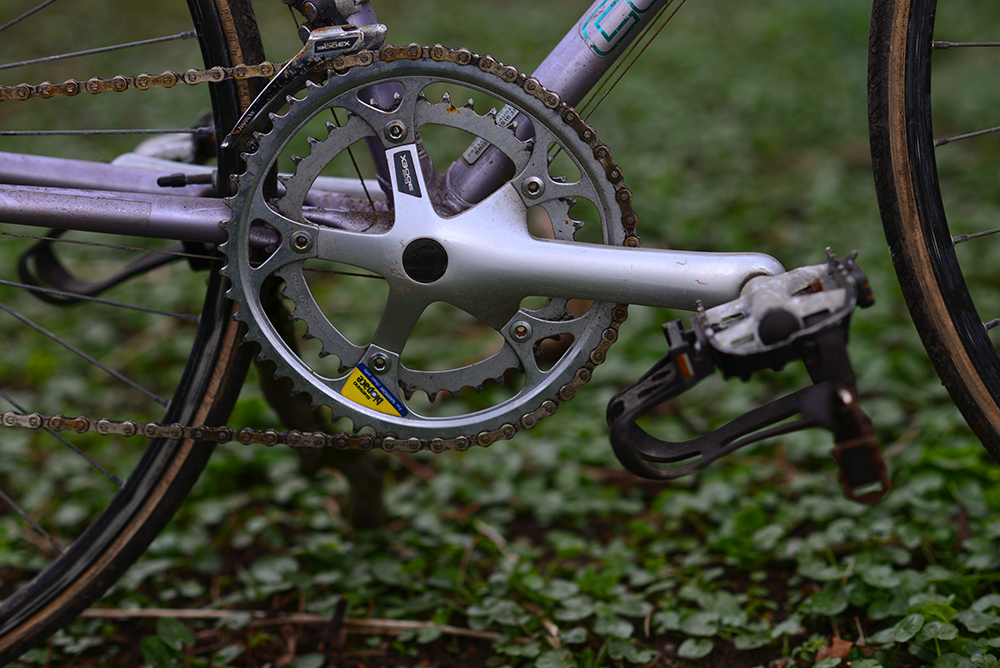 The Shimano Exage compoments (comparable to today's Sora) no doubt partially account for this. And their choice by the manufacurer probably indicates that the handlebars, stem, wheels, and other parts, are of similar weight and quality. 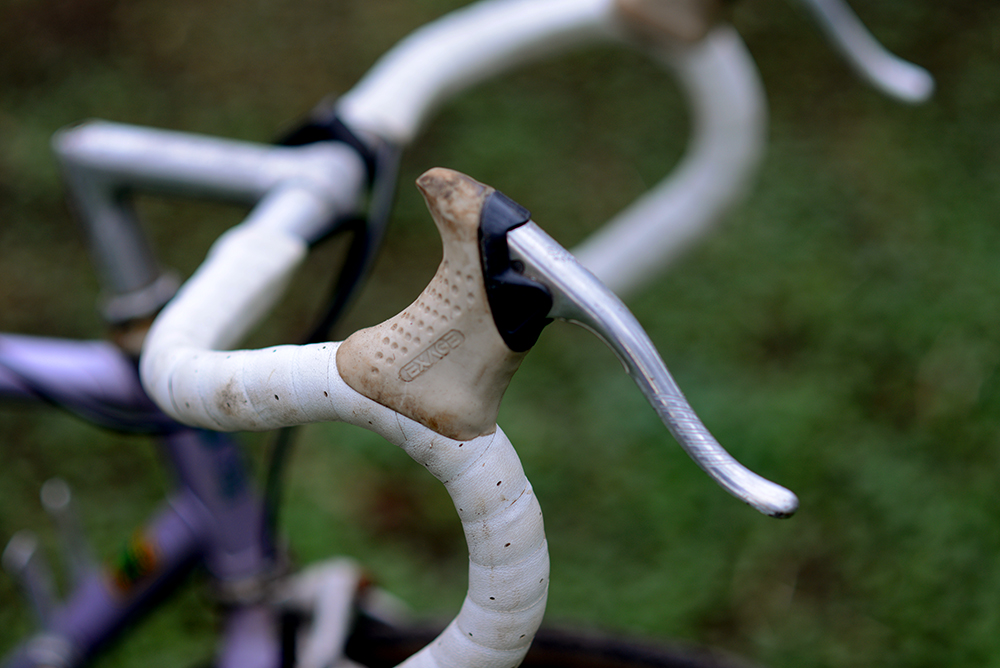 The decision to combine heavy budget parts with a Reynolds 531 frame struck me as odd and mysterious at first.  But after studying this bike on several occasions now, I think I get it. 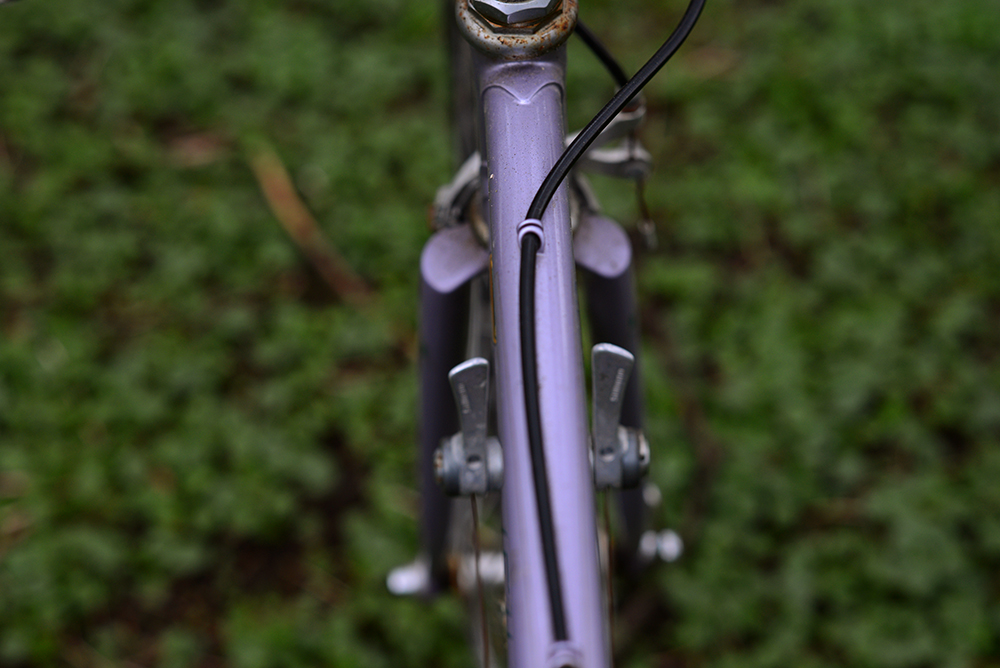 It was a bike made to look and sound the part, in a superficial sort of way, without costing the part. It seems a similar mentality that produced the Raleigh Rapide I featured here last year - but taken a few steps further.

The crisply outlined lugs, the sparkly metallic paint, the aggressive lines of the frame and fork (check out the rake on that!) - I imagine when this bike was brand new it all looked rather dreamy. Not to mention, the Reynolds 531 frame, which everyone knew was good! 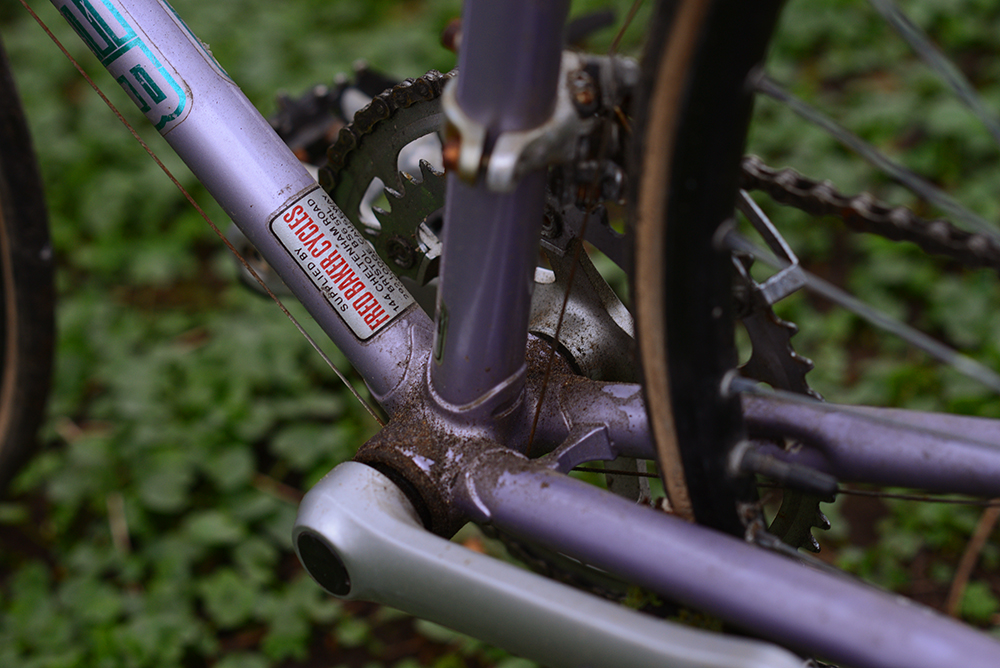 And to a fledgling cyclist, I can see how this made for an attractive package, with details such as the low-end components and the weight seeming far less important. 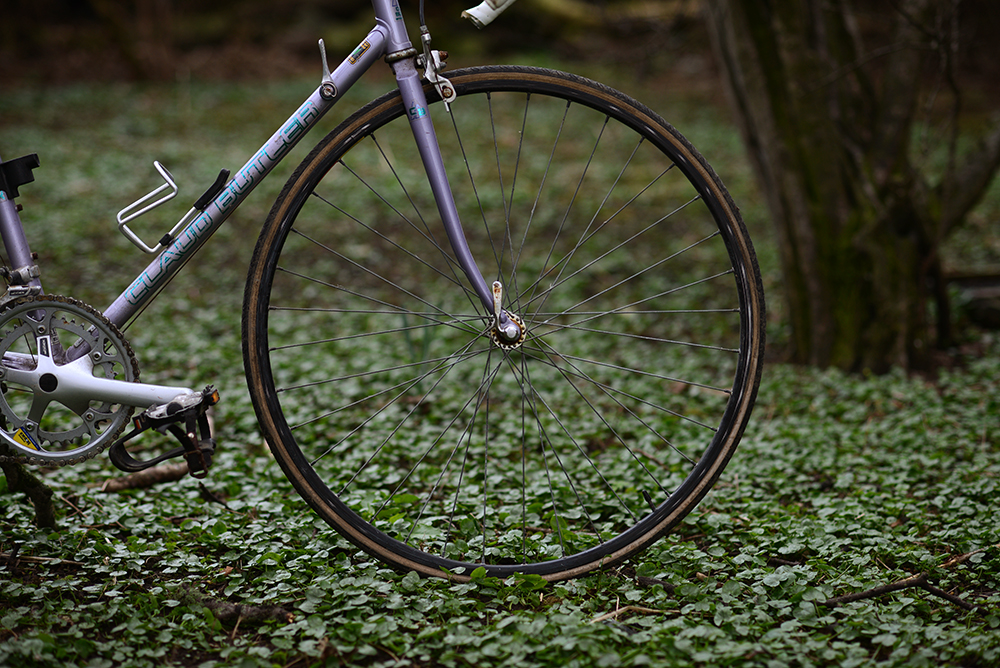 It is no surprise that several locals I know recall the Claud Butler Criterium, from this very era, as their first adult racing bike. To these folks, the bike, from back in the day, was 'good.' Good as in durable. Good as in tactile in a way a modern bike is not. Good as in bringing back memories of their first club rides and races, of old friendships.

But of course - the bikes' former owners will add, snapping out of their nostalgia -  this good old bike was also heavy as heck! Naturally, because it was old. And made of steel. Which is why those who still cycle today will have of course long replaced it with aluminium bikes, and later still with carbon bikes weighing under 20lb.

I open my mouth to tell them, that an even older Claud Butler would have rivaled that weight. And sometimes I actually say it. But most of the time I do not.