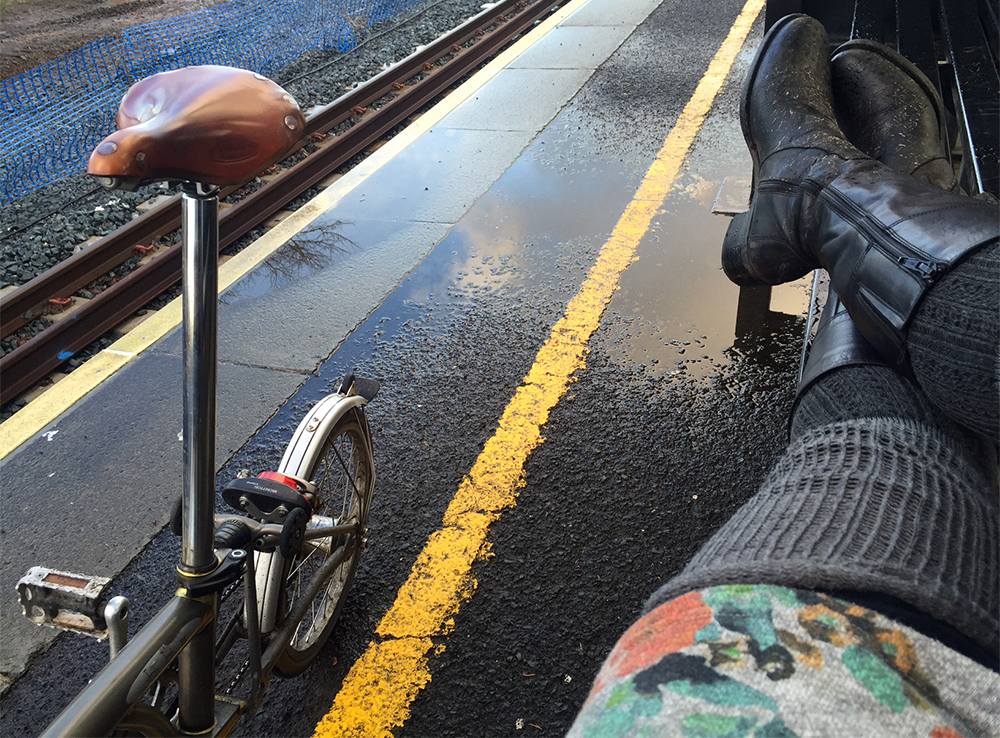 "It's normally much better behaved than this!" I heard myself say to the train conductor, in a frazzled, parental voice, as my bicycle buckled and slid away from the space I'd been trying to shove it into with one hand, whilst paying the faire with the other.

"No worries," he said, looking in fact slightly worried for me.

"Sometimes they'll not do as they're told," added a man behind me, as if in my defense.

"Happens to the best of them," chimed in another at the other end of the car helpfully.

A parcel-laden woman in a yellow beret chuckled. 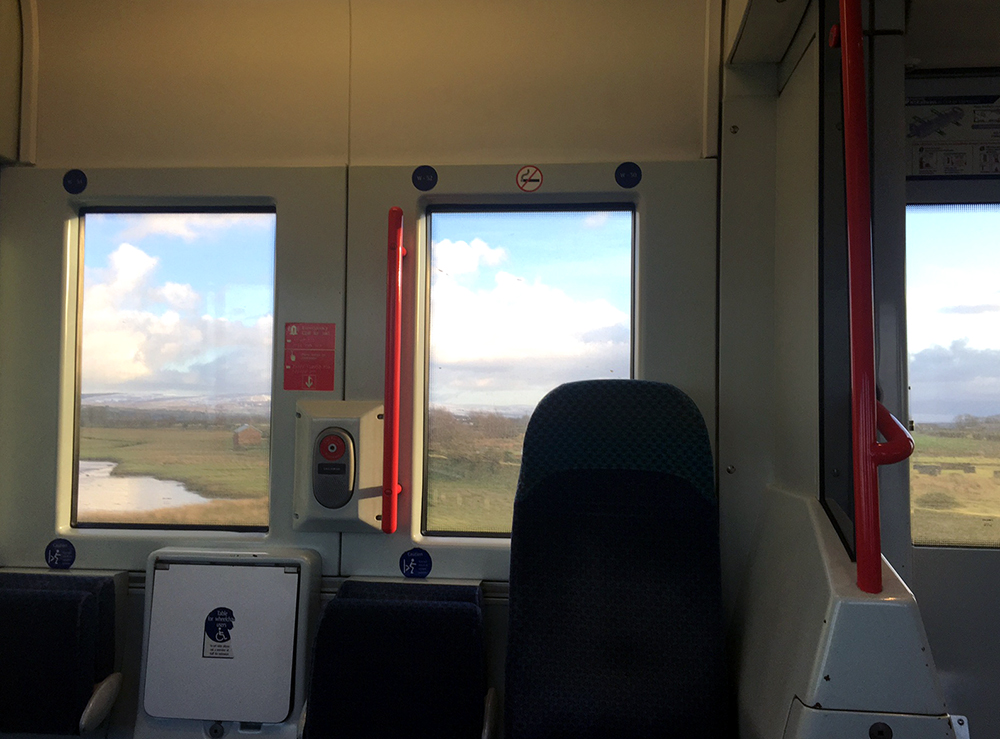 Despite the early hour, the muddy sky, and the sideways wind blowing sleet straight through the train car, the collective mood began to lift. For a moment, I nearly expected for a 7-string guitar and a bottle of home-brewed spirits to materialise, as in a 1960s Eastern European movie (train journeys can be exciting, you know). For a fleeting, blinding moment, the sun even came out, illuminating the storm with a brilliant flash before disappearing again.

I wish I can claim credit for the cleverness of the "winter training" pun. But I owe it to Mr. lazylegscycling for cheering me up with this phrase.

Having lived through two winters in Ireland, I have hardened up quite a bit. Nonetheless, when the wind grows so strong I topple over, and the hail so sharp my face starts to bleed (actually happened yesterday), I know it is time to train. I still cycle to and from the train and bus stations, and some days, frankly, that feels adventurous enough.

Leaving the station, I cycled two miles uphill to get my lower wisdom teeth removed. I walked into the clinic, folded bicycle in one hand, handbag in the other, checked in and took a seat in the waiting area. A short time after, two nurses came out to usher me into the dental suite. In the next instant, each of them swiftly reached for my bike as if the move had been planned out beforehand.

"What a lovely wee bike. We'll just store it for you, till a family member comes to take you home."

"Sorry, what?" I attempt to retain the grip on my folded bundle of metal and leather, as a firm hand on my shoulder guides me into the x-ray room.

"Someone needs to come lift you, love. You'll not be fit to cycle after the procedure."

Having cycled home quite happily after the removal of my upper wisdom teeth in Boston (encouraged by Pamela Blalock's story of - I believe - completing a 400K brevet after hers were pulled),  I really don't see the problem. "I'll mostly be on the train," I explain, "it's only 4 miles of actual cycling."

"Four miles?! Train? I don't think you understand how you are going to feel after this." Then, pointing at an x-ray showing monstrous, twisted roots: "Your lower teeth are complicated; you'll need sedation."

An hour and a half later, I am trembling from shock and wisdom-toothlessness. My bike and I are pushed into a car and whisked away home.

"I could have taken the train you know," I try to say. But as my mouth is frozen stiff and stuffed with gauze it comes out sounding like sulky mooing.

The human body is a delicate, treacherous thing. You never know what is going to fell you. I have cycled big miles with various things wrong with me - with burning fevers and nasty throat infections, with a twisted ankle and cracked ribs. My face was not even swollen after the wisdom teeth were pulled, and the sockets are heeling nicely. But whatever was done... the energy it took out of me has put me out of commission for days. Feebly, I can manage, just barely, to pedal far enough to do some winter training.