I am Curious, Yellow 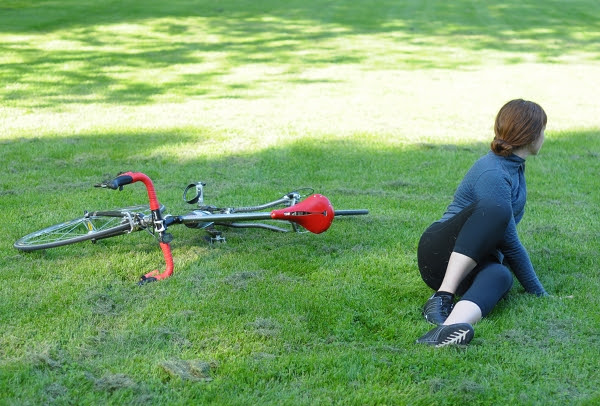 Obscure film references aside, the past week for me has been dominated by equal parts anticipation and anxiety. I've ridden my loaner roadbike for 120 miles in preparation for the next paceline ride... which, ironically, was cancelled for the second time in a row due to rain. The more time passes, the more my anticipation builds and the more exaggerated my anxieties become. 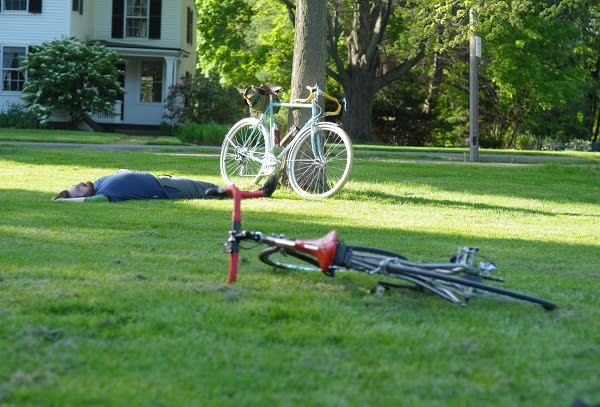 The Co-Habitant and I did two fast-paced, hilly rides over the weekend - he on his Surly Cross Check and I on the borrowed Seven. We went over the same hills where he has previously passed me nonchalantly regardless of which bikes we were both riding... only this time our positions were reversed dramatically. I shot past him while exerting little effort, continued to merrily cycle uphill, and then waited for him to catch up as I sipped water and sniffed flowers. 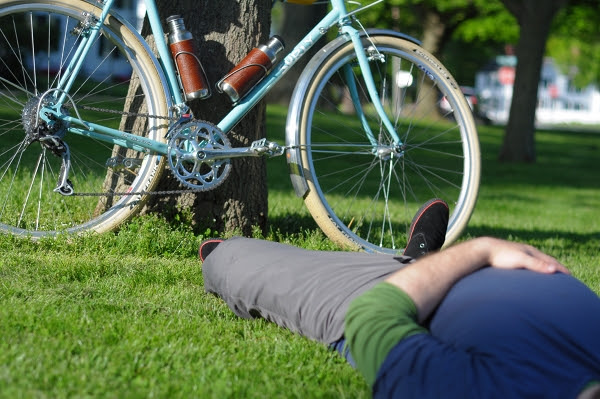 Of course we expected that a racy roadbike would be faster than a heavier and more relaxed cyclocross bike with wide tires and a saddlebag. But since he is a stronger cyclist than I am to begin with, I thought that the discrepancy would level the playing field between us. Neither of us thought that it would make me this much faster uphill. 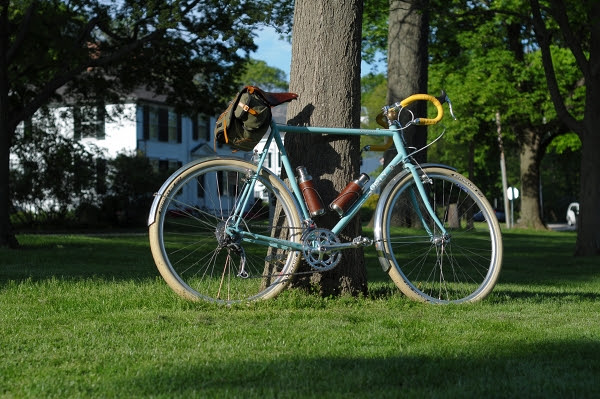 The interesting thing is that on downhills and flats there was not much difference between us; it was uphill that the bike really began to matter. This parallels my experience of the paceline ride on my Rivendell, where it was specifically on the uphill portions that I felt a disadvantage to the others. 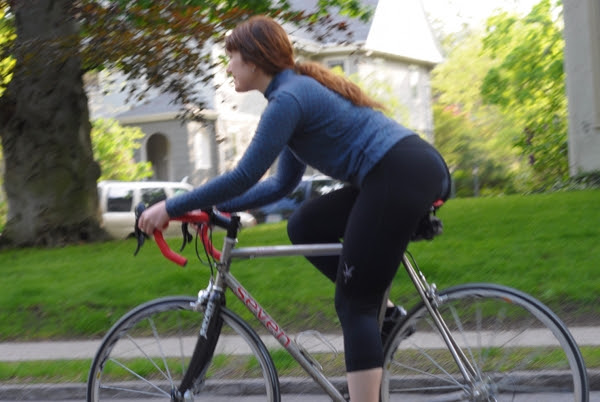 But while I am now confident in the bike's climbing ability, this is tempered by a fear not only of its speed on descents, but also of my relative unfamiliarity with its handling. After putting nearly 2,000 miles on my Rivendell I pretty much know how it behaves across a wide range of situations. The 120 miles on the Seven are just not sufficient for that kind of comfort to develop. I don't mind admitting that I'm plain scared when riding it at 25mph+ downhill - scared of the narrow tires, scared of the carbon fork, and scared of its precise but aggressive cornering. The fear saps away my confidence, making me squeeze the brakes and cycle more conservatively than I am capable of. 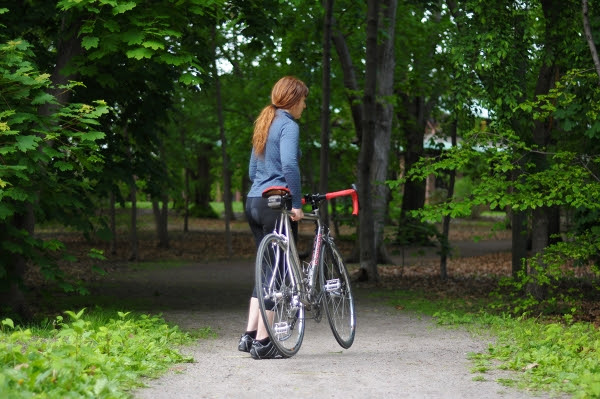 Being 100% comfortable with a bicycle is not something I can force; it takes time. My curiosity is a strong motivator to keep riding and practicing, specifically seeking out those situations that still make me nervous. 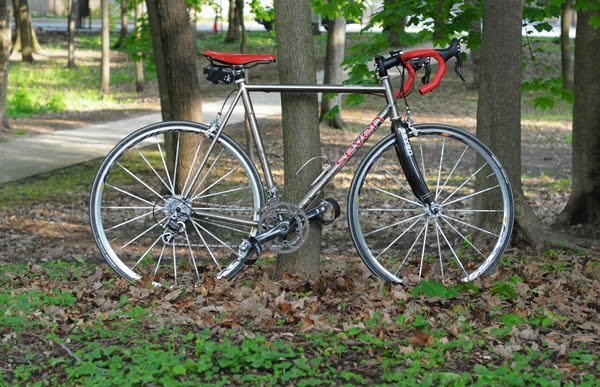 While the bike is in my possession I've fitted it with my own saddle, which has made it more comfortable to ride long distances. I've also installed my pedals (the narrow MKS Streams) and PowerGrips. This looks silly on a bike that is typically ridden clipless, but I don't care: I need to ride it in a way that makes me comfortable. I've also now raised the saddle another 5mm from how it's shown in this picture, which almost makes it look like the standover is not too high. Almost. The length of the toptube and the handlebar set-up work well for me (the Ride Studio Cafe matched the configuration to one of my own bikes) and it's only the seat tube height that's off. The result is that the bike fits me extremely well when I am riding it, but looks too big when I am not. Ideally, the frame would have the same virtual top tube length, with the actual top tube just a little bit sloped in order to reduce standover. Given the available demo models I prefer this set-up over a smaller frame, because I don't like toe overlap. All in all I feel good on this bike, which is what matters. 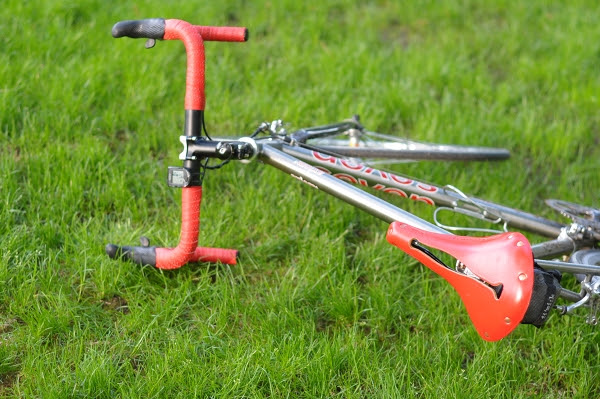 I really hope they don't cancel the paceline ride next week; the anticipation is getting ridiculous. In the meantime, all I can do is keep riding.
Labels: Co-Habitant diamond frame roadcycling Seven Surly technique