Where Have You Been... 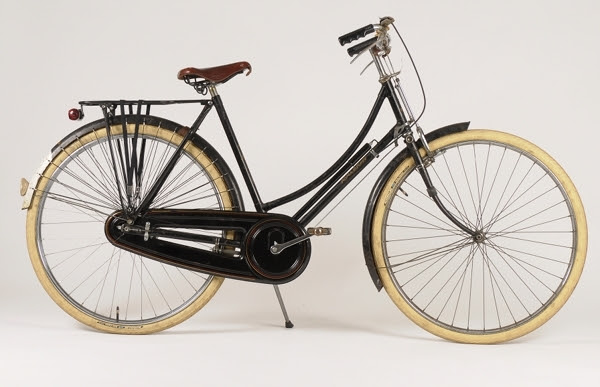 Since the end of the summer, I've received a number of concerned inquiries about "Velouria," my vintage Raleigh DL-1 Tourist (and for those who have only begun reading this blog recently, I am named after this bicycle, not the other way around). Though admittedly I have not featured her for some time, I assure you that Velouria is alive and well. She resides in our photo studio just South of Boston, performing the under-documented but crucial role of "studio bike." And here are the pictures to prove it. 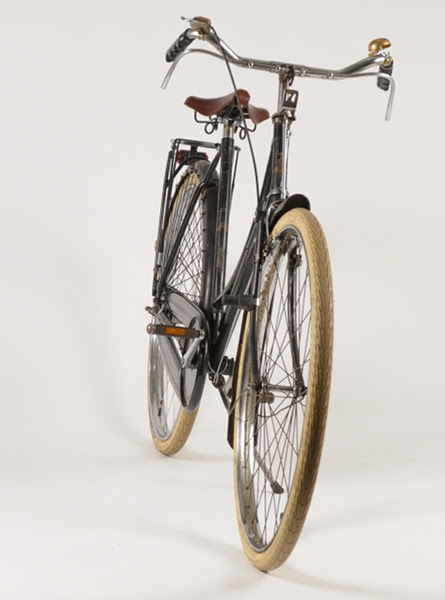 For those unfamiliar with Velouria's history, she is somewhat of a "frankenbike," albeit a darling one. I acquired the 1973 Raleigh DL-1 in the summer of 2009 and over time proceeded to subject her to a number of modifications. These have included: an aftermarket chaincase and dress guards, cream tires, a Brooks B18 saddle, a custom rear rack, and an updated rear wheel with a coaster brake hub to supplement the pitiful braking power of the rod brakes. 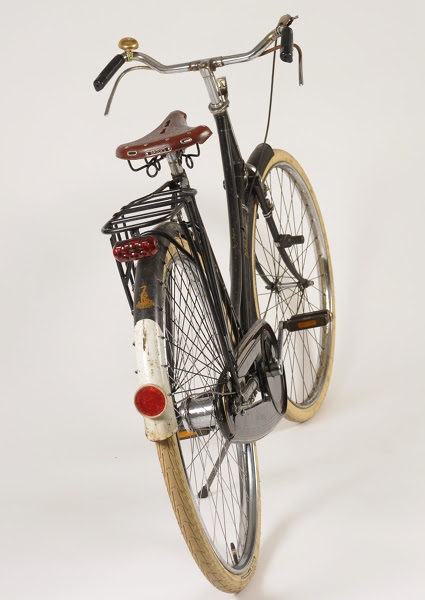 Why do I feel the need to mess with a vintage bicycle in this manner? To tell the truth, part of it is simply the compulsion to experiment, to customise, to turn objects that belong to me into "creatures." I am not saying it's a good habit necessarily; but it's how I like to do things. 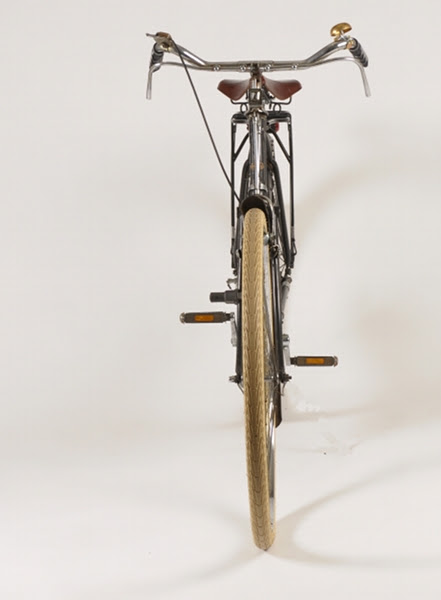 There was also a practical reason for all the modifications: I loved the ride quality of the DL-1 so much, that I was highly motivated to make it as functional as possible. 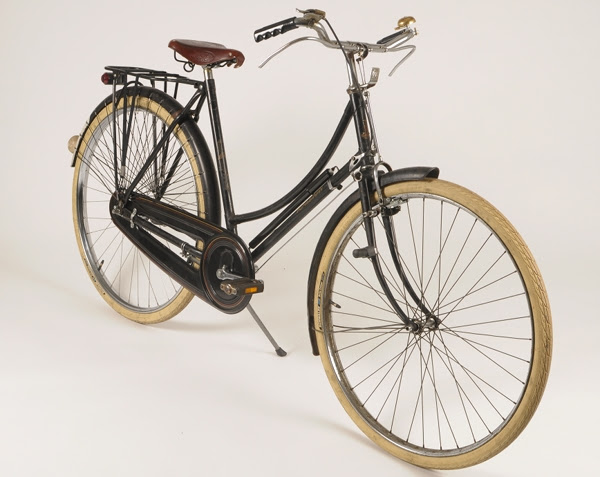 But ultimately, my love for this bicycle is also what made me move it to the photo studio after I (literally) found the vintage Gazelle in the end of last summer. At the risk of sounding cruel to the Gazelle, I am willing to run it into the ground. It is a great bike, it handles wonderfully, it is admirably designed, but my feeling toward is appreciation - not "love." The vintage Raleigh, on the other hand, feels almost like a pet. I just can't bring myself to ride its already battered and rusty frame on the salted roads in the winter, or even to leave it for hours in the rain in the summer. "Let the Gazelle take the abuse and spare the Raleigh," says my heart. And so Velouria became "studio bike" - ridden occasionally, but not too much. 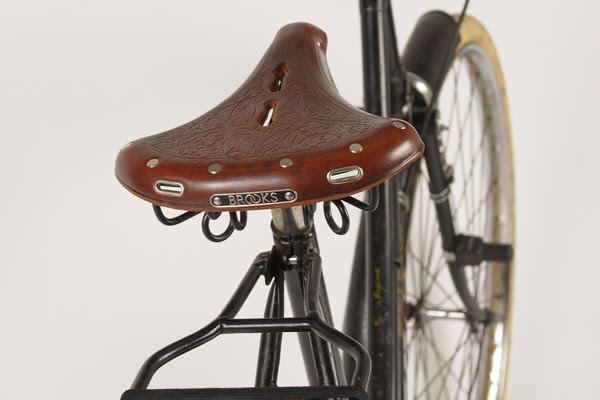 And if you've noticed that these pictures are a little different from my typical bike photos, that is because they were taken inside the studio itself. We will soon be doing a couple of photo shoots for a local framebuilder, so we're practicing. When it comes to product photography in a studio setting, every object requires a different approach to lighting - and I would say that bicycles are fairly complicated as far as these things go. They are enormous, they have both matte and reflective parts, and they cast a variety of unusual shadows. Oh, and don't get me started on the kickstand thing; we are still working that one out! 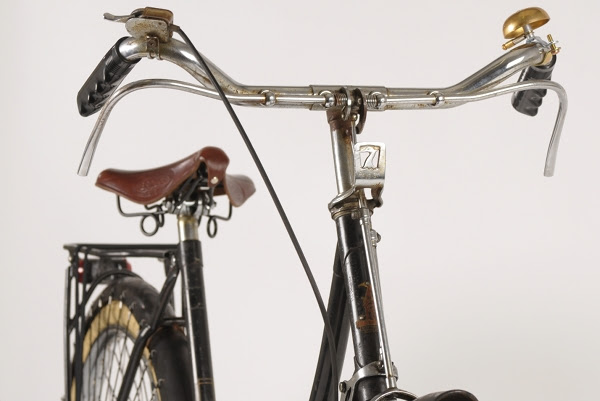 Of course, the trouble with this type of product photography is that it brings every single detail of the object into sharp focus - not exactly the most flattering approach when it comes to vintage bikes! 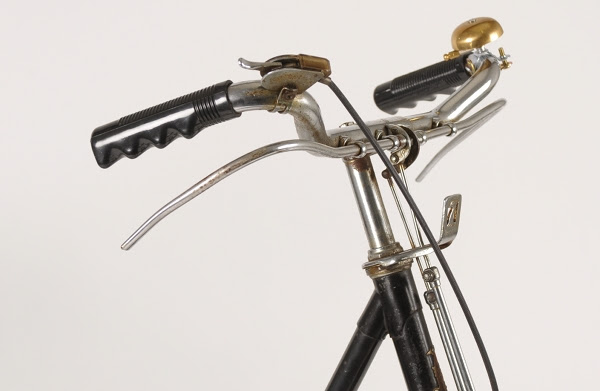 But after all, "Velouria" is not just any vintage bike.  She is mine. The scraped paint, the rust, the solidified crust, the dented fenders and even the bent rodbrake levers are, oddly, all part of what makes me cherish her. She may no longer be the most frequently featured bicycle here, but she epitomises the theme of this blog perhaps more than any other bike I own.
Labels: DL-1 Raleigh restoration Velouria vintage