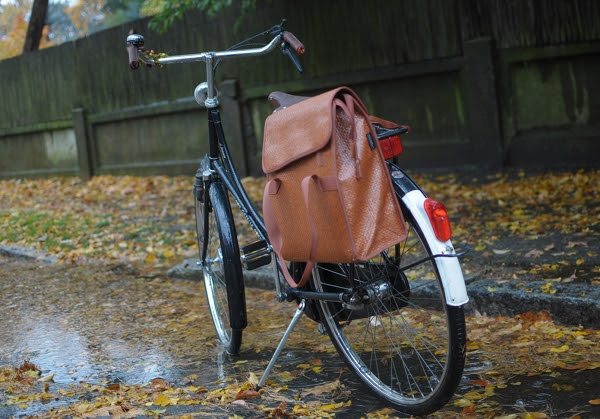 In the morning they did warn me
it would be a day of rain.
But how could I've predicted
such tumult on its way!
Stroke after stroke I pedaled
with a swift and forceful motion,
but water fell upon me
as if amidst a stormy ocean. 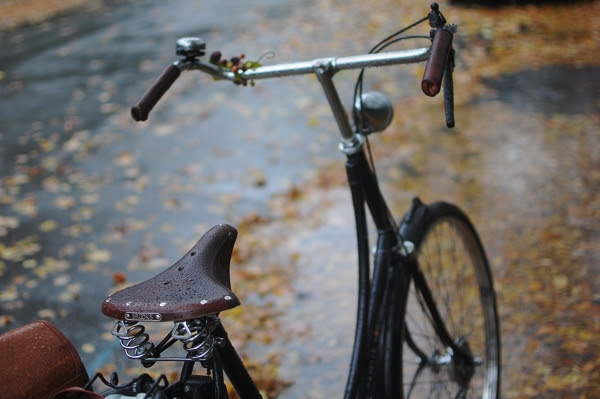 And so November is upon us, and with it the November Rain.  Funny, because I don't remember it being quite this bad last year, but I've probably just blocked it out. Today it rained so hard, that the water not only covered my face, but went inside my nose and mouth. Feeling as if I might drown while cycling was a curious sensation. I could hardly see anything in front of me, but thankfully drivers seemed to all be showing remarkable courtesy. Maybe they just couldn't believe that a cyclist was on the road in such a downpour and felt sorry for me. 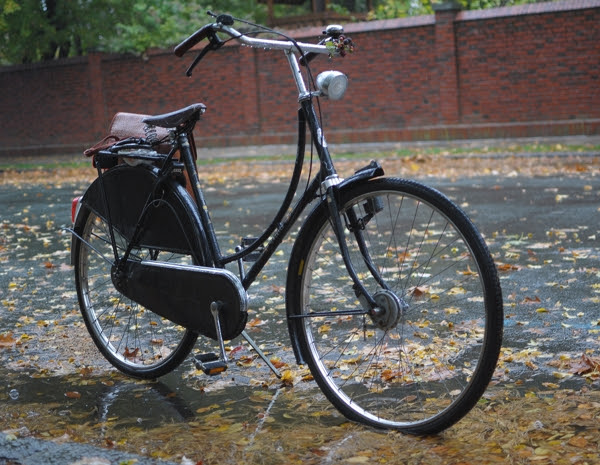 When it is raining this hard, I prefer to be on a heavy, upright, and exceptionally stable bike. When I owned my Pashley, I often talked of how good it was for cycling in the rain. To my relief, the vintage Gazelle is the same, if not better. The handling makes this bike unfellable. The enormous wheels and wide tires part lake-sized puddles, grip slippery surfaces, and float over potholes. The fenders release a mighty spray and keep my beige raincoat beige. Defiant in the downpour, I cycled with dignity even as water streamed down my face. And I arrived at my destinations only slightly worse for wear. 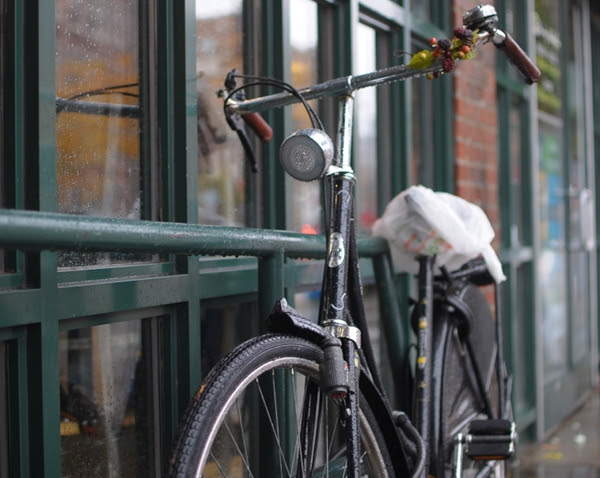 The other two things I like to have when cycling in the rain are good lights and a saddle cover. I was not sure how well the bottle dynamo would function when wet, but it was absolutely fine (I am beginning to develop a  fondness for the bottle) - and my LED-modified headlight made me highly visible. As for the saddle cover, despite having accumulated many Brooks covers at this point, my preferred method is to use a ratty plastic grocery bag. The plastic bag performs two functions: it is more waterproof (gasp!) than a Brooks saddle cover, and it makes the bicycle look considerably less appealing to thieves. Not that many thieves would be tempted to drag away a 50lb clunker with a locked rear wheel in a downpour... 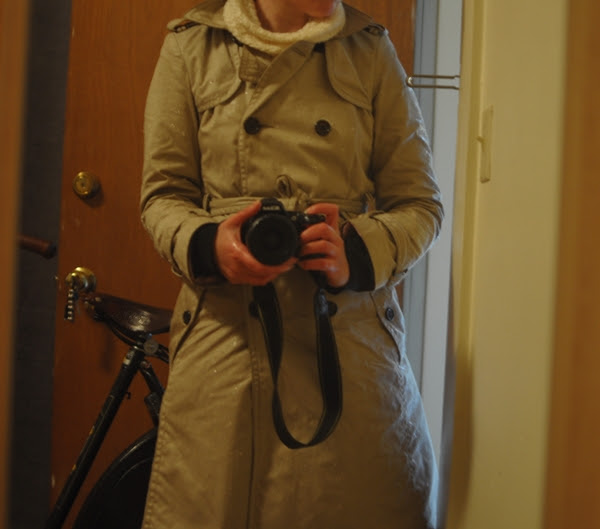 And speaking of dragging: I must say that carrying a wet, slippery 50lb bicycle up the stairs is even more delightful than doing so with a dry one. I have noticed that when it comes to lifting a heavy step-through, it is important to find a comfortable spot to grip - one that is well balanced and will prevent the bicycle from twisting or buckling in my arms as I attempt to maneuver it. Despite being heavier than my previously-owned Pashley, the Gazelle has a better "sweet spot" in this regard, and so I find it easier to carry... just not when the frame is slick from the rain. Still, I managed to wrestle the enormous Dutch creature up the stairs and through the door without either of us taking a spill, after which we had a cup of tea and recited poetry together. It is essential to have a bicycle that is more than a fair weather friend.
Labels: Brooks Gazelle lights loop frame rain silliness