The Bicycle Boutique: a Prognosis of the Future?

Bicycle shops in the US can be divided into several categories. Typical local bike shops sell a wide range of bicycles, from road, to mountain, to utility bikes and beyond. Then there are the specialised bike shops that stock only a specific kind of bicycle - for example, European city bikes. There are also the community co-op bike shops and the used bike shops. And finally, there are the bicycle boutiques. 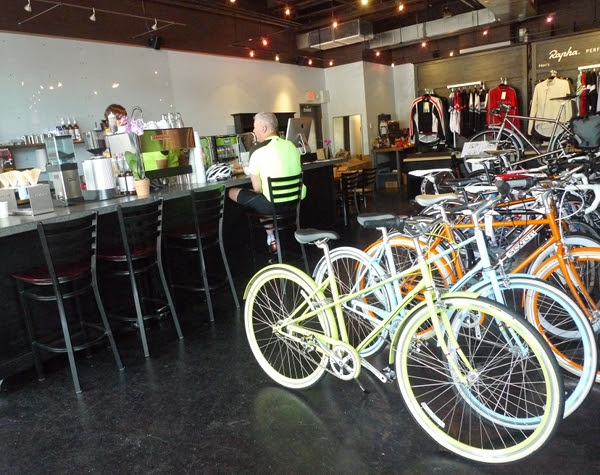 The boutique bike shop is a relatively new phenomenon. It is designed to resemble a gallery space rather than a store, and often incorporates a coffee shop or a lounge area.  The space features an open floor plan and minimalist decor. The stock of bicycles and accessories is kept intentionally sparse, so that each item receives individual attention. The staff usually have a personal connection to the shop. Instead of sales pitches, there is a calm curatorial demeanor. And the careful selection of bicycles tends to be on the high-end side. 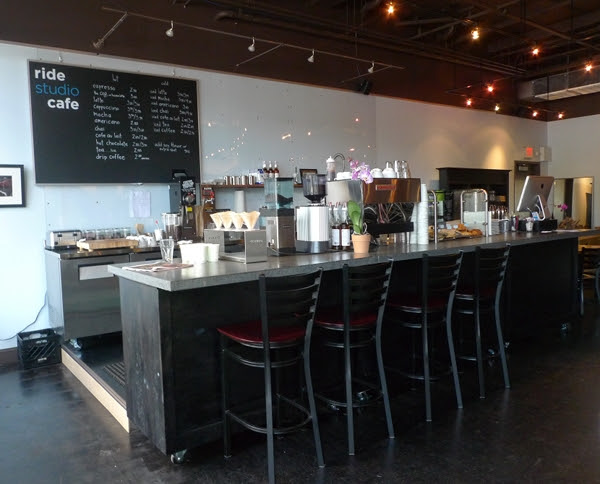 In the Boston area, the latest and much talked about bicycle boutique is the Ride Studio Cafe in Lexington, and I have stopped by a couple of times when cycling through the area. 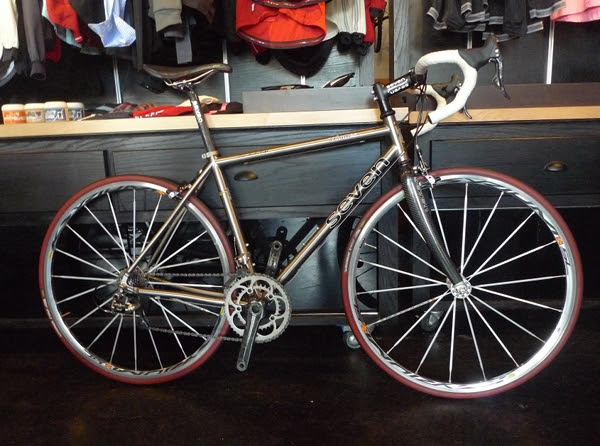 The Ride Studio Cafe sells mainly two types of bicycles. There are high end road bikes by the world-famous Seven Cycles that are built right here in Watertown, MA. 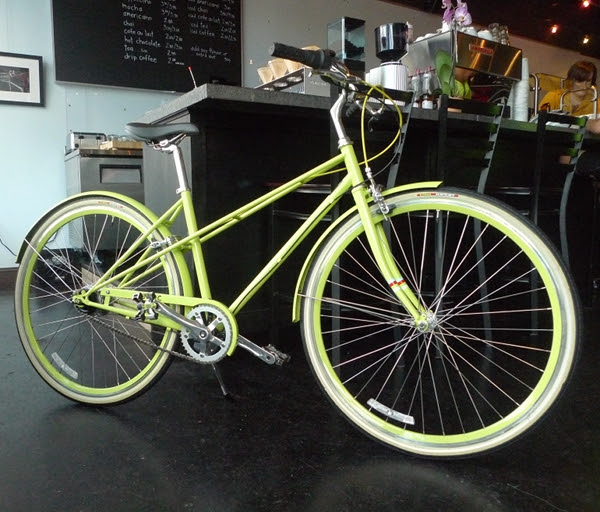 And there are budget city bicycles (diamond frame and mixtes) from the San Francisco-based Public Bikes. 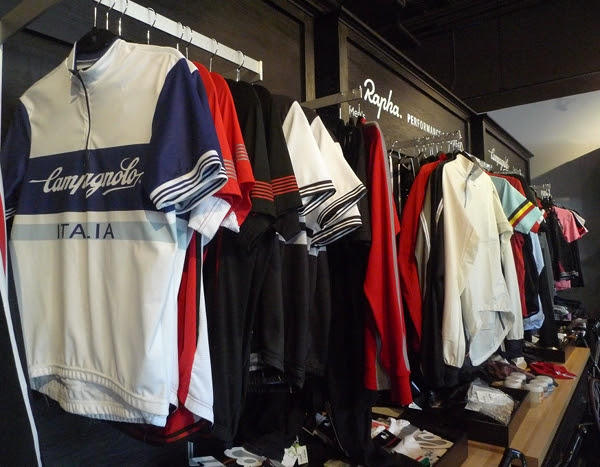 There is also apparel by Rapha and Campagnolo, as well as a variety of chamois creams and embrocation lotions. 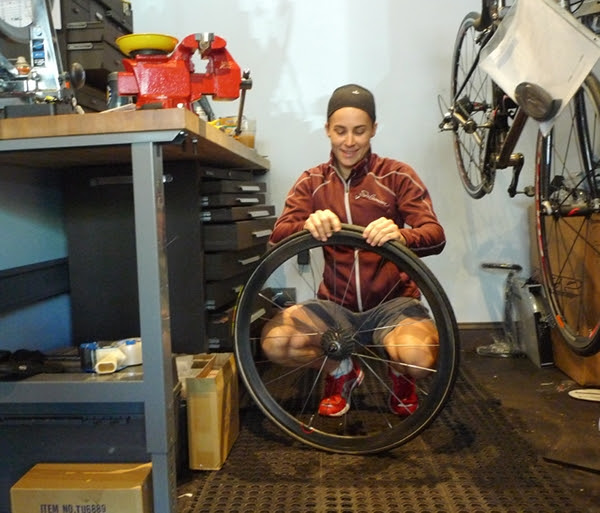 In the back is a small workshop and storage area that is separated from the main floor, but accessible to visitors. My first reaction upon entering the store, was an intimidated amazement upon seeing so many (titanium?) Seven bicycles in the same place, casually propped against walls here and there. Though I am not normally attracted to modern, non-lugged roadbikes, there is something about Seven Cycles that is just so impeccable that my eye cannot help but be drawn to them. I moved one of the bikes aside in order to photograph it, but got so nervous touching and positioning the beautiful, feather-light and extremely expensive machine, that after one picture with shaking hands I decided to put it back. Later it occurred to me that these bicycles are floor models and people probably test ride them all the time. Not sure whether I would be able to handle that, but the idea of test riding a Seven is tempting. 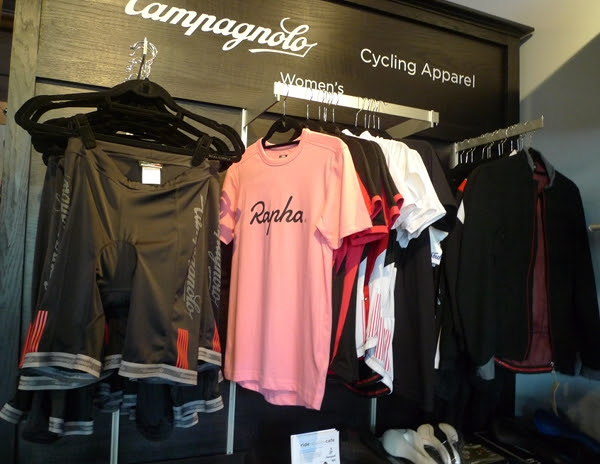 During the several months of its fledgling existence, the Ride Studio Cafe has been a frequent topic of conversation among local bicycle enthusiasts, with speculations regarding its long-term feasibility. Is the population of Lexington and the surrounding towns really so affluent as to keep the boutique afloat with regular purchases of Seven bicycles and Rapha gear? And while the affordable Public bikes are a good way to diversify, is it enough?  If the answer to all of that is "yes", I think it is a fantastic sign of changing priorities among the segment of population with disposable income. Interestingly, the worse the economy is doing, the more of such boutiques are opening up. Could that indicate that more affluent suburban residents are choosing to purchase a silver Seven instead of the usual silver Lexus?
Labels: bicycle industry local bike shops Seven