We have two cats, and they both love to sniff and investigate our bicycles. After a reader sent me a photo of his own cat examining his vintage Raleigh, I decided to start a gallery. If you would like to share a photo of your cat with your bike, please send it to the address at the bottom of this post. I will keep expanding the gallery. 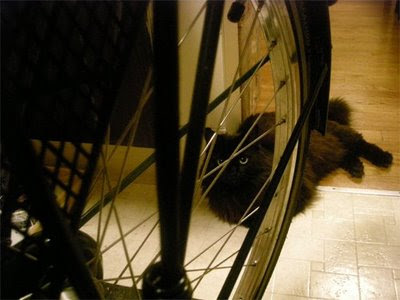 One of my own two kitties, photographed during a moody moment through the spokes of my Pashley Princess. 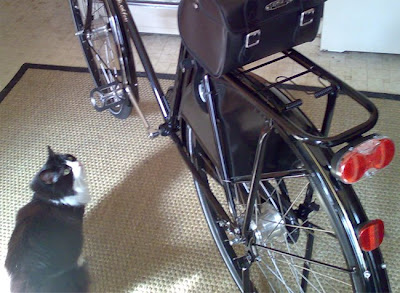 My other kitty, looking longingly at the Co-Habitant's Pashley Roadster. 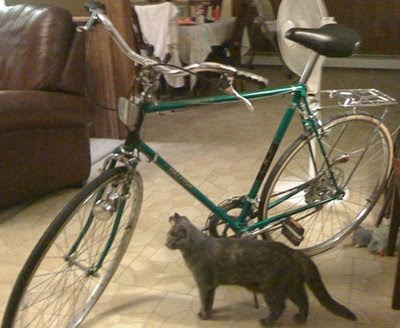 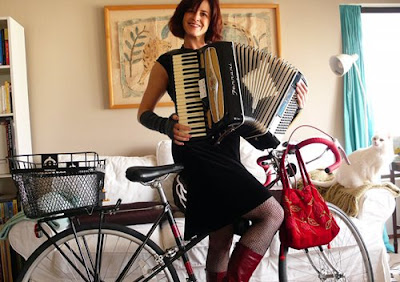 The white kitty in this spectacular shot belongs to KT of Velo Vogue. This is one of my all-time favourite bicycle photos, and notice the Motobecane mixte! 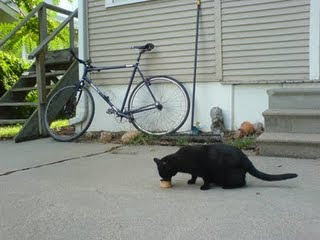 C_C_Rider's Guest Kitty, from Ride your Bike. No doubt the guest was attracted by the Surly in the background. 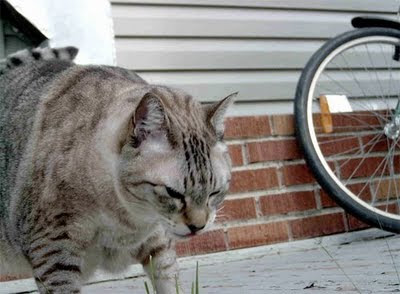 Submitted by coldfeet via bikeforums: "I know he hates riding in cars, must try him out in the cat box strapped to the rack." (Um... yes, let me know how that goes!)

The intriguing Smudgie belongs to Maschka at bikeforums. He is performing the same acrobatic maneuver with two different bicycles. Maybe it is his bicycle dance?

This photo of little Willow was submitted by terraskye from Edmonton, via bikeforums. "My cat loves my bike... Anytime I bring it out of the storage room she has to come over and take a look.. This time she was just watching the ice melt in the water bottle."

This basket-cat belongs to Beth Terry from Fake Plastic Fish.

This feline camper is from the website of David Naylor.

And this sweet kitty is asleep in one of David Hembrow's bicycle baskets.

Submit your bike and cat photos to:
Labels: cats silliness