Sure, I Can Hold That Speed. So Why Was That Club Ride So Difficult?? 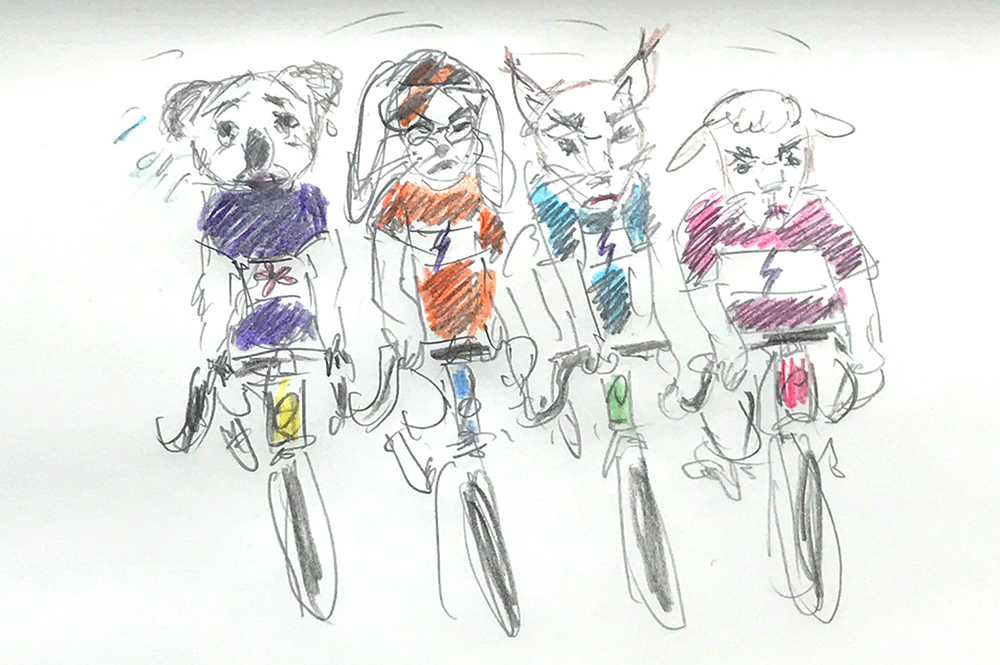 Having been away for a spell, I have lots of email questions built up in my inbox. Here is another one that seemed apt considering we are well on our way to spring.

It is around this time of year that cycling clubs begin their annual schedule of group rides. Depending on the club, these can include anything from paceline training rides to brevet-style social jaunts, endurance rides, and 3-speed meet ups (see also: On Club Rides and Finding the Right One for You). Some hybrid of the formal training ride and the social ride seems like the most common style on offer. Typically, these rides will be divided into several groups, based on ability, with corresponding average speeds posted as a guide (i.e. Beginners' Group: 12mph, Intermediate Group: 15mph; Advanced/Fast Group: 18mph+). This way, cyclists who are considering joining for the first time can decide which group best suits their abilities.

It seems fairly straightforward. After all, most cyclists use computers nowadays, so we have a pretty good idea of what average speeds we are capable of doing. Join the group with the corresponding speed and it should be fine. However, what often happens (and I have experienced this myself!) is that the club ride feels far more difficult than expected, sometimes to the point that the first time out we just can’t hang on.

A few readers have asked me this question over the years. And, having pondered the mysteries of this phenomenon myself after several rather humiliating club-ride initiations, here are some things I have noticed...

The Novelty of a Steady Pace
First of all, we all have our individual patterns of energy highs and lows. When we ride alone, we are able to make the best use of them. We speed up when we feel an energy burst, slow and rest when we hit a dip. In the end it averages out. By contrast, the club ride tends to proceed at a steady pace. And this in itself takes some practice. Being unable to take advantage of our natural energy rhythms can feel absolutely exhausting.

Rest Makes a Difference
By the same token, when we ride alone,  or casually with a couple of friends, we probably also tend to take breaks whenever we feel like it. Tired in the middle of a ride? No worries. We get off the bike, walk around, eat a snack, maybe snap a photo. On club rides, there are usually no breaks (unless it's a super long ride with a lunch stop). A 30 mile training ride usually means 30 miles without stopping - which is a lot more demanding than a 30 mile ride with rest breaks.

What About Terrain?
Considering that terrain plays a role in the average speed we are able to put out, it helps to have a look at the route the club ride will be doing. If the route has more elevation gain than the routes you typically ride, you may not be able to hold your 'usual' average speed.

The Optimistic Self-Assessment
Repeatedly psychological research shows that on the whole people tend to slightly overestimate their skills, abilities, favourable traits - even physical features such as height! - compared to what they actually are, despite the availability of correct data. It follows that we also tend to be overly optimistic about our average cycling speed - so that even when supplied with concrete evidence, such as cyclo-computer data, we might tend to cherry pick average speeds from our 'best' rides when deciding what speed we are capable of holding on a typical random day. Of course in the course of a club ride, held on a typical random day, the truth comes out!

...And is that a bad thing? Personally I think not, even if it does knock the ole self-esteem down a notch. After all, there is nothing quite like a few shattering club rides to turn one's aspirational average speed into their actual average speed!

On the other hand, structured, performance-oriented club rides really aren't for everyone. There is nothing wrong with going it alone or keeping it casual with a few close friends, sticking to one's natural energy rhythms, and taking plenty of breaks. It is useful to know there is a difference, is all.

I recall the first time I joined a club ride in Ireland. This particular ride was women's only, and it was funny, because the leaflet advertising it read something like 'This is a ladies' ride, not a beginner's ride!' I phoned the ride leader to clarify, and she said I should be comfortable holding 16-17mph. I was feeling good that summer. So I thought, well okay I can do that - especially in a group, where I'll be getting the benefit of drafting.

I lasted maybe two thirds of the ride. In fairness to this group, they didn't drop me; I peeled off voluntarily when we hit the meaty portion of a long climb and I just couldn't take the pace anymore. And as I hobble-pedaled defeatedly home in a stupor, I remember thinking 'Those girls must have gone faster just to mess with me!'

Later I looked over the ride stats on my computer. An average of 16.7mph (not counting my ride home), precisely as promised. They were, after all, ladies of their word.