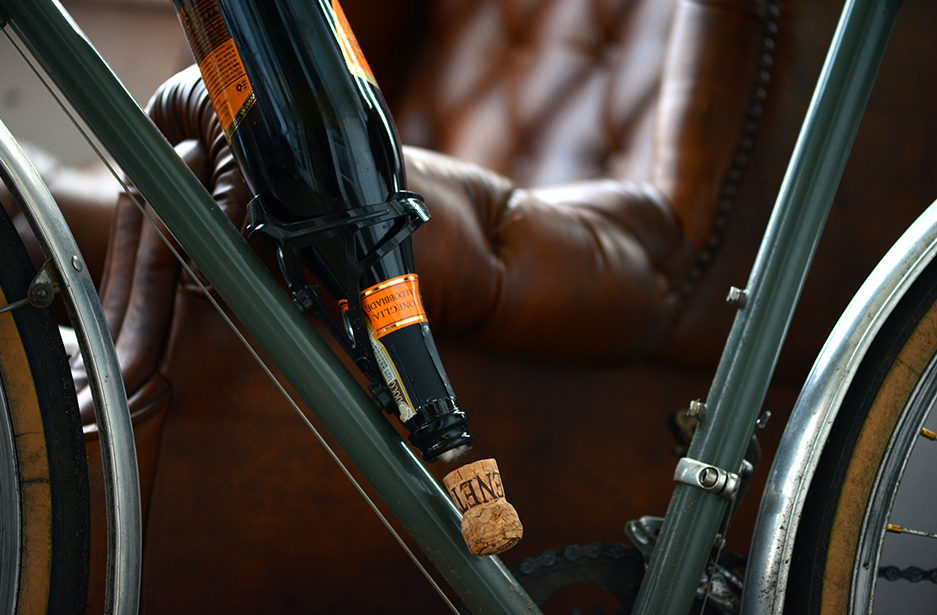 In college I had a friend who was known for one curious thing. Any time she would attempt to throw a party, some inexplicable calamity would halt the festivities. The causes were as varied as they were dramatic. A fall necessitating a trip to the ER. A flood in the building. The death of a relative. A cat giving birth in the basement. Food poisoning. Leaking carbon monoxide. A hurricane. Those of us close to her grew so used to this state of affairs, we did not even bother to show up for whatever event she'd invite us to. Instead, we would come on the following day, to help clean up and sip on stale champagne whilst listening to her recount what had happened. It was all a rather hilarious, pathetic mess. And truth be told, we enjoyed it more than the more 'successful' parties we had gone to.

It occurred to me the other day, that this blog is more or less my version of the yesterday's champagne scenario. If I plan a schedule of reviews, you can rest assured that Things - perfectly legitimate things, mind you! - will happen to make that schedule go out the window. If I announce intention to take part in an organised event, some emergency will make that impossible. And if I run a give-away with a promise to announce the winners 'tomorrow,' my internet will get knocked out by a storm while I am simultaneously felled with a bad case of flu.

I console myself with the thought, that hey - no doubt my readers are well used to this by now!

A smooth and punctually running magazine with an editorial staff and deadlines and plans and stuff I am not. But what I lack in that department, I make up for - or at least so I hope - with a certain je ne sais quoi of a flavour you cannot get elsewhere. If you are a fan of that flavour, LB is for you and I thank you for putting up with me. If not, not. No offense meant or taken!

I was mulling this over last week when my husband snagged, on a certain online auction site, a pre-owned carbon frameset made by a large mainstream manufacturer. He had all along intended to try a carbon bike and compare it to his vintage Italian and modern steel steeds, so it was only a matter of time and now a frame in the right size and with the right characteristics presented itself. Knowing of my preference for small independent makers over the big names, the husband did ask for my 'blessing,' so to speak, before buying the frame. I told him (and meant it) to buy what he wanted. It was none of my business what brands of bicycles he owned. And besides, I was curious what he'd make of this industry benchmark make and model (let's call it an Expert Pavement, for argument's sake). The only thing was, I said, I hoped it would not offend him, but I would not feature this bike on Lovely Bicycle.

Oh, he said. Even if it's a used bike? But I think people would be interested.

He is probably right. And I have nothing against big brand bikes, even shiny new ones. But at some point I made a decision - and it's a decision that has only grown firmer over time - not to promote them. There are already many, many cycling publications in print and online which do - often reviewing updated versions of what are essentially the same bikes, every year, so it isn't as if those brands are suffering from lack of exposure. But moreover, Lovely Bicycle ultimately reflects this author's interests - which are in small, obscure manufacturers, in small-batch and handmade production, in custom projects, in various aspects of vintage bikes and parts, and in describing the cycling experience from that somewhat un-slick, overzealous viewpoint that many of us share but the bicycle industry seldom reflects. To add features - or even adverts - of mainstream brands would, I fear, have a bulldozing effect on the eclectic weirdness of all that other stuff which characterises the blog.

On the one hand, this decision has been 'financially suicidal' on my part. Big, mainstream manufacturers have much larger budgets than small makers. It is no big deal for them to send demo bicycles for review. They are also able to pay considerably more for advertising space. By declining their ads and instituting a policy where I feature only small and independent makers, I have put a rather tight cap on any potential revenue or work opportunities I can ever hope to get from Lovely Bicycle.

On the other hand, drawing these boundaries and keeping things low-key has afforded me a great deal of freedom in the running of this blog, with its hodge-podge subjectmatter and Calamity Jane hiatuses. I can take things in any direction I want, publish according to whatever schedule suits my circumstances.

There are reasons why most blogs, no matter how wonderful and popular, tend to be short-lived. Pressure - whether real or imagined - is one of them. I intend to avoid that fate and keep LB going for a while yet. And I guess the point I am ultimately trying to make, is that my mad, unpredictable, and at times, I am sure, frustrating management of this space, is also what makes it sustainable.

So thank you, again, for putting up with 'yesterday's champagne!'

Please check the comments of the Bookman Curve post for the give-away recipients. And stay tuned as regular programming resumes.