The Curious Case of the 3-Speed Hill Climb 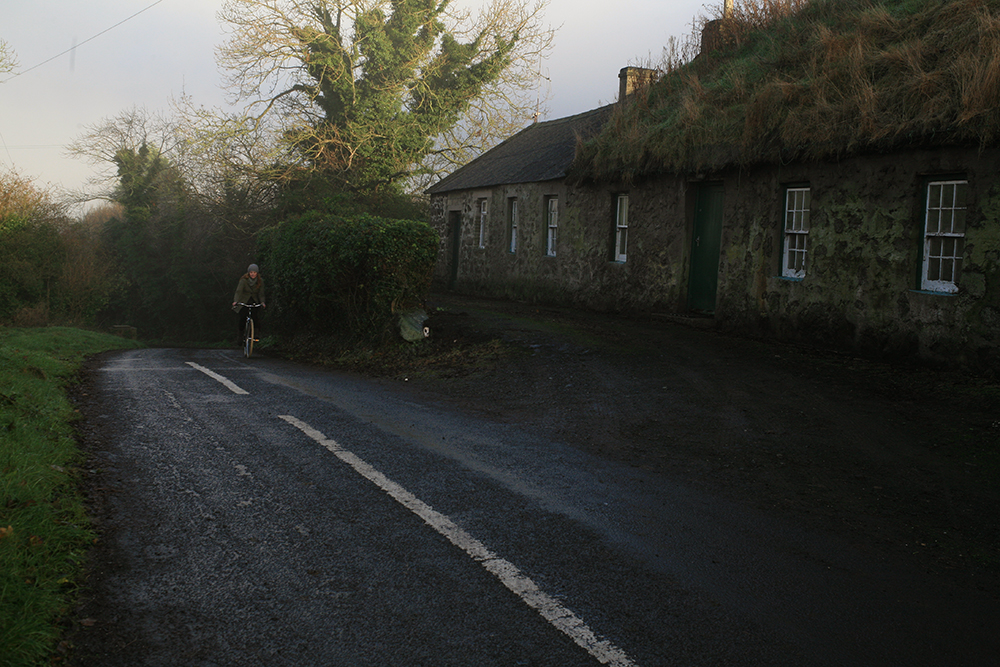 For a good few years after I first began cycling, I was quite weak at climbing hills. For steep gradients in particular, I needed low gears, a lightweight bike. And by 'needed' I don't mean preferred; I mean that I would be walking otherwise.

Three years of living in Ireland changed that. I am not the strongest cyclist out there by far. But I've adapted to my surroundings. And my surroundings are hilly! If I'm riding long distance, I sill prefer to have (and use) low climbing gears. But when it comes to each hill on an individual basis, I no longer strictly speaking 'need' a super-low gear to scale most of the ones within commuting distance.

As I look at the road that rises ahead, no longer do I wonder anxiously, 'Will I be able to make it, on this bike?' Instead I find it interesting to notice differences in how different bikes will behave. For bikes, not unlike cyclists, can certainly have different climbing styles! Some skip up like mountain goats. Others will float like helium filled balloons. Others still will feel like dead weights, requiring effortful dragging. But most interesting of all, is that almost living-breathing feeling of accordion-like flex that I experience on certain steel upright bicycles.

They are bikes which are neither too light, nor too heavy, for their type. And they are nearly always 3-speeds, of the 'sports roadster' variety.

For casual cycling in ordinary clothing I prefer to ride them in a low gear - because I don't want to sweat, and because an easier gear just makes for a better 'smell the flowers' experience. With the flimsy looking 3-speed shifter I switch to 1st at the slightest provocation. And truth be told, it kind of feels like I need to. Whereas a roadbike might crest the bumps of gently rolling roads unnoticeably, on the upright 3-speed I feel resistance even on mild inclines.

And if I am already in 1st on this gently rising road, it hardy seems a bike like that would manage up the 14% gradient mountain lane?

Yet when the harmless looking 3-speed is truly challenged, it flexes its muscles! I could not appreciate this until I had the strength to actually make it happen enough to feel it. But as the gradient steepens and I push down on the pedals harder, I can nearly feel the bike contract under my effort, and then tense and relax in sync with my pedal-pushes, thus heaving the pair of us uphill.

The sensation is like a wringing, a squeezing-out of 'performance,' drop by drop. And of course it is but my mind's translation of the raw sensations. What actually happens - to the metal, to my body - I do not entirely know. But that it is flex I'm feeling, I am pretty certain of. I am also fairly certain that this flex helps, rather than hinders, my climbing efforts. At least on these particular bikes.

Whereas the lightweight roadbike bestows performance upon me, the heavy upright 3-speed must be made to yield it. It yields it coyly and reluctantly, sometimes begrudgingly. But it does yield it inevitably. And as we crest that hill, we are friends again, ready to smell the flowers.