Slower In the Cold? Facts and Psychosomatics 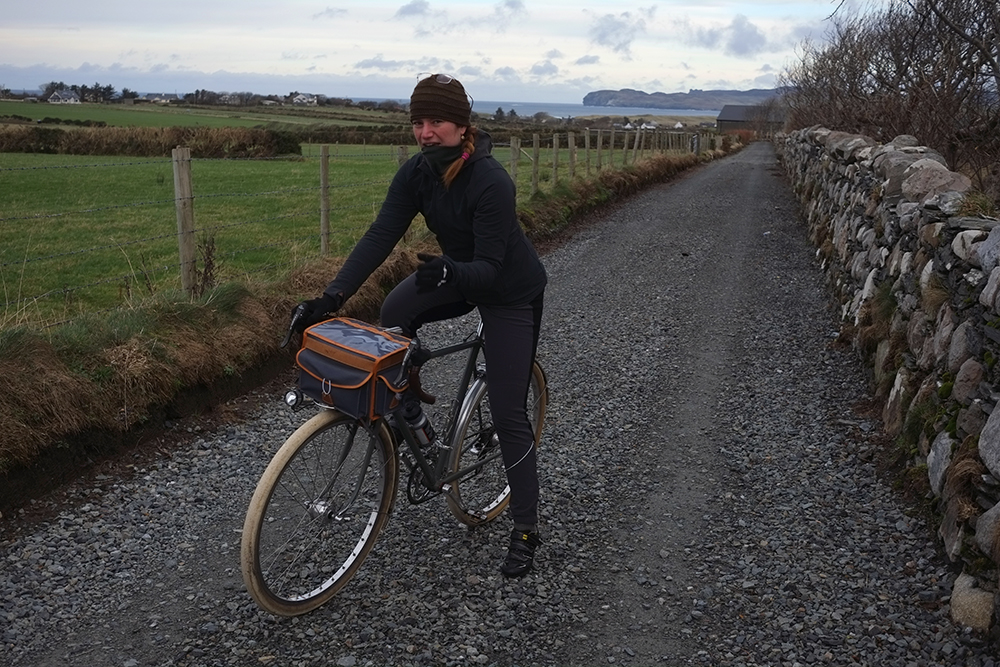 It seems like I've had a few conversations lately where cyclists have mentioned off-handedly the notion of being "slower" in the cold. Since I don't experience this phenomenon myself, my gut reaction is to question it, which, in turn is met with insistence that it's a well known fact, complete with Reasonable Explanations.

1. Cold air creates greater resistance and is more difficult to push through.

3. The cold affects the performance of moving parts, making the bike less efficient.

4. The body loses energy in trying to keep warm, detracting from performance.

5. Road surface conditions degrade in winter, slowing down the bike.

7. (from people who switch to a "winter bike") The bike itself is heavier and slower.

So firstly, let me make it clear that I do acknowledge the first 4 explanations have merit. But they have merit in true winter conditions, not in hovering-above-freezing, at worst, Ireland. In fact, typically the difference between summer and winter temps here is quite modest. I believe the average temperature in winter is around 8°C (47°F) and in summer around 17°C (65°F). And it isn't unheard of for those to reverse: An 8°C day in the middle of July is not out of the ordinary, and neither is a 17°C day in January. In short, cyclists in this comparatively mild climate shouldn't really be experiencing the sort of detrimental effects on their body's and equipment's performance that are associated with true cold.

Likewise, I believe the Road Conditions argument is exaggerated: The roads here are covered in farming debris, loose chipseal, and slippery oily residue year round, especially after it rains. Since it rains more often in winter, sure it gets a bit worse now and again - but it's not the sort of dramatic difference that should cause seasonal shifts in speed.

Finally, while the mudguards/ winter bike argument might make sense, it is one that applies to few cyclists these days - as most simply carry on riding their favourite roadbike year round, and choose to remain fenderless.

So why do cyclists report feeling slower in colder months, even in places with comparatively subtle seasonal changes? Is it cycling lore, absorbed from stories that take place in Continental winters, then internalised and expressed psychosomatically?

There is some element of that, I am sure. But I wonder also, whether our temperature sensitivity is reflective of the climate we're adapted to - so that a 3°C winter's day, for someone accustomed to a steady 8°C average, might actually be a shock to the system.

I remember dragging my husband out cycling one February morning. It was a couple of years ago, when he hadn't yet become the avid winter cyclist he is now. I remember the temperature was fairly mild, and yet he genuinely had trouble breathing - in the same manner I'd have trouble breathing back in Boston, once the temps dipped below freezing. It is true that our bodies - and minds - adapt to whatever conditions we are faced with.

Then again, I think the most reasonable explanation could be this:

With the shorter days, we tend to get out less in the winter. Consequently, our fitness decreases - so that when we do go out on the bike, we feel slower, temps and road conditions and draggy accoutrements notwithstanding.

What do you think? Do you notice a difference in your cycling performance in the colder months, and if so what do you attribute it to?