Gifts That Make You Go Broke! 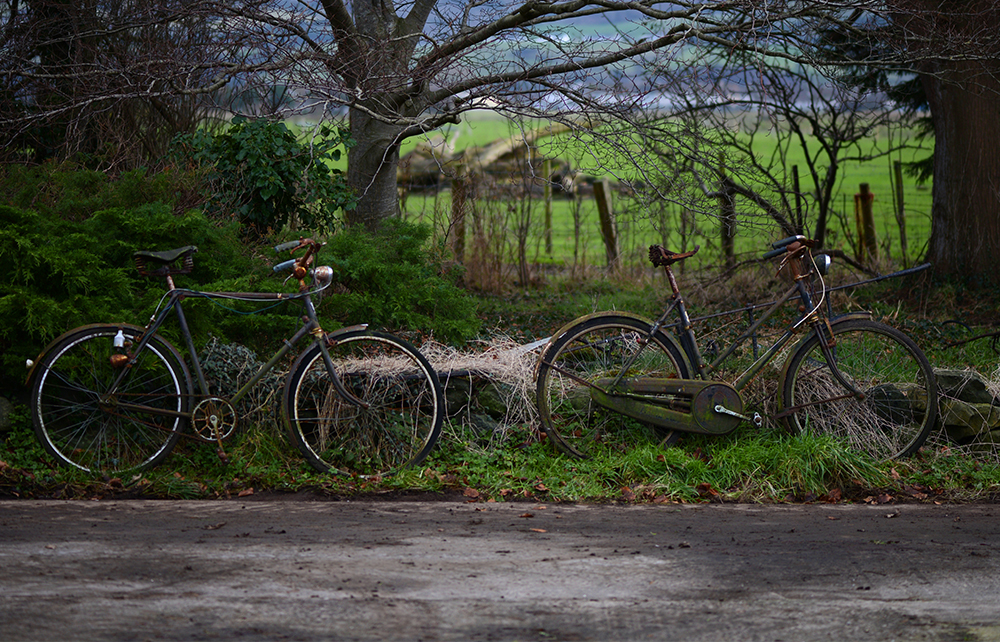 Well, it's only early January and already this year is off to an interesting start. The other evening I had a visitor. A neighbour from down the road arrived in his van ...and dropped off half a dozen or so vintage bikes! Most of them were for me to photograph, and he'd be back to collect them later. But two of them I could keep, if I wanted them. Well then!..

Now, if you were to ask me which English 3-speeds are definite musts in my hypothetical dream vintage bike collection, I would say without hesitation that it's a tie between two: the Rudge, with its "hand of Ulster" chainring, and the double-forkbladed Humber. And wouldn't you know it? 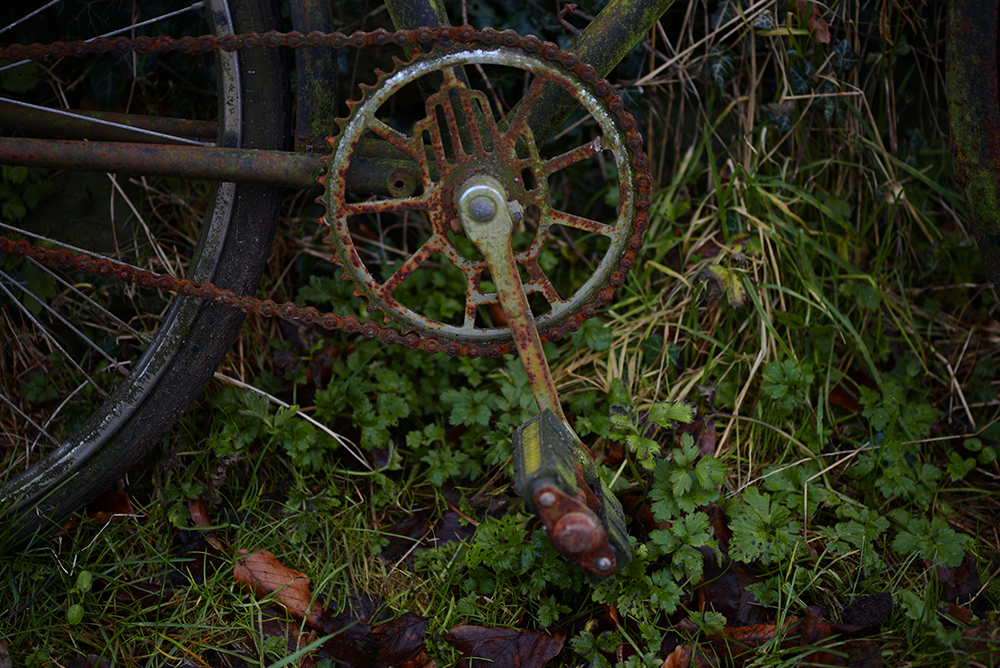 That's right. I present to you, Exhibit A. 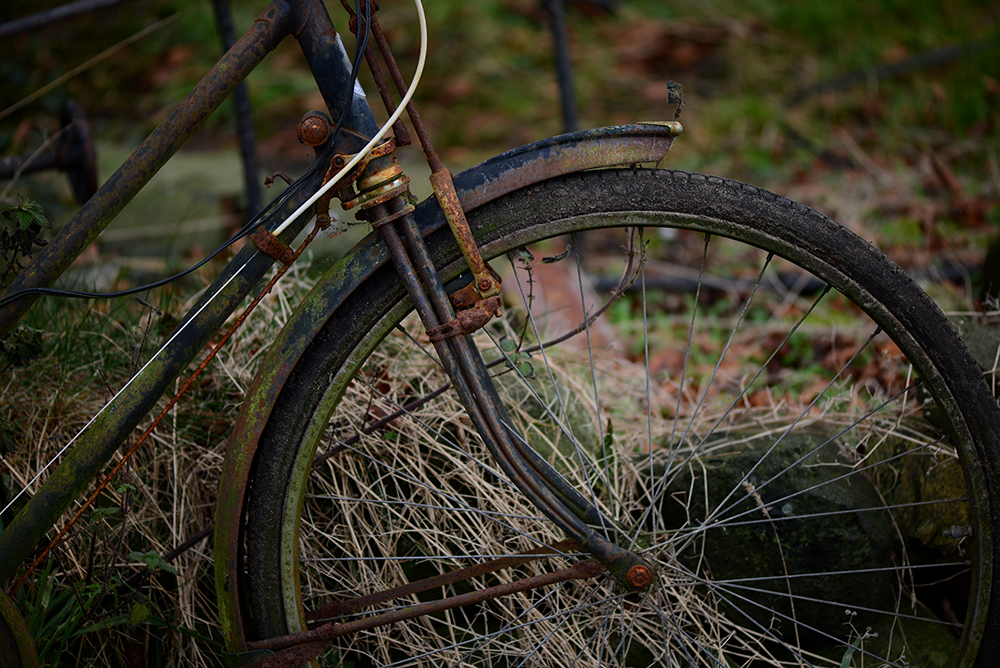 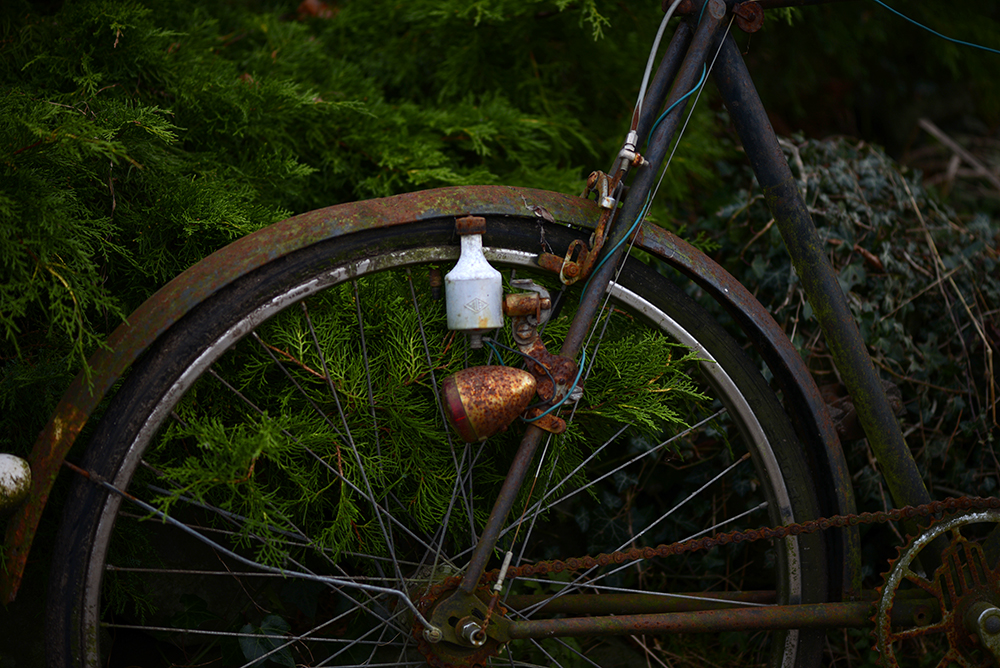 But of course there is a catch, and that catch is plain to see: Both bikes are in horrendous condition. The wheels were frozen so stiff, I could not even roll them along the ground and had to carry them to move them. 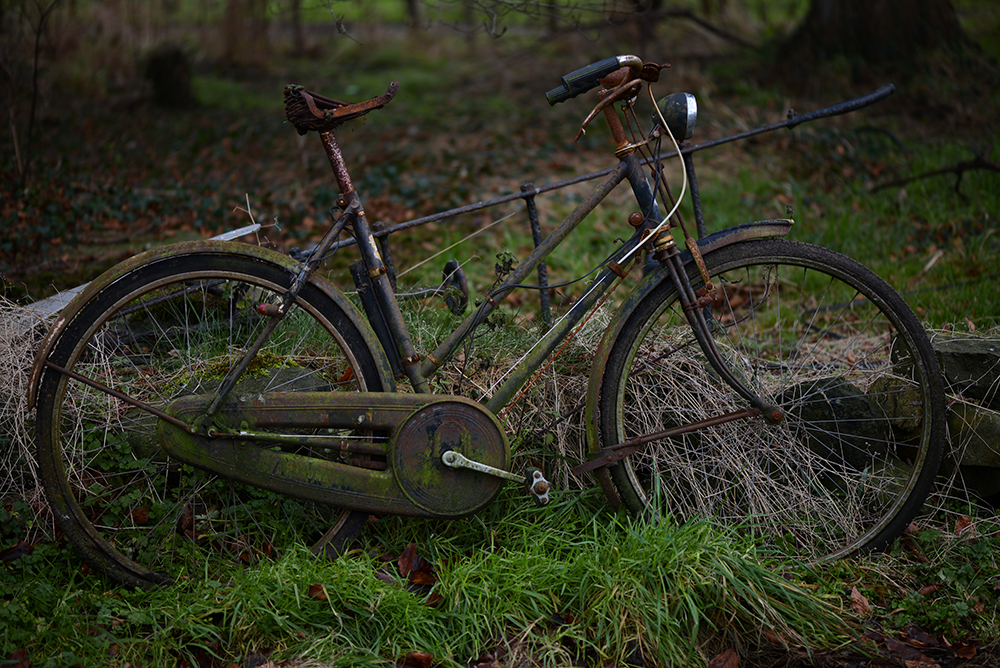 The Humber is a step-though roadster, just about my size. It sports a full chaincase, rod brakes, dynamo lighting (powered by a rear generator hub and a battery pack?), 3-speed gearing, a fork lock, and the remains of a Terry saddle. 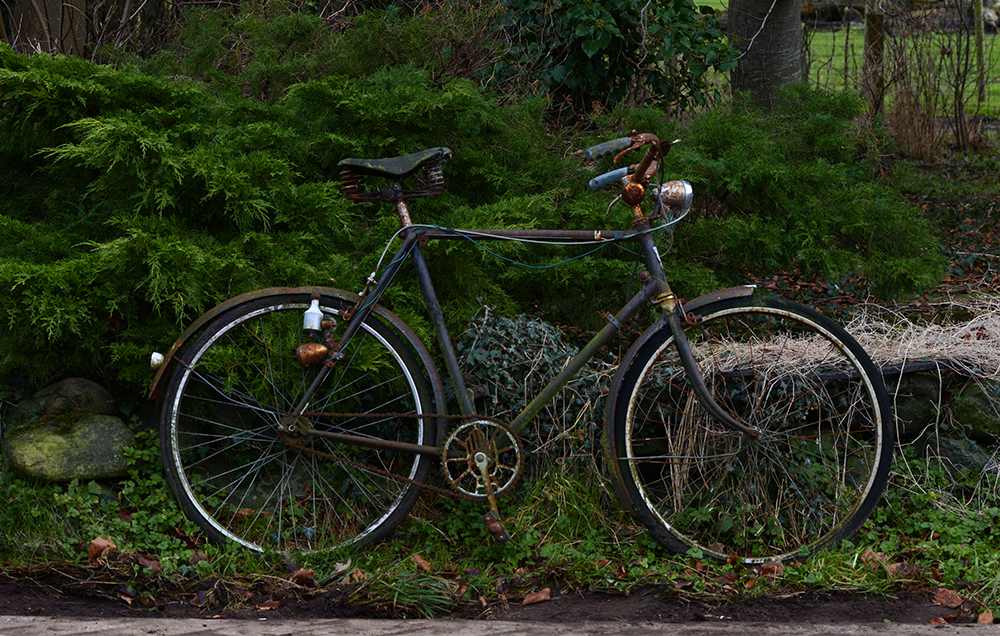 The Rudge looks a slightly newer and sportier model, with rim brakes, no chaincase, bottle-powered lighting, and what looks like a Brooks 73. 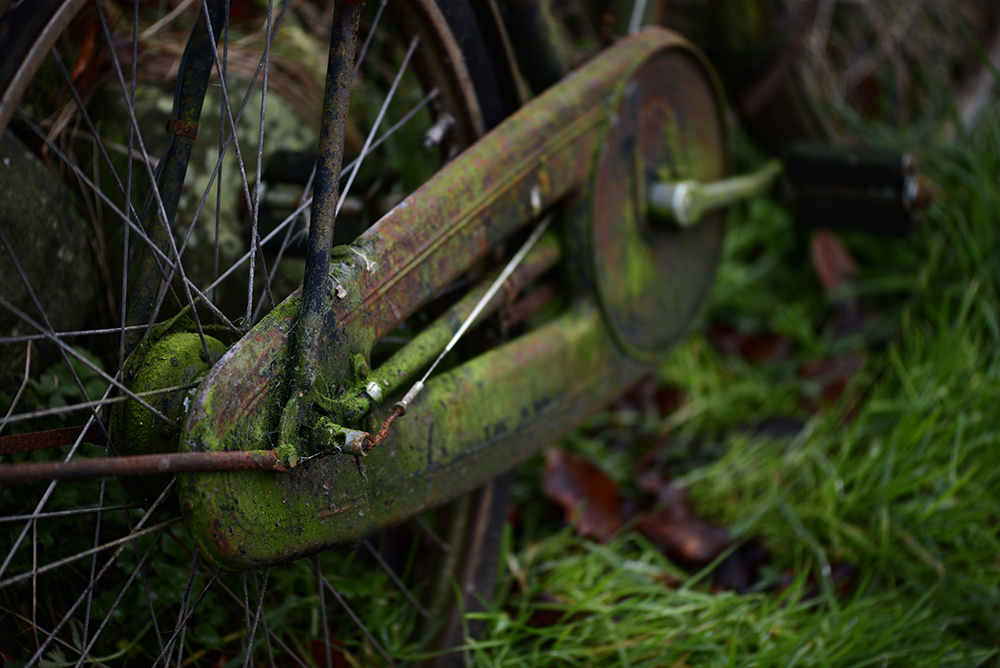 In the early morning light I thought at first that the bicycles were green, but realised soon they were black - just covered with a layer of moss. 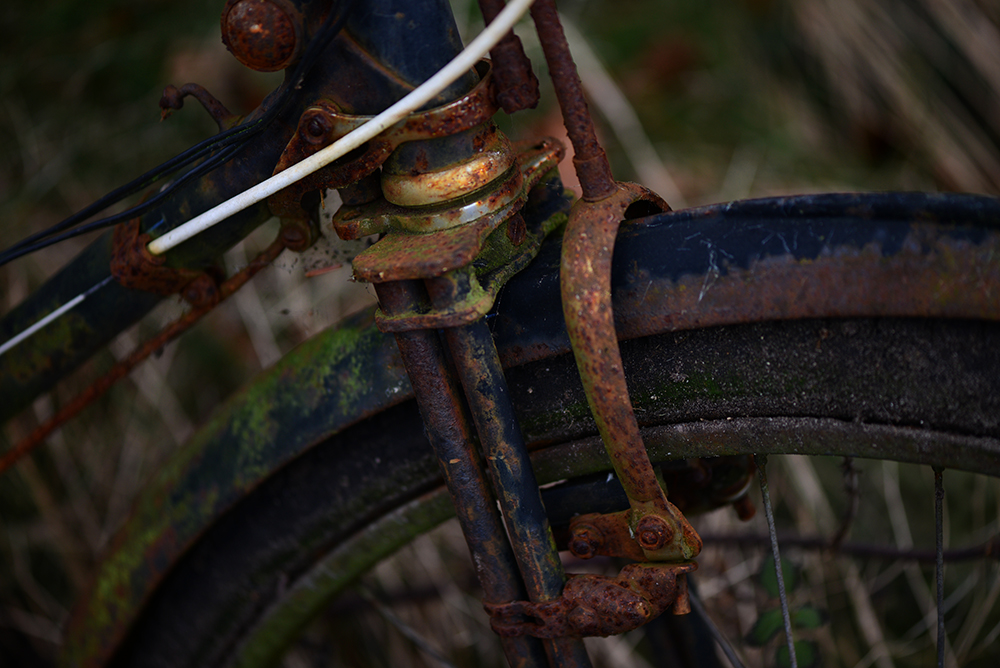 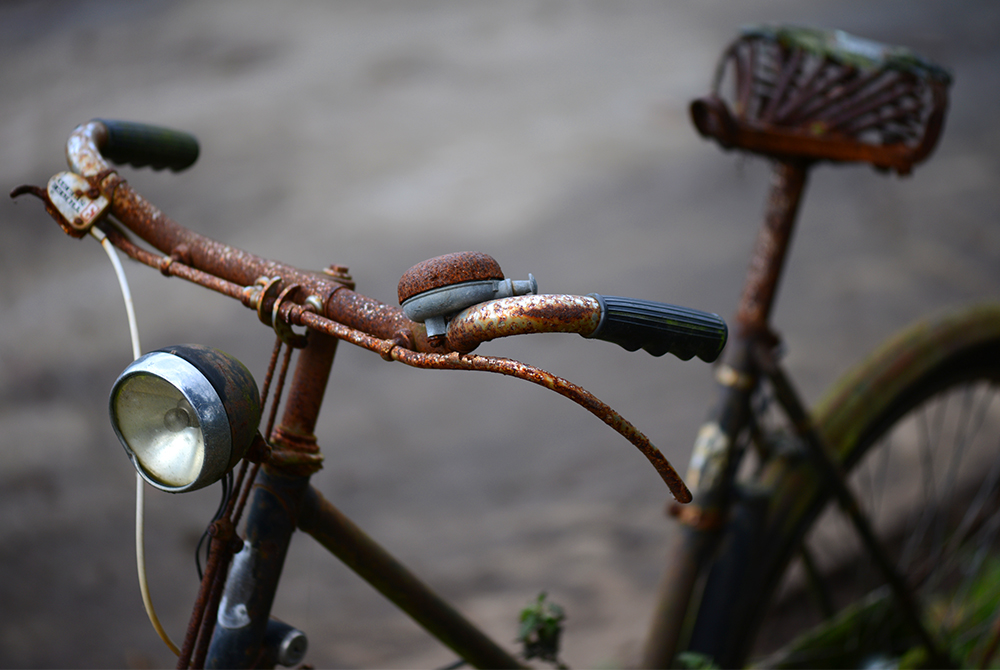 And while you might, quite reasonably, assume these bikes were fished out from the swamp, in fact they were kept in a shed for the last 4 decades. And if this is what the Irish damp does to bikes kept in a shed, just imagine what happens to them outdoors! (See also: Meditations on Early Ruin) 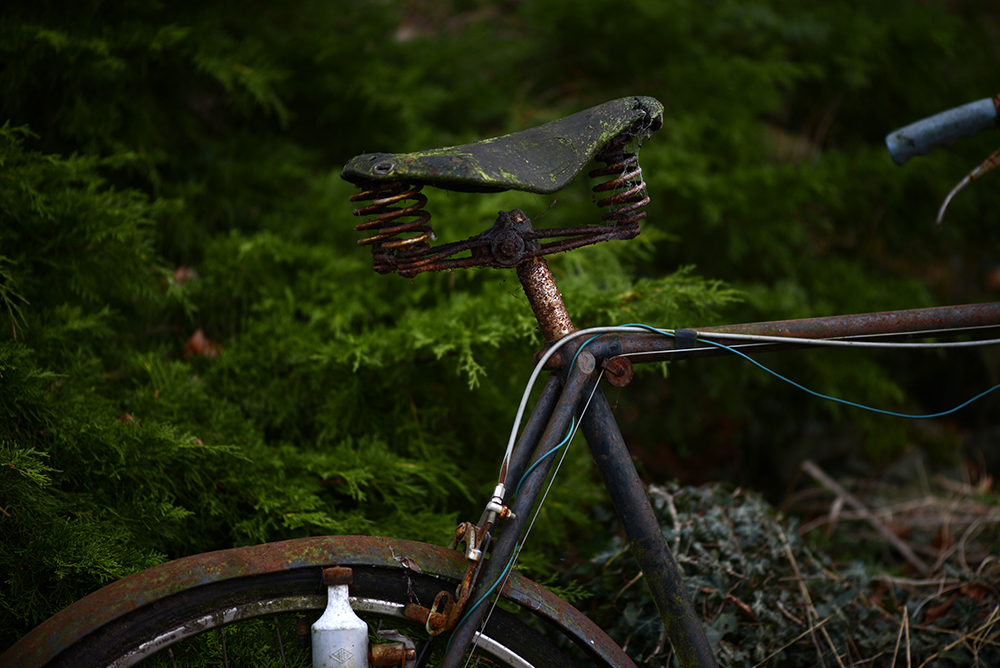 Overwhelmed by their overall look of decrepitude, my initial thought was, the machines were beyond rescue. But a scrape here and there revealed that the rust - on the frames at least - was mostly surface. And that the rims are actually in decent condition. 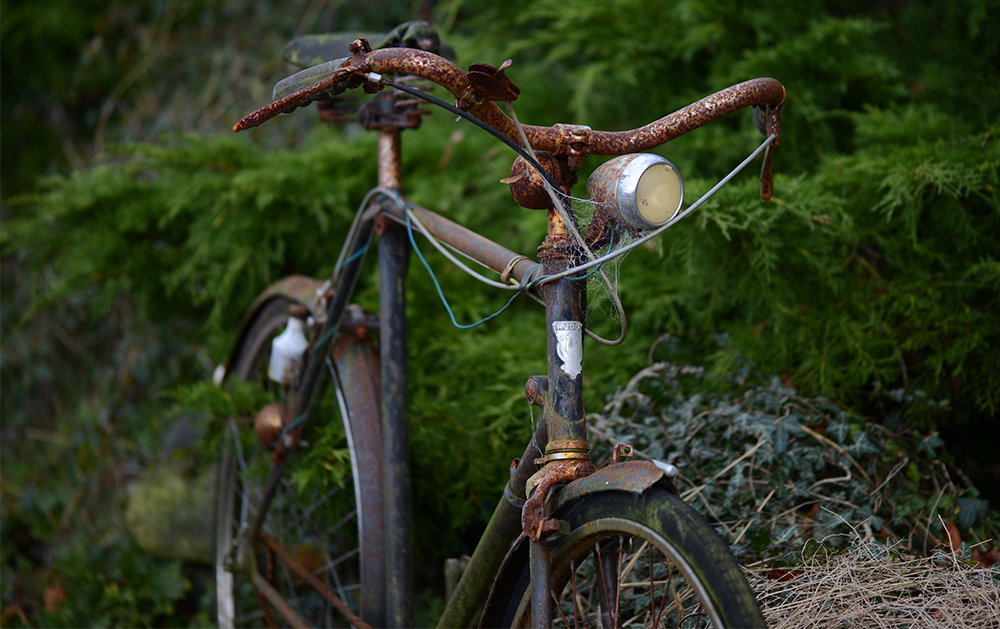 With a sigh, I acknowledged the nightmare scenario at hand: the bikes were not so bad as to be dismissed as unrestorable, but bad enough to need lots of work, and probably lots of replacement parts, if one were to take that on.  I've received a "gift" designed to make me go broke! 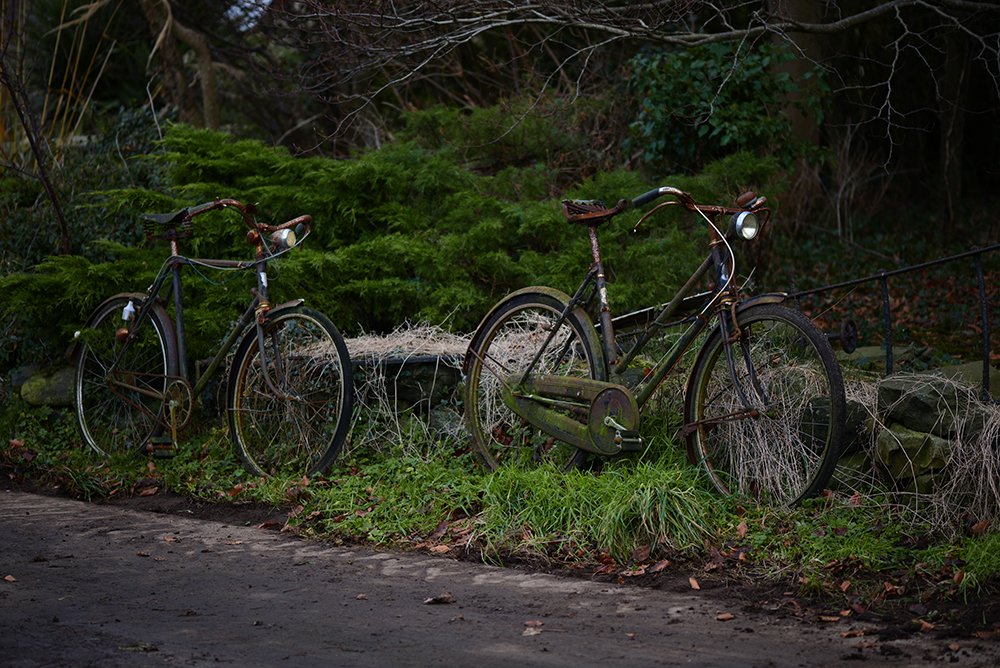 Standing there, all pitiful and neon in their "swamp thang" colourings, I admit these bicycles pull at my heartstrings. Nevertheless, there is no danger of my taking on such a project any time soon. So I'll look around for anyone interested, and pass this "gift" on to them if they're keen. Until then, I suppose there's no harm in giving these moss-ridden beauties a home, and simply enjoying their presence. If you're local and eager for a super-fun restoration project, do give me a shout. And to all, a happy weekend!