Cycling With Your Legs 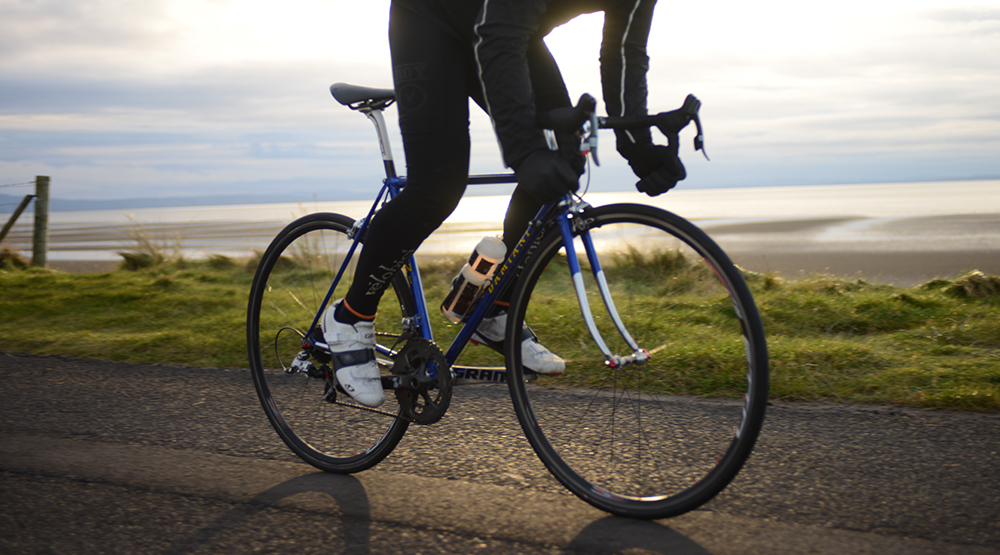 A few months ago I underwent some minor surgery in the abdominal area. In the aftermath I was on two weeks mandatory rest from bicycles entirely. Then two more weeks of riding upright bicycles only. After that, the cycling ban was lifted, albeit with a warning not to strain my pelvic or abdominal muscles.

"Well, that should be fine," I thought, "I mostly cycle with my legs after all." And for the first time in a month I set off on my roadbike.

Of course, 'cycling with my legs' was easier said than done! And very quickly I became aware of just how much I relied on muscles other than those in my legs when riding a roadbike. In particular, having to go easy on my abdominal and pelvic regions, felt - not inappropriately - as if the floor had dropped away beneath me, leaving a vague and murky hollowness.

When I tried to accelerate, it felt as if my legs had been disconnected from their primary power supply and were now expected to run in some weird and clearly inferior energy-save mode.

Climbing uphill felt like running on a dead battery whose smooth and fully-charged functioning I had previously taken for granted. Powerless. Drained.

In both of these scenarios, in fact I quickly realised I did not even know how to engage my legs without the use of these other, off-limits muscles.

The expectation to power the bike with my legs now seemed entirely unrealistic. They were motorised tools and I'd taken away the motor. Now what?

Fortunately, the body does adapt. Day after day my legs grew more 'self-sufficient' for lack of a better term. It was almost as if they developed their own backup mini-motors, upon realising that no help was forthcoming.

Then my bum and lower back came to the rescue. Even my arms and shoulders got in on the action, hardening from the effort of holding up my torso over the bars with limited abdominal help.

It all felt very strange indeed: first like running on empty; then like tapping into alternative sources of energy. But it sustained me through months of cycling, as follow-up procedures left my abs in a state of perpetual convalescence.

In the course of those months I wasn't exactly an invalid. I rode a century sportive, and went on weekly hilly metric-century trips with my husband. I had a great time cycling with my legs! Still, I did not feel like myself on the bike. Most of all I missed that feeling of pulling at my core to propel myself upward. And the strangest thing is, I had not even been aware of that feeling until I lost access to it.

When we think of the bicycle, what immediately comes to mind is pedaling. And it's easy to forget there is so much more to it. Now, more than ever I appreciate what a marvelously full body experience cycling truly is.

Last week was the first time I got on the bike with my abs and pelvic core fully back in service. I went for a 25 mile spin and I did try to take it easy on those now out of practice muscles! Still, the next morning, my middle was so sore I nearly screamed when I sat up in bed. A week later, I am still feeling the growing pains. But they are pains I gladly welcome. And my legs are happy to have their motor back.