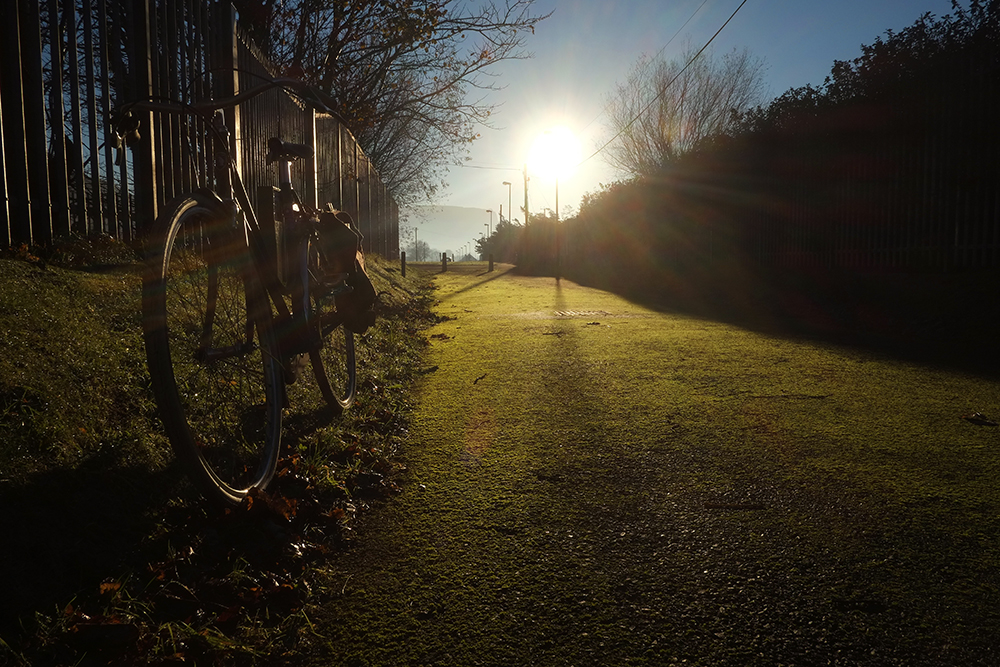 I am noticing that every year there is more and more attention paid to the Winter Solstice. On the radio this morning they where playing solstice-themed songs. I hadn’t even known they existed. They were also discussing Solstice parties. Some parents called in, to say their kids are being taught about Solstice in kindergarten and primary school, complete will little celebrations. Overall it seems that quite a few people are celebrating Solstice now, either in addition and in leu of religious festivities.  I've received a few cards and emails this year that actually wish me a Happy Solstice, unironically. And I'll be going to a party tonight.

Winter Solstice is an easy occasion to mark. It is obvious and observable, and the buildup to it is trackable. But the notion of celebrating it per se, used to confuse me. The shortest day. The deepest recess of winter. Is that not rather glum? Then it hit me, that what's being celebrated is the turning point. The shortest day is also the end of shortening days. Days will only get longer from here on.

In Ireland, there remains a dread of winter so deep and so serious, I can only attribute it to persistence of cultural memory. For today, in their heated homes and vehicles, few are affected by the relentlessness of the elements. Few rely on daylight to seek sustenance. Cold and wind and early nightfall make hardly an impact on most people's work lives and social lives. But the dread remains, as if there is a suspicion that all of this [sweeping gesture] stuff can go at any time, leaving only the brutal realities of landscape and weather. And then where would we be?

There is an undercurrent of anxiety that begins in late October and grows, slowly and steadily, through the following month through the early days of December. Its buzz can be heard, almost like an electric current.

Then, with Solstice, comes the release.

"Sure it won't be long now!" I hear again and again this week.

Even though there are still two months of winter remaining, there is a collective feeling of having survived the difficult part, thus being encouraged to hang on for the rest.

Having always enjoyed winter, I cannot emotionally partake in this subtle cultural drama. Still the longer I live here, the more it feels as if I sense Winter Solstice, as a turning point and a special occasion at least. I have even developed a ritual. I go out on my bike and attempt to catch the last of the daylight, stopping at the beach or along a forest path to watch the light wane. And then, with a sense of having witnessed something important, I ride home in the semi-darkness, feeling something akin to "it won't be long now" ...despite knowing rather too well that the harshest winter months are still ahead.