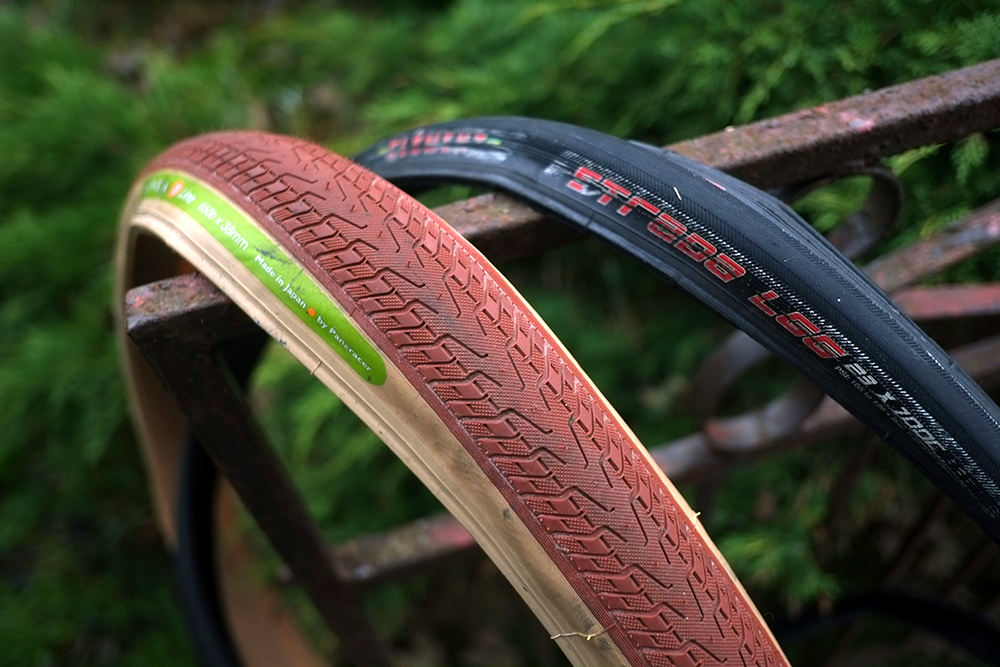 There is a branch of psychology, nearer to its border with philosophy than with science, which deals with a concept called Social Representations. It is an intriguing field of study, with the central premise that an individual’s perception of reality is shaped inasmuch by cultural narratives as it is by direct physiological perceptions. And further, that physical sensations are, in of themselves, shaped by cultural narratives to begin with.

In the cycling world, trends in tyre width offer an almost too perfect real-life scenario to see this phenomenon at play.

Over the past few years there has been a distinct shift in the popular narrative regarding what tyre width is optimal. I am sure I can’t be alone in remembering that as recently as 5 years ago, 23mm was considered the standard width for road use, and 21mm were not uncommon. When I moved to Ireland, some cyclists were even riding 19mm. The 25mm tyres on my roadbike were seen as exotically wide. And slow!

“You are making things harder on yourself with those big fat tyres,” I was told by People Who Knew, by People With Experience. This was followed by convincing technical explanations as to why narrow tyres roll faster.

Which is all well and good. People are entitled to their opinions. Except…

A couple of days ago, I bumped into one of those people again. I don’t think he remembered our earlier tyre debate; it had been a while. As bike people do, he examined my bike. When his gaze fell on the tyres he gave them a critical look: “You’d do better with 28s sure!” As I listened in stunned and not undelighted silence, he then proceeded to explain why wider tyres run at lower pressures roll faster, referencing road.cc, which in turn had referenced “that clever German fella in Seattle.”

“But sure you'll feel it yourself!” he added, encouraging me to give wider tyres a try as we waved good-bye.

So what exactly is it that we feel as we ride tyres of different widths and form impressions of speed and comfort? If the same people who were convinced they felt fastest on 21mm tyres a few years ago are now convinced they feel fastest on 25mm tyres, there must be some degree of external influence involved. To what extent are these physical sensations shaped by the current popular narratives - by the latest arguments in cycling magazines and forums, by the opinions of club-mates and bike shop staff, by what "the pros" ride?

I am no stranger to a 28mm tyre on a road bike. Or to a 32mm tyre. Or 42mm for that matter. And like everyone else, I sense - or think I sense - the so-called sweet spot. For road use, that sweet spot hovers at 25mm. Too wide by 2010 standards and too narrow by 2016 standards, it stubbornly persists in feeling “best,” to me. I cannot justify that feeling with a scientific explanation of rolling resistance. All I can say is 28mm+ feels clumsy and sub-23mm feels precarious, whereas 25mm feels like all is right with the world.

For mixed terrain, in the 650B size, I thought that I had settled on 42mm. Then recently I rode a pair of 38mms for a bit, when testing a batch of tyres a manufacturer had sent. When I switched back to my original tyres I was surprised to find that I missed the slightly narrower width. In what way the 38mm felt better, I cannot exactly say. But I am open to re-examining my preferences.

How do you know what tyre width feels optimal? And has this changed for you over the years?