I Am a Slow Moving Vehicle 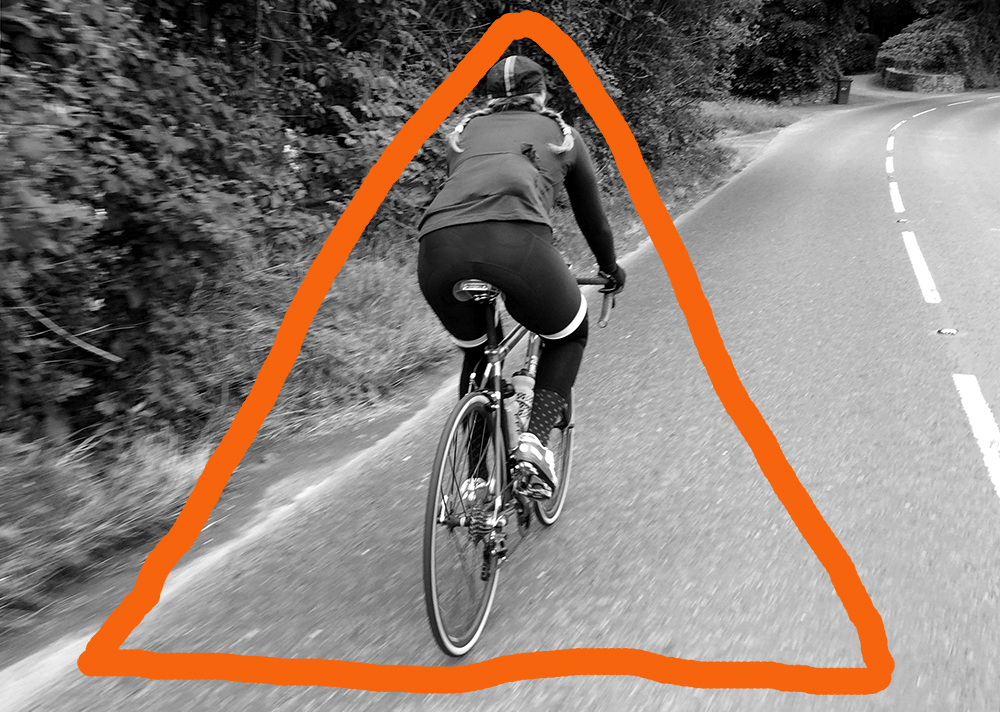 I got chatting to a fellow the other day who commutes to work by bike. He has been cycling for a couple of years now, having bought a racing bike as part of the cycle to work scheme.

Eying up the bike I was on, he said, "Right enough, all that would be handy!" - gesturing sweepingly at the mudguards and racks and bags and upright handlebars.

"Ach, where I live it would be too slow. Drivers would go mad sitting behind me!"

I was taken aback by this explanation. Not because I've never heard it, but because I haven't heard it in quite a long time. In fact, the last time I heard it was in Boston, before transportation cycling had become popular there, and when the few cyclists who did take to the roads seemed sharply divided between those virulently opposed to drivers and those trying desperately to appease them. The idea that cyclists who go fast are less of a nuisance to motorised traffic belonged to the latter group. And I always thought that reasoning to be flawed. Not only from an "it's futile for minorities to try and appease the oppressor" standpoint, but also purely logically.

I mean, let's have a look at the actual speeds we're dealing with.

On a relatively heavy, upright utility bicycle, I typically average 12mph along the road into town. But instead of me, let's use an "even slower" cyclist as an example and for the sake of the argument say they are traveling at 10mph.

On a relatively light, racy roadbike, I typically average 17mph along the same road. But instead of me, let's use an "even faster" cyclist and for the sake of the argument say they are traveling at 20mph.

So, it is fair to say that a fast road cyclist can travel twice as fast as a slow utility cyclist, which on the face of it sounds like a huge difference.

But then I consider these speeds from a motorist's point of view. The posted speed limit on the road into town is 60mph. But let's say the motorist is me, and I am being conservative on this winding narrow road and traveling at 50mph. And as I travel at this speed, I see a cyclist up ahead. Am I going to sit behind the "fast" cyclist at 20mph, admiring their speed? No, I'm going to want to pass them, same as I would want to pass the cyclist going 10mph. Compared to me, they are both slow moving vehicles. Both will require slowing down and overtaking with care, probably switching to the opposite side of the road. And in that situation, if anything I actually find it easier and safer to overtake the slower cyclist. The closer an "obstacle" is to being stationary, the less risky and more predictable my overtaking maneuver can be. The more I think about it, the more I realise that as a motorist I am more anxious when passing faster cyclist than slower ones.

But it occurred to me that other drivers might see the matter differently. And so I did an informal survey of friends and family who are drivers. Interestingly, the replies were split fairly evenly: with some finding it easier to pass slow cyclists, others finding it easier to pass faster cyclists, and others still finding that it doesn't matter - a slow-moving vehicle is a slow-moving vehicle. And hey, it's easier than passing an enormous tractor anyway - at least your view of the road ahead isn't blocked.

There are exceptions to the bicycle's relative slowness. In congested areas or at peak commuting times, when cars are stuck in bumper to bumper traffic, cycling speed can be superior to motorist speed. But we are not talking about this kind of scenario.

Regardless of my choice of bicycle and of my pedaling prowess, I do not kid myself: On the open road I am a slow-moving vehicle. And does it matter how slow? I should certainly hope not.