It's Aliiiiive! The Re-Birth of Ulster Cyclo-Cross 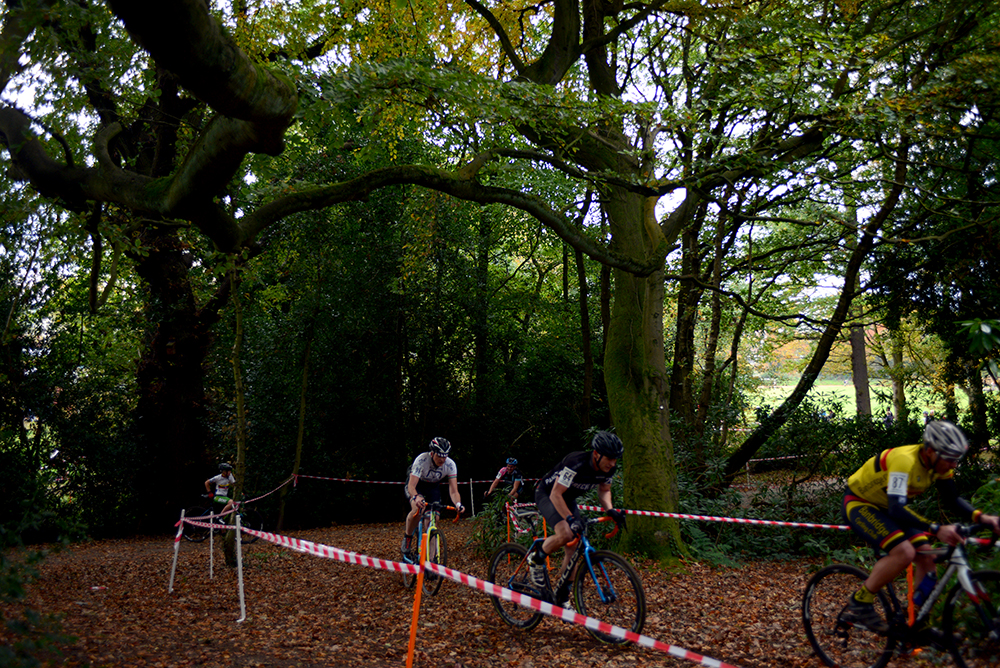 When I tell this story now, I suspect that no one will believe it - not even the parties involved. But the honest-to-goodness truth is, when I brought over a cyclo-cross bike from Boston less than three years ago, the local cyclists scrutinised it like an object from outer space.

"What is cyclo-cross?" some would ask. I would explain, and this would be followed by “Never heard of it!” or “Sort of like mountain biking then, but in a field? Weird." 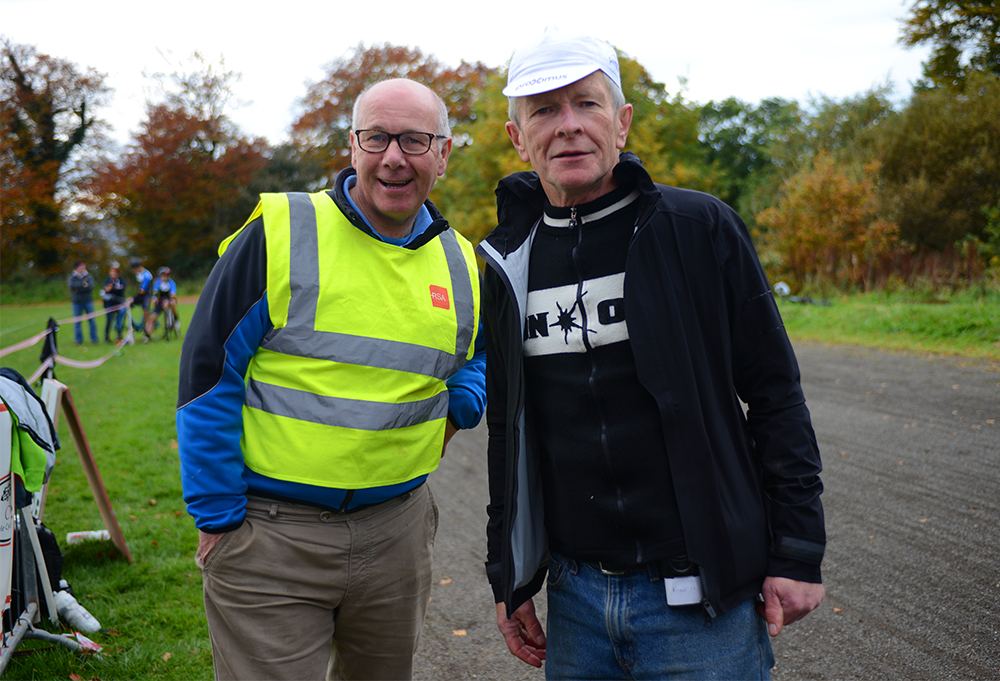 Others - those who had been on the racing scene for decades - knew well enough what it was; they had even raced it twenty years ago. But the concept of an off-the-shelf cyclo-cross bike was unheard of then. Everyone knew you raced cyclo-cross on an old, heavy, decrepit steel bike that you force-fitted with the widest tyres you could manage. Not on a bike manufactured specifically for the purpose!

“Well," I would say, apologetically, "these bikes have been getting kind of popular over the last few years."

“Sure, maybe in the US. You’ll not see that carry-on here!” 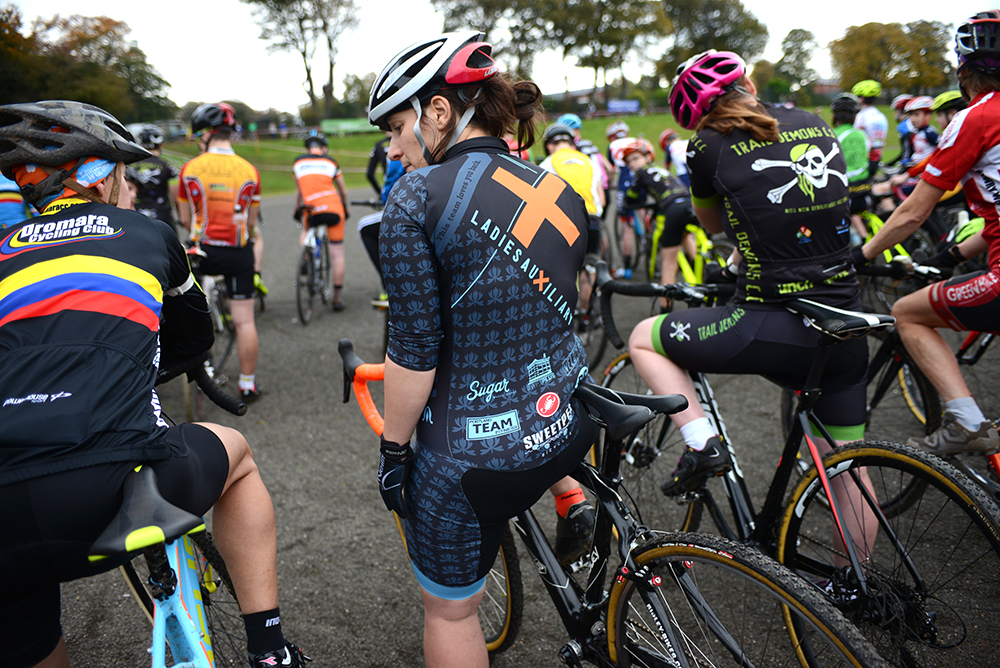 Today at St. Columb’s park in Derry, that carry-on was in full swing. It was race number 7 in the fledgling Ulster Cyclo-Cross Series. If I didn't know any better, I would think the cyclo-cross scene - with all of its accoutrements - had been thriving here for years.

It was all here, as if ready-made: the racers, the bikes, the kits, the magical woodland course. 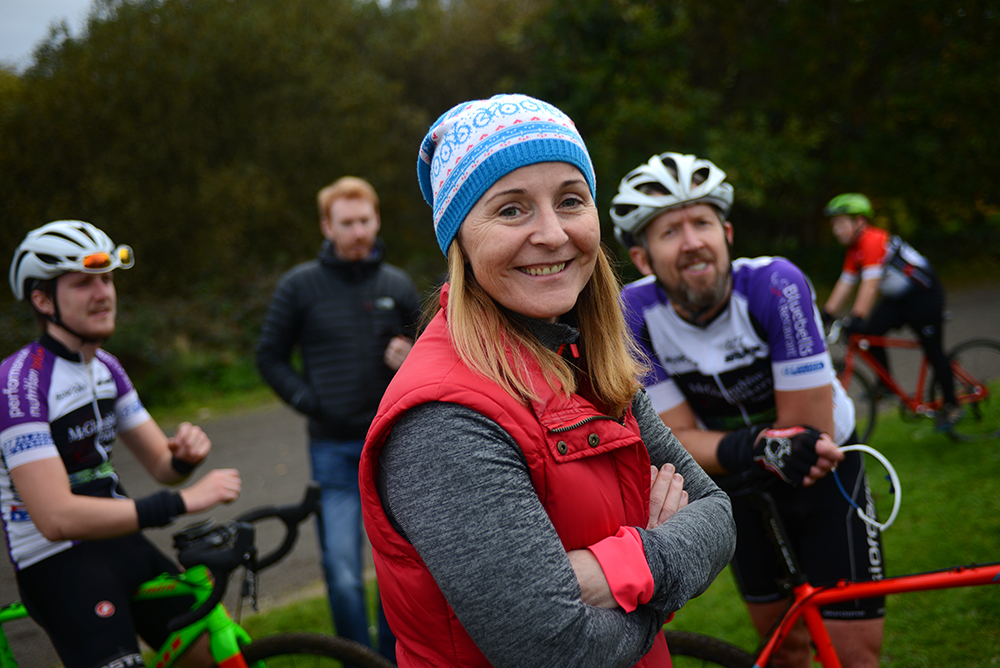 Not to mention the fashionable knitwear, 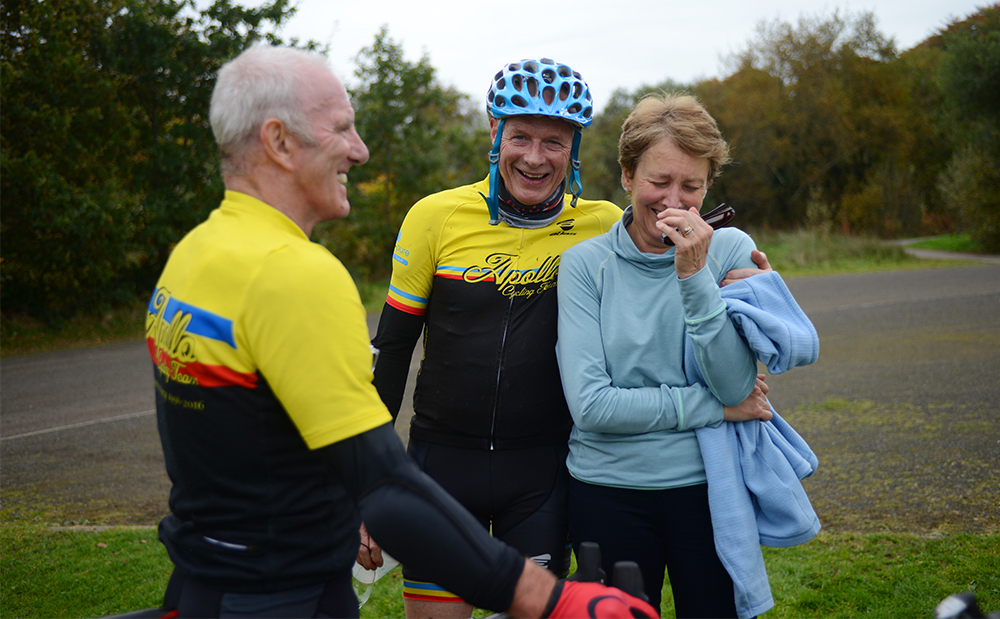 the behind the scenes romance, 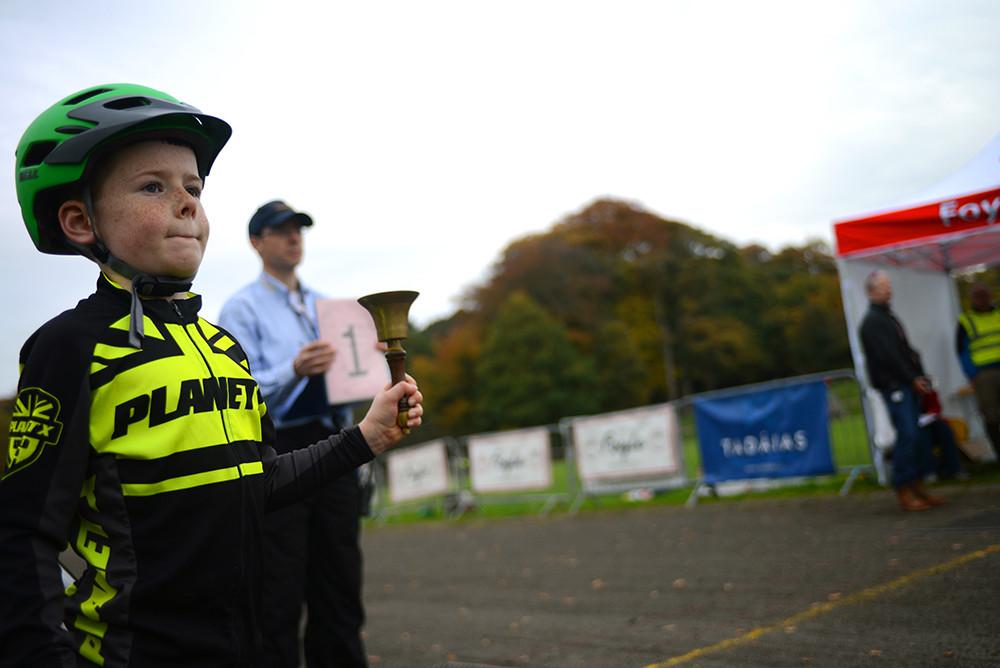 and the sheer intensity. 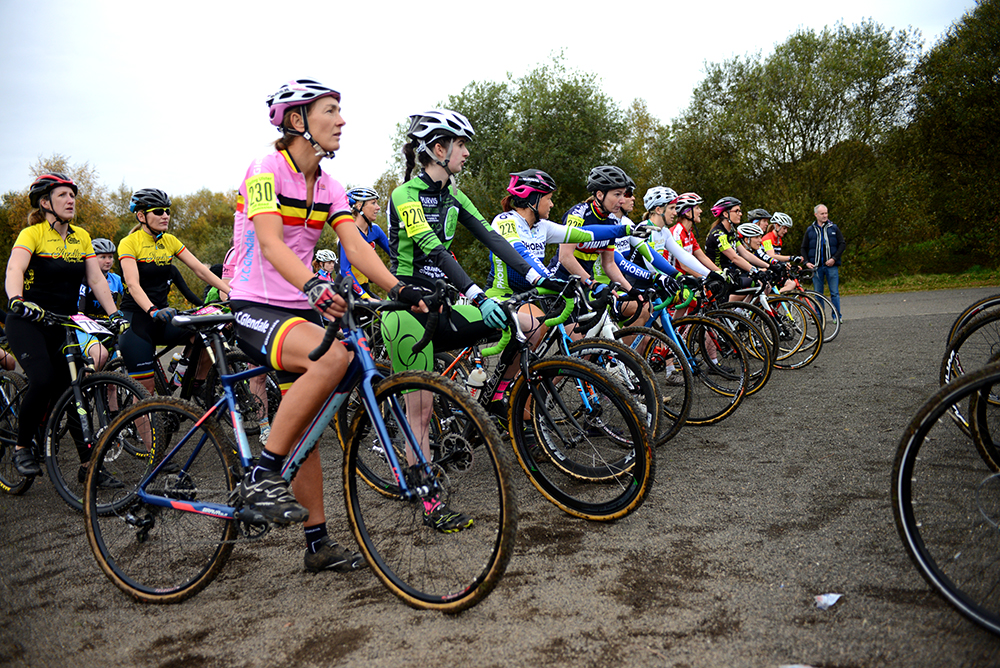 The day was a rather bleak one, hazy and washed out, but without the drama of rain or mud. Still, the excitement was there.

The racing went on all day, with multiple divisions including men's, women's, juniors, and a separate mountain bike category. 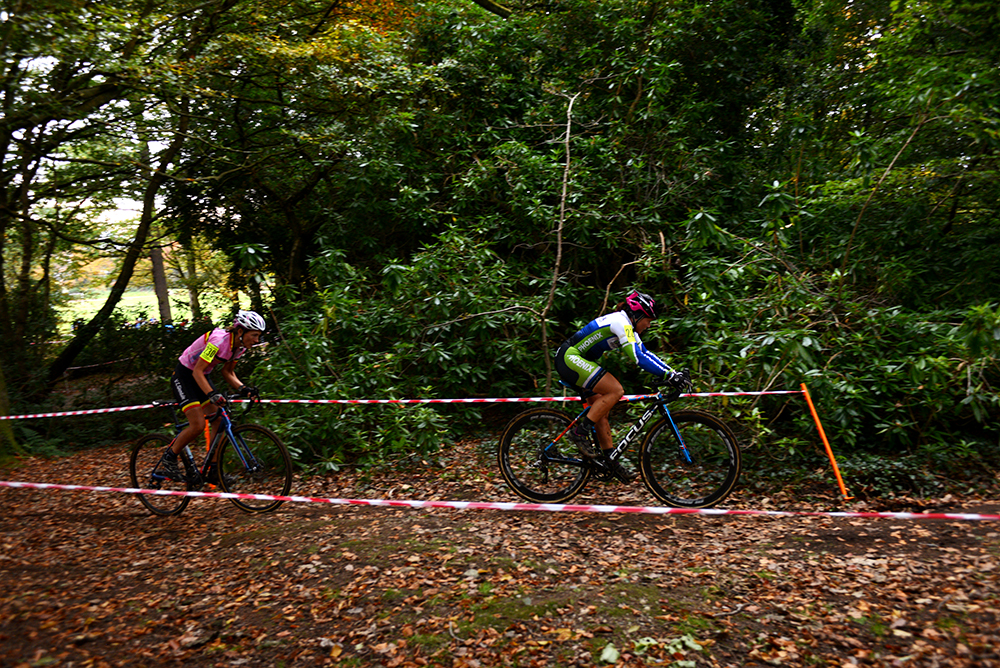 I had to leave before the Elite men's race, but the ones leading up to it were plenty exciting to watch, especially the women - who chased each other up inclines with an aggression so tangible I could nearly taste its phermonal spray from the sidelines. 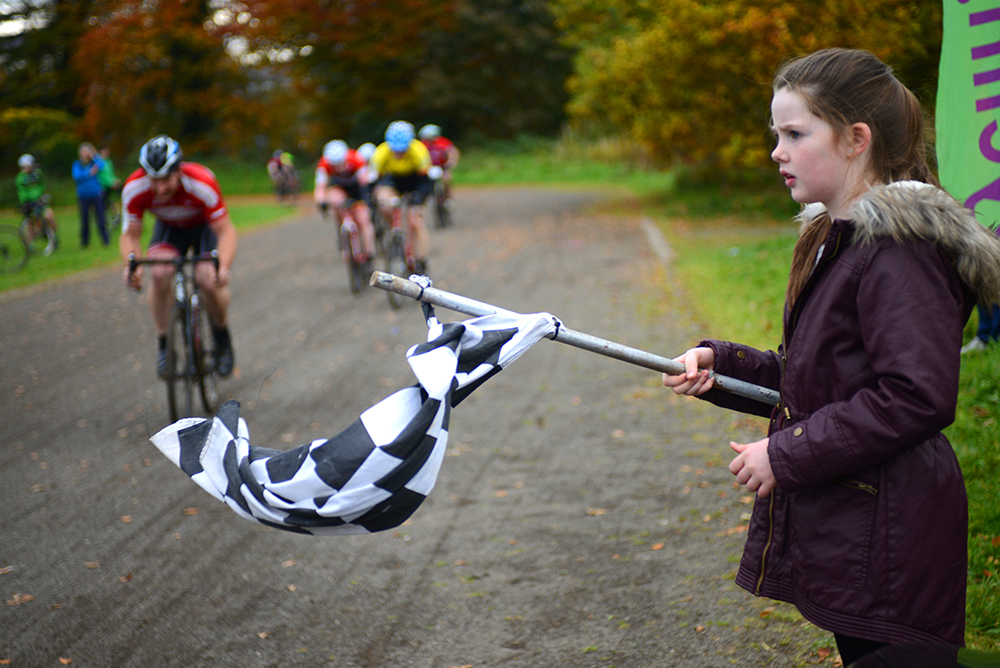 The overall styling of the race was very "American," I thought (as opposed to continental European).  However, the energy was different. There was an emotional intensity, a seriousness to the people here once a race was in progress, of a type I have never seen in any race I've attended in the US. Perhaps this is because American riders tend to disguise their emotions at such events (as a psy-op tactic of sorts, I have always thought?), projecting an aura of either toughness or merriment. The riders here looked more vulnerably earnest. At times I found myself entranced, standing stark-still, camera limp in my hand, just watching their faces. 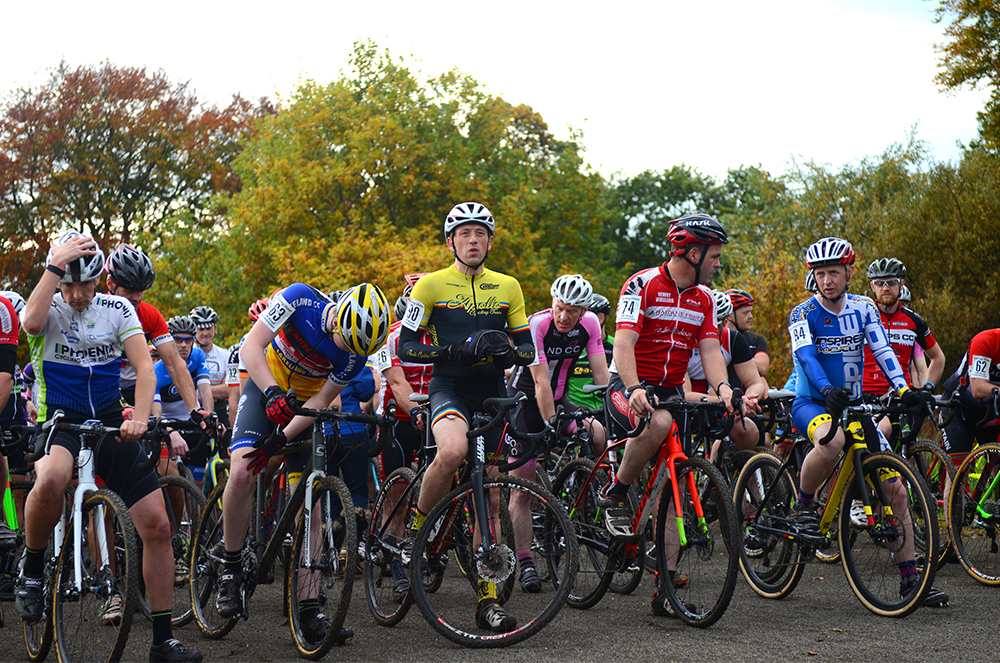 Why do I go to cyclo-cross races? I am not into the sport in any meaningful way. I do not feel a sense of duty to "support the local scene" either; they do well enough without me. But I go because, when I learn there is a race nearby, I want to go. Because I find it... I was going to say "entertaining," but this is perhaps the wrong word. I find it enchanting. 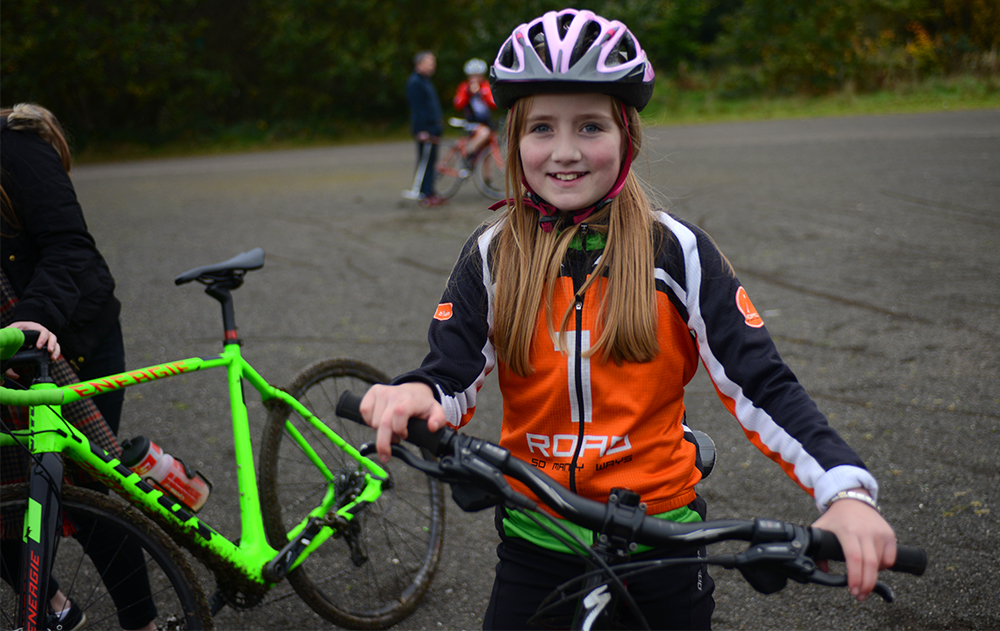 All those colours, all that energy, and all those nuances - including the cultural ones - spread out in front of us spectators, as if on a platter. A gut-wrenching reality-theatre, gifted to the public free of charge. How can I not come out and see it. 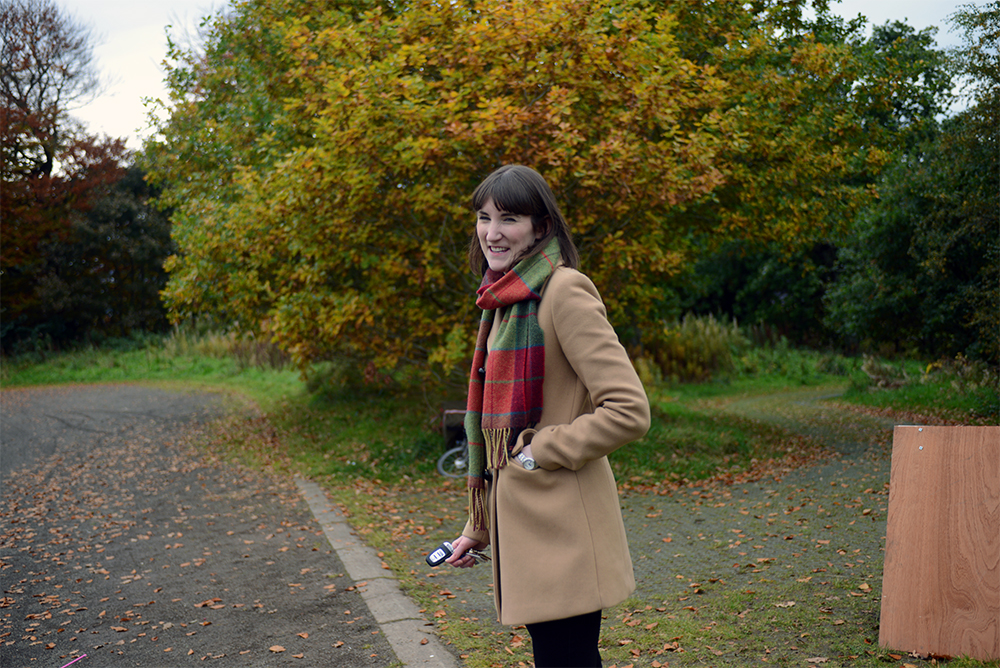 I don't know. I think cultivating spectatorship is important. And if a sport is to thrive, then getting people to feel the way I do - even if perhaps they do not describe it quite so dramatically - is important. Aside from the organisers, spouses, parents, and retired racers, there need to be people who come out just because.

The Ulster Cyclo-Cross Series is new, but I think  - judging by the number of riders and spectators present - it is clearly starting to attract an audience. 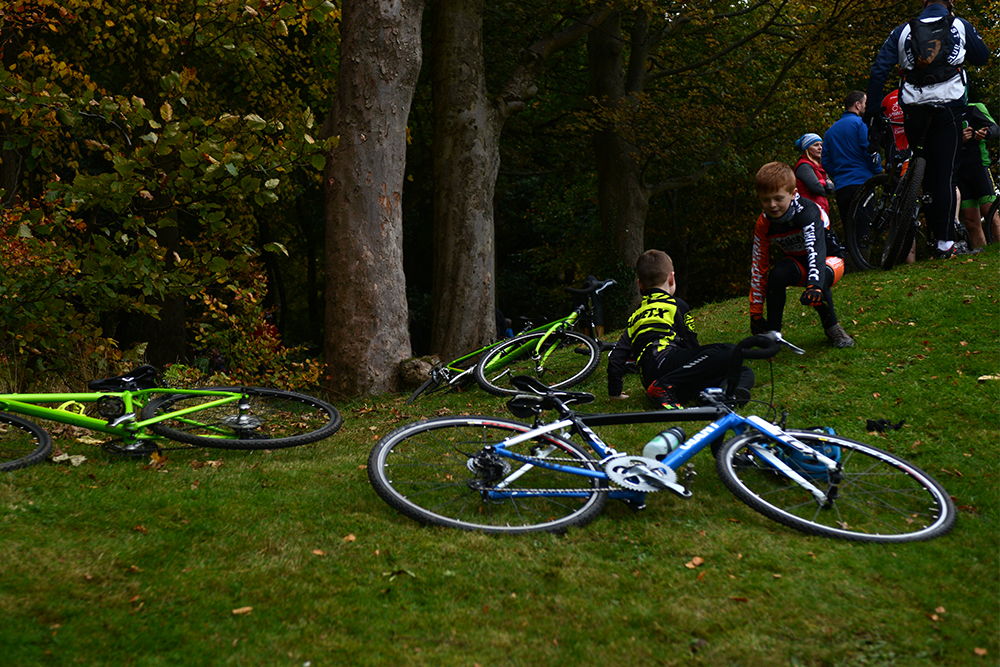 Cyclo-cross is not new to Ireland. But the flavour of the sport I see gaining popularity today is not the same as what was raced here 20 years ago. It is a re-birth of sorts. A hybrid, coloured as much by the American scene of the past 10 years as by its original Belgian heritage. 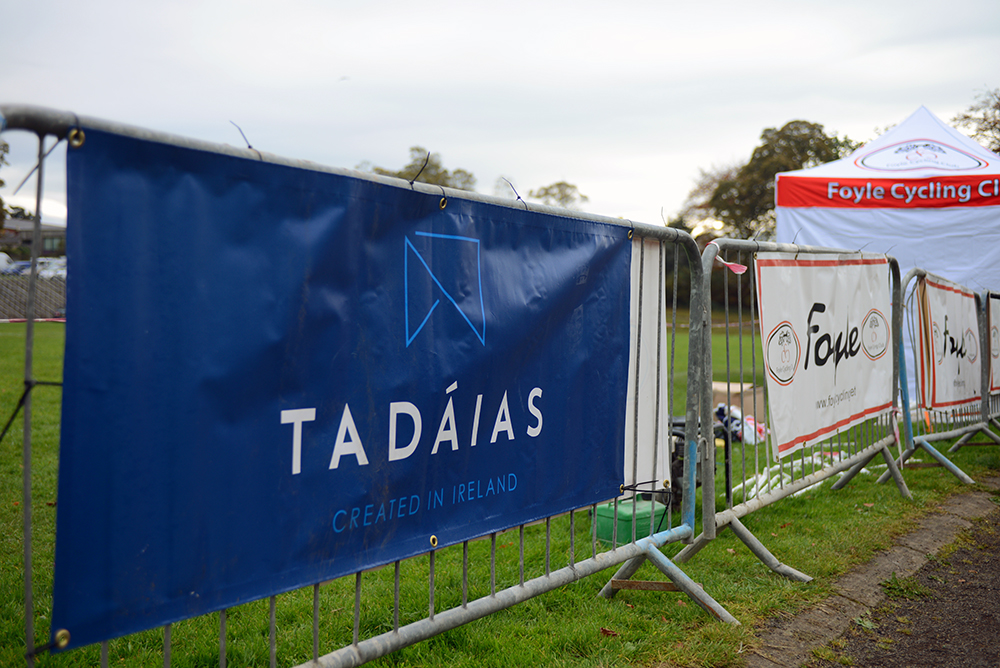 And I suspect that in the years to come - for I can see it happening already - it will evolve into something different still; something uniquely local. I look forward to coming to watch.