On Maximising the "Retention Factor" of Budget Bicycles 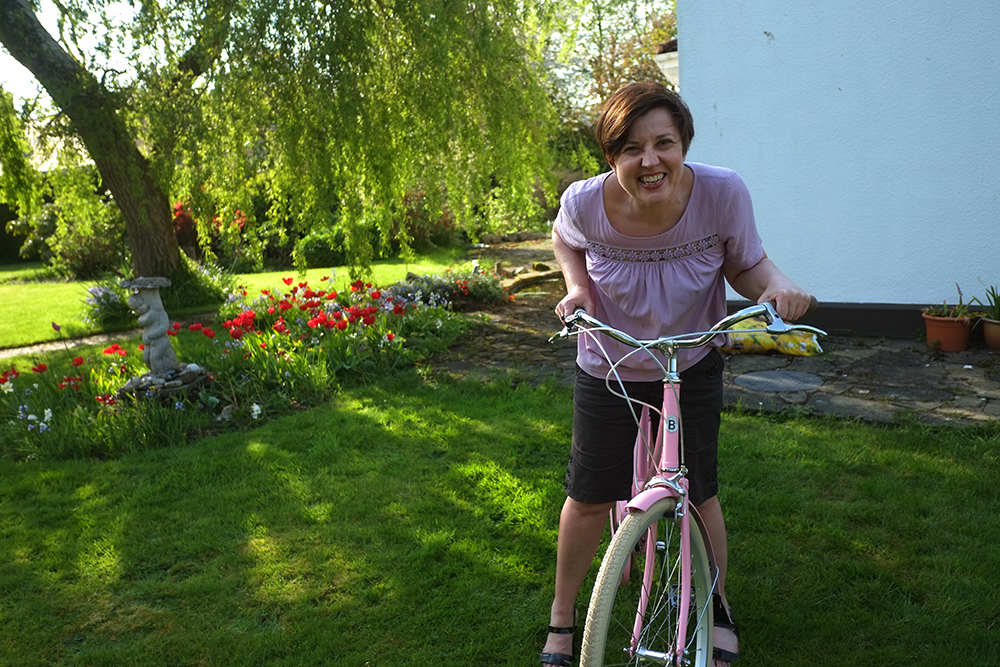 When someone new to transportation cycling asks me for advice on what bicycle to buy, my reply is influenced by two factors. Firstly, their budget. Once that is established, I will suggest a bicycle within their price range. This bike may not so much be "the best" by some set of technical or aesthetic industry criteria, but it will be one I believe is most likely to make a good impression on that person, and, most importantly, to keep them cycling. Because, really, the important thing is not just that the bicycle is purchased, but that it is ridden. And that it turns the new owner into a cyclist!

This idea of judging (or producing) a bike on this merit is one that seems to surprise manufacturers, whenever I have occasion to mention it to them. But really, it shouldn't.

Consider, for instance, how many people who try transportation cycling stick with it, and how many do not. For those who do not, what is the reason? While environmental factors - such as distance, terrain, and the availability of cycling infrastucture - certainly influence the cycling experience, the bicycle itself plays a crucial role as well.

It goes without saying that the bicycle should be comfortable, be designed with suitable geometry and accessories for transport, depending on the customer's requirements. But the thing I am talking about here is, in a way, more basic. Think of a person's first bicycle as a sort of ambassador for the cycling experience. The bicycle needs to convince its new owner that cycling for transport is convenient and easy, not troublesome or problematic.

So in honour of the upcoming Interbike, I would like to share some thoughts on what manufacturers of transport bicycles can do, to maximise their product's "retention factor." In particular, here are 3 crucial things in this regard which I feel are often overlooked:

Whenever I mention the importance of this to a manufacturer, there is almost always resistance.

"Oh come on. Customers aren't stupid. Flats are so easy to fix! If they want puncture-proof tyres, they can upgrade themselves."

Well, I didn’t say customers were stupid. But you are thinking like a cyclist. And first-time buyers aren't cyclists. Bicycles are new to them. They don’t necessarily find flats "easy" to fix. They don’t necessarily know that tyres can be upgraded to puncture-proof ones ("You mean they are puncture-prone by default?" asks a friend, scandalised, when I attempt to explain this. "Why?!").

On a bike with low quality tyres, it is not uncommon for the first flat to happen within just a few weeks of ownership - an extremely vulnerable period during which the bond between owner and bike is still in the process of forming.

It is my impression, that a fairly high percentage of would-be transport cyclists give up if they get their first flat at this early stage. They do not necessarily mean to give up. In the first instance, they might declare the bicycle "broken" and set it aside in the garage until they can figure out how to fix it, or have time to drive/walk it over to the bike shop. However, life gets hectic, and all too often such a day never comes.

It may seem too trite to be true, but I guarantee this is how a considerable percentage of potential transportation cyclists are lost. Flats! Something so easily avoided by speccing a bicycle with puncture-proof tyres.

2. Ensure that retailers understand your bikes, and know how to set them up.

When it comes to transport bikes in the budget category, they are likely to be retailed not at specialty shops, but at mainstream bike shops and even non-cycling related venues (for example, clothing boutiques) - where the staff might not be adequately trained in setting them up. This often translates to the bicycle not being adjusted properly when it is handed to the customer - in every respect, from drivetrain setup, to the attachment of components and accessories.

It is a very, very bad idea to sell a bicycle to a newbie in this manner. And not just for safety reasons - although there is that, too... I still recall with horror, that time, when the rear wheel fell off a bike I was test riding (a floor model in a Boston bike shop) just as I was half way through an intersection!

But in addition to safety, it is again about the impression the customer gets of cycling based on the bike. Those who decide to try cycling for transportation are not necessarily ready to open a home mechanic's station. After all, they were never expected to fix their own car as soon as they drove it home from the dealer! And cycling is supposed to be easier, more convenient, remember?

If a brand new bicycle does not work properly - chain falls off, gears won't shift, fenders rattle - it is going to result in an impression of cycling as high-maintenance, finicky, fragile, unreliable mode of transport. Any retailer chosen by the manufacturer to carry their products must be trained to ensure this does not happen.

In reviews I often praise transportation bicycles for being "fully equipped" - that is, fitted with mudguards, racks, and lighting.

However, an important caveat here is that these items need to be functional in order to be useful. Otherwise, they are just dead weight and an unnecessary expenditure on the manufacturer's part that could have been allocated elsewhere (on puncture-proof tyres, for instance).

The worst example of this I see lately, is lighting. Some manufacturers will equip their transport bikes with an enormous and quite heavy, but ridiculously dim, halogen headlight. The actual light output on this sort of unit will be so low, that the headlight is really mostly decorative. And the bicycle's owner will still have to buy supplementary lighting ... but probably only after trusting the original lights their brand new bicycle came equipped with, and experiencing terrifying disappointment!

Again, at this stage some fledgling cyclists might simply decide that a bicycle's lighting isn't sufficient to get around safely at night and give up; it might genuinely not occur to them that they can get brighter lights aftermarket.

But that extreme possibility aside, functionality is simply not the place to cut corners on a bike that is intended to be used. If a bicycle comes equipped with a rack, this rack needs to be actually rated to carry weight. If it comes with fenders, they need to have adequate coverage.

None of this is to say that there isn't room to scrimp and save and cut corners when it comes to budget bicycle production. Only that every corner-cutting measure should be undertaken bearing in mind its impact on the "retention factor."

After all, making a bicycle affordable is all about increasing accessibility. It's a delicate task to maximise that, without cutting so many corners as to risk put new owners off from cycling entirely! Any manufacturer that can pull this off is to be applauded, and will certainly earn my recommendation.