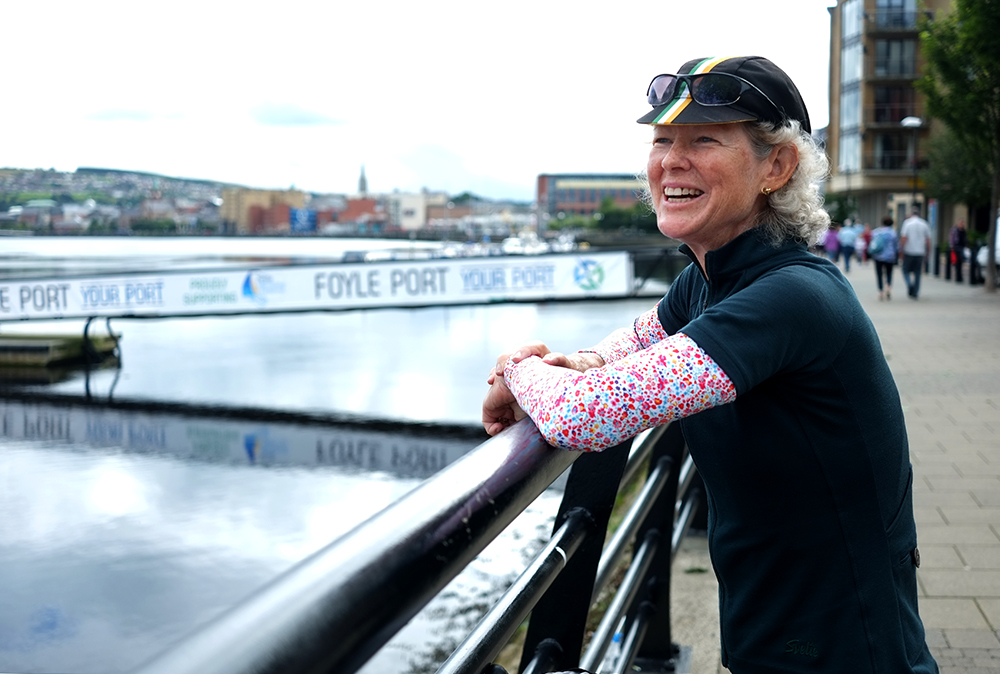 Last time I visited the Foyle Port in Derry, it was the day the Clipper Ships began to arrive. A sight to behold, these 70-foot vessels race around the world and finish their journey here every summer, strewn with colourful flags and greeted with much fanfare. It seemed only fitting that several weeks later I would greet another monumental arrival: the legendary cyclist Pamela Blalock. Since the start of July she'd been traveling around the coast of Ireland, clockwise, starting in Dublin and aiming for its northernmost point - Malin Head in County Donegal. Two thousand miles and 100,000 feet of climbing later, she had reached this goal ahead of schedule. I had intercepted her in Western Donegal some days prior, before the final stretch. And now I caught her again in Derry just after, as she paused for half a day to admire the walled city and debate between taking the train back to Dublin from Sligo versus continuing along the North Coast and just "doing the whole thing."

"Are you not even a little bit tired?!"

"Nah," she shrugs and giggles. "But I've been taking it pretty easy!" 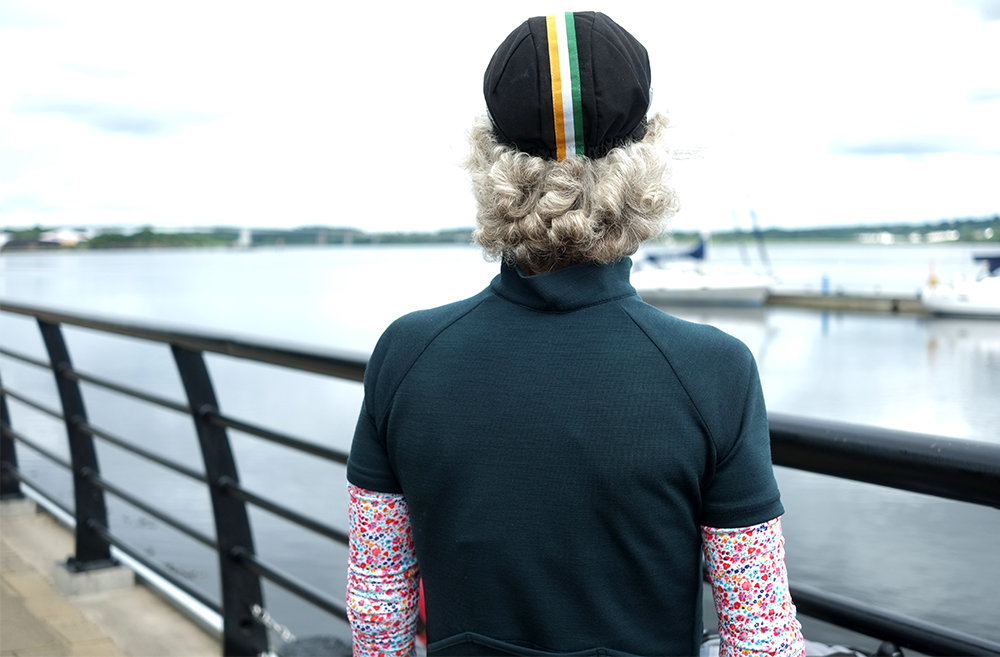 Few people aside from Pamela Blalock could describe a cycling tour around Ireland (and one designed to maximise elevation gain, at that) as "taking it easy," and genuinely mean it.

Then again, few people have had the sort of time of it that she has, as of late. And if you've not been following her writing, perhaps her out-of-character haircut provides a clue. It was just over a year ago now, that Pamela's iconic long, thick braids fell victim to the necessary, but no less awful, treatment she has undergone for breast cancer ...the diagnosis for which came just as she started to recover from a shattered back, having been hit by a car a year prior.

In comparison to what she must have gone through over that time, I suppose touring around Ireland while feeling strong and healthy (the cancer is gone; the back is mostly healed) really does feel like "taking it easy." Nonetheless, it's a difficult thing to grasp. 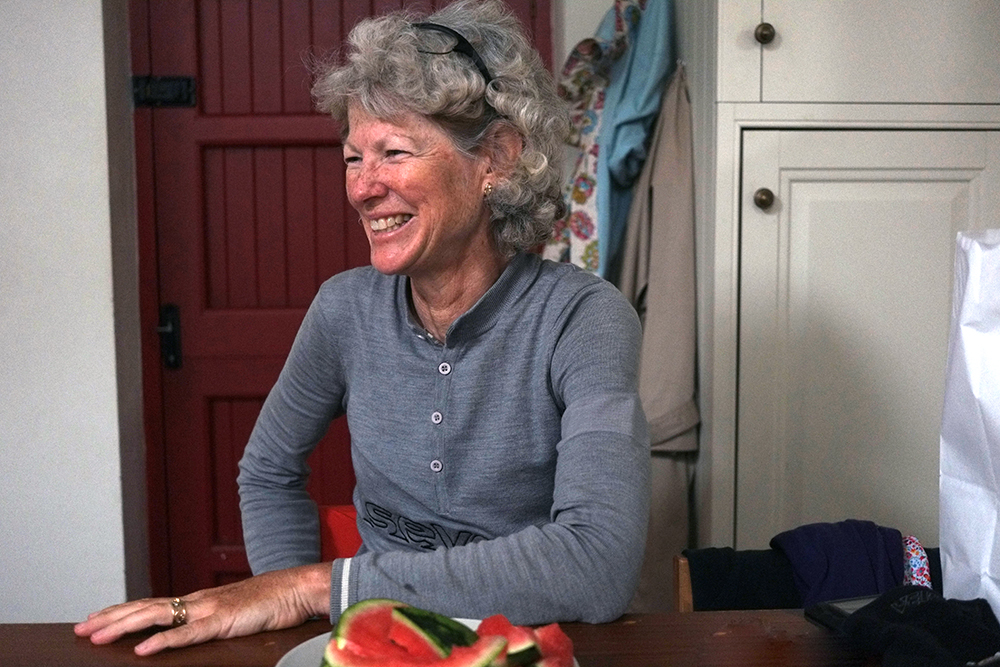 I am not going to write about Pamela's illness here. It is her experience and you'd be better off reading her own account of it. But I do want to tell you about the first time we met, back in Boston in late 2011.

As with most interesting women, her reputation preceded her. Earlier in the year, I'd been told (or, more accurately, warned!) by several people, independently, about the infamous creature called Pamela Blalock. The hill climb racer. The randonneur. The tireless rider who cranked out 100K a day at a minimum. The woman whose routes were so hilly, they made hardened cyclists weep. To be drawn into joining her on rides, it seemed, was to risk being eaten alive. "Phew," I thought to myself back then, "good thing I've never come across her!"

I remember distinctly the horror I felt, at the realisation one day that the nice, girlish woman pedaling beside me, with her two long braids and her charming Southern accent, was this very same Pamela! We had met at a local cafe and agreed to go for a ride before we even properly introduced ourselves. It was only mid-ride, mid-pedal stroke, that I put two and two together. And now here we were, heading toward what looked suspicious like a hill ...What ever would become of me?!

Of course, it so happens that Pamela is probably the best cyclist a beginner can hope to encounter. The patience she has, the skill to teach without making you feel like she's teaching, the ability to match her companion's cadence and speed - are unparalleled to anyone else I have ridden with prior or since. And while I do understand where her tremendous reputation comes from (the woman likes hills, that much is true), it is, for the most part, hilariously exaggerated.

Still, as she toured what is now my home turf, I tried to pay her back by routing her on some beautiful (read: nasty) climbs in Donegal. To my utter delight, I finally almost - almost! - succeeded in making her lose her temper, as she climbed up to the Grianan of Aileach ringfort. 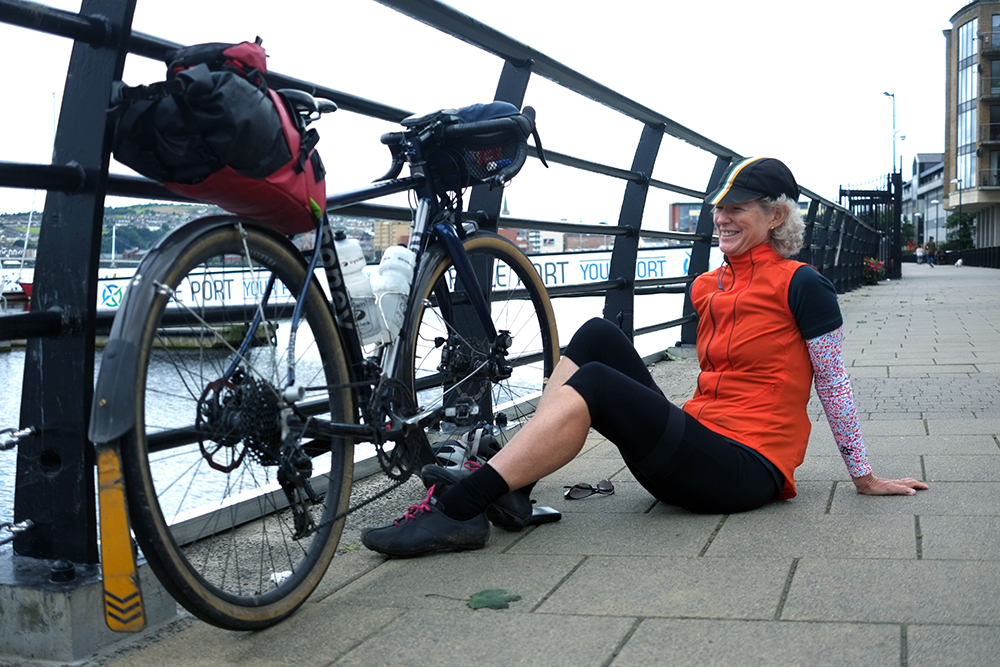 It would not be out of line to describe Pamela as single-minded. She identifies as a cyclist so thoroughly, it's impossible to imagine her as a separate entity from the bike. Indeed, whenever I picture her, in my mind's eye she is always on, or at least beside, a bicycle - almost merged with it really, like some magical hybrid creature from Greek mythology. Even when she sits in "civilian" clothes, drinking coffee, indoors, there is something of mermaid out of water about her, so inherently bike-like is her demeanor.

In a culture that values diversification of interests, the idea of single-mindedness has a negative connotation. It's as if the intensity it implies goes one step too far. But in some situations, such intensity can be life-saving. "Too intense" is just the right amount of intense to pull a person out of a black hole.

So, thank goodness for Pamela's single-mindedness. And for her Reputation, as well. Thinking back to that first time we met, I like to imagine any illness or other disaster that tries to besiege her having the exact same reaction: "Oh my god... it's that Pamela?!"{backs away slowly, then runs, runs!}.

That's right, buddy. Off you go. She will eat you alive, and spit you out, and continue on her merry way - straight up the steepest hills of Donegal, and beyond.