Of Rolling and Scrolling 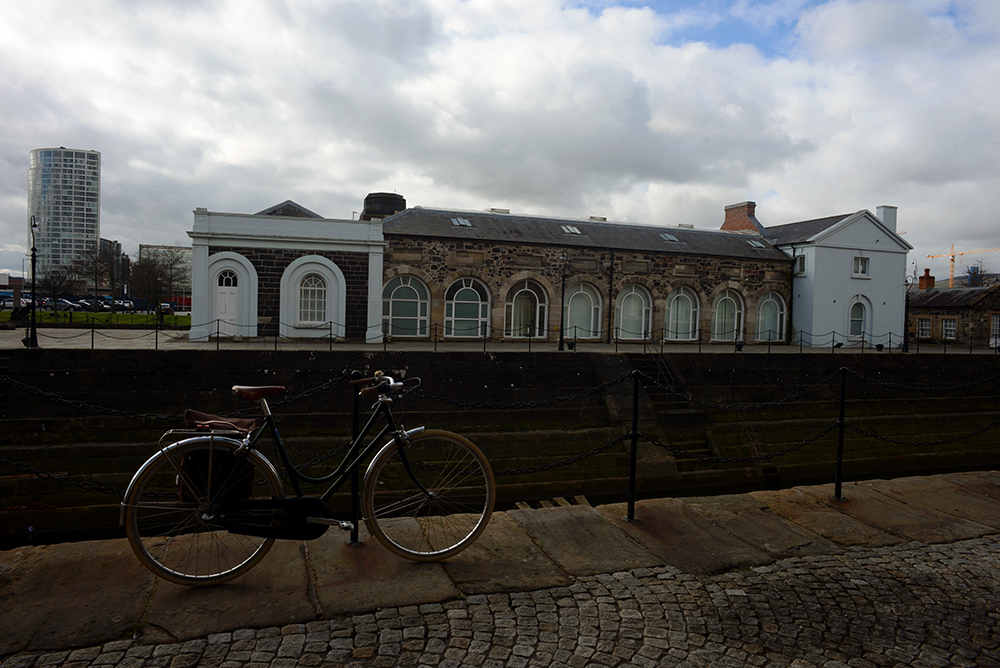 There's been a new surge of talk these days about smartphone zombie-ism. In part it's the Pokemon Go thing raising a new wave of concerns. But really that has just served as a catalyst to bring up the overall ubiquity of smartphone use as a form of escapism from the physical realities of the here and now. We've all seen those bored families out on forced "quality time" excursions, where each family member is so obviously elsewhere - virtually, at least, enjoying a rich private experience on their smart phone or tablet while sitting beside each other. Couples and friends inject interest into tired hangout routines by photographing and sharing their activities on social media. In airport terminals and medical offices, boredom is removed from long wait times. Whether it's a good thing or bad, the smartphone opens escape routes, placing entire other worlds at our fingertips, offering alternative stimuli to that which is physically in front of us.

I am not out and about in cities much these days. So it was a little jolting to walk along the Belfast waterfront this overcast Sunday morning. It seemed that nearly every passer-by held a phone in front of their face. Most did not appear to be playing the Pokemon game. They looked like they were walking while checking social media pages. Walking while reading emails. Walking while scrolling through endless image streams. Clearly this was done to cope with the slow and linear nature of walking from A to B. And on this particular day, I realised just how much I could relate to the urge.

I was between two appointments, one having taken place in the early morning. It was now 10am and I had hours to kill till the next one. This being Sunday, there'd be nothing open until 1 in the afternoon. Normally I'd rejoice and ride my bicycle along the extensive, idyllic network of paths that Belfast has to offer. (In fact, I cherish the opportunity to visit Belfast precisely because it's such a lovely place to explore by bike - highly underrated! A topic for another post.) But at the moment, for the first time in a long, long while, I am off the bike for medical reasons. And I mean completely off the bike; I can't even ride a very upright bicycle, very slowly. A week in, this predicament has me rather at a loss. And makes me realise how much - transportation needs aside - I use the bike as a sort of tool, or even crutch, to both cope with and shape my experience of physical reality.

The acts of pedaling and steering a bicycle create an enhanced, layered experience of moving through space. Moreover, the abilities to exercise selective attention and regulate speed, offer a degree of control (or, perceived control) that is addictive. On the bike, should I find my visual surroundings monotonous, or disliked the area I am in, I can simply speed up - "scrolling past" the bit I don't like, as it were.

Removing these layers and tactics from my movement through long stretches of landscape, in a way,  makes me feel as if I am a substance addict forced to face the world sober for the first time. My senses are used to a higher degree of stimulation, my field of vision to more rapid changes in scenery. The more I think about it, the more I keep coming back to this idea of scrolling. The comparison is flawed, of course, not least for the fact that cycling fosters physical activity whereas getting lost in our phones reduces it. Yet still in some ways, I am not so different from a kid who's had their smartphone taken away.

I remember from previous times off the bike, this withdrawal period. The finding of walking "boring" until the senses re-callibrate to the slower pace, to the slower-to-change scenery. Then there is also the social aspect of things that requires not so much a re-adjustment as a re-learning.

Take, for instance, the Two Lone Pedestrians dilemma. You are walking down a long empty street. And from the opposite direction, another person is walking as well, facing toward you. At a distance, you have already made eye contact, even half-nodded, half-smiled at one another, in acknowledgement. But it's still quite a while from that moment until your paths cross. So you are essentially staring at each other as you walk, not knowing where else to direct your gazes without it seeming as if you're intentionally avoiding staring, each increasingly self-conscious of being studied by the other. Those moments before you finally pass one another seem to stretch and grow increasingly uncomfortable ...But to quicken your gait would be to admit all this overtly, making the situation worse. Surely I am not the only one who experiences this?

Interestingly though, I only feel an awkwardness in these, and other pedestrian social situations, when I am undergoing cycling withdrawal. It is as if, having grown used to riding a bike for transport, I need to be re-introduced into pedestrian society slowly. My mannerisms are off; as is my intuitive situation-reading.

And in that sense, I suppose that being forced to live without cycling for a spell is not a bad thing. It's good to face reality now and again without any manner of filters, crutches, or enhancing substances - be they virtual or physical. Now where are those headphones again? I am off to walk down the road.