Etiquette on "Helping" Others with Their Bikes? 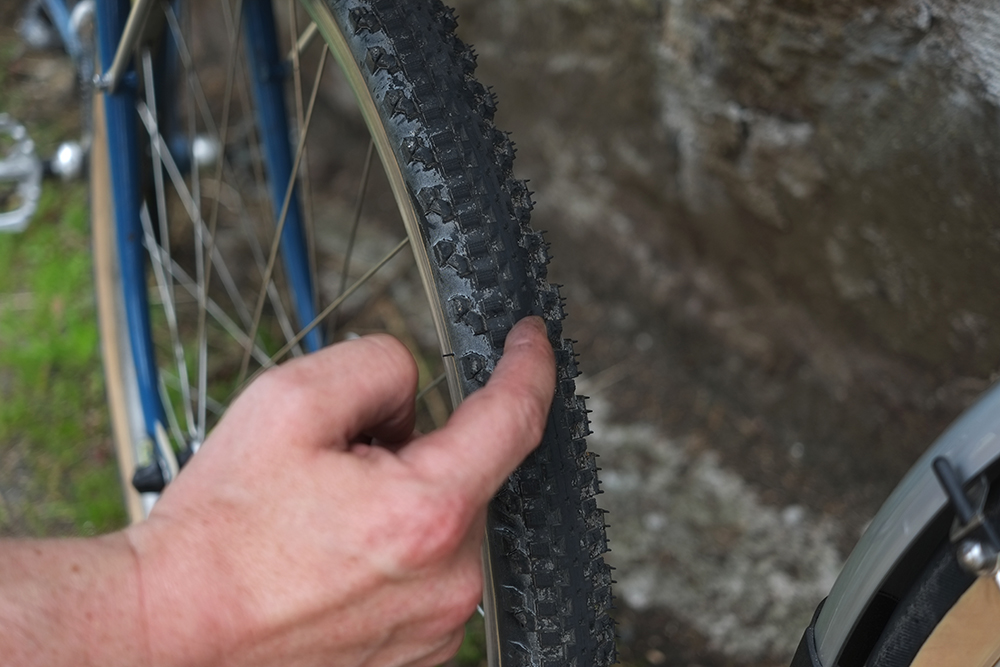 I had an interesting encounter over the weekend with a woman I met out on the road. She told me that her bicycle felt uncomfortable. Why? Well, prior to setting off, her neighbour - an Expert Cyclist (what is that, exactly?...) - had topped up the air in her tyres. She said her tyres had felt fine just as they were. He insisted they needed topping up and did it anyway. They now felt hard as rocks and the bike was bouncing her about, but she was afraid to let air out on the go, lest she deflate them too much without a pressure gauge. I pinched the tyres and said that a few quick taps on the valves should get the pressure down to comfortable range, without any danger of losing too much air. I then stepped aside while she did this herself. She already had one "expert" molest her bicycle, I figured, and did not need another stranger stepping in.

The anecdote might seem like a harmless example. But the phenomenon of "helping" others with their bicycles uninvited has come up in conversations here before. And tyre pressure is a particularly familiar context in which this seems to happen. For me, the situation typically unfolds like this:

Fellow cyclist, at the start of a ride: [squeezing my tyre and immediately reaching for pump] Hang on, I'll just top up your air before we set off.

Me: Oh, they don't need topping up please, I'm fine.

Cyclist: What! Why? You'll go much faster at 100psi [proceeds to attach pump nozzle to valve]

Me: [grabbing bike away] Thank you, but I disagree. Please don't touch my bike...

Later I might hear that I had been rude to this cyclist. That is fine. I'll take rude, over getting my tyres over-inflated against my will.

And should anyone think that I really do run my tyre pressure too low in that example, now take this story and reword it in the opposite direction. That is to say, there have also been occasions when I've been scolded for running my tyre pressure (same tyres, same pressure) too high. And in those scenarios attempts have been made to let air out of my tyres, without my consent.

The point being, we all might think we know how to set up a bicycle optimally - be it in terms of tyre pressure, saddle height, handlebar angle, or what have you. And certainly it can be frustrating to watch someone with a setup we (think we) know to be detrimental to their comfort or performance. But the way I see it: to interfere with somebody else's bike without their permission - or, worse, despite their protests - is a violation, no matter how well-intentioned.

It's a violation not only in that it's messing with private property, but also in that it's infringing upon another person's sense of agency.

If I see something that looks off about somebody else's bicycle, unless the owner explicitly asks me to alter the thing in question, I wouldn't take it upon myself to adjust their machine. In fact, unless I believe the issue to be a safety hazard (i.e. quick release open, cracked stem, mudguard about to fall off) - I wouldn't even feel compelled to comment on it. I have learned by now to accept a wide variety of setups as "just right" for their owner, no matter how odd or uncomfortable they might look to me.

That said, I do have a bad habit of touching - literally, just touching - people's bikes without always asking for permission. And while I think of this as a harmless form of admiration, it may very well be that some owners find my tactile explorations irksome. So far I've been yelled at only once, but who knows!

Then again, looking at it from a different perspective entirely, a friend has this to say on "helping" people with their bicycles:


Once you touch someone's bike... I don't know, it's like helping them with their computer or website. You run the risk of being held responsible for anything that might go wrong with that bike (or computer, or website) for the rest of its existence, whether it is related to the original problem you helped with, or not! So you better be prepared to take that on...

As someone who has been in this unfortunate role with computers and websites, I am definitely not prepared to take that on when it comes to bikes. So excuse me, while I slowly back away from your machine!