Electrolytes and Migraine? An Accidental Discovery 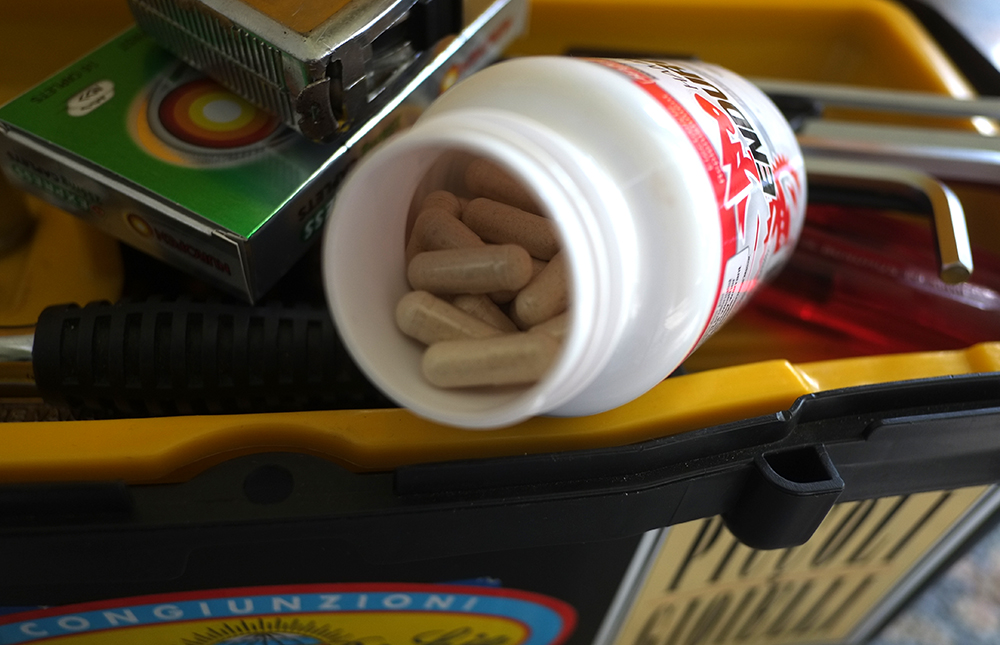 I sometimes jokingly say that cycling has cured me of a lot of ailments. But of course that's a nice bit of magical thinking. The logical part of me has always known there was probably a complex chain of cause and effect at play, as well as some spurious correlations going on. But honestly I didn't care what was causing it exactly. It was just really, really nice to be healthy and free from chronic pains for a change. And all I knew was, this unusual state of affairs coincided with cycling entering my life. One thing that cycling has "cured" me of in this manner, has been migraines.

Like many, I began having migraines when I hit puberty. By the time I reached 20, they were debilitating - puking, seeing shapes, ringing in the ears, the whole lot. The pain was largely non-responsive to over-the-counter medication. When attempts at prescription meds ended with adverse reactions, the doctors basically shrugged. "Yup, migraines suck. Unfortunately, some of us just have to live with them. Lie in a dark and quiet room till they go away." So that was what I did for the next decade. And really, I got used to it. So much so, that it took me some time to notice when suddenly, in my early 30s, I was having fewer and fewer of them. The only thing that changed about my lifestyle was that I had started doing some road cycling. Most likely, I thought, the hormonal changes brought about by this high intensity physical activity had something to do with it.

While they are nowhere near as frequent as they used to be, I still get migraines now and again. And one evening, two weeks ago - after three days of being off the bike - I got what felt like the beginning of one. I drank a bottle of water and went to bed in hopes of "sleeping it off." But when I woke - at 5:00am, from the pain! - it was worse than ever, with no signs of subsiding. With one eye half-open and feeling quite Quasimodo-ish, I stumbled into the kitchen and rummaged through our medical kit. Amazingly, we hadn't even ordinary painkillers or headache tablets in the house; it had been a while since anyone's needed them.

In desperation, my hands felt around the countertop for anything that had even the slightest chance of bringing relief. When I came across the jar of electrolyte capsules I normally use on the bike, I thought "might as well" and took 2 with a small glass of water. Within 20 minutes I was feeling great.

Over the past two weeks, this scenario repeated itself a few times. Headache, with all the symptoms of migraine. Two electrolyte tablets with a glass of water. Gone.

It seemed too ridiculously good to be true. But I've since done a bit of research, and there is literature about some strains of migraine being a result of a mineral deficiency, in which case electrolytes can indeed be used as a simple and effective treatment. In hindsight it seems almost too obvious. Nevertheless, in over two decades of popping pills and suffering, no medical professional had ever mentioned it to me as a possibility.

Like most cyclists, I consume electrolyte drinks as part of keeping myself hydrated. In the past these have been in the form of flavoured powders or tablets that dissolve in water. Loathing the taste of those drinks, I eventually switched to plain electrolyte capsules (they are completely unflavoured; just a pinch of salts and minerals in a gelatin shell). But in one form or another, I've been taking electrolyte supplements the entire time I have been road cycling, and apparently for my specific breed of migraine that seems to be an effective remedy. Cycling did not cure my migraines, but it did lead me to this accidental discovery.

Needless to say, this post is not intended as medical advice - I am just sharing a personal experience specific to my condition and circumstance. From previous discussions I know that quite a few readers here suffer from headaches and migraines, and so I thought it worthwhile to share this.

In other news, after what felt like an eternity, I am back on the bike. Wishing for happy and pain-free cycling to all!