Cycling Through the Past? Fun with Retrograde Confabulation 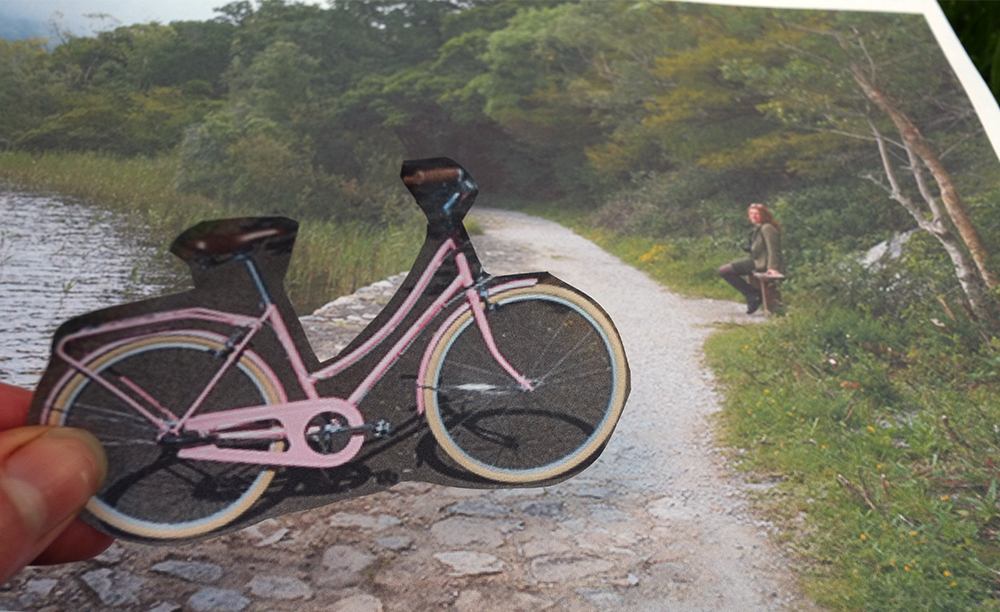 There is an interesting phenomenon in the study of long term memory for events (i.e. "episodic memory"), whereby our present state of mind influences memories of the past. Take, for example, feelings and moods. When we're in a sad mood, we tend to remember sad memories; when in a happy mood happy memories. Moreover, should a non-mood congruent memory come to mind - For instance, someone might remind us of a happy memory when we are sad, in an attempt to cheer us up - we are likely to retroactively put a twist to the events, that will bring them in line with our current mood ("No-no, I was secretly miserable at that party!")

This phenomenon (called "mood congruence") extends to feelings toward other people. If we presently dislike a person we were once very much fond of, we might remember their actions in a sinister light, even though at the time we thought those same actions were wonderful.

Of course, human feelings and attitudes are so subjective, one might argue we are not so much changing or distorting the past when we do this, as re-interpreting it. In that regard, language presents an opportunity to study the phenomenon more objectively.

A bilingual person is much more likely to recall events that took place in the language they are speaking (or thinking in) at the time of the recollection. Moreover, when recalling events that took place in the other language, they might occasionally "auto-translate" the memory to the language they are presently using. This happens most often with people who grew up speaking one language, then switched to another later in life - usually due to a move abroad. So, for instance a former Romanian speaker for whom English is now the more dominant language, might find themselves remembering events that took place back in Romania, "auto-translated" into English.  In cases like these, it is clearer that we are in fact adjusting, or distorting, memories from the past to fall in line with what is presently more familiar.

Physical appearance can be another example, at least for those whose memories contain an inbuilt awareness of their physical self.  Let's say you used to be a chubby teenager with long brown hair, and you are now a skinny, spiky-haired blond adult. When "picturing" or "feeling" yourself in past memories, it is possible that your current physical sense of self might replace, or at least compete with, the period-correct one.

In memory research, these types of distortions are examples of "confabulation" - which sounds kind of disordered, except that, at least to some extent, it is part of the normal human memory process. Contrary to what some assume, a memory, once made, is not a "fixed" thing, like a mental recording of an event. Memories of the past are more like works in progress. They are porous, malleable. And in subtle ways they are continually tweaked, as we repeatedly retrieve, rehearse, and share them throughout our lives.

To varying degrees, any aspect at all of our present way of being is liable to seep into old memories, ultimately reshaping them. More often than not, we do not even notice when this happens. But sometimes when the anachronism is obvious, we can catch ourselves in the act. As a multi-lingual, I often catch myself remembering events in the "wrong language." And on more than a few occasions, I've also caught myself inserting bicycles into past events where they have no business of being.

I was remembering an incident today, from years and years back, where I sat on a park bench with a friend and we had an argument. My friend walked away, leaving me there by myself. I had a camera around my neck.  It began to rain.

What I remember next is, getting on my bike, putting the camera in the pannier, and starting to pedal home - the pedals feeling heavy under the cumbersome weight of a possible end to a friendship. This progression of the events came to mind so naturally, that only a good way into it I realised there was no way I could have cycled home: I was not able to ride a bike at the time; I did not own a bike.

Even knowing this, I struggled to un-dig the authentic version of this memory from the real-seeming physical sensation of cycling which replaced it.

It was not a big deal, really. Cycling versus walking did not change the crux of that particular memory. But it was such an obvious distortion, and I had implemented it so casually.

It made me aware that cycling, for me, has attained the status of a dominant language, or dominant state of mind. Not only does it colour my present thoughts and future plans, it also encroaches on memories past. Which I suppose should come as no surprise. Just another cog the "pathology of everyday life."