Of Vintage Mixtes, Friends, and Playing the Bike Cupid 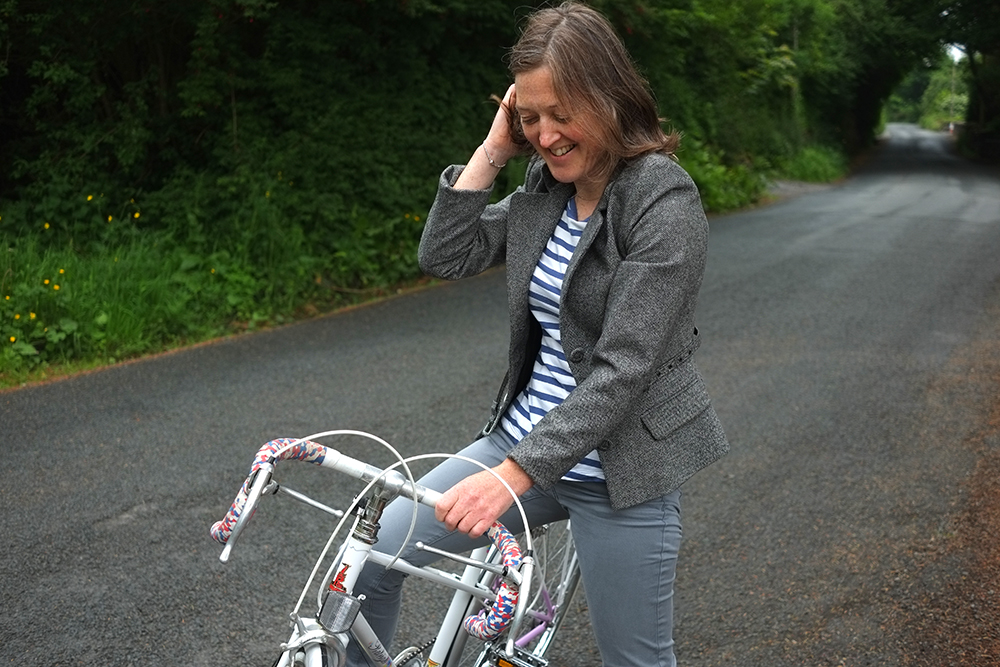 I don’t know whether it is quite as popular in the US these days, but here television is teeming with reruns of house-buying shows. You know, like potential buyers look for a new home and the host helps them decide? There is one, it seems, for every imaginable scenario. First time buyers seeking practical, yet cozy “starter homes.” Families looking to move and choosing between town and country. Retired couples relocating abroad. You name it.

The format is pretty much standard: The hosts of the show will interview prospective buyers with a psychotherapy-esque degree of depth, then find them a selection of (what they believe to be) suitable properties. The pros and cons of each are then rehashed endlessly, until finally the prospective buyer chooses one - or none at all. 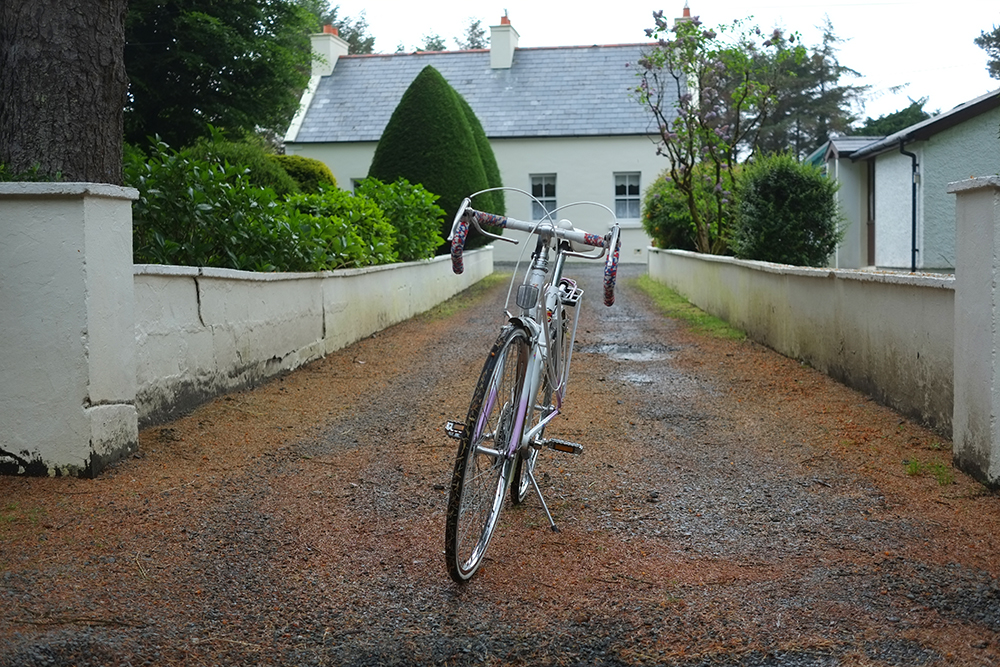 Of course in a financial climate where nobody is buying real estate, the content of these shows is pure escapist fantasy. But they are oddly satisfying to follow nonetheless. And every time one plays in the background, I find myself re-imagining the premise around bikes.


Mary is a 42 year old accountant from Portnablagh, and she is looking for her Fist Bicycle!

"Tell me, Mary, what sort of things are important to you in a bike?”

[footage of Mary, smiling shyly in a leopard print blouse, as the wind wreaks havoc on her loose blond curls...]

“Well Kirsty!” [voice muffled by the wind] "I am wanting to cycle 3 miles to work, perhaps to the pub after, without being blown off these here cliffs and falling to my death. Oh and I quite like periwinkle!"

“Uh-oh! [as a candid aside to viewers] I can already tell we’ve got a picky one here! Now let’s see if we can find Mary a bike in her favourite colour…"

Personally I think it would be a great hit, and why the producers of Location, Location, Location have not yet returned my calls I have no idea. But in the meanwhile, I do what I can. That is to say, I meddle in my friends’ affairs by playing the bike cupid. 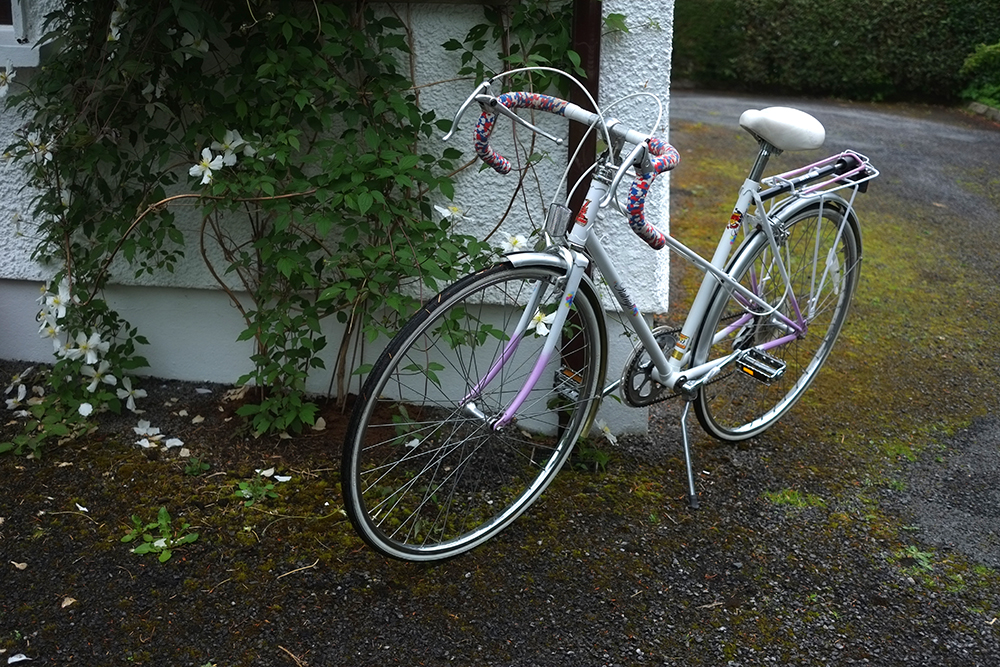 The first time I saw this Raleigh Candice I immediately thought of AJ. It was a fast, lightweight mixte with drop bars. She had been looking for just such an alternative to her more stately upright bike, and this one was in her size.

Another interesting thing about this bicycle - and one of the reasons it had been shown to me in the first place - is that, despite being of 1980s vintage, it was entirely New Old Stock. 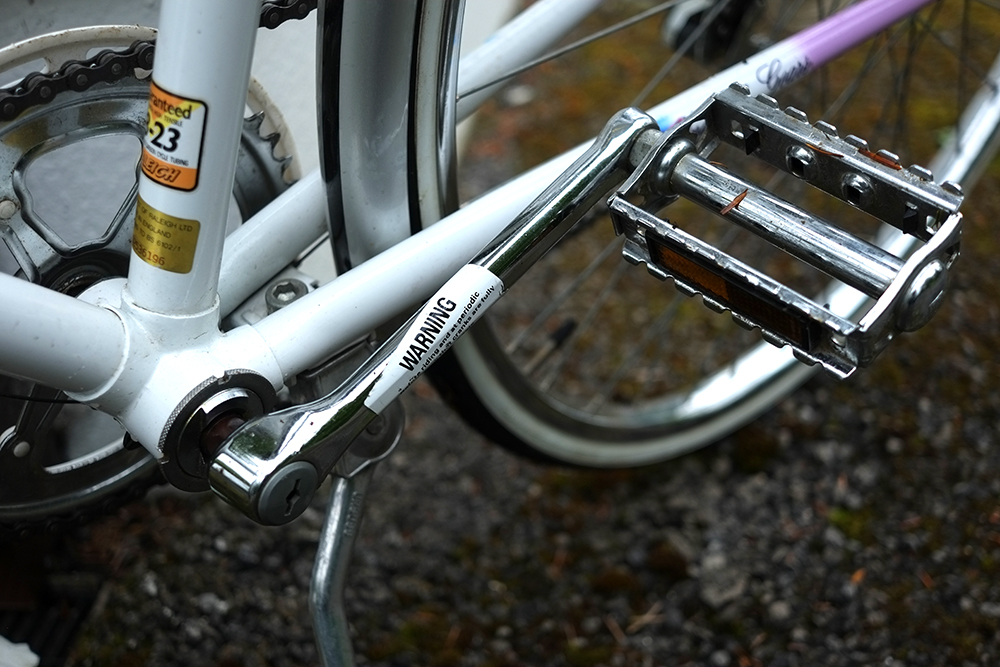 It had suffered a few cosmetic nicks from being dragged around from one storage place to another. But it was clearly unridden, in all ways preserved just as it came from the factory - right down to the warning sticker wrapped around the left crank! 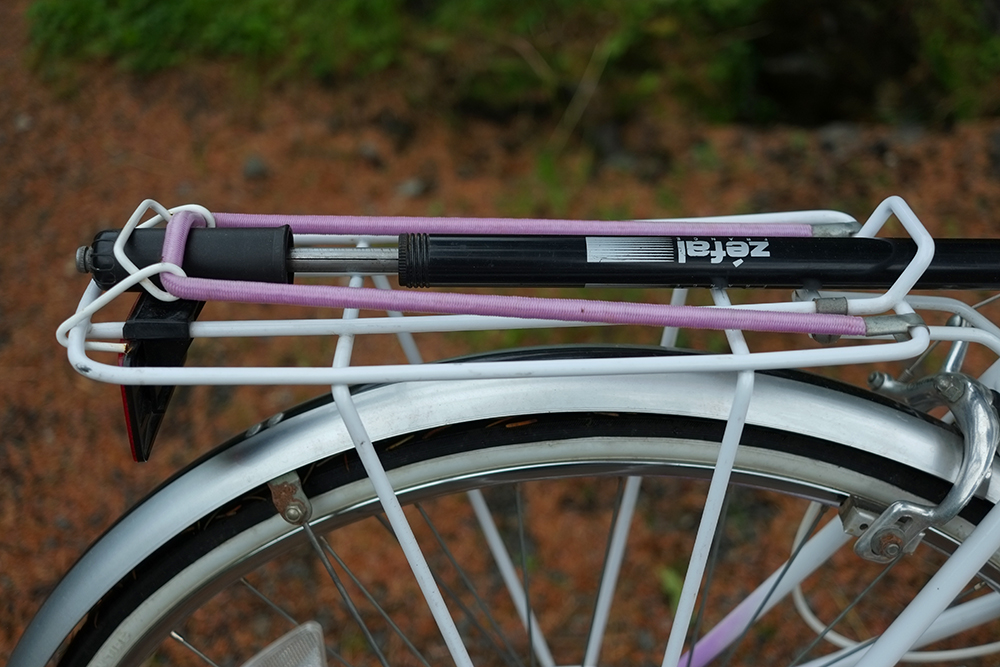 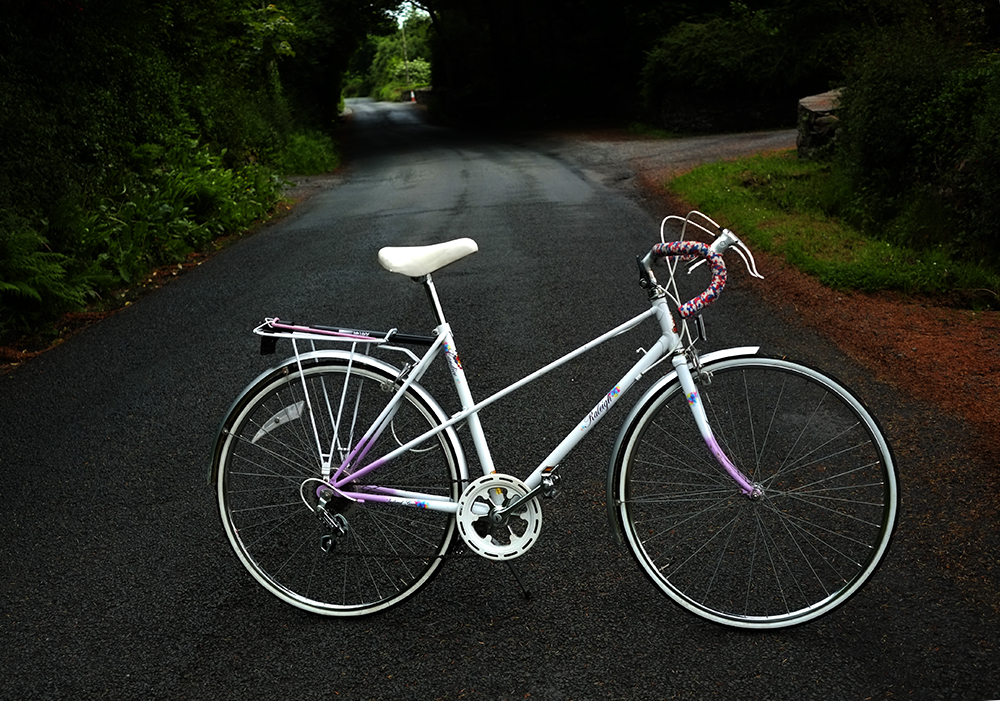 The Candice - while not high in pedigree within the Raleigh hierarchy - was a decent enough model, combining mixte construction, racy fit and a 6-speed (x2) drivetrain with indexed shifting. Despite being fitted with mudguards, rear carrier, chain guard, pump, two sets of brake levers, and monster-reflectors, it is surprisingly lightweight. And, most importantly, it feels fast and responsive to ride.

With vintage bikes having grown in popularity in recent years, the elusive NOS condition is not a common thing to come by these days. And so, all things considered, I felt that AJ just had to try this bicycle. 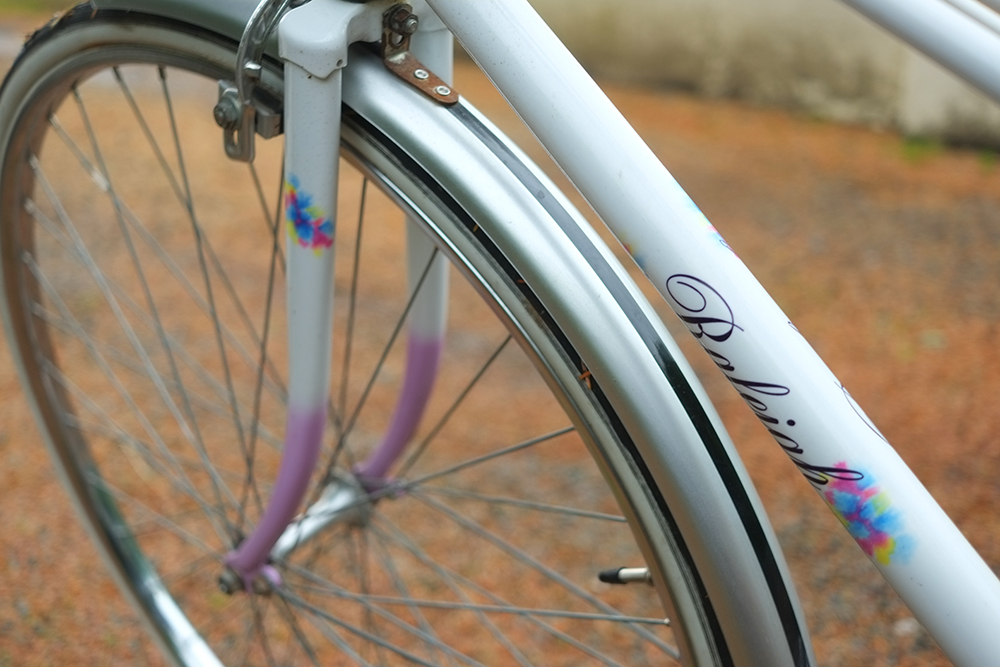 ...I only hoped she could see past the girly '80s fade paint job - which I knew in advance she'd dislike - and evaluate the bike on its overall merits. Cue dramatic music. 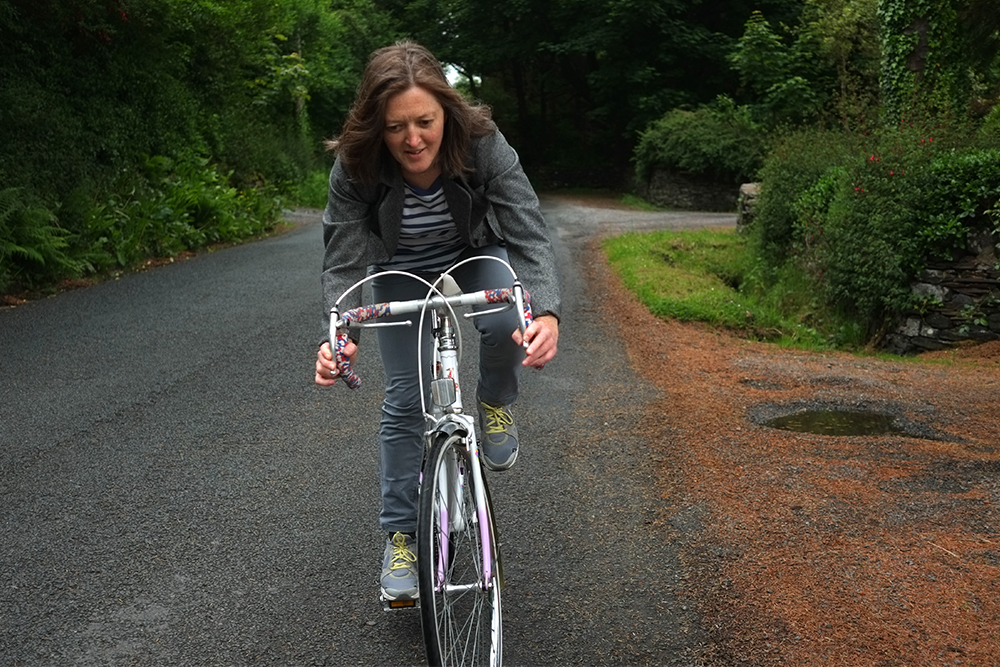 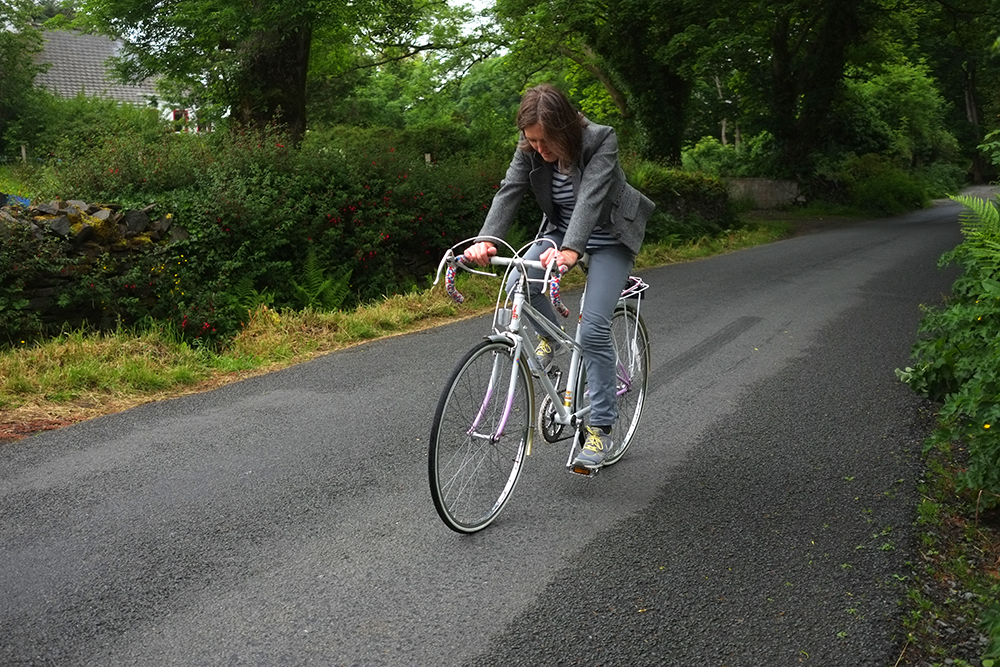 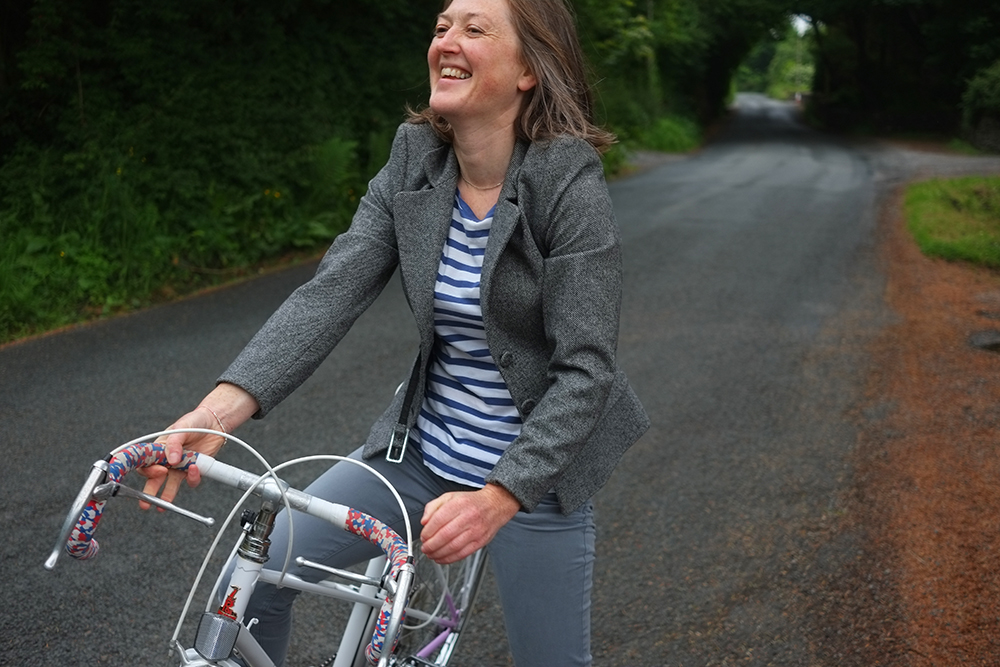 Well, as soon as she got on the bike, it was just wow! So exciting to watch her. I mean, sometimes a person just looks righton a bicycle, you know? Like it's so obviously theirs before it is officially theirs. 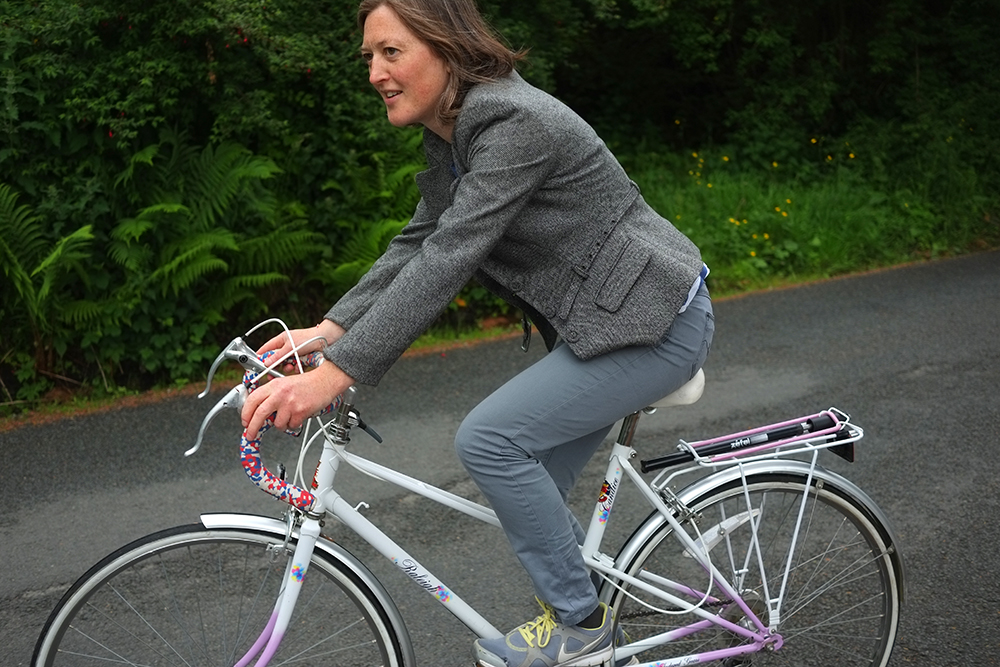 The fit looked spot on. And the handling seemed to come so naturally to AJ. It was as if she were born astride this particular machine.

In fairness, I even think the overall aesthetic suits her quite nicely. And while it's true the girly/ colour-fade bits are not her style, I think this can be remedied without having to repaint the entire frame. 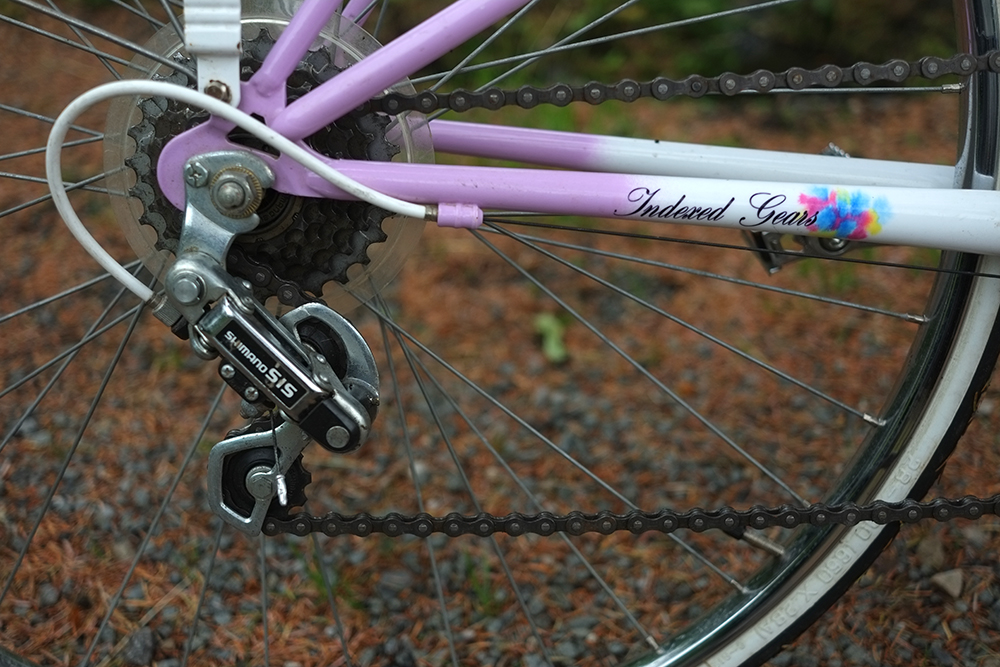 Specifically, what I would suggest here is to simply use tape to mask off the transitional areas: either white tape - to make the transition look sharper and get rid of the fade effect - or a different colour (or several colours?) entirely, to create the impression of contrasting bands. The latter would have the added effect of giving the bicycle a more sporty, less fluffy look. 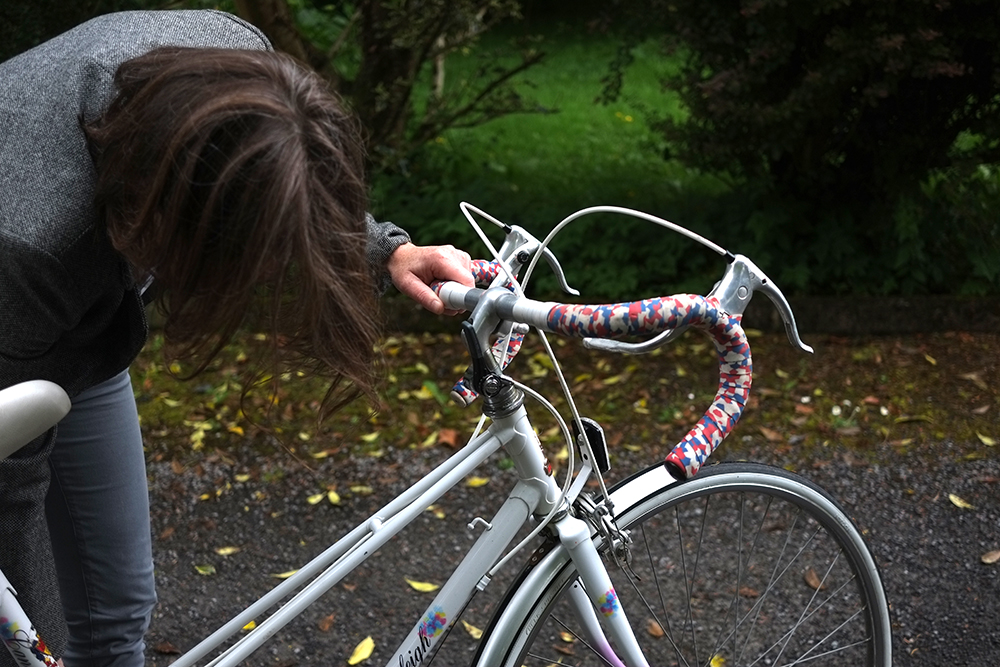 As she test rode the bike again and again, AJ considered all this, weighing the excellent ride quality and fit of the Candice against its less than ideal aesthetics. In the end, she decided to get it (Yesss! Erm, I mean, Oh, ok, if that's what you want - sounds good). 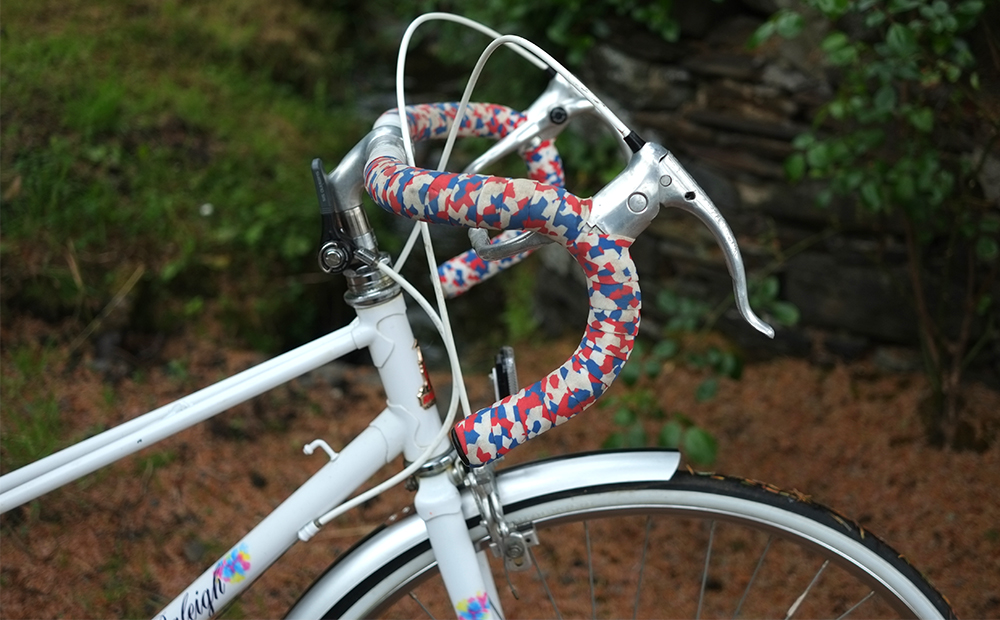 In the first instance, she plans to change the handlebar tape. After that she will definitely do something to those colour-faded tips, but she doesn't know what yet. In the meanwhile, it is an interesting challenge to contemplate. And an exciting bike to ride - judging by the fact she's been happily riding it! 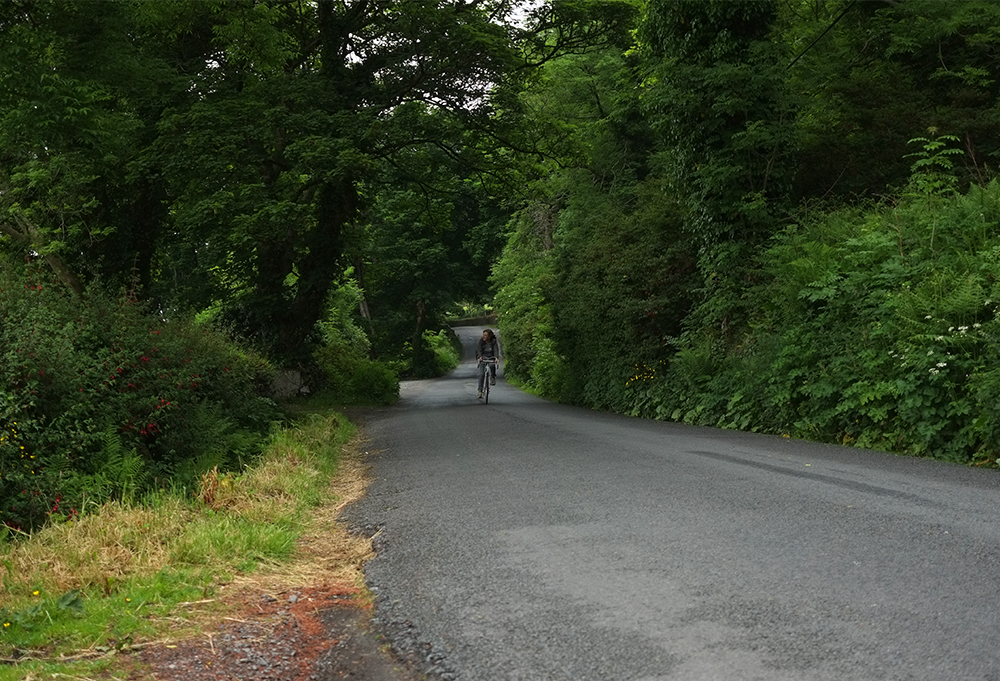 Well, it seems that my work here is done ...Although, frankly, is the work of a bike cupid ever done? As I am sure many of you have experienced, there are times you intuit that a friend wants a bicycle. Symptoms include: mentioning bikes, looking at pictures of bikes, browsing local for-sale ads for bikes. In a situation where the person already has a bicycle (or three) you might notice them saying, wistfully, that they love their bike(s) but also wish they could cycle faster/off road/ on something older/ on something newer/ on something with a different style frame, and so on. In short, there are times you just know: they are on the hunt! And if you can help that process along, well why not?

Are you too a bike cupid? Ever eager to "help" if a friend so much as breathes they are in need of a new bike? Unable to look at a bike without thinking that it would be perfect for So-and-So? I shall leave you to ponder this question, as I wish you a Happy Weekend!