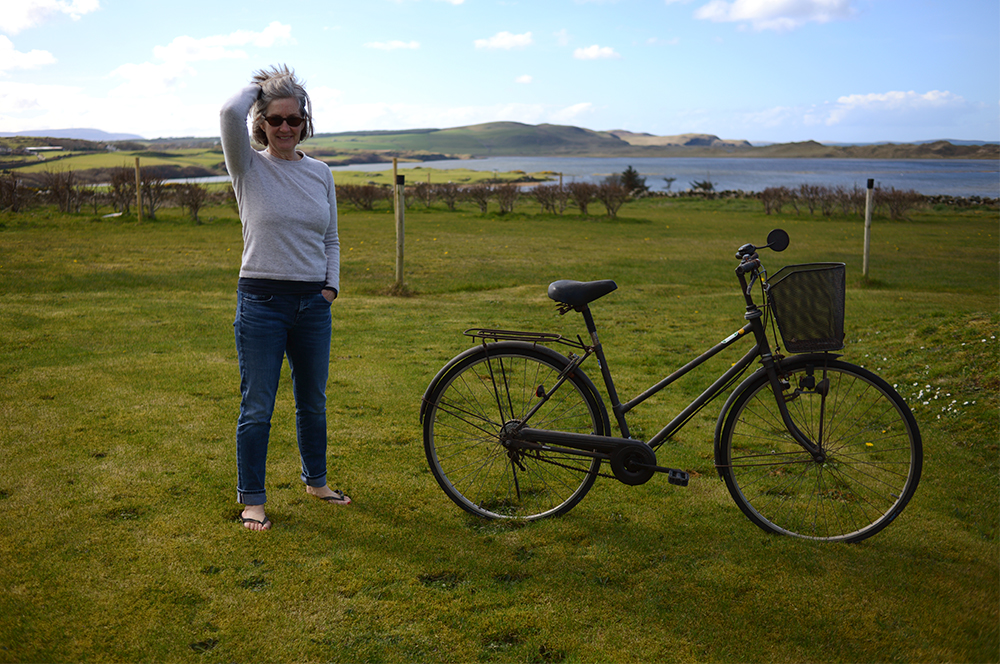 If you want to know a sure way to meet owners of unusual or interesting bicycles, it's really quite simple: Be seen with an unusual or interesting bicycle. Wandering through the small seaside town of Dunfanaghy on a pastel green folder, I encountered a woman named Janet. "I have a bike you might like to see," she said. "It's Japanese. Very typical Japanese. And old!"

Oh how easy it was to lure me up the narrow mountain lane that led to Janet's abode. And once there, I was nearly too stunned by the gorgeous house and view, to remember I came there to see about a bicycle. But soon enough it was wheeled out and I remembered! 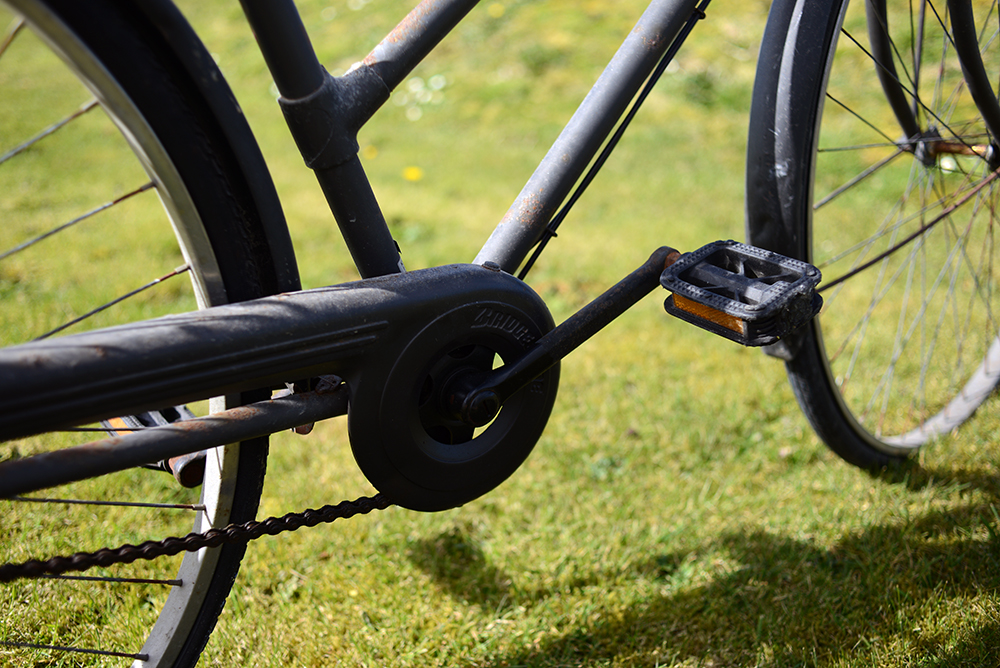 I had not been sure what to expect from the "very typical Japanese" description. Possibly something like this? But the first thing I saw was a sort of rust sculpture on wheels.

"Was the original colour gray?" I asked.

It took some time for my eye to adjust and make out the form of a step-though frame, then notice the details - one of which jumped out at me soon enough: I was looking at a Bridgestone. 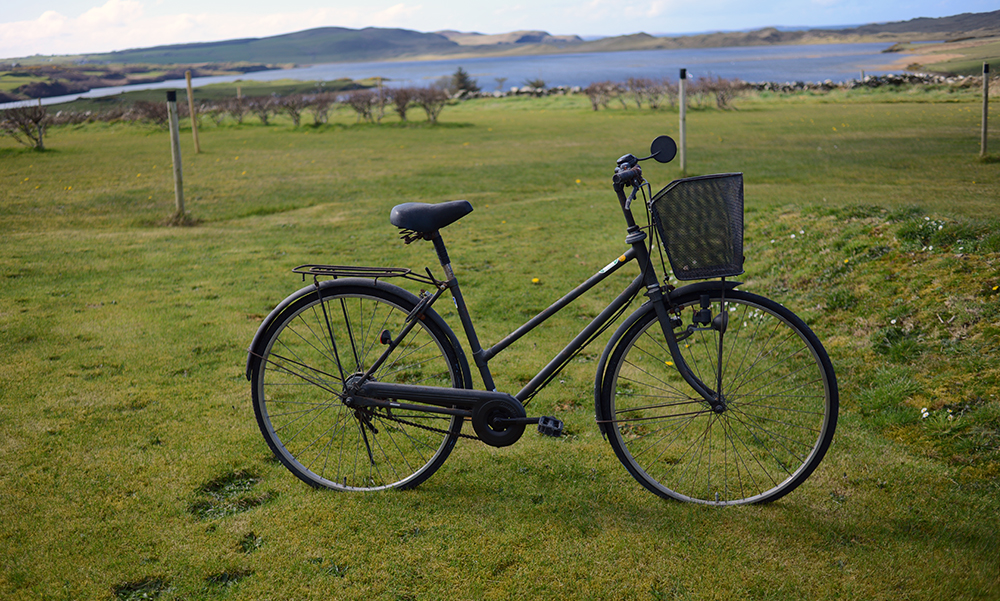 But not the Bridgestone that is so loved and fetishised in the US for its Grant Petersen-designed road and mountain bike models produced though the 1980s. This was a Japanese Bridgestone. A city bike, it had no visible markings indicating model or year and felt even heavier to lift than it looked. Straight from Osaka to Dunfanaghy it came when Janet returned from Japan some years ago. 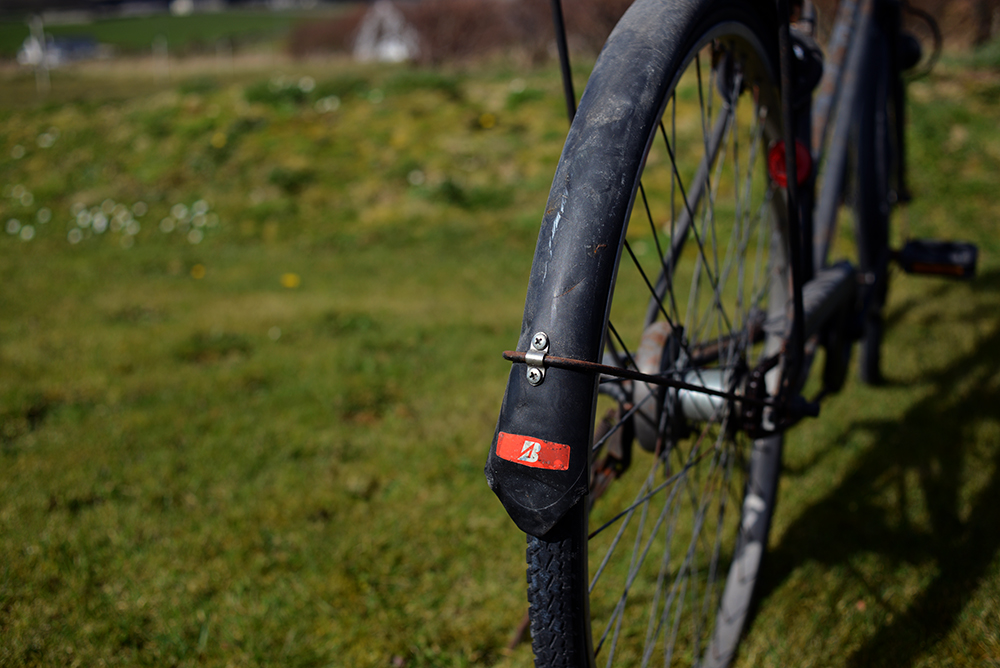 Bridgestone Cycles Japan is a company that made - and continues to make - so many bicycles, that it's almost as if no one bothered to document them all. Identifying a specific model can be difficult.  But bicycles like this are very common in Japan. The prototypical utilitarian commuters, they are normal and unremarkable - and that is the whole point, as cycling itself is unremarkable. 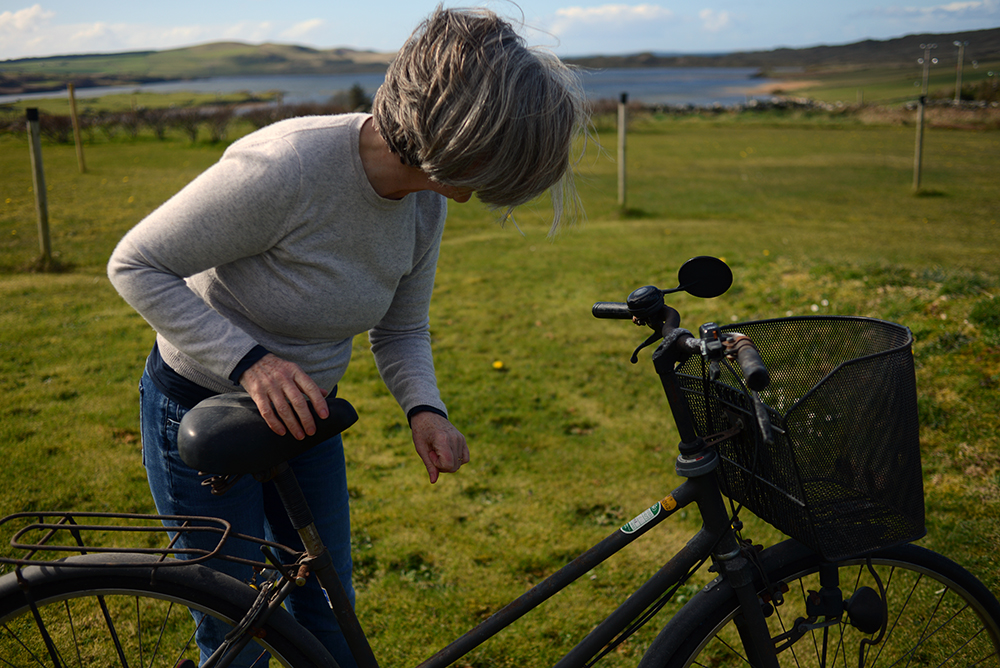 For some years, Janet had lived in Osaka for work. Everyone cycled there, she explained. It was easy and the best way to get around - less stressful than driving, or navigating public transport in a foreign language. 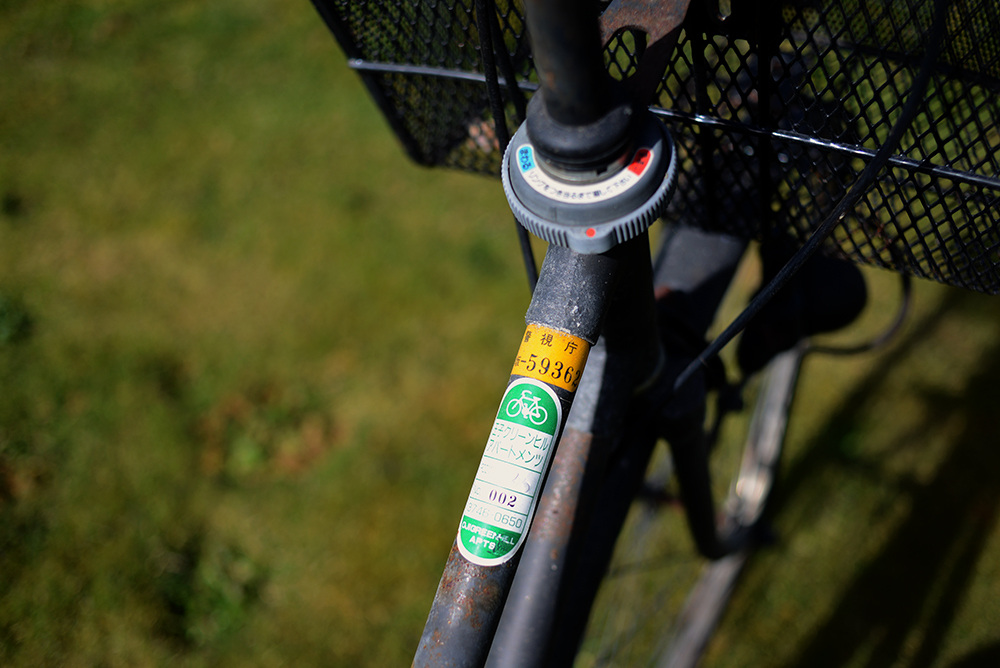 "It was even registered to me," she recalls nostalgically, pointing out the decals which I cannot read.

Using the bike as her daily transportation, Janet had grown so used to it that upon returning to Ireland she brought it back with her. Unfortunately though, cycling is not quite as big in the UK and Ireland, where she has since lived, as it is in Japan. She does not feel comfortable riding the Bridgestone here and only keeps it in her shed for sentimental reasons. 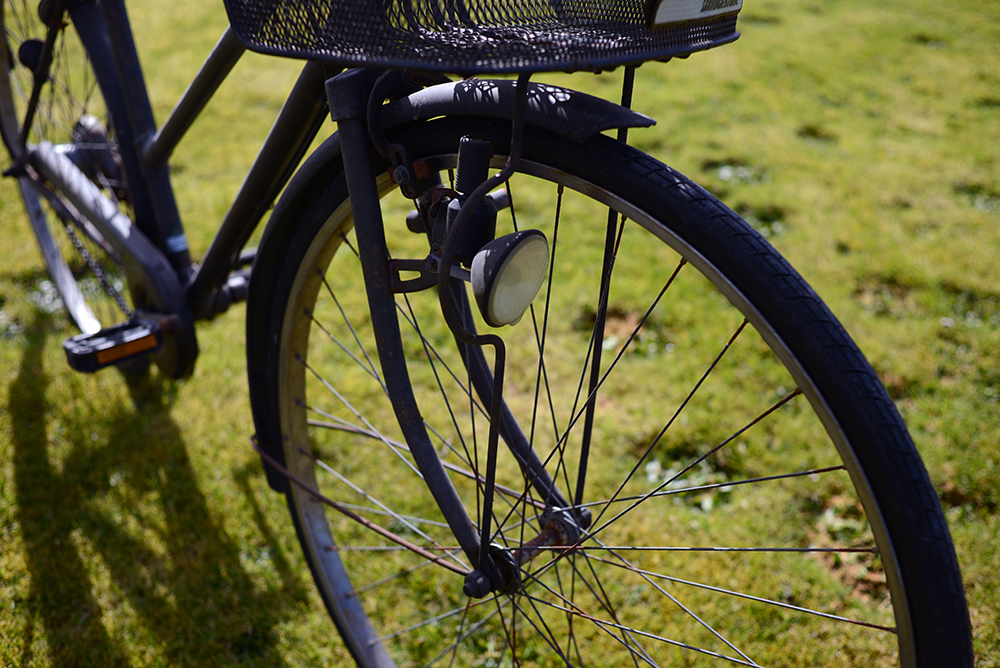 Despite being a very ordinary bicycle of its type, Janet's Bridgestone brimmed with interesting details - from its long fork rake, to its unusual rear hub (too rusted for me to discern any markings), and dial-like steering lock. 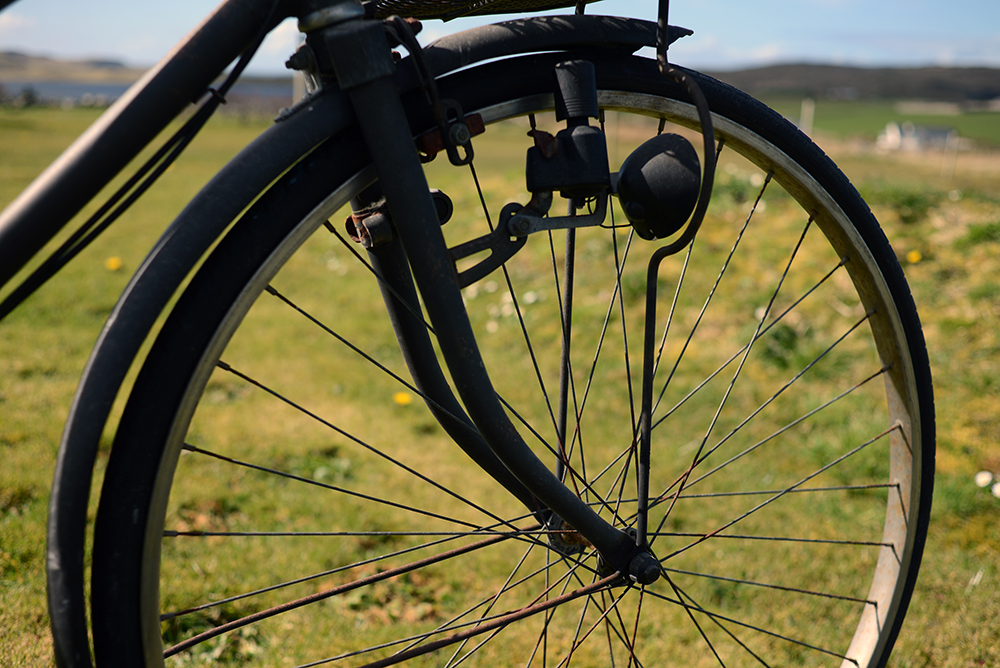 But my favourite detail on this bike is the curved basket stay, routed around the headlight. It's funny, because I have seen this design element show up in a few custom handmade bicycles over the past years, and there are always comments about how exquisite, creative and original it is. Apparently not so much! 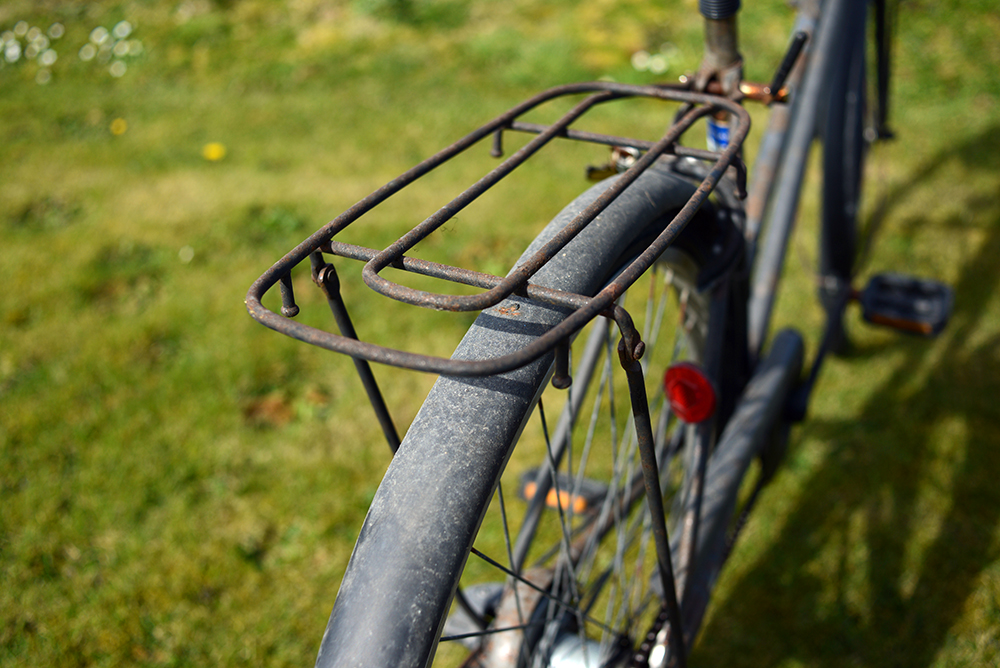 Also quite interesting is the wide, skinny-tubed rear rack, disassembleable to fold down flat. 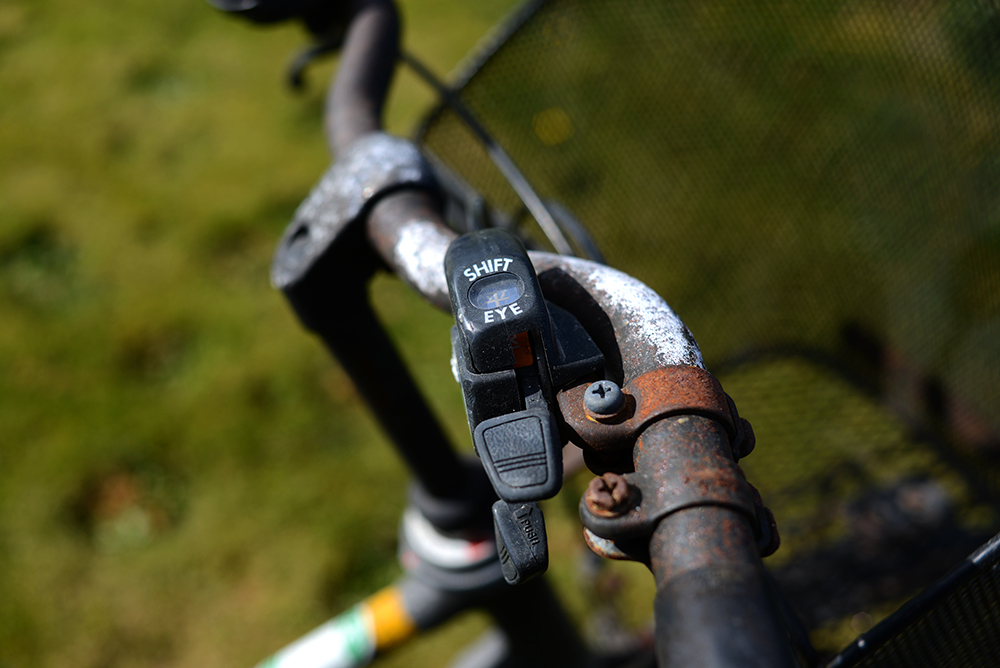 And the "Shift Eye" internally geared hub shifter, the likes of which I had not seen before. 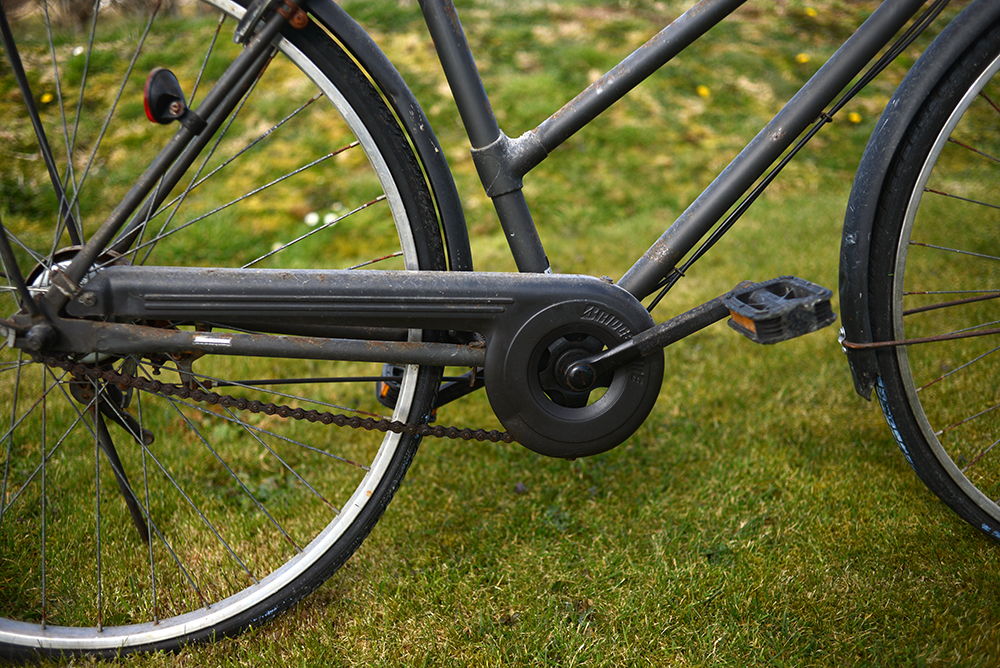 Despite the bicycle's long-neglected state, the components seemed to work when I tried them. The worn tyres and tubes need to be replaced. But with that done, and after a basic tune-up, I believe this bicycle would be quite ridable again. 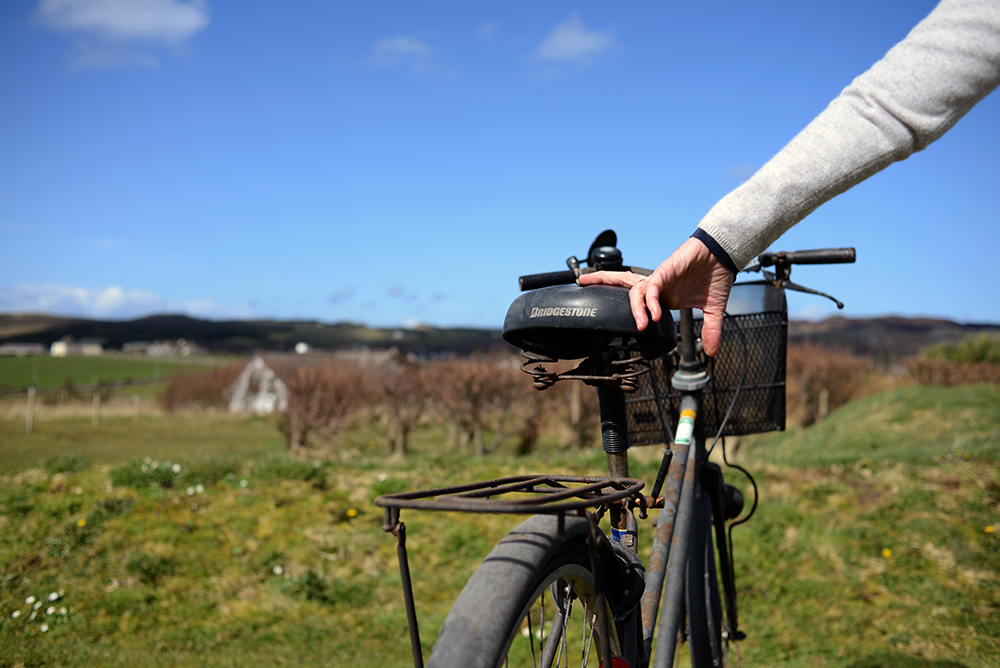 True, cycling is tough here. And not as big as it is in Osaka. Still, I hope to some day be walking along the main street of Dunfanaghy and meet Janet, this time happily astride her old Japanese Bridgestone, rust and all. A bicycle once so loved and cherished surely deserves to enjoy an active retirement - and where better than in Ireland, by the sea?