Front vs Rear Carry: Notes on One User's Experience 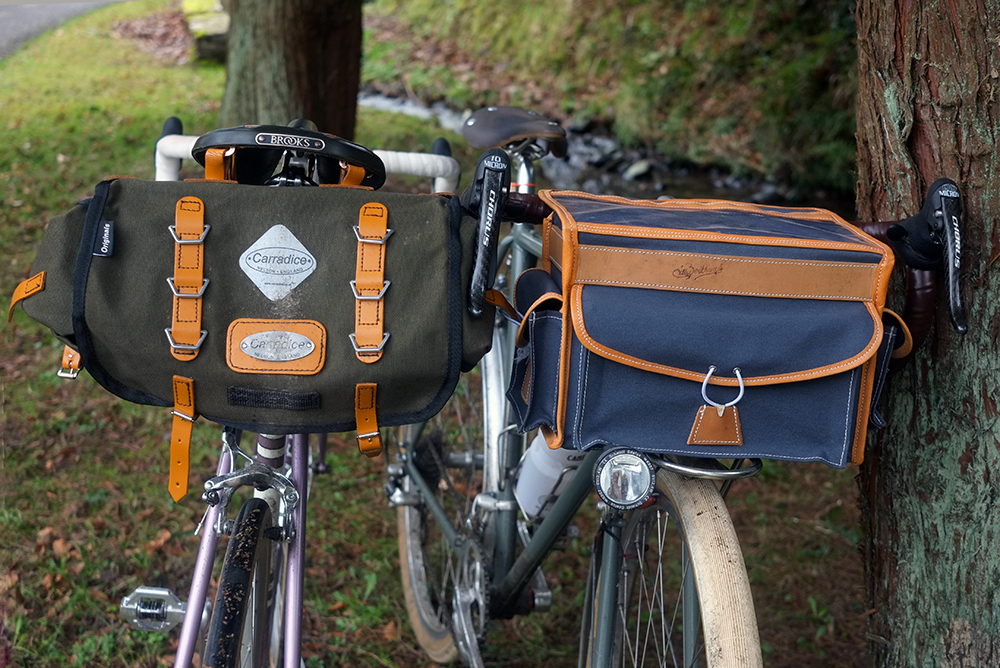 Most of us who've cycled for utility, travel, commuting, leisure - anything other than all-out fitness really - have partaken in the convenience of carrying things on our bicycles. Whether it's a camera, a picnic lunch, a laptop computer, a sack of potatoes, or a stack of firewood, carrying it on the bicycle as opposed to on our backs tends to be more comfortable. Ah, but where on the bicycle? Because you see, our two-wheeled contraption presents us with a dazzling, confusing array of choices: front or rear.

Chuckle if you will, my friends. But the front vs rear carry question can lead to surprisingly impassioned debates. Now in my 7th year of cycling, I have experimented with both, in a variety of configurations. In the process I have developed a pretty strong preference for front carry, to the extent that nearly all of my bicycles are now thus equipped. Whether it's a small handlebar bag on a roadbike or an enormous utility crate on a transport bike, I prefer to have my things in the front. 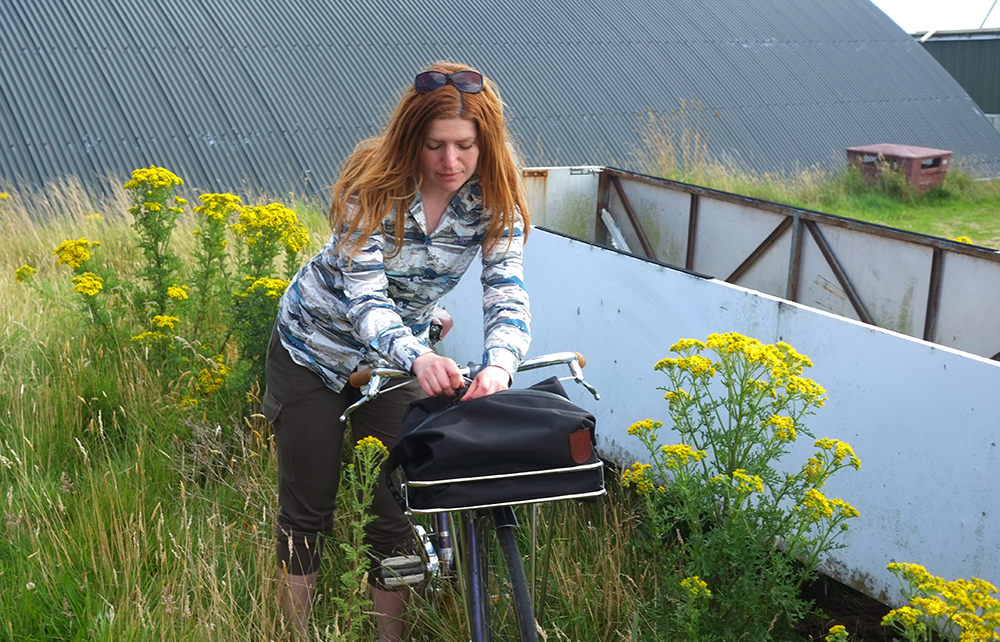 I suspect the reason for this is to some extent cultural, having been raised as a female in large crowded cities. But without tying this to gender and geography necessarily, I will say simply that I was brought up to keep my belongings "where I can see them" at all times and this mentality is very difficult to shake. Whether it's just a small handbag that contains my housekeys, bank card, money and phone (the pockets on women's apparel often won't fit even these small items), or a work bag containing laptop, camera equipment, and potentially sensitive documents - if I'm traveling with it, then I want to have it my field of vision. And I am always somewhat uneasy if I don't. 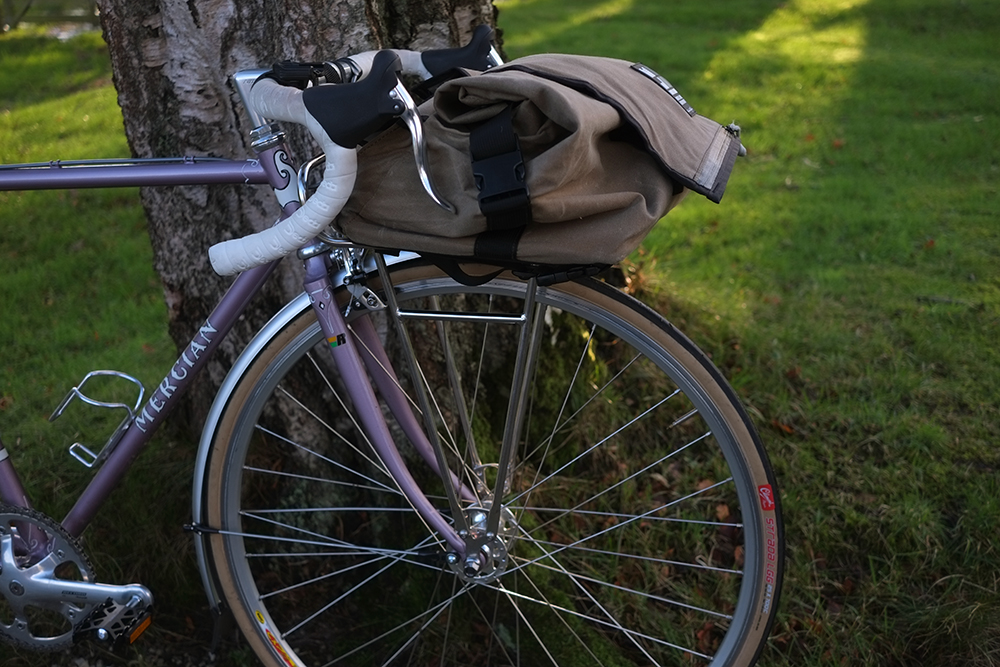 Unlike some, I do not find that a specific front-end geometry is necessary on a bicycle to enjoy a front-carry system. I have ridden with heavily laden baskets on high-trail Dutch bikes, with hefty porteur bags on mid-trail English roadbikes, and all manner of other setups. In all cases, I have found the handling perfectly fine - provided that the system was (1) set up sufficiently low and (2) properly secured.

And therein lies the rub! Because ensuring that these criteria are met can be difficult, time consuming and expensive - especially on bikes where the frame and fork are not designed for front carry. It is certainly more difficult than affixing a large saddlebag to the back of the bike via 3 straps and calling it a day. Although even installing a rear carrier to support panniers or a crate is usually an easier business, with lower-cost options available, than doing the same to the front. 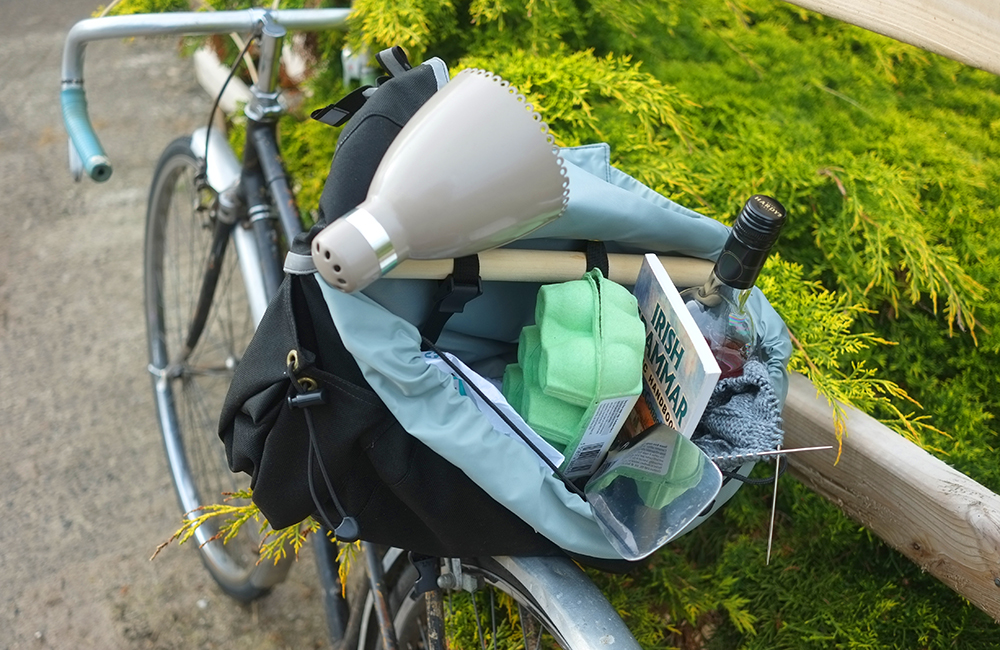 And so, my personal preference for front carry notwithstanding, I think of it as a trade-off:

Because weight, when carried in the front, has the potential to affect steering, it is imperative to secure it well with a supporting rack or other specialised system (like the proprietary "front block" on the Brompton). Most effective of all, in my experience, is a support that secures to the bicycle's frame, rather than to the fork - although securing a rack to the fork is, in turn, better than the weight hanging off of the handlebars and swaying side-to-side. In addition, care must be taken to install the supporting structure low enough on the bike so as not to make the machine too top-heavy. And finally the bicycle's fork must be taken into consideration as well: Is it rated for the weight we intend to carry?

The rear of the bicycle is far less sensitive. If a rear load sways, is set up too high, or is inordinately heavy, chances are the effects will not be as noticeable in action. 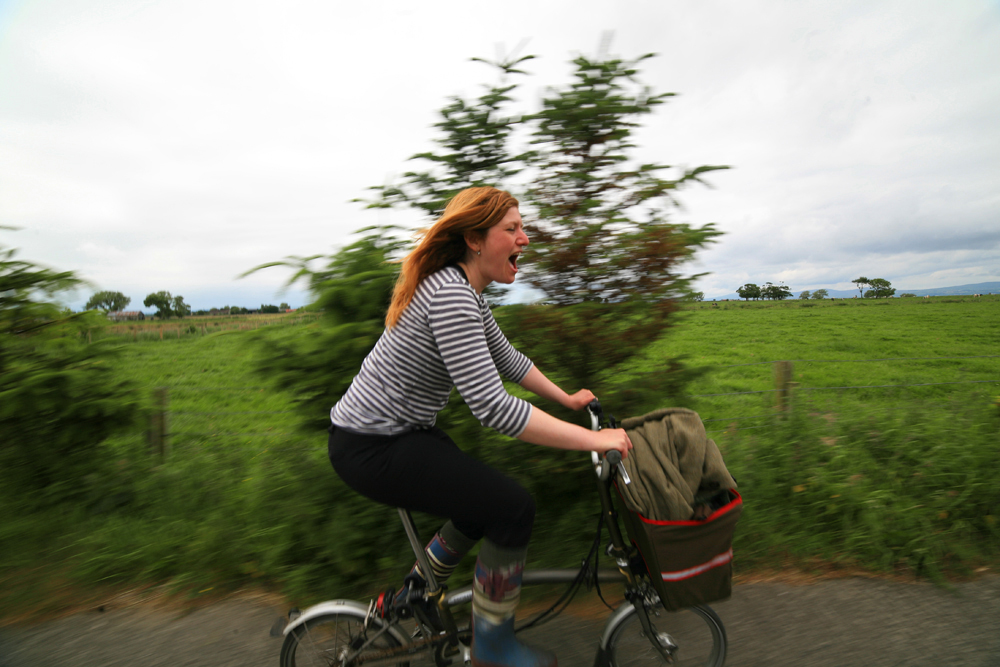 For me personally, the benefits of carrying my things on the front of the bicycle outweigh the potential complexities of ensuring a proper front-carry setup. In my use case scenario, accessibility and easy reach are particularly important, because a good deal of my work centers on photography.

One particular job I was working on several months ago, for a movie studio, involved cycling around a vast, abandoned airbase and stopping to scout various locations, taking myriads of test shots while the light was still good. Being able to pop my camera in and out of my front bag while remaining standing over the bike, then take the shots and move on to the next location quickly, was imperative and I thanked my lucky stars for my perfectly-dialed-in front bag setup. But of course that's just one example. In the course of everyday cycling the convenience of being able to reach for a snack, or stash a jacket, without dismounting the bike is something I greatly appreciate. As is the peace of mind I get from having my personal possessions in sight.

But I can certainly understand that not everyone finds such things necessary, or even particularly important. And if that is the case, then I don't really see a reason to go with a front-carry setup, if a rear-carry one can be achieved with less fuss. Preferences are exactly that for a reason: It's about what you prefer in the context of your cycling experience, your use case scenario. 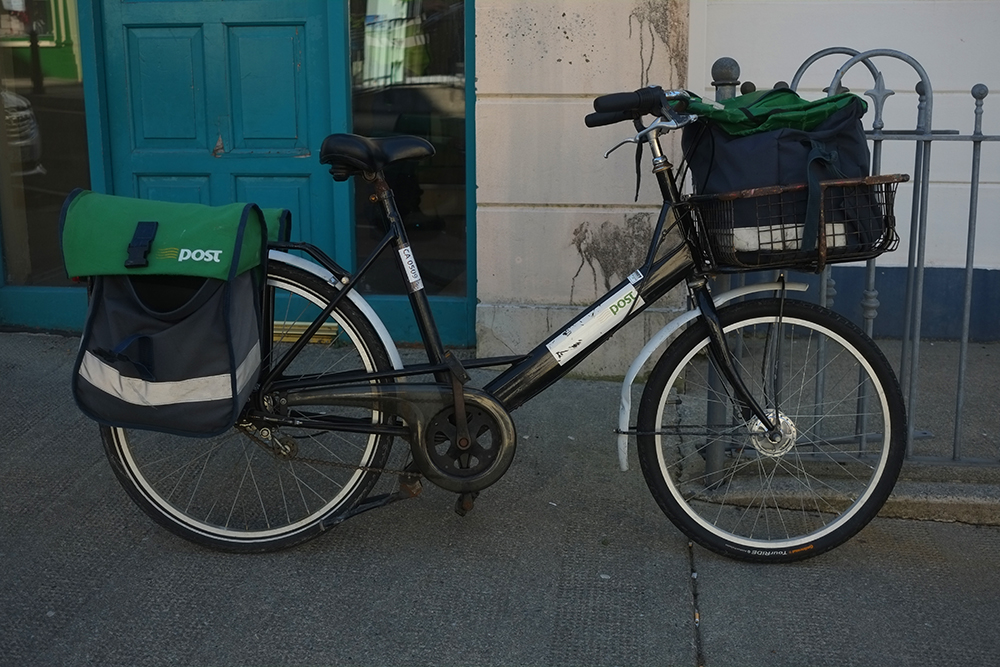 Of course there is nothing to stop us from sporting both front and rear carry systems on a bicycle. And on a bike that is pure utility, or touring-oriented, I indeed prefer to have both - in which case I like to use panniers for the heavier, less valuable things, while keeping the difficult-to-replace or sensitive items in the front where I can keep an eye on them.

It isn't that I don't trust the hardware on my rear panniers or saddlebag to keep my belongings secure. It's just that some part of me still hears my mother's, aunties' and grandmothers' voices - scolding the wild-running, scatterbrained, 11-year-old me to keep my things where I can see them!

Now... where the heck is my bag again?