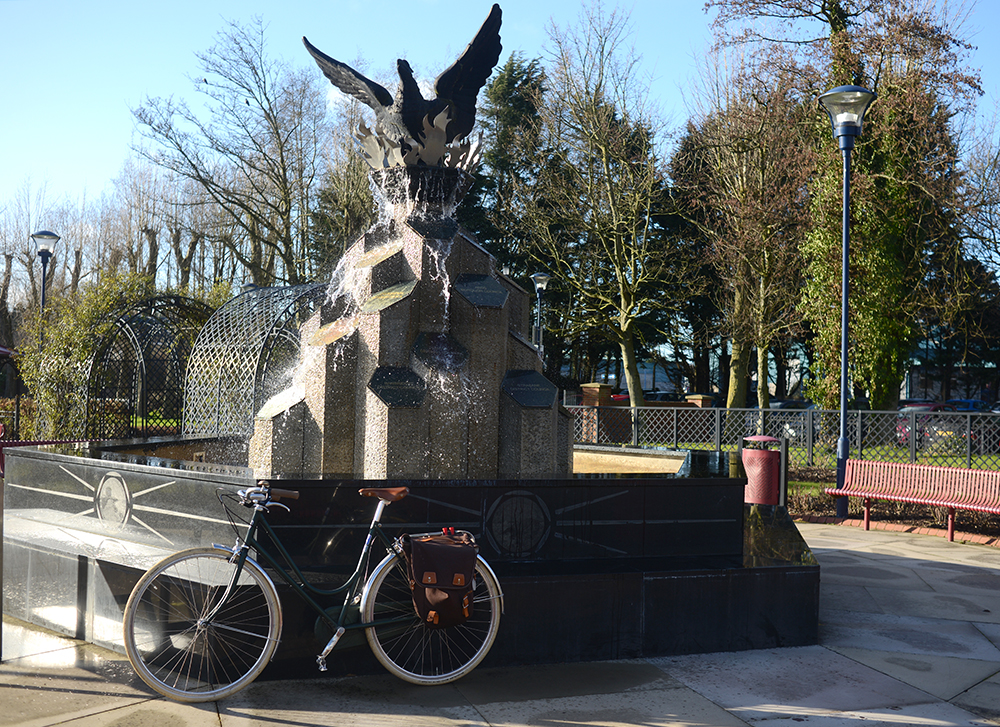 In the course of speaking to the artist whom I featured in the previous post, it occurred to me that we might have some friends in common, whom I gauged to be around the same age as himself. As it turned out though, I was off by a decade. That is, the fellow was 10 years older than the age I guessed him to be. "Cycling," we joked. "Must be the fountain of youth!"

It is not uncommon for me to meet cyclists who look a fair bit younger than their actual age, even remarkably so. But is this disproportionately the case compared to, say, other outdoorsy or athletic people I know? Thinking of it purely anecdotally, I would say possibly yes. And several friends I've consulted agree. But then of course we are biased, being cyclists ourselves! And to be fair, I have also met cyclists who look older than their age - skin withered from overexposure to sun without protective measures.

In the absence of any evidence, perhaps it is enough to say that cycling makes us feel younger - a sentiment with which, almost surely, anyone who has pedaled agrees. After all, "I feel like a kid again" is a phrase we often hear from those who rediscover cycling as adults. And that is hardly a surprise, if the last time they pedaled a bicycle had indeed been in childhood. That association could very well bring out the cyclist's younger self, with interesting implication for their future personality development, should they persists in cycling as adults. In that sense, cycling can "un-jade" us and make us see the world in a different light again. Some report rediscovering a sense of wonder, the ability to get excited about things again, which they may had once feared they lost. Others feel more youthful in the sense of being more energetic, sprightlier, fitter.

Whether the effects are mental, emotional or physical, they are nearly always beneficial. And of course it is not a far stretch to think the people around us might notice their effects on us.

As a teenager and young adult, I had always looked older than my age. I was the first kid in my neighborhood who could walk into the Quiki-mart in the part of town where no one knew us and buy cigarettes, then a couple of years later, alcohol. In my early 20s, I was always put in charge of things at work because I had an air of maturity about me.

But when I hit my 30s something weird happened: It was as if I started to go backwards. At the university where I lectured I'd get mistaken for an undergraduate. I began to get carded in restaurants and liquor stores. Persons in administrative and authoritative positions would speak to me in parental tones. Whether this was flattering or insulting I could not quite decide. But either way, such treatment was distinctly new to me. It was as if in my 20s I'd been mistaken for someone in their 30s, and now it was the other way around. Is it coincidence that I began cycling in my third decade?

"It is the same with me exactly," said a cycling peer, when I shared these impression with her. Just two weeks earlier a 19-year old (at a bicycle shop, incidentally) had asked her out on a date and was shocked to learn her age.

"Damn girl!" said the young man allegedly, "Sure I thought you were a couple of years older... but you're, like, MILF-age!" Aw. How sweet indeed.

But lest we give ourselves too much credit for looking genuinely youthful, here is another take on things:  In situations where we are unsure of a person's age (or don't want to offend by guessing in the wrong direction), we might look for clues. And the bicycle, in our society, is still considered a toy, or at least a youthful preoccupation, more often than not. Which in this case, might work in our favour. All else remaining equal, if we are seen with a bike, a stranger might judge as as younger than otherwise.

Is cycling the fountain of youth? Perhaps. Or perhaps not exactly. Still, it's good to feel like a kid again and "fly" with the breeze in our face, knowing spring is just around the corner.