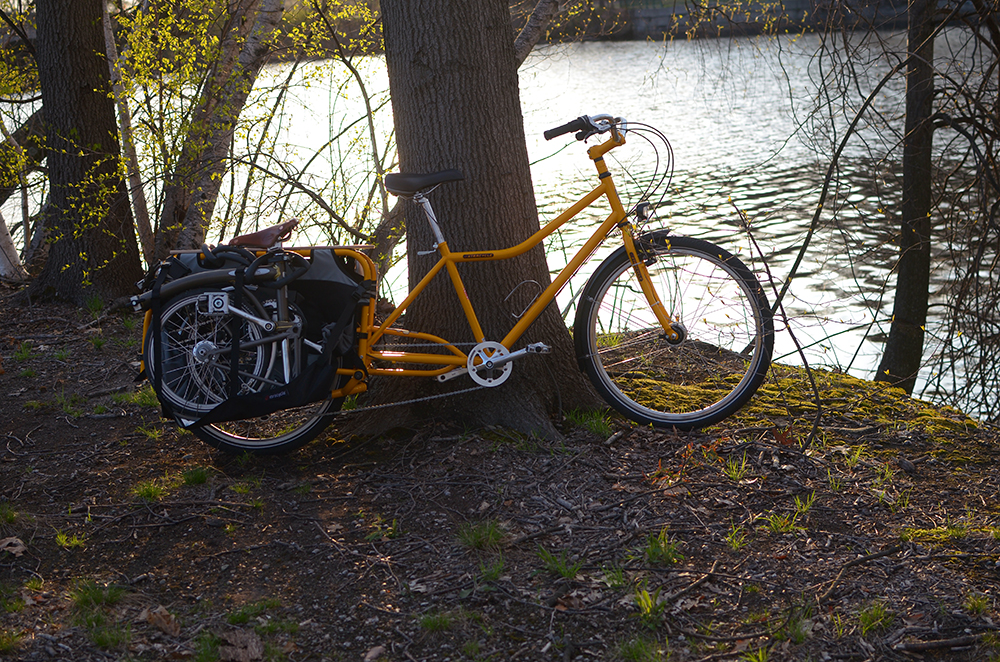 Over the weekend someone asked me - quite innocently - whether I've ever owned a cargo bike. They were a little taken aback when my eyes nearly filled with tears in response. Because you see, for a few blissful months in 2013 I did own a cargo bike. It was an Xtracycle Radish and it was a useful, comfortable, gorgeous, glorious machine. A display model from Interbike in a lovely shade of saffron, it could haul - and it could also "haul ass" as it were!

Unfortunately for the poor bicycle, it came to me at a time when my life was about to go topsy-turvy, so that I never featured it here properly. Still, in the time I owned it I loved the Radish. I would own it still, had transporting it to Ireland not been prohibitively costly. But costly it was, and so I sold it to a nice lady in Boston once it became apparent that my move overseas was permanent. 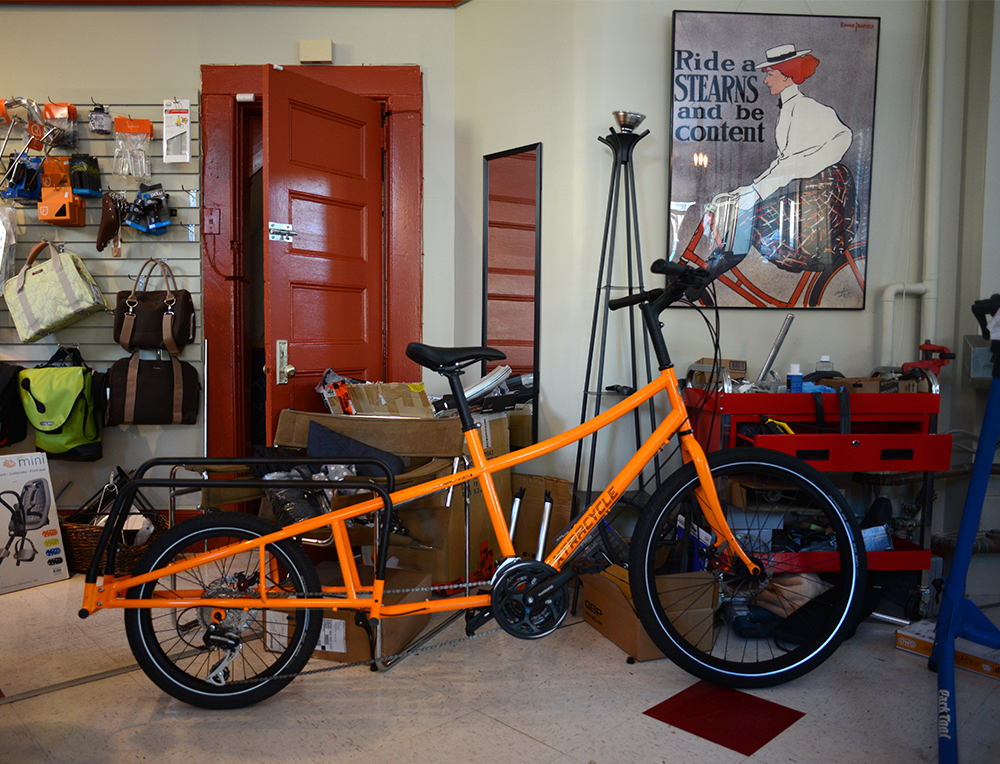 It was around this time that Xtracycle introduced their newest cargo bike model, the EdgeRunner. And the plan had been at first, as far as I understood it, to offer both models in parallel: the EdgeRunner for heavy-duty haulage, and the Radish for less extreme cargo. However, somewhere along the way the plans must have changed and the new model replaced the Radish altogether.

On subsequent trips back to Boston, I test-rode the EdgeRunner several times (it is available to try from Bicycle Belle and Harris Cyclery), with intent to at some point review it. And I liked it a lot. But I had to admit that, for my own use case scenario, I had liked the Radish better. The EdgeRunner was designed to be a stiffer, heavier-duty cargo bike. It is optimised for carrying heavier loads and multiple (3!) squirming children, while remaining impeccably stable and well-balanced. However, it hadn't quite the same degree of lively-ness and... for lack of a better word, "personality," that I had so loved about the Radish. 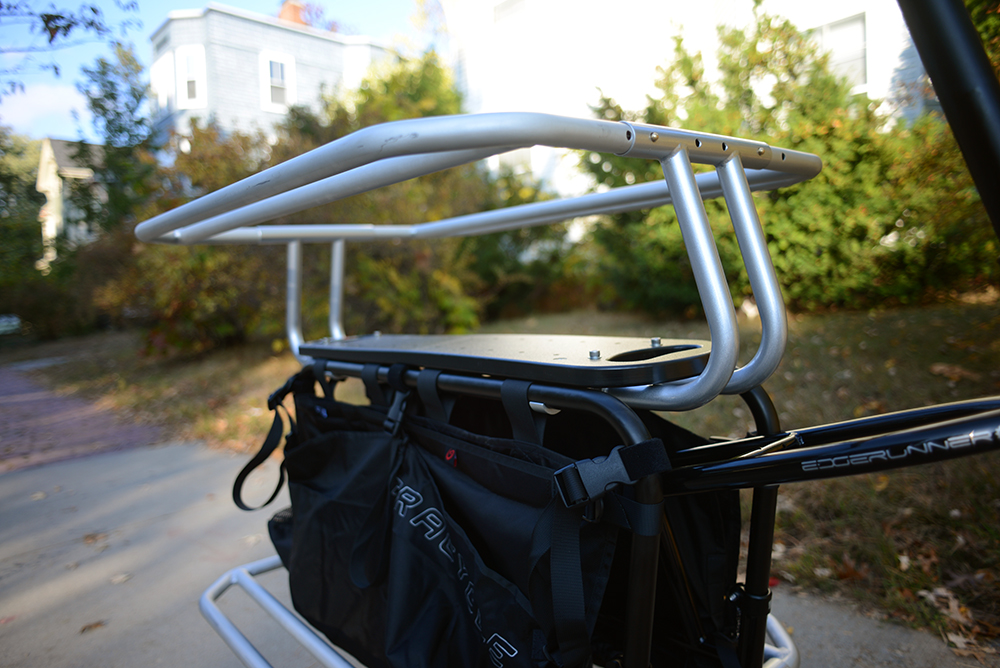 When I shared these impressions informally with some industry folks and Edgerunner owners, the feedback I got was almost unanimous:

"Oh, well that wasn't a fair test ride of the Edgerunner! You should have carried a fridge on it. Or a sofa. Oh and borrowed some neighbourhood children. Now that would have been a fair test ride."

And at first I figured, they were right, and so I never reviewed the bike. But the more I mulled it over in hindsight, the more I thought, "Why should I have to devise a scenario completely unnatural to me in order to test ride a bicycle?..." After all, I do not have children. And neither is transporting fridges and sofas part of my everyday utility cycling experience. Despite this, I had benefitted from cargo bike ownership in the past. 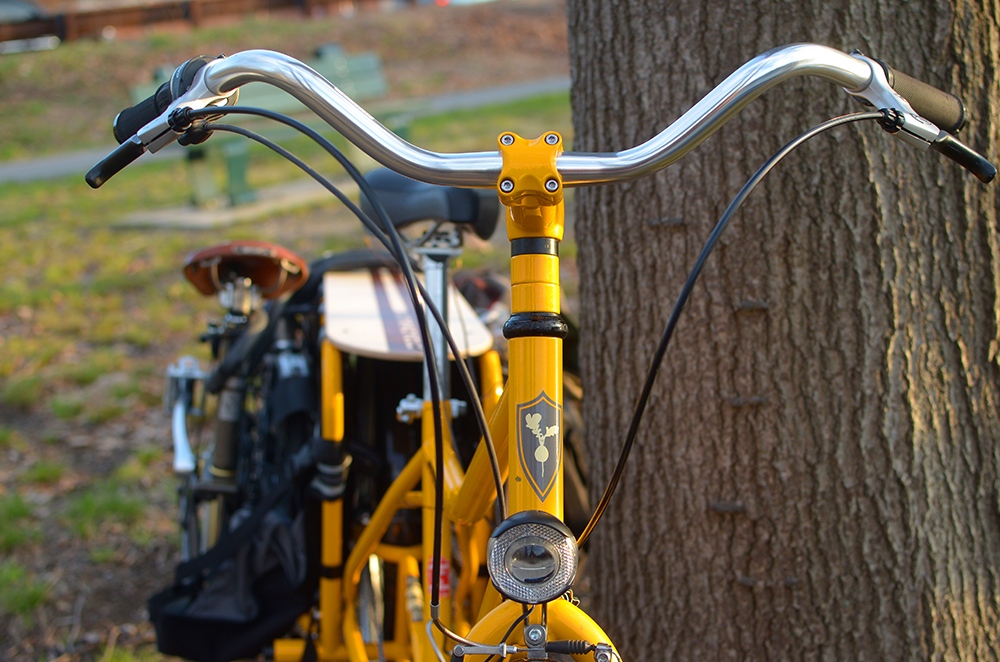 On my Radish I had carried everything from groceries - in quantities that would have overwhelmed an ordinary bicycle - to, perhaps more crucially, things such as art supplies, hardware store purchases, unusually shaped parcels, light pieces of furniture, and other objects that were not so much heavy as very long or awkwardly shaped. And while it would not have been impossible to secure some of those items to an ordinary bicycle and ride with them gingerly, the cargo bike made it a much easier and less precarious process, and saved me multiple trips.

So clearly I am within the target market for cargo bike ownership. Just perhaps not the EdgeRunner per se. Which is fine. And it does offer some food for thought about the many potential uses of cargo bikes, and, consequently, about what features we might value in them. 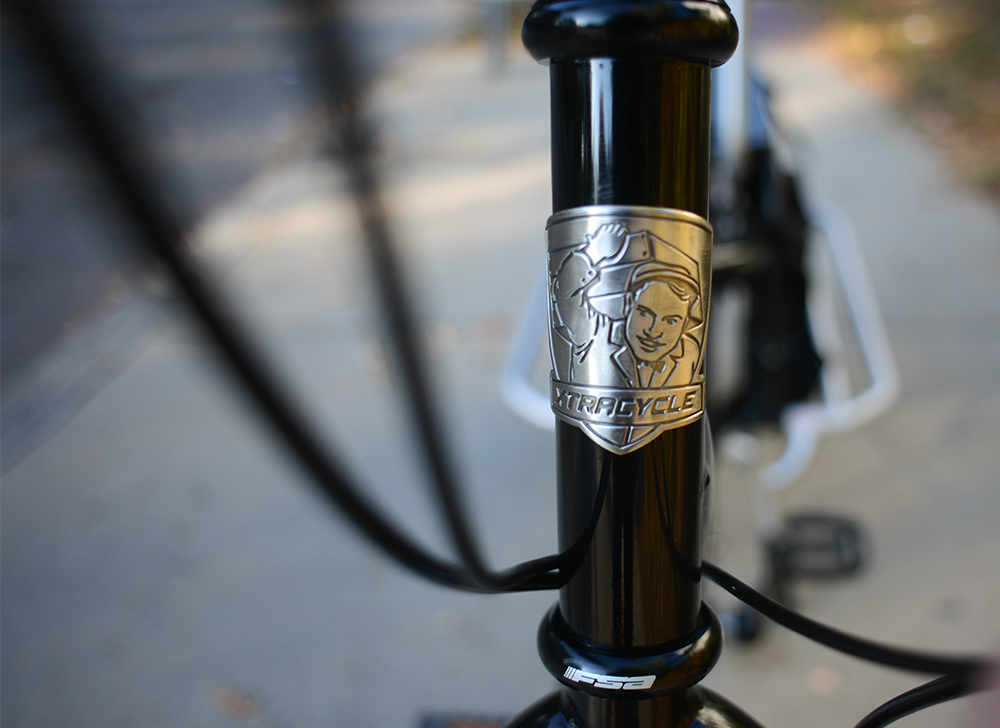 To be clear, this is not a review-in-hindsight of the Xtracycles EdgeRunner. Neither is it a criticism of that fine machine. Far from it. I think the EdgeRunner is a fantastic bike for the purpose it was designed for, and a necessary bike in today's world. In the age of the "people carrier" it is great to have velo-alternatives that can cope with not just one but multiple children while remaining easy to handle. So I'm all for the EdgeRunner and other heavy-duty cargo bikes. It's just that, in addition, I wish that the lovely, nimble, adorable Radish were still available for the likes of me and other childless, non-fridge-carrying cargo bike enthusiasts. Speaking more generally, I wish there were more options for cargo-lite, as it were, cargo bike models.

By this, however, I do not mean "mid-tail" versions of the rear load cargo bike, and "small bucket" versions of the bakfiets. The size of the container/extension must remain the same. But the bicycle itself would be optimised for performance (distance, hills, nimble handling) rather than for hauling maximum weight.

Who would benefit from such a bike? People who travel with musical instruments. Artists who carry large canvasses. Chimney sweepers. Fishermen. But, without resorting to such picturesque extremes, a bike of the sort I describe would benefit pretty much anyone who needs to carry oversized objects or piles of equipment with ease, perhaps over challenging terrain, yet does not require ultra-heavy-duty hauling capacity.

It would be interesting to conduct a survey of what portion of cargo bike owners (or would-be owners) use their machines in this manner, as opposed to for sofa/fridge/child portage. I suspect the numbers would not be entirely insignificant. 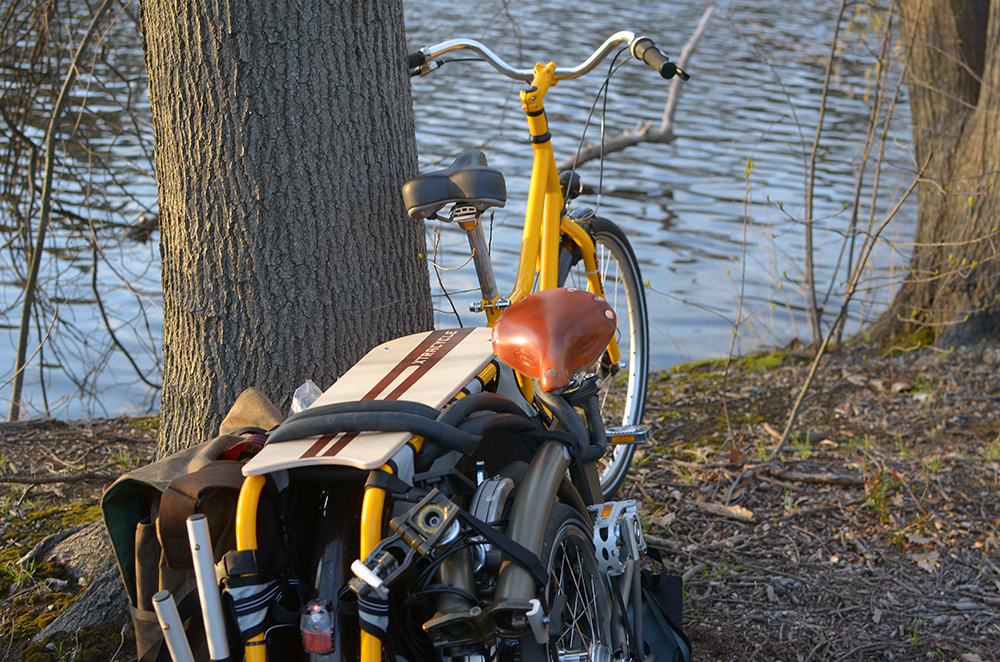 I miss the saffron Radish and hope that its current owner is as delighted with this bicycle as I was. I hope also that Xtracycle might consider bringing back a version of this model someday... and that other manufacturers might consider the question of a cargo bike's many potential uses, with interesting results.

For trips through the harsh Irish landscape, for instance, I envision a sort of Bakfiets-lite contraption with lighter tubing, responsive handling, good strong brakes, and a large, lightweight box in the front. It would be a flagship model of (the fictional) Pancóg Cycles for sure, along with the Farm Bike - a concept on which I shall expand at a later time!