Size, It's Only Just a Number! So I am working on a project for a bicycle manufacturer, where I'm suggesting geometry specs across 4 different sizes of the same model. It's a city bike. Or, more accurately, an upright town/country sort of bicycle. And it's got me thinking about how sizing has historically been treated by manufacturers of this type of machine. And how has it been treated, you ask? Badly!

You know how clothing sizing is not quite the same across brands? According to some American labels I am a size 2 and according to others a size 8. In the UK I might fit anything from an 8 to a 14. And in the EU, where I'll fall between 38 and 44 is anyone's guess. In my youth I thought this was an evil uniquely inflicted on women to drive them insane with body image issues. But subsequent shopping trips with men revealed it as a unisex problem. 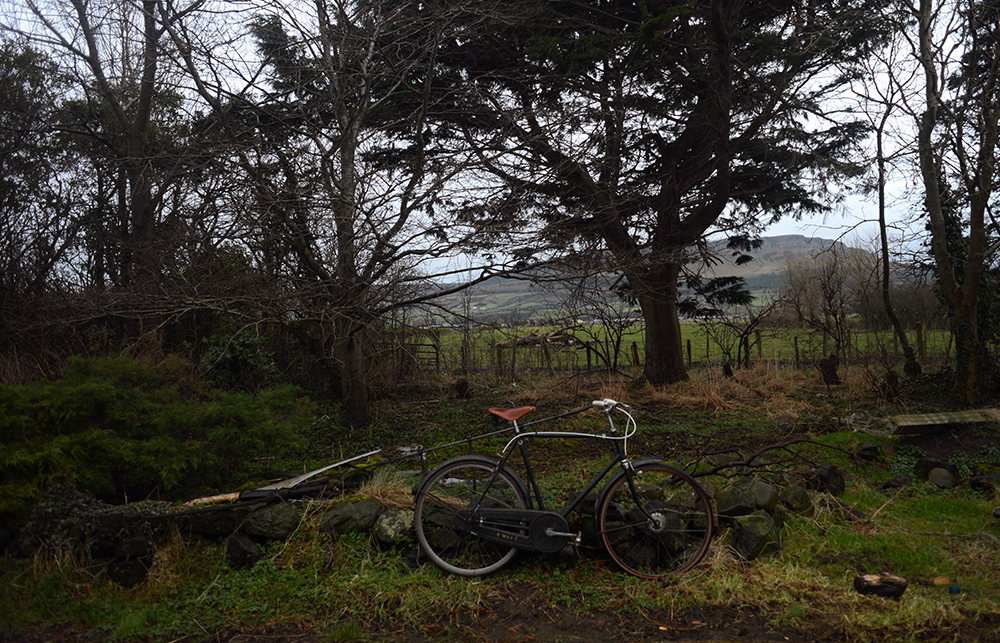 When it comes to bicycles - and namely bikes of the utility, plainclothes, hop on and go, or whatever you want to call it variety, matters stand similarly. For while bicycle sizing makes it seem as if it's based on concrete numerical measurements (a bike can be described as a Size 54cm, or 57cm, for example), what those measurements refer to - and, perhaps more importantly, what they omit - can essentially render them useless.

Take, for instance, the lovely BSA above, of 1970s vintage. Never having had occasion to measure it before, I finally did so last night to get a sense of the proportions an "average sized" diamond frame might have around 26" wheels. But with the measurements I ended up with, I would not even know how to describe this bicycle's size! While the seat tube is 570mm (if measured center-to-center; or 582mm if measured center to top - but that distinction is another topic!), the top tube is a shockingly short 545mm across.

Now I suspect that BSA, back in the day, would have described this puppy as a "size 23" referring to the (c-t) seat tube figure in inches. And I also suspect that all of their sizes for this model would have shared the same identical top tube length, as would have often been the case with English 3-speeds - ensuring that most riders would feel either inordinately stretched out or uncomfortably cramped on their bikes.

Getting back to the BSA, its 570mm x 540mm dimensions explain why my husband - who is 5'11" with a long torso - finds this machine simultaneously too big and too small: He can hardly straddle the top tube, but once astride the bike the "cockpit" feels too small.

For this reason precisely, the French have traditionally described their bicycles by the top tube (or virtual top tube) length. And today, most roadbike manufacturers do the same, believing this figure to be more informative when it comes to fit. But describing a bike like the BSA as a Size 54cm would be problematic, as (1) most people short enough to be attracted to that size would likely not be able to stand over this bike, and (2) it would mean that all of BSA's sizes for that model could be described as 54s! 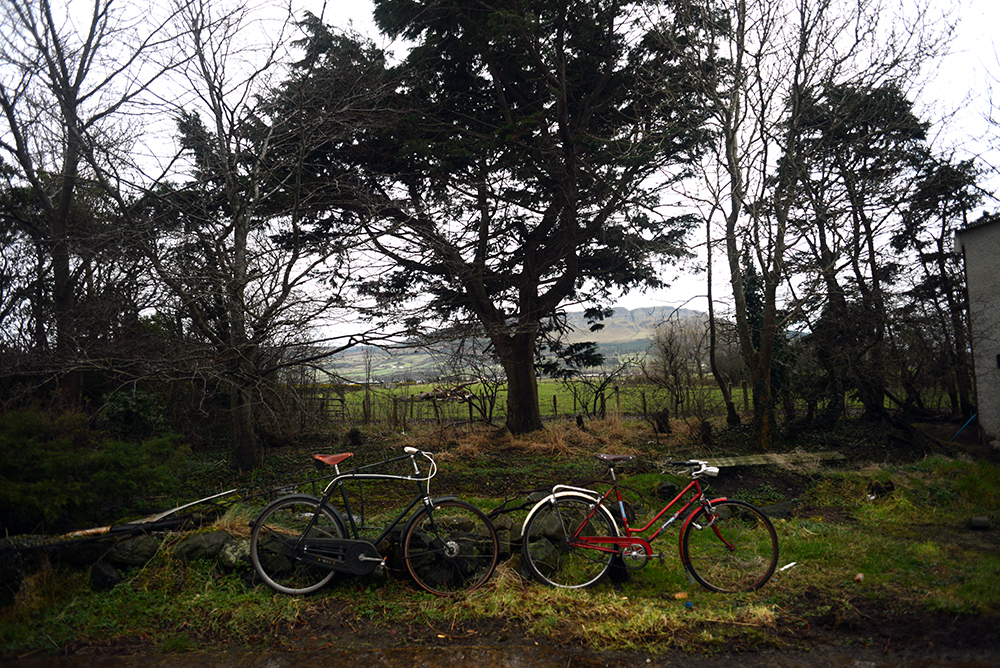 The existence of these different sizing methods can be confusing. Which of the bicycles above, for instance, both built around the same wheel size, would you say is "bigger"? Some would say the small-looking one of the right, as its top tube measures 56cm. Others would say the one on the left, with its 57cm seat tube. It is good to keep this in mind, whether buying 2nd hand, or ordering a new bicycle without test riding, and without the benefit of a complete geometry chart!

But the truth of the matter is, that in order for either the seat tube measurement or the top tube measurement to be informative as to a bicycle's true size, the frame as a whole has to use "proportional geometry" - meaning, that as the sizes go up, the seat and the top tube (or virtual top tube) expand in unison. And while this is not an especially radical notion, you would be surprised how few bicycles designed for an upright position even today take care for their geometry specs to be proportional across sizes. It is almost as if, on an upright bike, the rider is not meant to care about  positioning. The fact that most upright bicycle manufacturers do not release their geometry charts contributes to that impression.

While some in the bicycle industry insist a meticulous "dialing-in" is crucial even for casual upright cycling, others shrug and say that a bicycle "fits" if you can manage to hoist bum on saddle, or stand over the top tube without your privates catching. My own views, I guess, fall somewhere in the middle. Certainly, compared to a roadbike - where the difference between pleasure and pain can be measured in milimiters or halves of a degree - upright bikes are  more forgiving. But it does not follow that fit is altogether unimportant. One can be uncomfortable on a "comfortable" upright bike. You can spot the riders who are over-stretching awkwardly, reaching up as if their bars were ape-hangers,  or hunched over painfully. You can also spot the ones with the waaaay-too-tall stems (or seatposts) trying to compensate for inappropriate frame proportions.

An informative, cyclist-oriented model of upright bicycle sizing must consider overall fit and not seat tube length or standover height alone. Otherwise, what is size, but just a number?