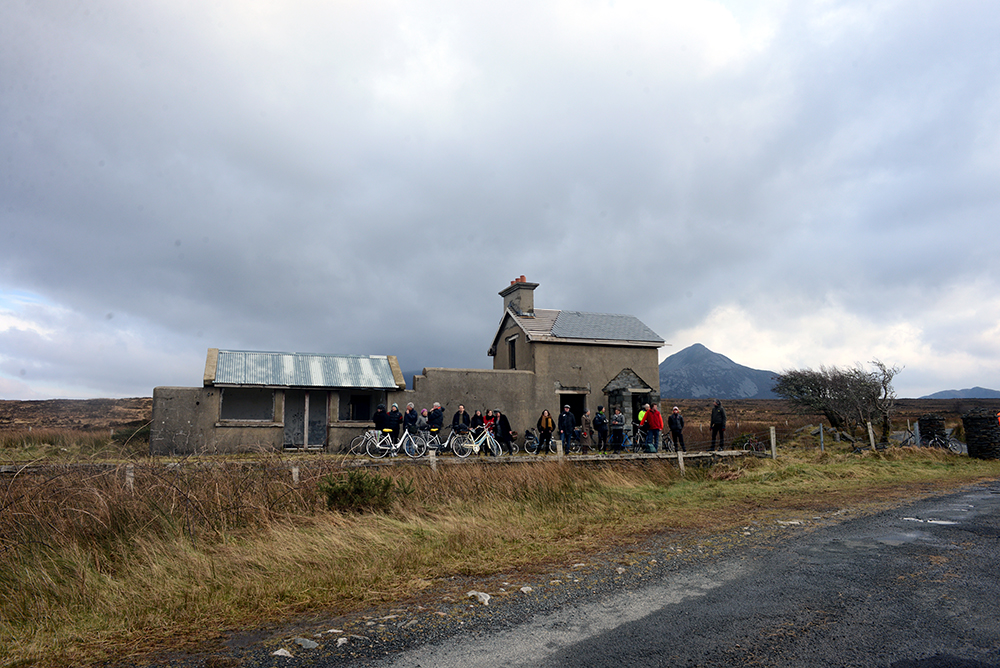 It was to be my first time leading an organised bicycle ride. And the evening before it, I became plagued with doubts about the route. I mean, six miles - really? What was I thinking! Even with all the talking I'd be doing as part of the guided "literary tour" (the ride was part of the Flann O'Brien, aka Myles na Gopaleen, festival in Donegal mentioned here earlier) it would be over in minutes surely. People would be disappointed, angered; they would pelt me with rotten vegetables. 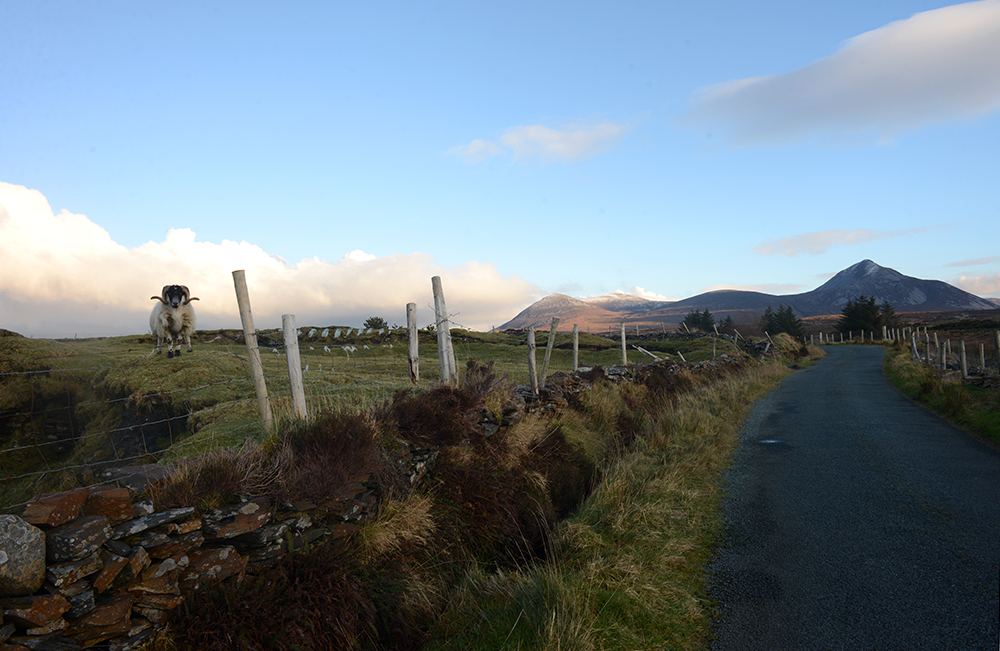 Keen to avoid that scenario, I set off on my own before sunset to do a dry run, perhaps tweak and lengthen the route a bit. And in so doing I immediately remembered why I had kept the distance so short. It was basically a hill climb we'd be tackling. An uphill slog through remote Donegal bogscapes at a relentless gradient, followed by a winding, brakepad-burning descent.

"This ride is suitable for cyclists of all abilities," I had penned in the route description to a trusting audience. "We will pedal at a social, parade-like pace, with lots of chatting and stopping along the way."

Yeah. Six miles might seem like an awfully short distance, but these six miles would be plenty. For the miles in the hills of Gortahork are of the finest quality, presenting the cyclist with hardships and torment of the purest sort and thus inspiring Flann O'Brien's extraordinary novels. And to boot this was the middle of February, with chances of rain and gael-force winds at nearly 100%. Listening to the sounds they made against the slate roof of my cottage that night, I fell asleep with a clear conscience. 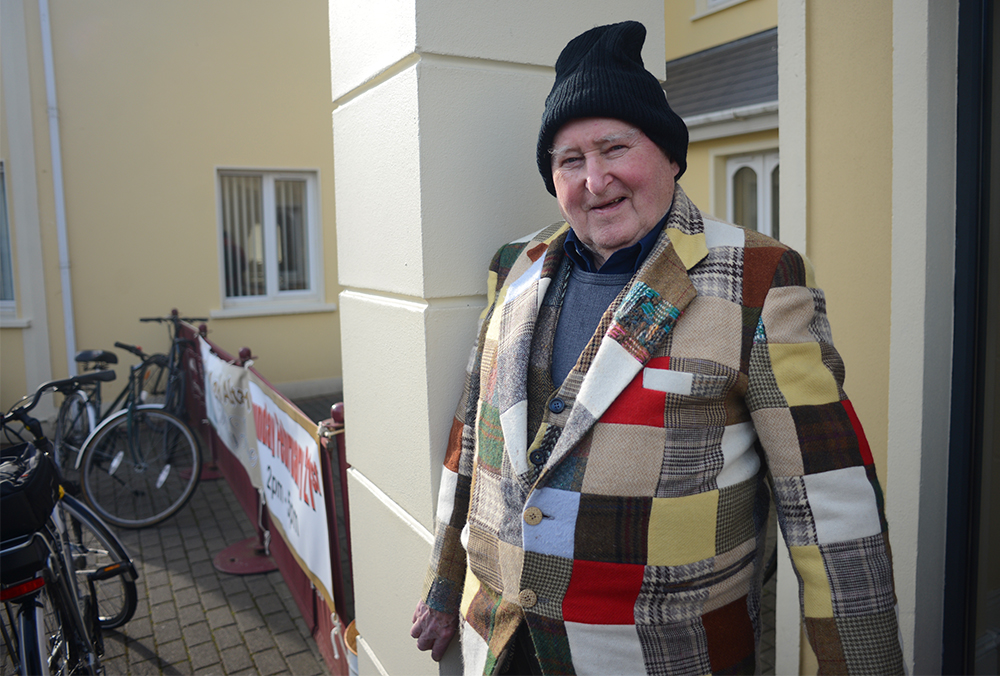 The following day, the Slí na gCopaleen Festival was in full swing in the village of Gortahork, with morning talks of a scholarly nature putting me into a civilised frame of mind - so much so, I was even inspired to wash my face and clean the mud off my boots before arriving at the designated meeting place. 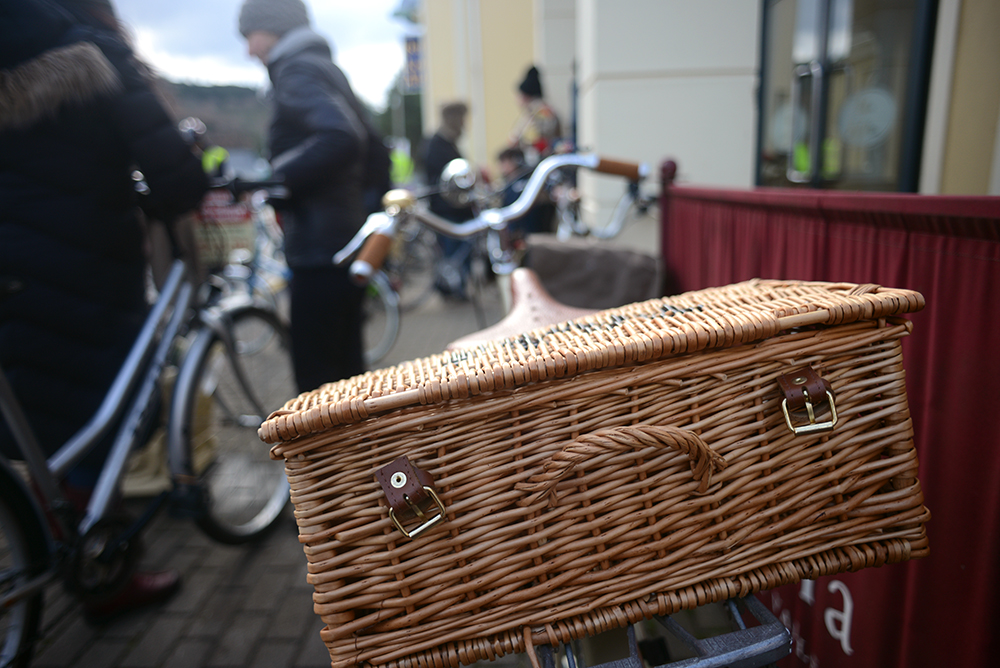 With the time of year being what it was, I was hoping that 8, perhaps 10 hardy souls might join me that day. But in truth I feared that it would really be just me, and a couple of local friends, come out of politeness. 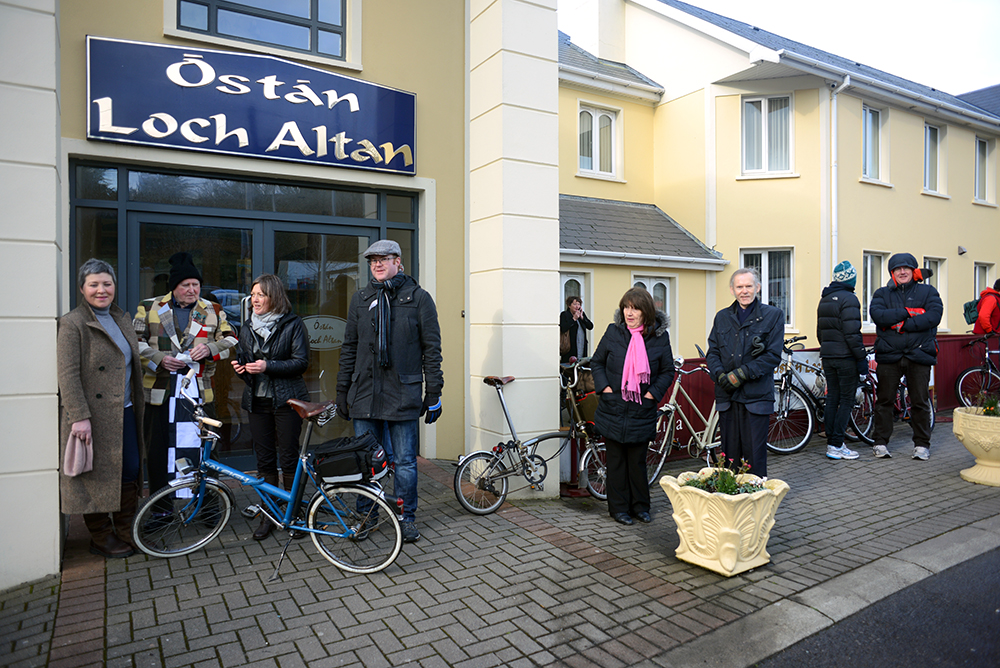 To my surprise, however, the bicycles - and riders - kept multiplying, until the number exceeded a dozen, then doubled again, and kept growing beyond that still. What's more, the crowd was positively brimming with celebrities - including painter Michael O'Nolan (Flann O'Brien's brother and only surviving family member), actor, writer and publisher Eoghan Mac Giolla Bhríde, comedian Hughie Mac Ó Duibheannaigh, travel journalist Sean Hillen, members of the Cosan Glas artist collective, and a certain glamorous Irish soap star whose identity shan't be disclosed. At the start I believe we had 32 riders in all, half a dozen or so canines (unleashed and amazingly well behaved), and god only knows how many bicycles.

I was thus presented with a challenge I had not anticipated: How to talk, outdoors, in 0° temps, and having just barely recovered from laryngitis, to an audience of that size who were scattered on bicycles. I proposed we should pedal in thoughtful silence, then stop in front of each landmark and wait for all to catch up - at which point I would gather the crowd close and whisper the interesting things I had planned to impart upon them. 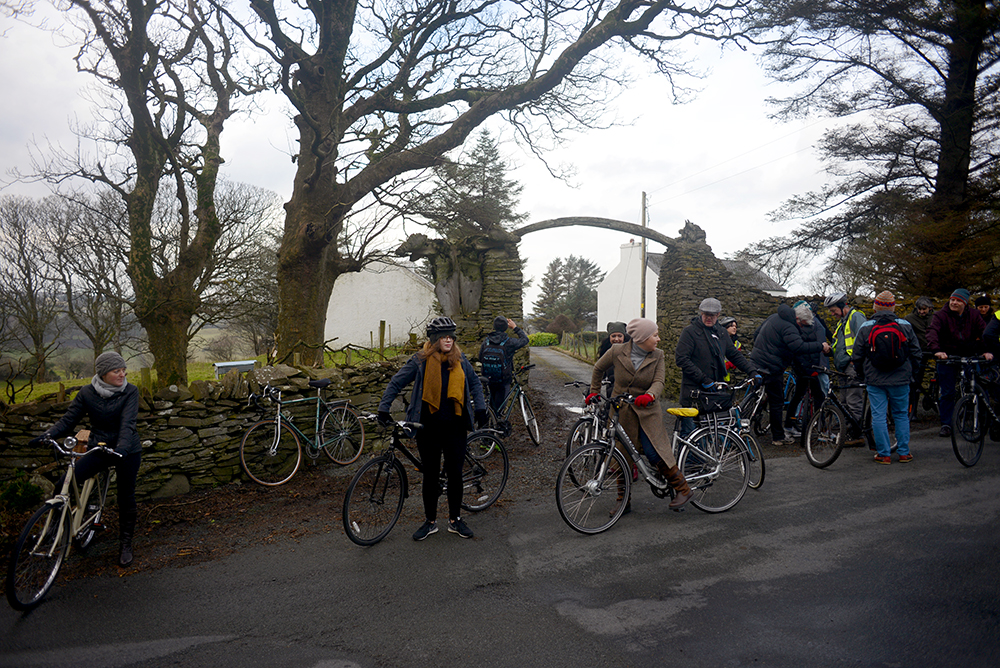 Amazingly, this format worked pretty well. Before long we were all intimate friends, whispering conspiringly in front of our destinations after all had caught their breath to reach them. In this manner, I told of the House Where Flann O'Brien Stayed, of the spooky but really quite lovely Whalebone Gate, of the so-called Gortahork Volcano, and the fabled Hunger Stack Mountain with its hidden stashes of gold and artisanal whiskey. Finally we reached the abandoned railway station of the defunct Londonderry and Lough Swilly narrow gauge railroad, where we allowed ourselves an imaginary summertime picnic in front of its shambles premises, while discussing its history and expounding on the need for Donegal to turn the dis-used railway beds into rail trails. 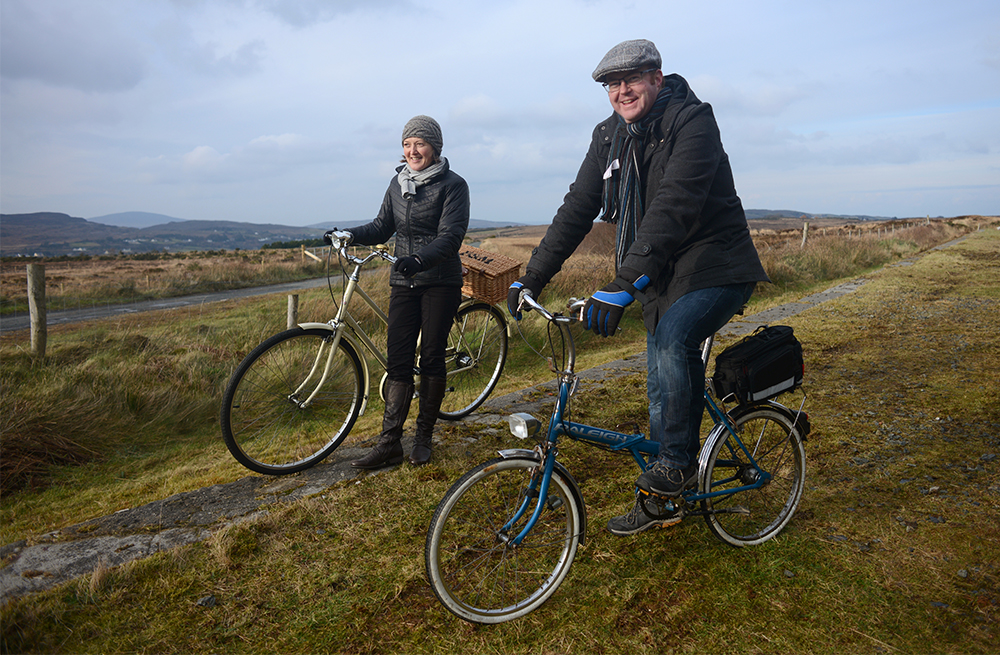 In front of all of these places, I made hoarsely whispered speeches about their role in Flann O'Brien's writing. My audience, panting from exertion and shivering from cold, leaned in close for warmth, which flattered me in its resemblance to attention and interest. 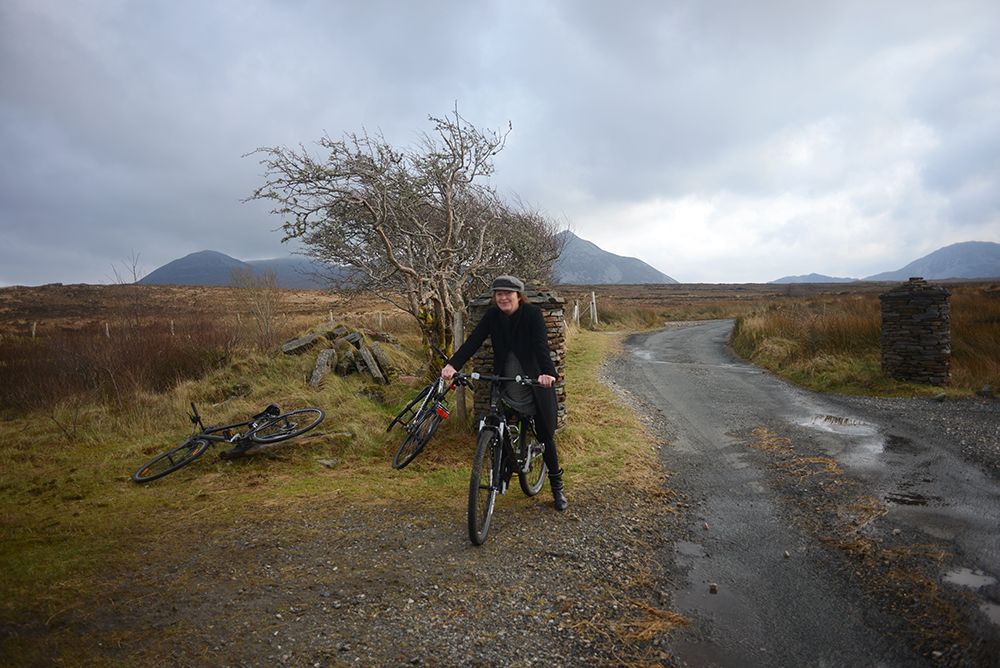 Meanwhile, the glamour was oozing from our stately procession, 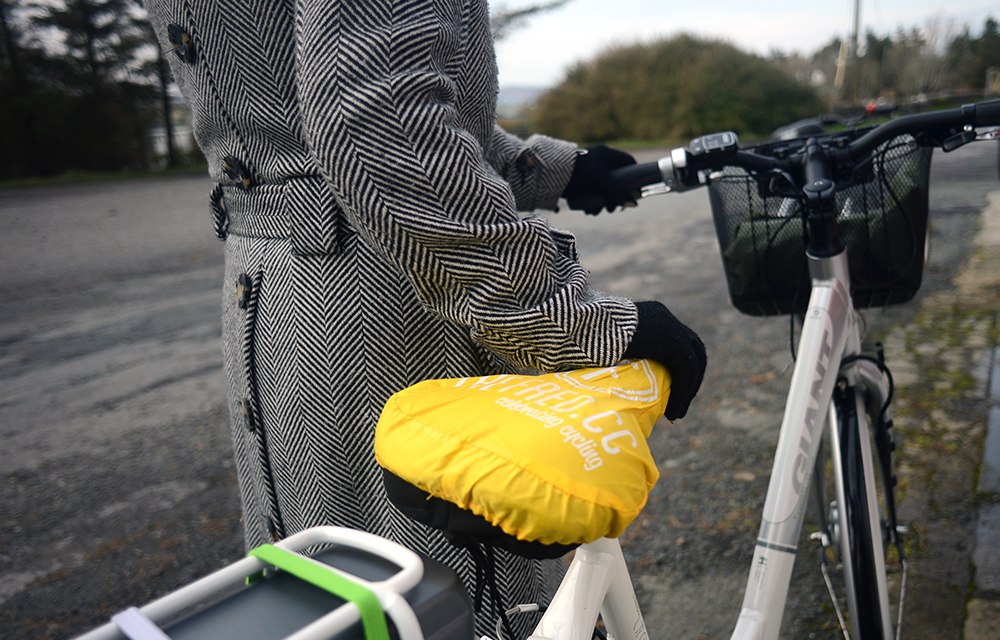 as we dazzled the local sheep and rock formations with our swathes of tweed, 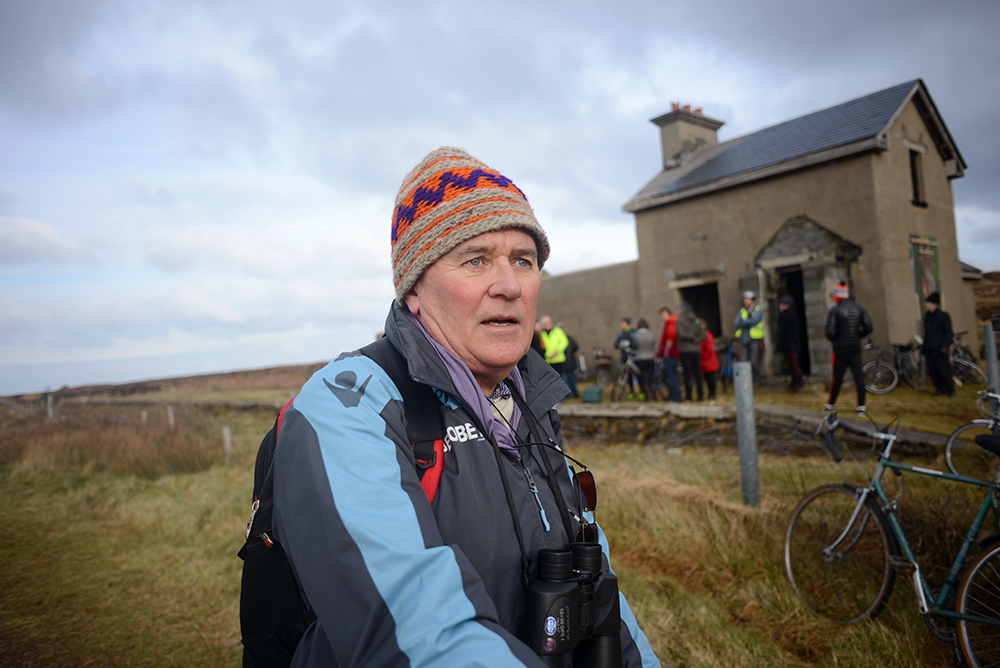 all manner of colourful haberdashery, 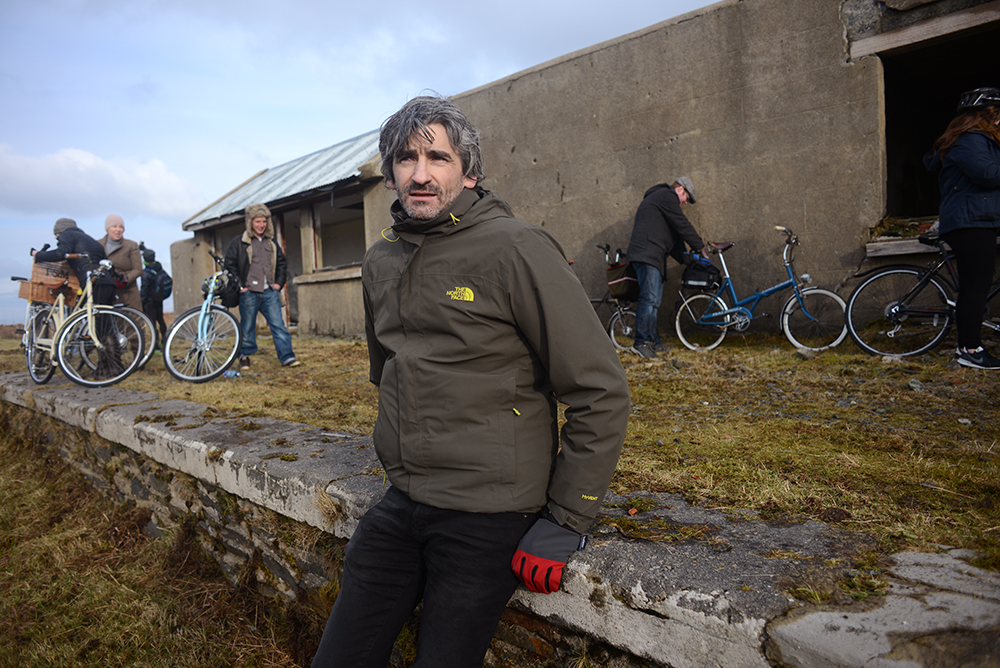 and picturesque suffering in the low winter sun. 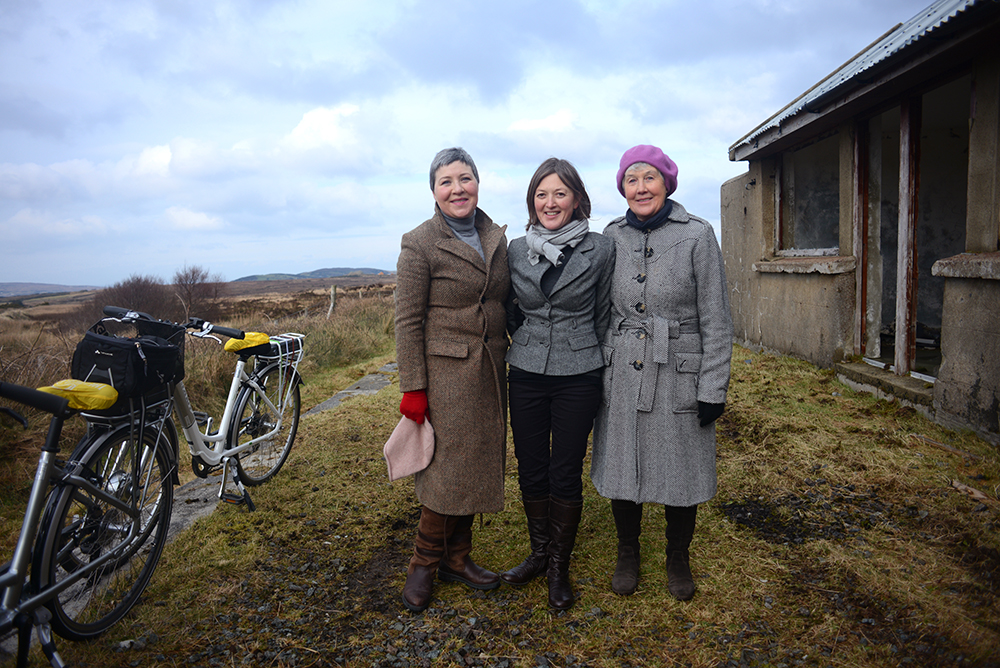 True, the weather disappointed us that day with its lack of Gaeltacht authenticity - depriving us of rain, or even wind of any strength worth mentioning. 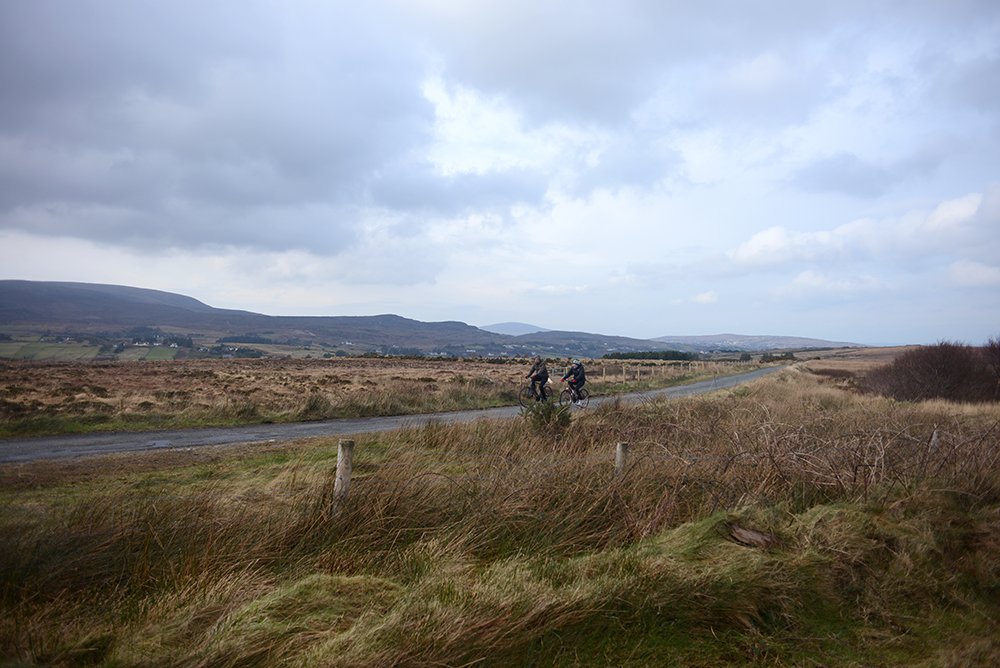 I could only hope that the endless uphill trek on heavy upright bicycles made up for this in some small way, and the crowd was not too put out. 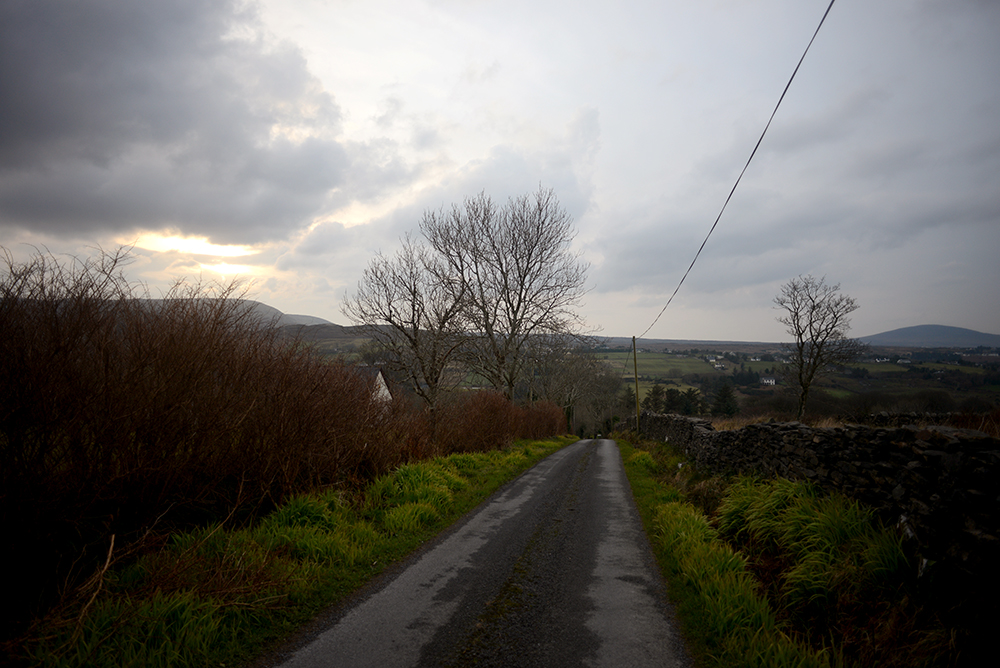 As we descended and reached at last the end point of our route, Teach Ruairi's pub, I heard more than a few riders exclaim to one another: "The likes of that ascent I have never pedaled and do not wish to again!" and "That damn near finished me!" in deeply satisfied tones. Only one rider within my earshot complained of the route having been "reasonable" and "nice." But really, you can't please everyone. 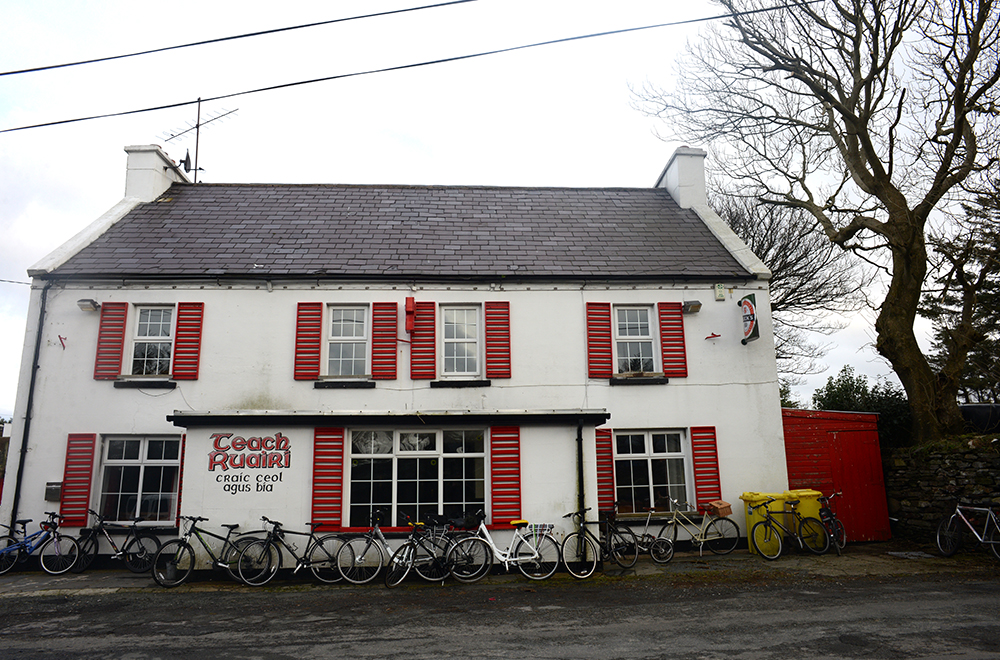 That afternoon's remainder was a blur as we warmed in the pub, the riders plying one another with buckets of hot ports and whiskeys. Our six mile route had taken us a good two hours to complete. It is a well-known fact that time flies when the miles are of high quality. And finer quality you won't find than in the steep, winding, crumpling, boggy back roads of Gortahork, in County Donegal. Whether you are fans of Flann O'Brien or not, perhaps next time you will join us!