The 'Death Farm': Some Thoughts on Obstacle Blindness 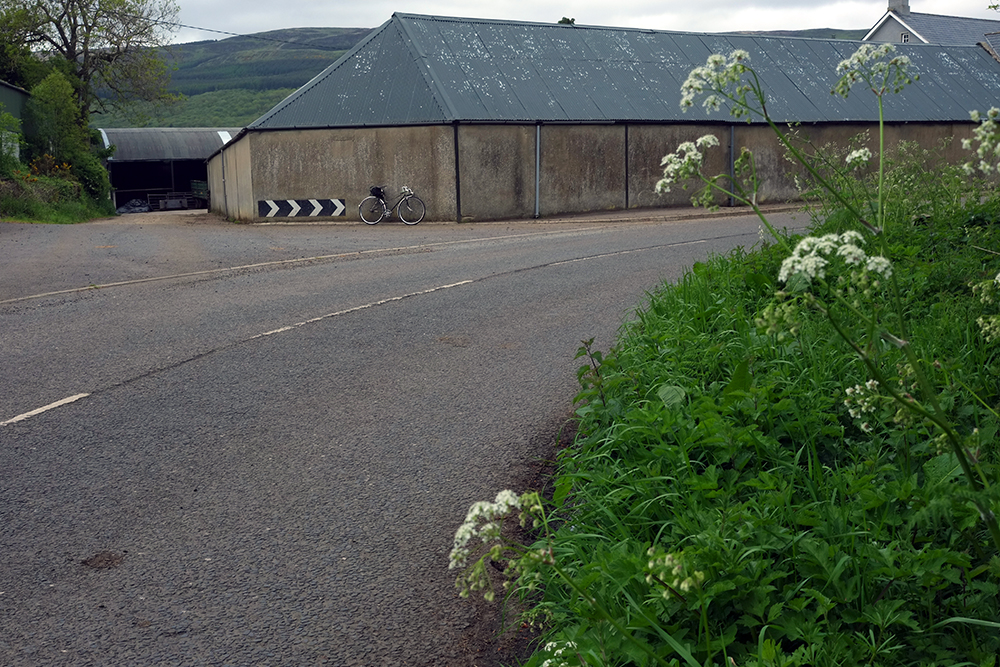 The country roads in County Derry are notoriously bendy. But one bend near the town of Limavady has an especially bad reputation. Although neither as sharp nor as awkwardly cambered as some of the others, it is said to have claimed the most lives. And so continuing on the theme of the senses from the previous post, let me tell you about the Death Farm.

In fairness this farm is a lush, picturesque enterprise, set amidst much Queens Lace and soothing mountain views. But it is situated on a bend. And the tall, curved stone wall of the farm's main structure sits in such a way as to turn invisible when perceived from certain angles.

I first experienced this phenomenon just shortly after having moved to the area. I was cycling to my then-home nearby and approached the bend from the west for the very first time. The green roof blended so perfectly with the trees and the mountain behind it, and the gray stone wall with the road in front, that I felt myself compelled to cycle straight ahead - along the "road" and toward the "trees" instead of turning into the bend. The illusion was remarkable. My mind knew there was a bend, not least because of the prominent warning arrows. And yet my eyes saw a straight road ahead. It was like that early X-Files episode about mind control, where the guy keeps saying "cerulean blue" in a soothing tone of voice until the driver of the police car crashes into a truck, convinced it's an expanse of sky he is heading toward.

I've been told this farm has a history of vehicles smashing into it - every year or two, like clockwork. Whether this is truth or local lore I cannot say for certain (an attempted search for evidence of traffic deaths on this road has proved unsuccessful). But my own experience certainly makes it seem plausible - I can especially see how drivers passing through and unfamiliar with this road might fall victim. Even today, with the trees standing bare and the green of the mountain reduced in the dead of winter, the illusion was strong.

It made me think of visibility. And namely, of other instances of "obstacle blindness." How many times have we watched someone walk into a door or a window right in front of them, or done it ourselves? Tripped over a large and obvious object right under our nose? Bumped into the person next to us, whether on foot or two wheels?

Along a woodsy cycle path in Belfast, they've recently installed these waist-high poles straight through the centre of the lane - presumably to prevent cars from entering. Seeing shots of this on twitter made me wince for the people of that fine city. Because, you see, similar contraptions can be found along the Minuteman Bikeway in Boston. And, despite being painted bright yellow, they're often cited as culprits by cyclists visiting the ER.

The human brain is an economical instrument. It lets us see what it "thinks" we need to see, often discarding in the process the information it deems extraneous. Most of the time this type of economy is useful. But sometimes it proves erroneous, making us blind to what is literally right in front of us.

As cyclists we focus on making ourselves visible. But are there measures we can take, I wonder, to train ourselves to notice obstacles?