My Gear, My One and Only 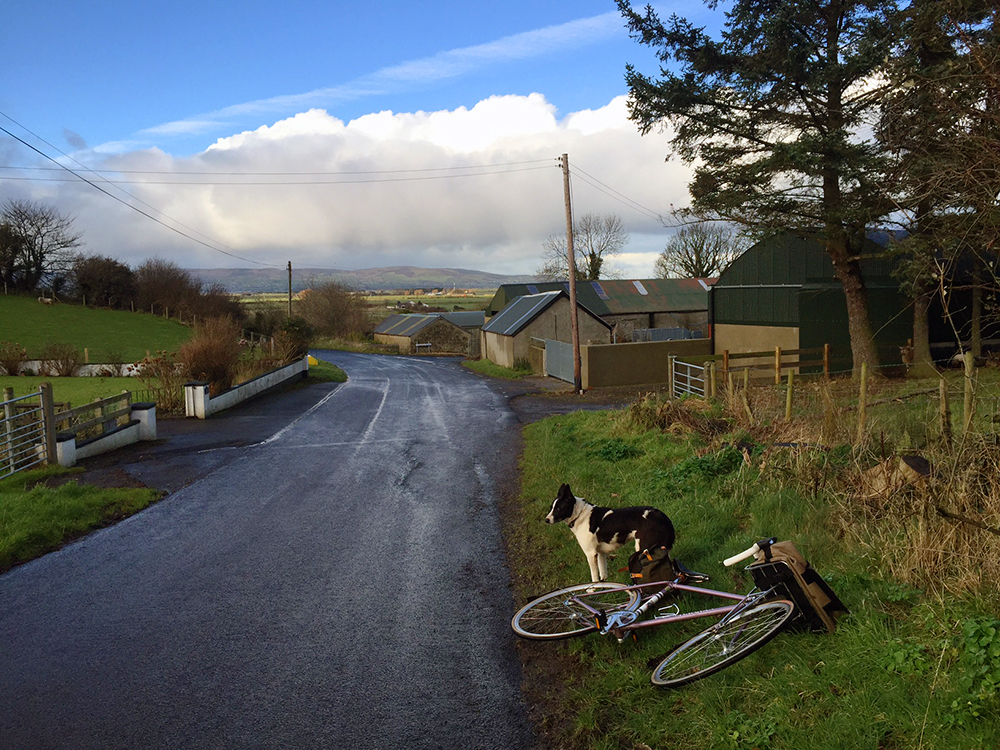 It used to be that when I climbed my thoughts were occupied with making it to the top, with worry over stalling out and toppling over, with whether I would outbrave the burn in my legs. Now when I climb, when I am on my own, I mostly daydream.

Even today, when I am weak and have what feels like the beginnings of pneumonia. My lungs aren't good; my legs have lost their summer muscle tone. And still I daydream and I don't suffer. And before long, I am at the top. I am not fast, but I am there, my breathing even, my face warmed by the sun.

These things I've learned since living in a place where every direction is up: Familiarity reduces gradients. As does muscle memory. As does the sheer repetition of it.

The hills which seem so formidable in their permanence when you first lay eyes upon them are really full of subjectivity. The hills are open to interpretation, negotiable. Who would have thought?

Certainly not I, three years ago, panting while ascending in my many-geared bicycle's granniest of granny gears.

"You need a sub-1:1 to ride here comfortably," I'd say to anyone who'd visit, asking me for gearing advice. And it was true. It was true two years ago, one year ago. It was true until - quite suddenly, it seemed - it wasn't. 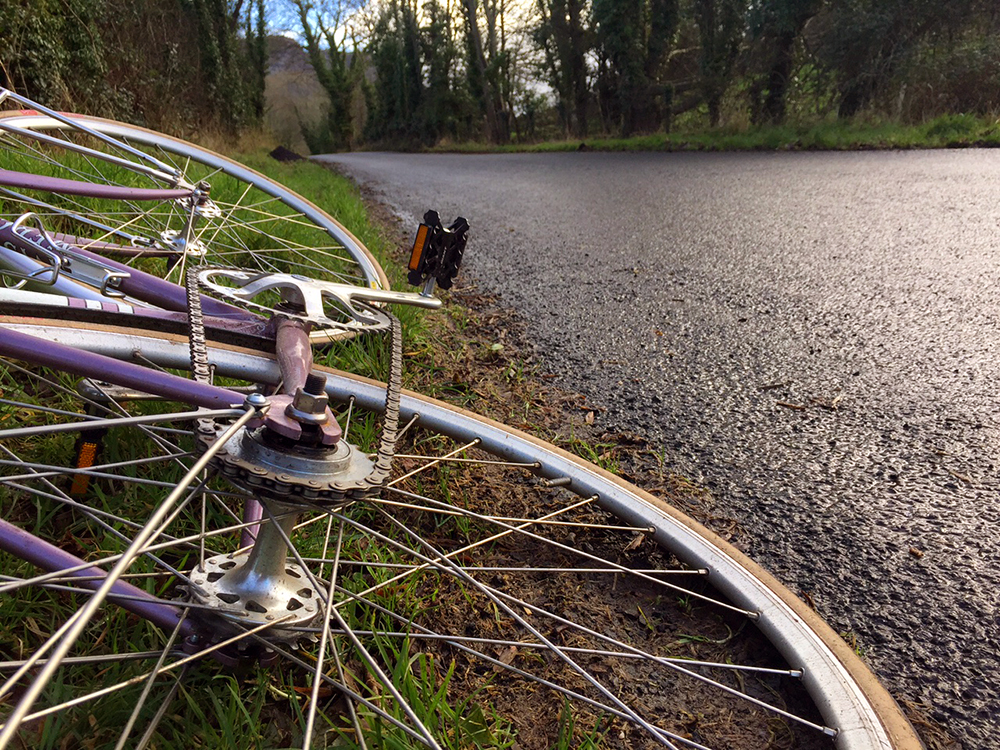 It was just over a month ago now that I converted my fixed gear Mercian roadbike into a transportation bicycle with hefty front rack, flat pedals, a free-wheel single speed. My intention was to use it for my mostly flat, but very windy commutes, 7-13 miles each way. My intention had not been to take it up over the mountains. I'd never even meant to try; I'm not a masochist.

And then one day I went to visit an acquaintance. I had never been to the house before, and, based on the directions I was given, I misjudged its location - thinking it to be just outside the town, at the base of the mountain, or close enough to the base. I kept cycling and looking at the house numbers, checking the map on my phone in their absence, and still was nowhere near it.

The road began to rise. The address kept showing as further on ahead on my map. And so I pedaled on, the bicycle moving willingly enough beneath me although at a lower cadence. It was as if the pedals were taking their time, as I was, ensuring we did not miss the house, disguised perhaps by shrubbery.

Observantly and almost meditatively we pedaled as the road continued rising, until, after some time, the rising stopped. Before me, views of snaking rivers and the seashore and the neighboring counties spread in all directions. Snapping out of my vigilantly house-seeking state, it took me a moment to understand what was happening.

I had reached the top. Of the mountain. On a single speed bicycle.

In the first instance I felt alarm. That feeling, when a place you have come to think of as deeply familiar is suddenly not. It is disorienting. A panic sets in, a sinking sensation in the pit of the stomach, like falling. What's happened to this mountain? Did someone shrink it? Was it the wrong mountain? What I'd just done should not have been possible for me to accomplish.

The address I'd been looking for was indeed at the base of the mountain, only on the other side of it. Realising my mistake finally, I descended toward it and, after my visit, repeated the climb backwards.

That day, and for many days after, I felt as if I had attained a secret superpower. The superpower of not needing gears. With renewed wonder I studied the simplicity of my bicycle's drivetrain, with its taut chain, its single cog, its lack of pulleys and bolt-ons, its unadorned open dropouts. Can it be that, when push comes to shove, this is really all I need now?

It's you and me, my gear, as long as my lungs and legs will carry me.