Getting Lost in Yourself 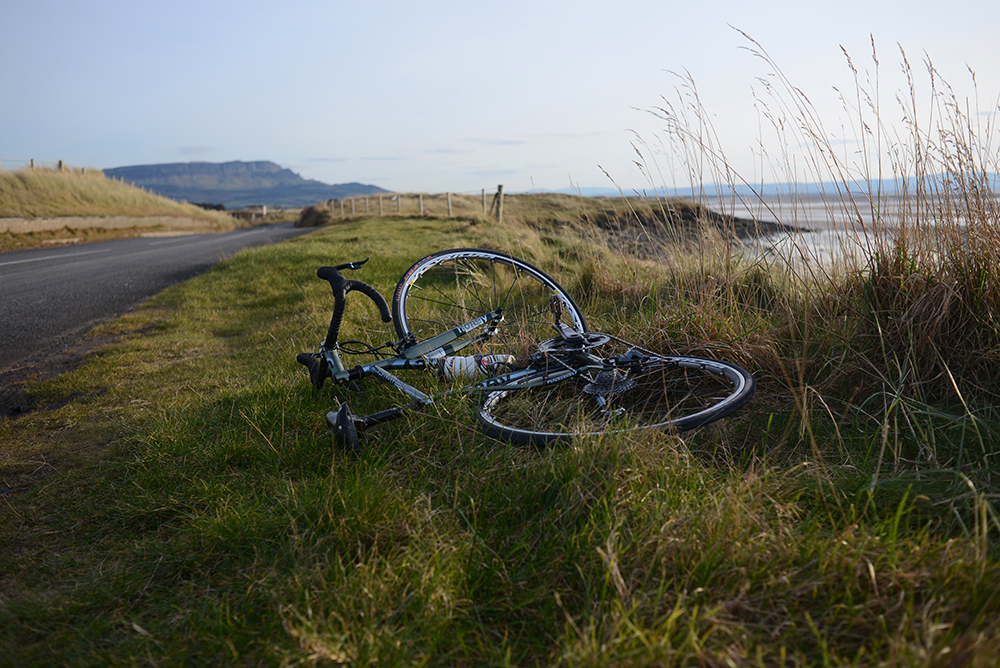 It had once been the case that on long, strenuous rides - those rides when my body would all but give up on the final stretch home - I would comfort myself with the Nearly There game. "Only X miles to go" was a thought that would bring some relief to aching muscles and depleted stamina. And, with that aim, I counted down. Now the familiar mountain view. Now the river crossing. The railroad tracks. The village shop. The neighbouring fields...

Passing familiar landmarks ever closer to home, I could almost taste the finish, the final unclipping, the sensation of stepping indoors, the cold (or hot) drink whilst sprawled on the sofa, the peeling back of salt-encrusted layers, the strange delicious mixture of relief and euphoria that is the post-ride resting state.

And then one day it ended.

For as I called out the places we passed and uttered assurances as to their homeward proximity, a friend laughed and said to me: "You are making it harder on yourself."

"When the body starts to expect what it senses is near," he said, "the yearnings only grow more unbearable."

I thought about it for a moment and put it less poetically: So you think it's like when you kinda sorta have to pee, but can totally hold it in for a while, until suddenly you are in the house, and you know the toilet is nearby, and then all at once it becomes completely unbearable and maybe you even pee in your pants a little before you reach the toilet?

"What I mean to say is... Don't look for the finish line. Instead settle in within yourself."

"Get lost in yourself."

I can do that. If anything, getting lost in myself, trapped in my thoughts and imaginings, has always been all too easy. Had I strived for years to find my way out, now only to be told to settle back in?

Some things hit you straight away with their profundity. Others you chuckle at. At first. But then somehow, over time, they not so much sink in as trickle in - slowly, but surely, changing you, causing a shift in thought or sensation or point of view.

And on subsequent rides of that sort, in that difficult, painful home stretch, I became aware that I was no longer counting, anticipating. I was settling in, getting lost.

The final miles home - once represented in my mind as a straight-shooting arrow - became a labyrinth. And yet wandering within it, neither seeking nor anticipating an endpoint, I felt better. Calmer. My aches and exhaustion grew more muted, distant, unimportant. And reaching home became a surprise, like being jolted out of a trance.

These things, we might say, are just metaphors. Coping strategies in moments of difficulty.

Like the "pain cave." Or "Shut up, legs." Or whatever else might be coined into a memorable phrase or motto.

And why not? It's about whatever resonates. Whatever helps us make sense of the tangled sensations we experience in these challenging moments of cycling.

And so I settle in. And I get lost. And as those final painful miles expand and contract in their own devious ways, it troubles me not at all.