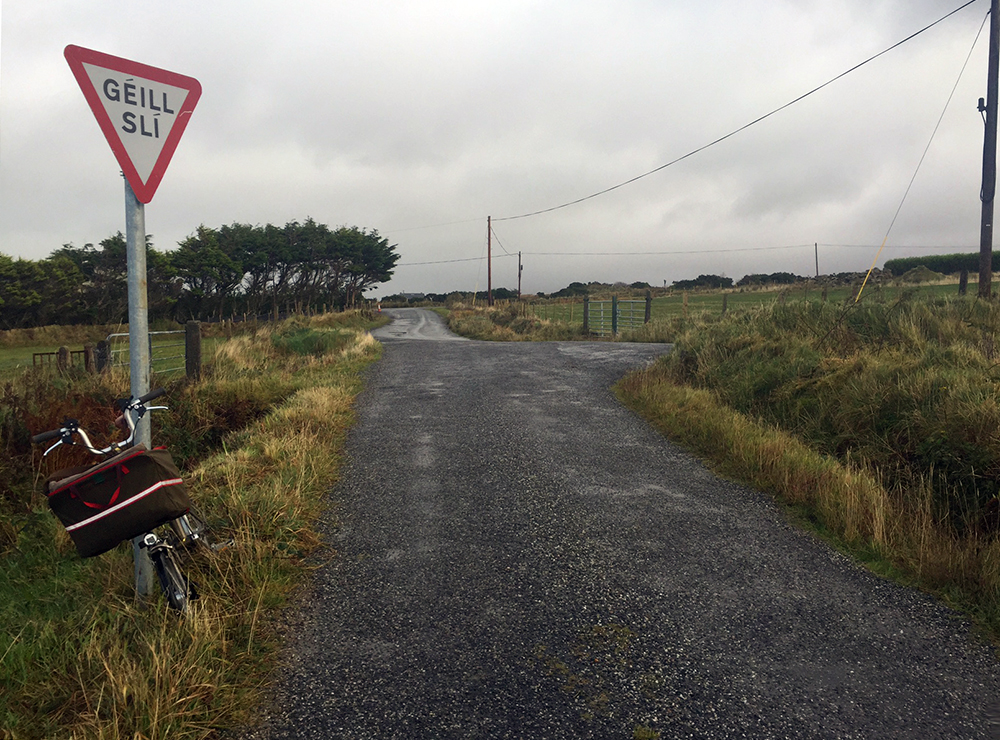 Cycling up a long, steep stretch of the main road, I noticed a car emerge from a narrow side road ahead. The driver was just about to turn across traffic, when he spotted me and stopped, mid-maneuver. He was now positioned awkwardly, both the main and the side roads being steep and meeting at a strange angle. At the rate of my huffing and puffing, there was plenty of time for him to turn before I would reach the intersection; he would not be cutting me off. So, after checking traffic was clear, I gestured, waving him through. He promptly raised his hand in acknowledgement and made the turn, while I proceeded uphill past the now-empty intersection.

Shortly after, I heard the unmistakable swoosh of knobby tyres behind me. And sure enough - a gentleman on a mountain bike pulled up beside. We chatted for a couple of minutes about this and that, quite pleasantly. And then, just before peeling off, he said "You shouldn't do what you did back there you know, waving that fellow through when you've the right of way. It only confuses things. Be safe!"

And with that he was gone - before I could even feel amused (he had clearly been building up courage to say this to me at the last moment!) or defensive. Before I could explain that ordinarily I do not do that, but that in my judgment, in this particular situation, given the road conditions and yada yada, it made sense.

Still it's hard to argue with a point that I myself agree with. More often than not, these situations have a similar feel to them, as when someone holds open the door when you are too far away to take advantage of this gallantry gracefully - and are forced instead into an ungainly jog, arriving to accept the favour you had no need for with a forced, breathless "thank you."

As a cyclist I particularly dislike it when drivers attempt to yield to me or wave me through when it is their right of way. First, I do not quite trust them not to change their minds should I take them up on the offer. After all, who hasn't taken part in that silly dance, where a driver seems to signal for you to proceed, only to proceed themselves once you start to move. And then, once you stop, they too stop. Repeat ad nauseam!

But even should the driver wave me though very clearly, experience tells me it is not necessarily safe to proceed on their command. There can be hazards present the well-meaning yielder is not aware of - for example, a car in the adjacent lane driving on, not realising why the other driver has stopped. So whenever a driver yields to me out of turn, I have to conduct an analysis for things like that, rather than blindly accepting their offer - which makes the whole ordeal longer and more awkward than had the driver just taken their turn and, subsequently, cleared the way for me to take mine!

In short, I find it easier, safer and less stressful to stick with the rules of traffic, than to enter into ambiguous negotiations. Which of course, still does not mean there can never be exceptions. In the end, it is our judgment call, and it is context dependent. As a road user, I try to be predictable and consistent. Mixed signals are to be avoided.
Labels: traffic