The Auld and the Virtual 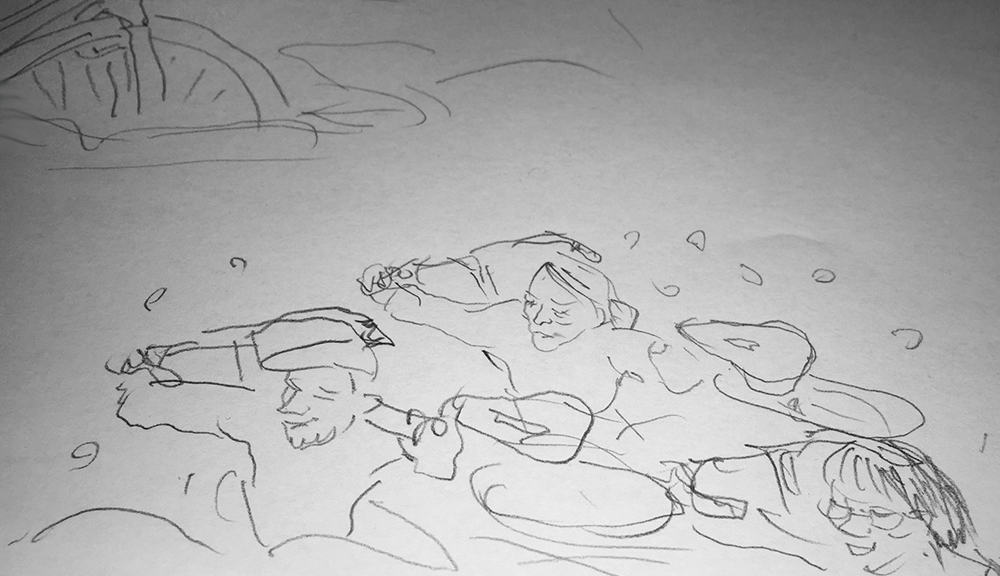 It was a horrible day for motoring, let alone cycling. But having wandered around the sheltered side of the mountain till the wind grew too strong to stay upright, I returned home sufficiently spent to  dedicate the day's remainder to sipping hot port by the fire, pen in hand. I was poised to write a letter - an actual letter - to a friend I hadn't seen in two years. And as the nib began its familiar trek across paper, it nearly felt as if the physicality of this act could compensate for how abstracted relations become after such prolonged absences.

It occurred to me then that most of the people I consider friends, I have not physically met with in quite a long time now. And yet, when I think back to each of our partings, I am struck by the marked absence of regret - as if at the time we failed to grasp the permanence of these separations. Raised in the age of technology, perhaps we all cheerfully believed that email, phone and text would shorten distance; that there would be no real absence as such. And what do we believe now? That is a question from which I would rather distract myself.

Later that night I slept deeply and dreamt of a winter's evening in a city covered in snow. In the dream I was cycling along a mostly cleared bicycle path with two friends - Dave and Patrina. All three of us rode heavy Dutch bicycles, and I remember quite vividly every little detail about their company - their voices, their movements, the clothing they wore, even the silhouettes of their bodies in the streetlamp-lit night. It was all very familiar, like the feeling you get around friends  whose presence has long been a given. Only the interesting thing is, I have never met either Dave or Patrina in my life. I know of them only through their former bicycling blog, Portlandize. Over the years, we have admired each other's photography, have gotten involved in discussions, have exchange messages and corresponded privately about personal topics. But even by the online definition thereof, I don't think we can be considered friends exactly. And yet, in my dream there we were - out on the town together as the snowflakes fell on us picturesquely. And it felt so very real.

In the dream, the three of us ventured off the urban plowed track and cycled through a series of fields, which we thought to be a shortcut to whatever place we were heading to. "Hang on," said Dave at one point and stopped his bicycle, "let me just test this next part before we cross it. The snow looks deep; we might need to walk the bikes." Dismounting his bicycle he took a step forward, then promptly sunk knee-deep into what looked like slush with a snowy top layer. We realised then than we had come to a stream. With another step forward, Dave was in past his thighs, confirming this.

In a way that made logical sense as it only can in a dream, we all three decided to cross the slushy, snowy water. Dave went first, gradually submerging chest-deep while dragging his bicycle over his shoulders. Then Patrina and I crossed together, struggling somewhat with the weight as our bikes were tugged sideways by currents - yet giggling at the challenge of battling the water's pull. The stream was more the size of a small river and crossing it took some time. But there was no sense of danger. Or of cold for that matter. And when eventually we emerged from the opposite bank, we simply flicked the wet snow off our overcoats and continued to pedal into the night. At the end we made it just on time to the theater, I think - but the rest of the dream is vague.

There are multiple ways to interpret a dream like this, if one is so inclined. But my view is that most of these things are collages our mind puts together, of images and events recently experienced and read about. The flooding that's all over the news now, with images of people dragging their belongings through water. That scene out of Full Tilt, where Dervla Murphy crosses a stream with her bike in Afghanistan by hitching a lift on the back of a small friendly cow. The glimpses caught of Dave and Patrina's instagram feeds not long before going to bed. The forecast of possible snow for the following morning. There does not need to be a deeper explanation then a simple mix and mash of these fragments.

At the same time, one could also say that my dream mind "used" the personas of Dave and Patrina to express a longing for friends in a way that was emotionally safer than had I conjured up the actual, real-life people I missed.

Then again, there is the rather obvious explanation that in a sense I miss Dave and Patrina themselves - or, more accurately, the era of the Portlandize blog and other utility cycling sites than are no longer active - such as EcoVelo and Let's Go Ride a Bike. The online cycling community - if it can be called that - is different now than it was, say, 5 years ago. It is larger and teeming with more information than ever. But it is also less intimate, less close-knit. And the very fact that such a thing can be said of an entirely virtual entity is telling. Perhaps the real vs virtual distinction is a false dichotomy.

We can write a letter to a friend or we can send them a text. We can talk on the phone or across the room by the glow of the fire. We can share ride reports on bicycle forums or pedal side by side along a winding road. It need not be about which is the "better," the more "real" form of interaction. It is all, in one way or another, a form of human contact. And no matter how independent we think we are, we  need it, crave it, long for it.

So here is to new acquaintances and "auld," to the real and the virtual. Thank you for the human contact, dear readers. And Happy New Year!
Labels: holidays psychology sketchy stories