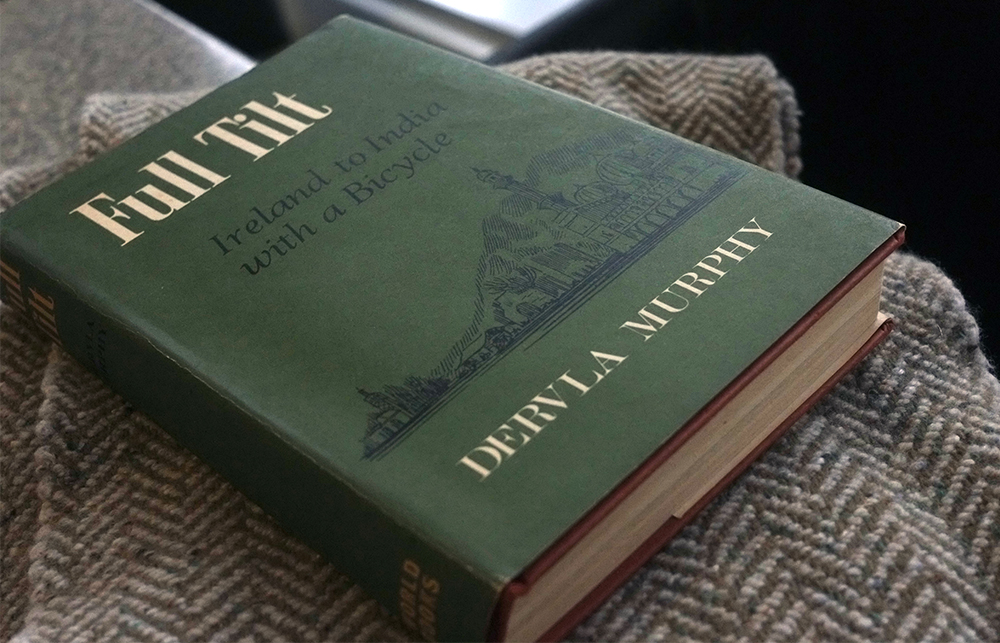 Since my move to Ireland, more than a few people have told me that my stories, photos, and whatever glimpses of my living circumstances that my writing offers, come across as fantastically improbable. The landscapes are overly dramatic; the weather conditions impossibly dismal; the locations unrealistically remote; the colours overly saturated; the stone cottages too stone-cottagey! Even meeting people here has been marked with a fatalism normally reserved for fairy tales. Love at first sight. Friendship at first meeting. There are too many coincidences. Too many things and people manifesting at pivotal moments, as if out of thin air.

And there isn't much I can say in retort, because really I agree. If someone had told me 3 years ago that I would be living in the location and manner in which I now actually do, I would not have believed it. It has been an improbable journey. But then I am used to those. And perhaps that is why I accept fantastical stories of others with the nonchalance of one who knows all too well that truth can be stranger than fiction.

So I thought of myself at least, until I picked up the hardcover book that a friend (most improbably acquired, of course) brought to my house one evening. It was a book that others had recommended. And now that it sat on my kitchen table, its aged green dust jacket facing me fetchingly, it hardly seemed possible not to read it.

As is nearly always the case with travel writing, I expected to be eased into the story. But Dervla Murphy's fabled Full Tilt: Ireland to India with a Bicycle felt like being grabbed by the lapels. Within the first handful of pages, the author was cycling over icy mountain roads in a blizzard, entering Eastern Europe illicitly, chasing down a gang of geriatric bike thieves, and defending herself against not one but two attempts at rape - with the aid of a handgun, which she had managed to carry, concealed, all the way from her native Ireland.

Granted, this was 1965. And so continually I remind myself that some aspects of the author's journey that would be actually impossible today were at least somewhat more plausible at that time. Even so, as one dramatic border crossing, disastrous encounter, magnanimous stranger, violent skirmish, and stroke of good fortune followed another - all recounted in a tone that I can only describe as energetically matter-of-fact - my own ability to accept the fantastical, uncanny and improbable, was being duly tested!

This is not to say that I don't believe Dervla Murphy's story. Her unsentimental manner of recounting events, even the very fact that she makes the distinction of traveling "with a" bicycle rather than by bicycle (at times various misfortunes prevented her from cycling, and so significant chunks of the journey were done by means of motorised transport), leaves no doubt in my mind that she is committed to documenting fact. It is not her fault that fact just happens to be dense with action-packed misadventure!

Then again, maybe it is her fault just a teeny tiny bit... For instance, she did choose to set off on her bicycling tour during one of the worst blizzards in European history, which was what set the tone of the entire trip. And of course she admits this freely. Throughout her travels, the author makes questionable choices boldly, then accepts responsibility fully when things go awry - rather than blaming circumstances, other people, or "bad luck." It is a trait in the author (who keeps much of her personality concealed in this autobiograpical account) that I find quite admirable.

I am writing about this book even though I have not yet finished it, because in honesty I am not entirely sure that I will finish it. It is a tremendous, exciting book. But parts of it remind me of things and places in my own past that I am not ready to revisit yet. Other parts drain my mental capacity for the action/adventure genre. {Edited to add: I did read the entire book after all; it was well worth it.}

But my personal peculiarities aside, I believe that many - possibly most - of my readers would enjoy Full Tilt, and for that reason I bring it to your attention. It is solitary bicycle touring at its most romantic - without being romanticised. And, improbable adventures aside, one thing it communicates is quite realistic indeed: that a cycling trip can be both a failure and a success. And spectacularly so.
Labels: books travel