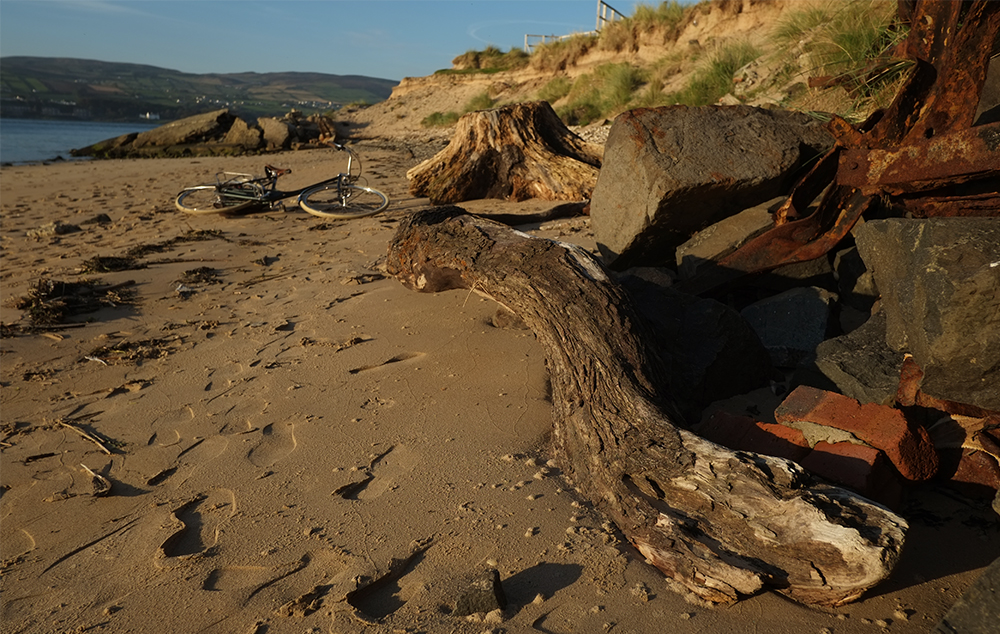 Like so many others, as a child I went through a seaglass collecting phase. I had a little book that showed me all the shapes and colours to look out for. But somehow this tome glossed over the fact that the gemstone-like objects were really shards of discarded bottles, so that finally grasping this fact after summers spent collecting the magical fragments filled me with a deep sense of disillusionment.

Driftwood is another one of those romantic nautical euphemisms. Though the name is evocative and mysterious, it is essentially wooden debris - debris so ravaged with age and salt and sun, as to attain a glamour it likely never enjoyed in its former life. 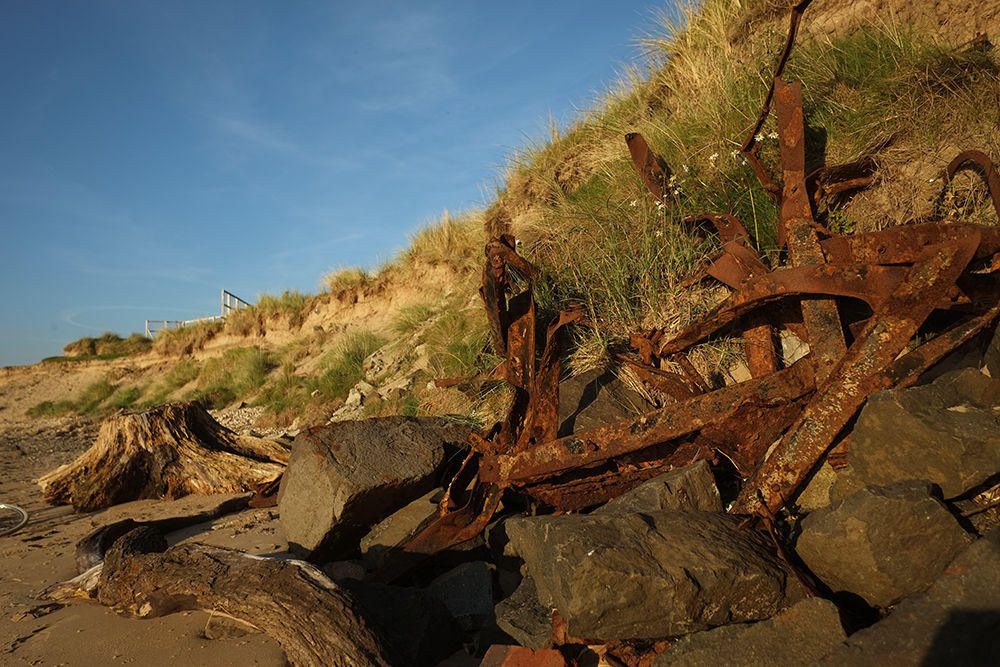 I had never before lived in a driftwood-rich area. But the shores of the Lough Foyle are teeming with it. Flung onto the beach by sea waves in its velvety, porous, sun-bleached state, the driftwood is admired with an awe reserved for precious - or mystical - objects. On a sunny day it glistens silver amidst the sand and dune grass and tangles of seaweed. And after a storm, you can see figures along the shoreline, moving amidst the stuff with a special slow-motion excitement. 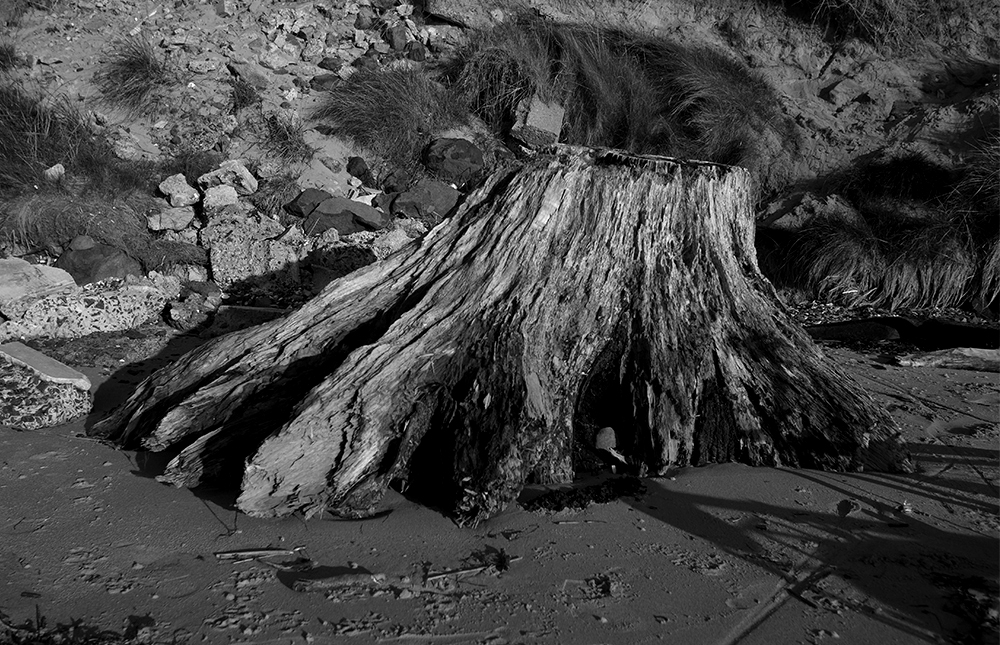 In the town one day a friend showed me a snapshot of a giant driftwood tree stump she had found on the beach the previous morning. So silvery and Ansel Adams-like it was, I felt compelled to set off in search for it on the spot. And so I cycled to the beach where she had said she found it, and then along the hard wet sand. But the beach was empty save for some scatterings of unremarkable dried twigs.

As the afternoon waned I gave up, and cycled home - only to spot it (or what I hoped was it) in the far distance, over the dunes, along a different stretch of shoreland. And then it was a race against the sunset. 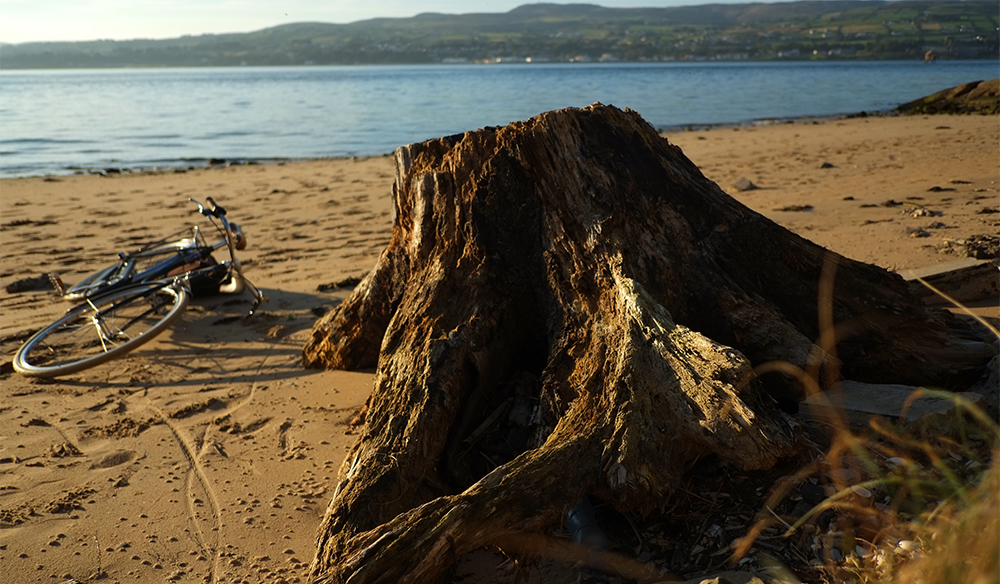 The sand along this stretch of beach was softer, but my bicycle resisted me in vain. I could already see the gleam of the giant, twisted timber ahead and wouldn't stop till I touched my hand to it.

The stump stood waist-high and was the width of a small shed. It was wholly bleached, except for streaks of rust, embedded deep in its crevices. I ran my hand along its wrinkled edges and looked at it with the confused affection one feels toward a beautiful animal they can't take home but are worried about leaving behind. 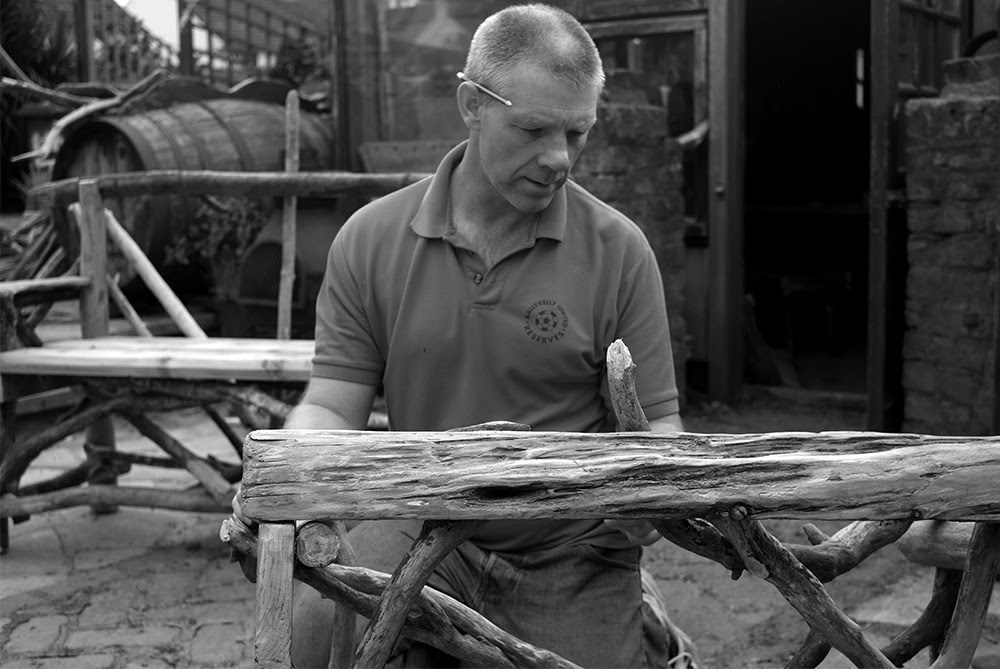 Then I considered phoning Hugh - a man I met last summer, who collects driftwood from both sides of the Foyle and uses it to make furniture.

Most use driftwood purely decoratively, choosing the curviest, prettiest pieces to work with, while making the base of the object out of more reliable stuff. Hugh, however, also uses it structurally. 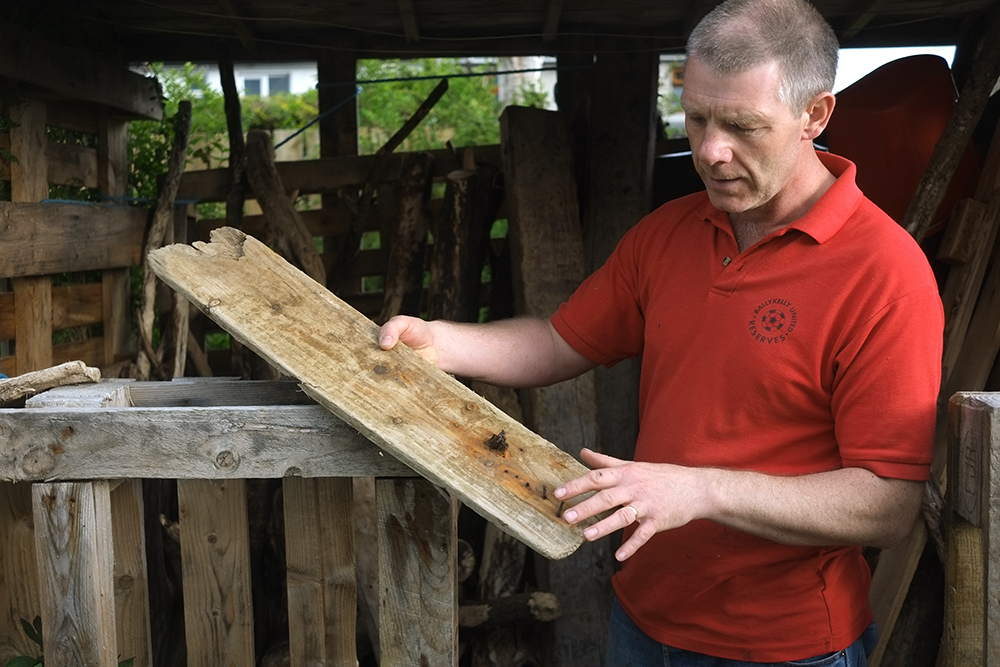 Collecting both the more attractive remnants of trees and the "ugly" flotsam that might once been part of boats, crates, furniture, he keeps an eye out for the latter as much as for the former, as that is the sturdier stuff, denser, and aglow its own brand of beauty. Marked up with clues of previous uses, and full of ancient nails and screws it tells stories and leaks rust and is lovely to work with. 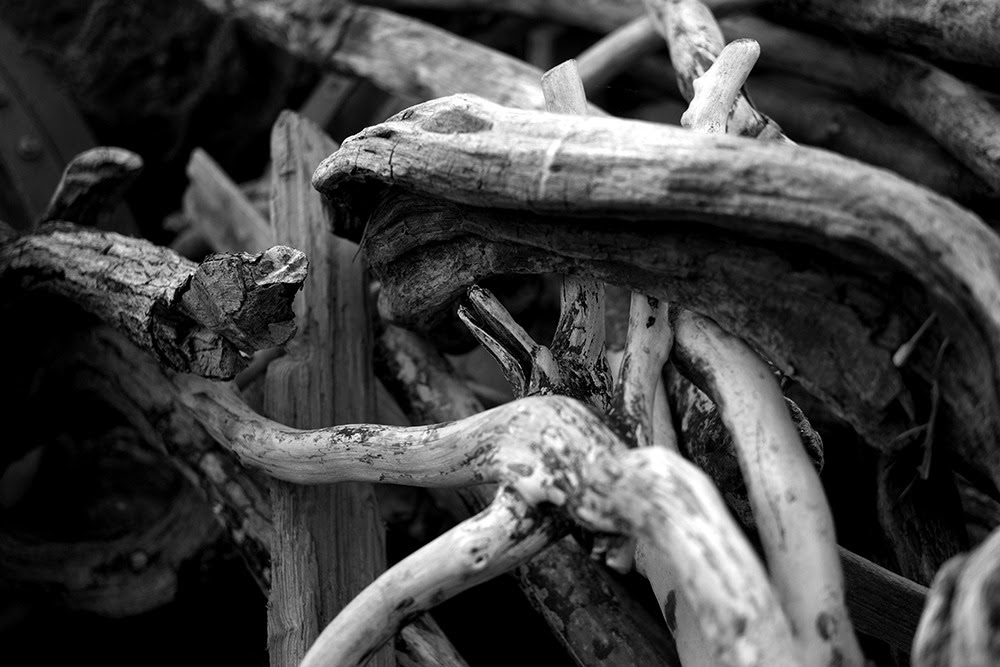 But in the end, I hadn't dialed Hugh about the tree stump. It was as if something in me decided that he must find it himself if he is fated to use it. For a few minutes longer I lingered around the thing, thinking of nothing but its marvelous texture which I might never touch again. And neither might anyone else. 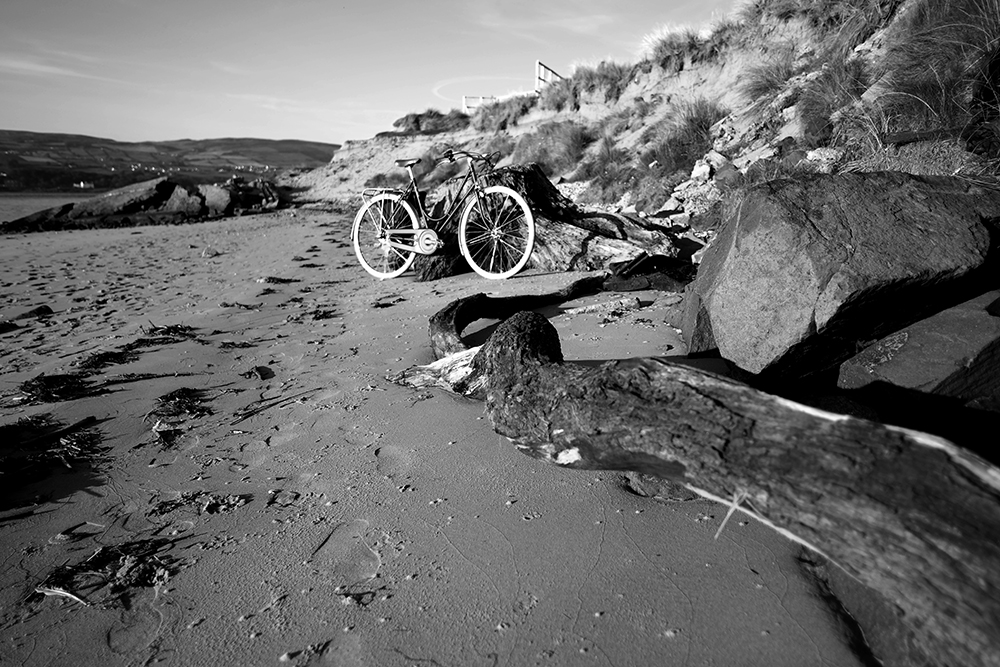 As I walked around and around the tree stump, in my hands I had gathered up a bundle of bleached silvery twigs and now moved with them toward my pannier as the sun was setting. Then at the last moment, I dropped them onto the sand, picked up my bike and rolled it, pannier empty, over the draggy sand and scratchy seaweed toward the main road.
Labels: beach handmade stories