The Country Mile - and Other Trends in Direction-Giving 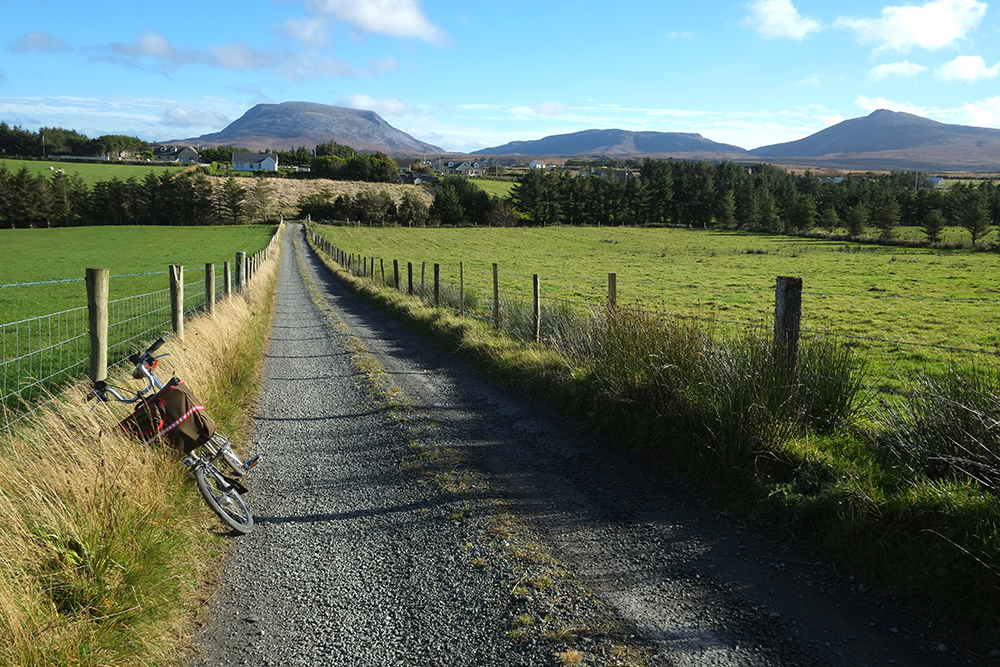 Some friends were talking about their recent tour around the countryside in a region they had never been to before. The trip being rather spontaneous, they had not made concrete plans for what parts of the route to cover from one day to another, and did not have a detailed map of the area. Fortunately the weather was good and the route fairly straightforward. Moreover, the locals were very helpful. "Every so often we would meet people along the way and ask - How far to Such and Such Place? They'd tell us how to get to the next destination. It was brilliant!"

I listened to this with a mixture of awe and envy. Because, funny enough, that is not quite what happens when I venture off into unknown territory and rely on others for directions. To be sure, people are always very helpful and happy to give information. But whether that information is accurate is another matter!

One thing I have noticed over the years of traveling in different countries, is that when asked for directions people don't want to let you down (or come across as not knowledgeable?) by simply admitting they do not know. Even if they don't know! So if you ask a local where something is and they haven't got a clue, they might feel compelled to guess or make something up just to be helpful. Of course this form of "helpfulness" can send you miles off course. So over time I have learned to sort of tell by the direction-giver's body language and facial expression whether they really do know where the place I am asking about is.

But it wasn't always so. Especially memorable is the time when, cycling after work in Vienna, Austria one evening, I wandered further into the suburbs than I'd meant to and stopped in a small neighbourhood park to get my bearings. A friendly, knowledgeable-looking couple walking their miniature poodle stopped to ask whether I was lost. They were very helpful, giving me detailed instructions on the quickest route back into the city ...and with their help, I ended up heading toward the Slovakian border, just as darkness descended! Luckily I met a policeman. He glanced at the crumbled paper on which the couple's directions were scribbled and shook his head. "Look here, yah?" he said, turning me around and pointing to a rather obvious-looking road with a bicycle track alongside. "Straight, always straight, and you are in Vienna. 15 kilometers."

I had cycled 15 frigging kilometers in the wrong direction! Well at least the distance he quoted turned out to be accurate, which is by far not always the case.

Much of our spare time this past summer my Significant Other and I spent exploring Donegal by bicycle. By this point we knew the area well enough overall to sort of wing it, and safely get lost in parts of it. And so often we'd set off only vaguely knowing where we were going, seeking out hidden backroads and scenic routes. In this manner we discovered many a lovely place off the beaten track we would never have come across with a more concise itinerary, and we chatted to locals lots. In the process it had become a sort of running joke between us to multiply any distance we'd be given when asking for directions by a factor of 2 or 3 at the very least.

"Is this the right way to Dunlewey?" we'd ask a man sitting on the front steps of his house, as we passed it, panting, climbing some semi-paved mountain lane.

"Oh aye, you're nearly there. Coupla miles down the road."

Earlier that very same day, we'd been told by two joggers reassuringly that the lake we were searching for was quite nearby: "Take a right at the junction, then keep going for about 4 miles and you're there." The directions in of themselves were correct. Except that the "4 miles" turned out to be 14!

Even official road signs are not immune from this trend. During one particularly exhausting trip, we were relieved beyond words to finally see a sign which promised our destination was near: "Ardara, 2km." With renewed energy we pedaled and pedaled, until surely we had gone double that distance, when we finally saw another sign: "Ardara, 1km." According to my computer, we had traveled 3.4 miles between the two signs.

"These must be country kilometers ...erm, country miles!"
"Irish miles?"

Later I was surprised to learn that the Irish mile - unlike the so-called "country mile," which is just idiom to mean "a long way away" - is actually a real measure, equaling 1.62 ordinary miles or 2.05 kilometers. And while the road signs, supposedly, have long been standardised to the uniform statute mile system, I suppose it is not impossible that the sense of distance of Irish direction-givers might still influenced by the old system. Maybe!

Then again, distance is one of those things that is more subjective than one might realise. The return trip seems shorter than the outward journey. A route that we've never traveled before always feels longer than one we know well. When the sun is shining and the road is our friend, the miles go by in a blink of an eye. When the road is draggy and the skies are bleak, the miles stretch endlessly. We can give ourselves over to fate and rely on the kindness of strangers for directions, or we can plan the tiniest detail. But even with the best laid plans and the most detailed maps available, the distance - and other aspects of the trip - can surprise us. And that, after all, is the best part.
Labels: Ireland stories touring travel