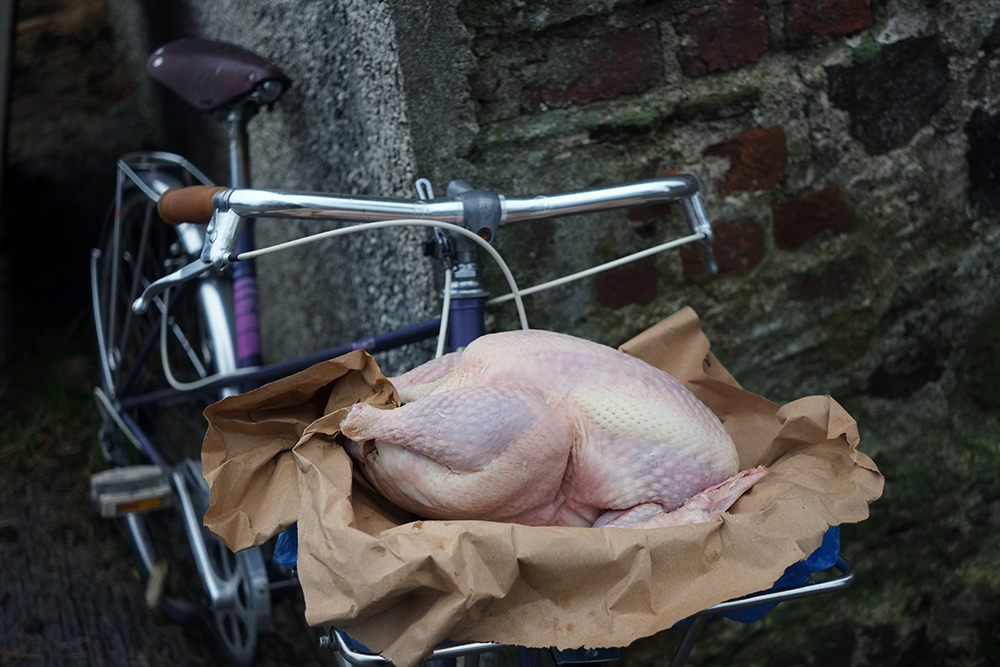 I did not have a religious upbringing. But like many European first generation secularists of their era, my family compensated for their breach with faith by being tremendously superstitious. As a child I could not recite a single prayer. But I possessed an extensive knowledge base of things that were in the general category of "bad luck" and could result in "jinxing." There were certain things you just could not do. And there were things that could not be spoken of out loud. It was considered bad luck, for instance, to talk openly about anything good that happened to you, or to admit to being happy - lest this "tempt fate" to take that away from you. In equal measure, it was considered back luck to talk about anything bad that happened (I now only vaguely remember the logic of that one, but something to do with tempting fate to show you that "things could always get even worse"). So what could you talk about? Admittedly, not much! The weather. Philosophy. Books you've read. Now that I think of it, bicycles seem like a pretty safe topic also.

When my parents moved to the US, our first few Thanksgivings were fraught with anxiety. All that thanking and praising and oversharing happening all around us! ...Not to mention the historical problematics of what was actually being celebrated. But with each passing year, this strange, annoying holiday whittled away our will to resist it.  Perhaps it was the contrast between the stark November days and the turkey's golden glow. Perhaps it was the opportunity to celebrate without religious symbols or the pressures of financially ruinous gift-buying. Whatever the reasons, by the time I reached adulthood, Thanksgiving became my favourite holiday - the one full of good memories and the one I always looked forward to. So the other day, when an Irish friend asked whether I miss the US (I have not been back to visit in over 8 months now), I unthinkingly replied "Well, only around Thanksgiving" - before realising that meant ...now!

What followed was a request to recreate the prototypical Thanksgiving meal here. And as a result, this morning I found myself cycling, through the countryside, in a dense fog, with a hefty dead bird lashed to my front rack. As sharp drops of rain pelted my face, the situation struck me as inexplicably funny. And like a madwoman, I pedaled, giggling out loud, while the turkey jiggled in its wrapper, the puddles glistened around me, and cloud descended ever lower over surrounding mountaintops. In this moment, if I weren't superstitious, I'd nearly say I was loving life, with all its unspoken-of joys and sorrows over the past couple of years.

Then again, better not jinx it! And so instead I will get busy preparing this turkey. And perhaps a cocktail. While wishing all my friends and readers a lovely day - whether filled with mealagrisian festivities or otherwise!
Labels: holidays stories